Charminar (Four Minarets) was built in 1591 by Sultan Muhammad Quli Qutb Shah, the 5th ruler of the Qutb Shahi dynasty, shortly after he shifted capital from Golconda to what is now known as Hyderabad. 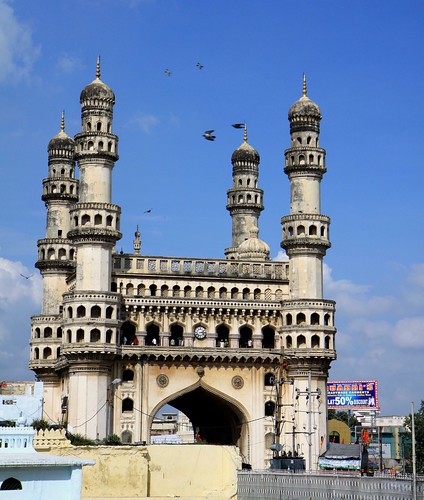 He built it to commemorate the elimination of a major plague epidemic from the city. The top floor, reached via a set of winding steps, provides panoramic views of the bustling Lad Market. 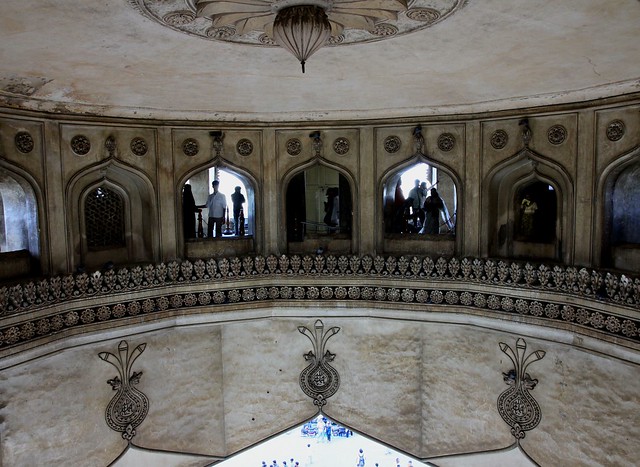 It is a squarish structure with four towers on the four corners of the square, each of whose sides is 20 metres in length. 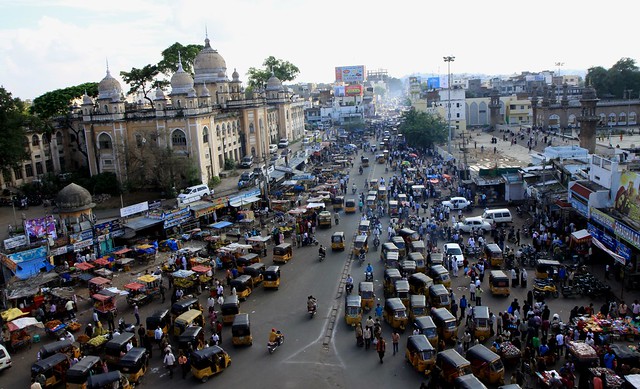 Views from the top

Mecca Masjid, one of the oldest mosques in Hyderabad, was built by Muhammad Quli Qutub Shah (5th ruler of the Qutb Shahi dynasty). 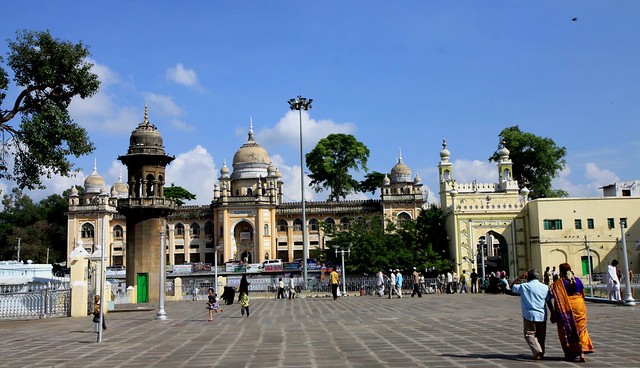 He commissioned the bricks to be made from soil brought all the way from Mecca. 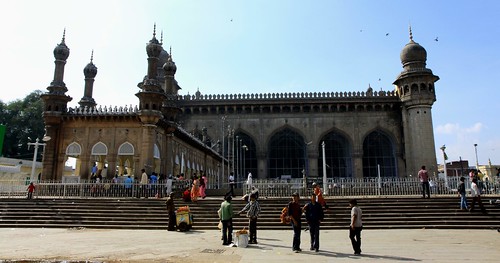 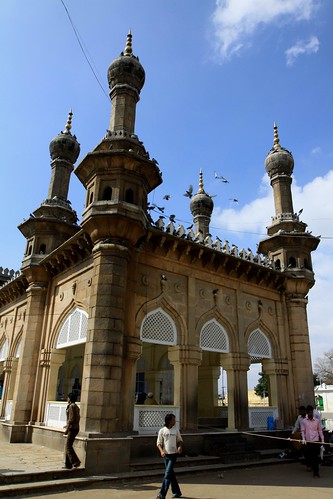 The entrance leads to a rectangular building housing the tombs of Asaf Jahi rulers. 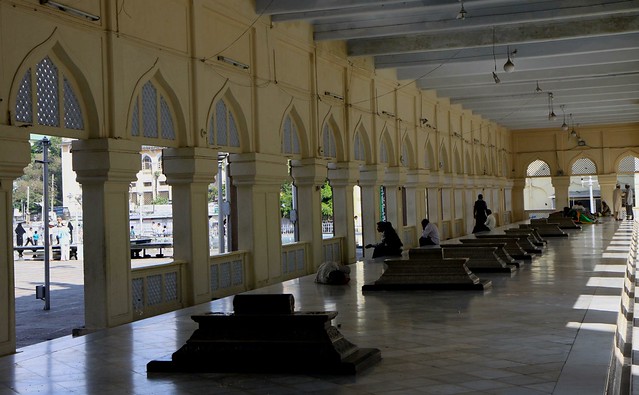