Built over 200 years ago, the magnificent Chowmahalla Palace was the seat of the Asaf Jahi dynasty and the official residence of the Nizam.

The complex, modeled after the Shah’s Palace in Teheran, consists of four beautiful palaces (Mehtab Mahal, Afzal Mahal, Aftab Mahal and Tahniyat Mahal). It was completed during the reign of Nizam Afzar-ud-Dawla Bahadur.

Mehtab Mahal is home to the splendid Darbar Hall and a series of rooms recreated with furniture, photographs and art to capture the grand lifestyle the Nizams. 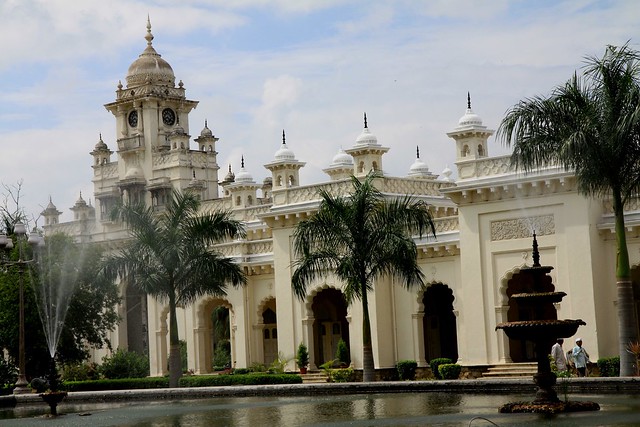 The Darbar Hall was used by the Nizams to hold their court and important ceremonies. 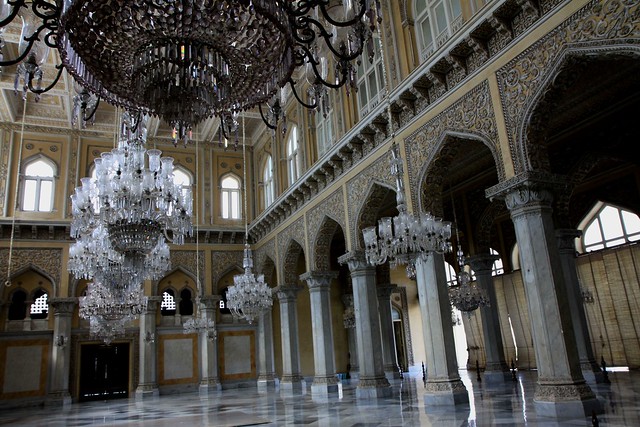 The Takht-e-Nishan (Royal Seat) is placed on a marble platform at one end of the magnificent pillared hall. 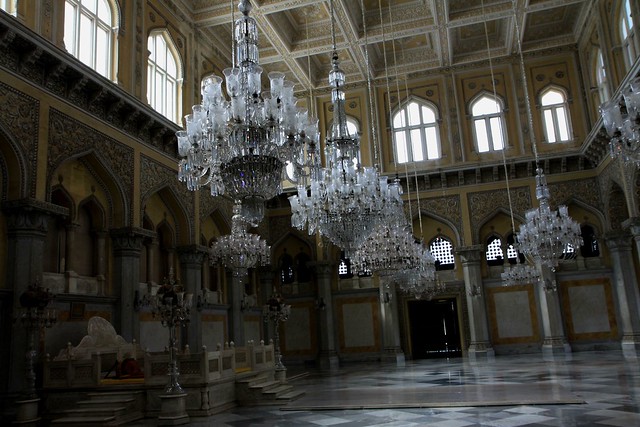 The 19 Belgian crystal chandeliers add to the splendor of this regal hall. 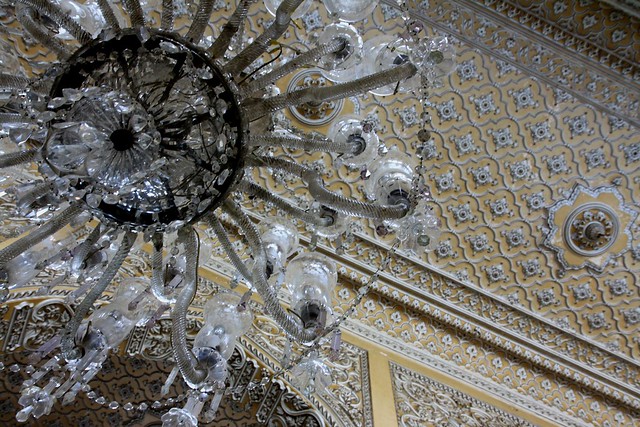 The upper floor has now been converted into a mini museum housing crafts, furniture, and arms. 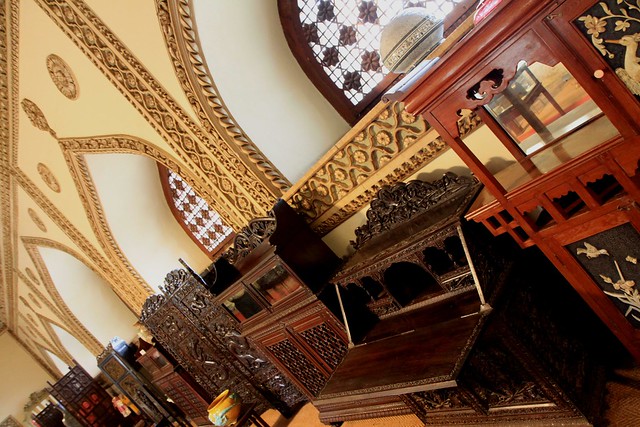 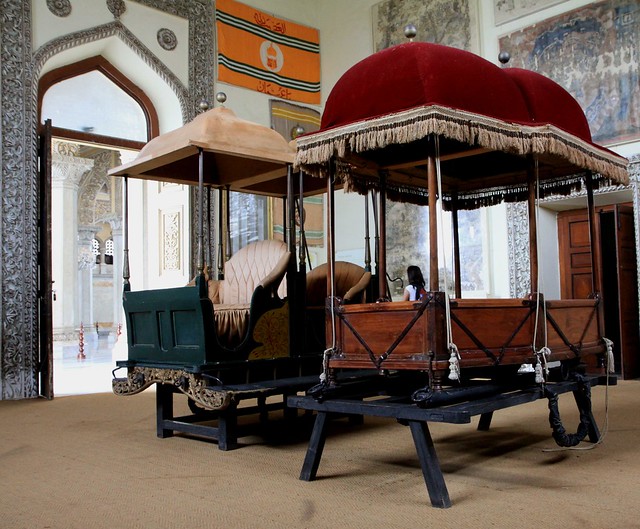 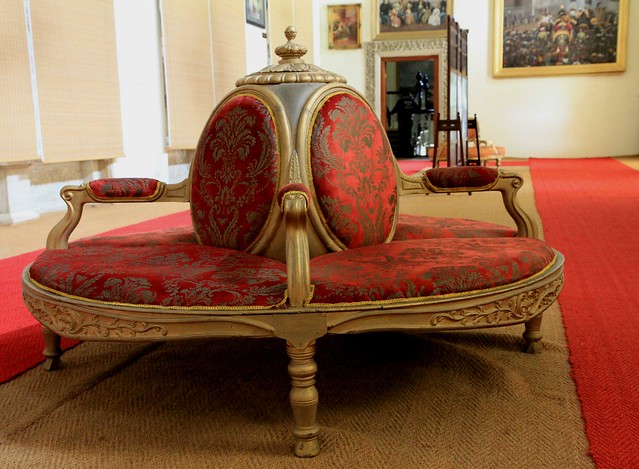 Fancy looking chair – not very apt for having a conversation

This mechanical clock has been ticking away for the last 250 years. It is maintained and wound every week by a family of traditional clock repairers (Mohammed Khasim). The family owns a shop in the nearby Lad Bazaar, which is now managed by Khasim’s son Mohammed Hussain. 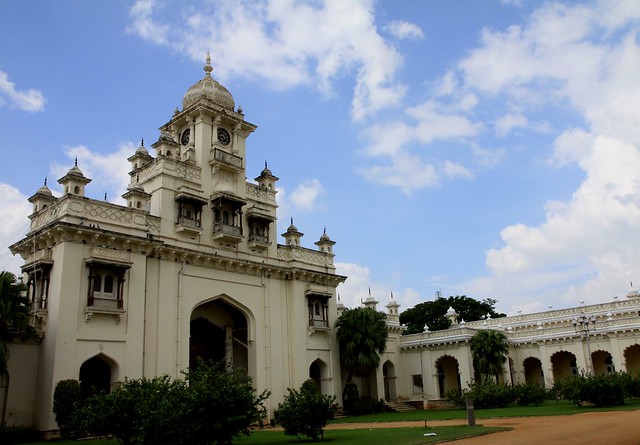 Aftab Mahal on the eastern side of the central water pool has been converted into an exhibition space to provide glimpses of the Zenana (Women Quarters). 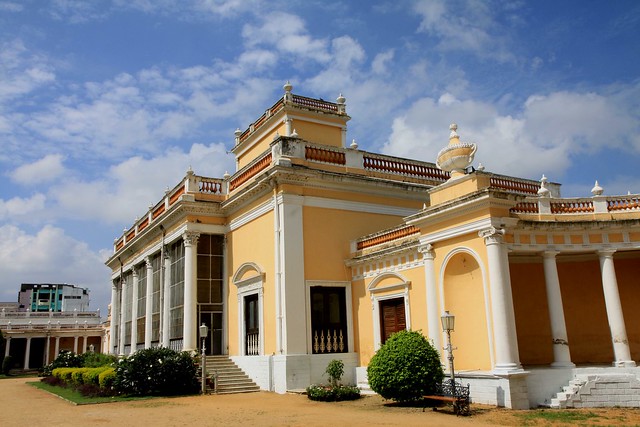 Aftab Mahal has a permanent exhibition aptly named “Tamanna-Reflections of the Royal Zenana”. 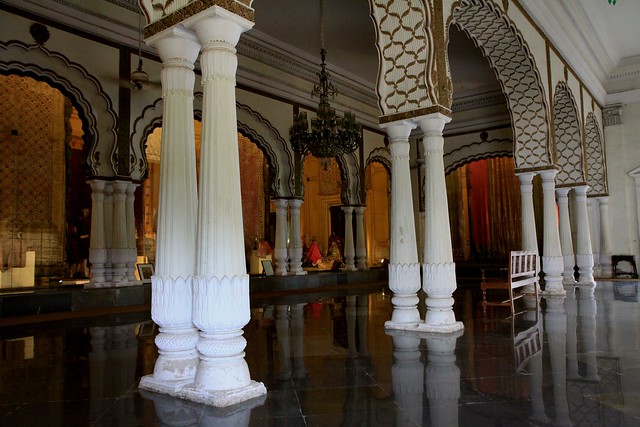 This exhibition displays some of Hyderabad’s finest textiles and embroideries. 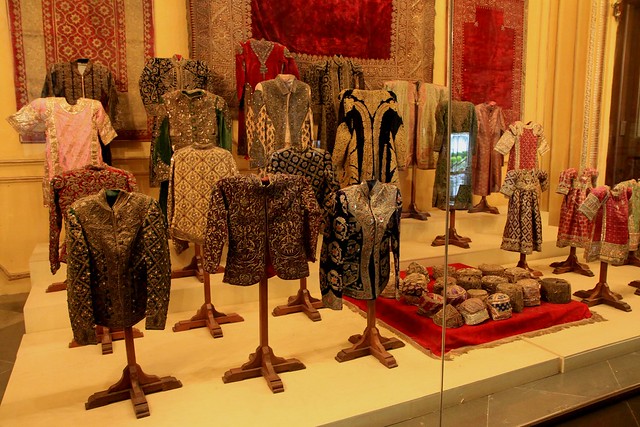 Afzal Mahal is the grandest of the four Mahals. 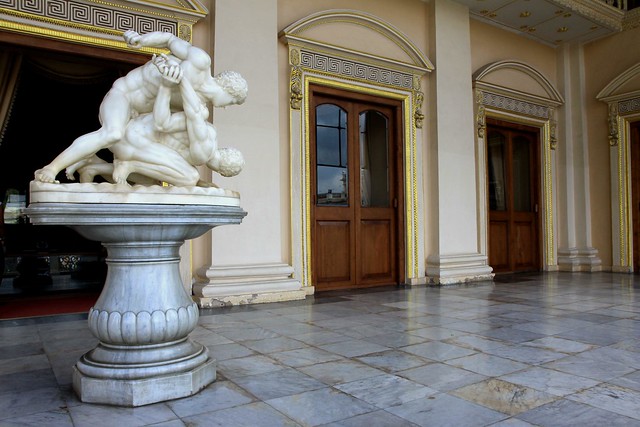 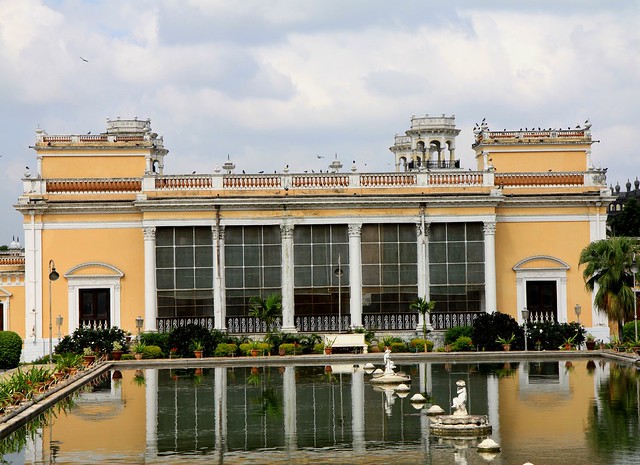 View of Taniyahat Mahal from the Verandah

This palace is used whenever the Nizam’s family visits Hyderabad. 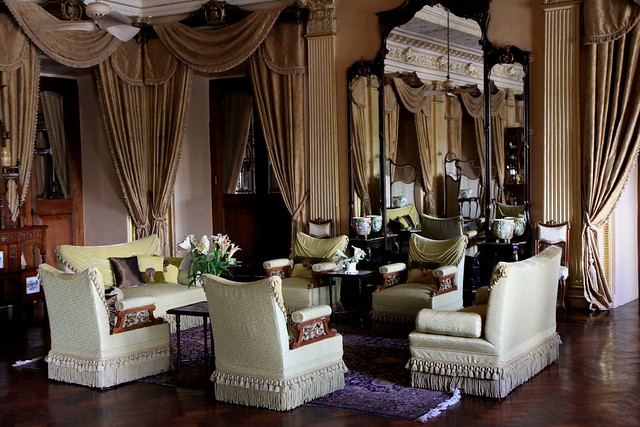 One Response to Chowmahalla Palace