The tombs of the Qutub Shahi kings, who ruled the kingdom of Golconda from 1518 to 1687, are located about 2 kms from the Golconda Fort.

Jamsheed Quli Qutub Shah, the second Qutub Shahi ruler of Golconda, ruled from 1543 to 1550. He was a cruel ruler, who killed his own father and blinded his brother who was the heir to the throne. 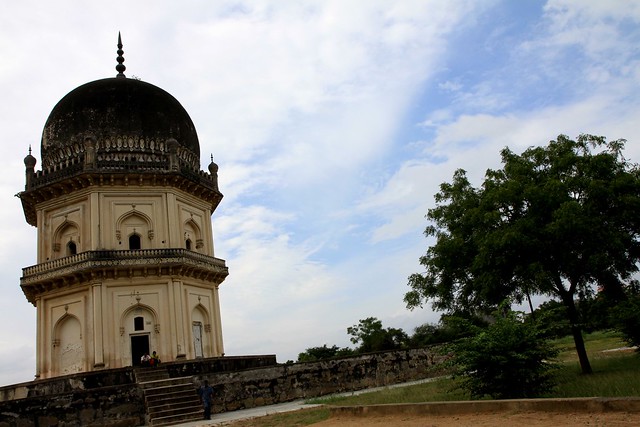 Ibrahim Quli Qutub Shah, the 3rd king of the Qutub Shahis, lived in exile in Vijayanagara during his brother’s reign. He took the throne after Jamsheed’s death. He later confederated with the Bahmani sultans in the Talikota war of 1565 and killed Aliya Ramaraya who had sheltered him during his exile. 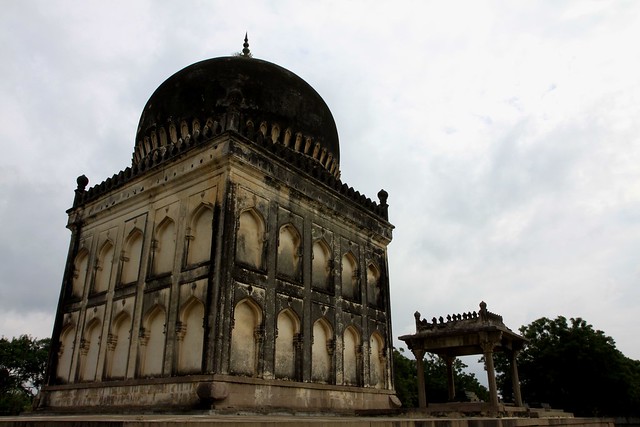 Muhammad Quli Qutb Shah, the fifth sultan of the Qutb Shahi dynasty, founded the city of Hyderabad and built the famous Charminar. His reign of 31 years was the high point the dynasty. 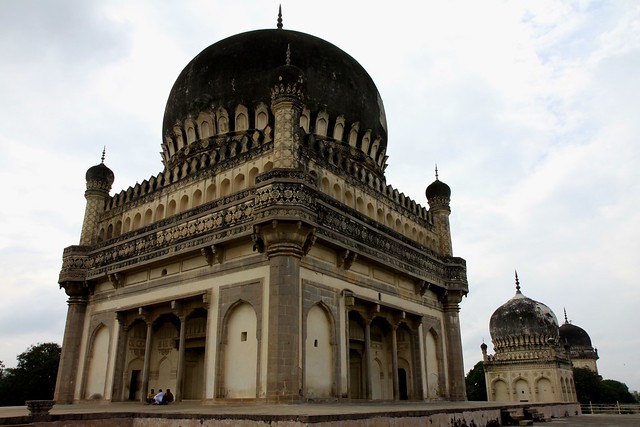 Sultan Muhammad Qutb Shah was the sixth ruler of the Qutub Shahis and ruled from 1611 to 1625. 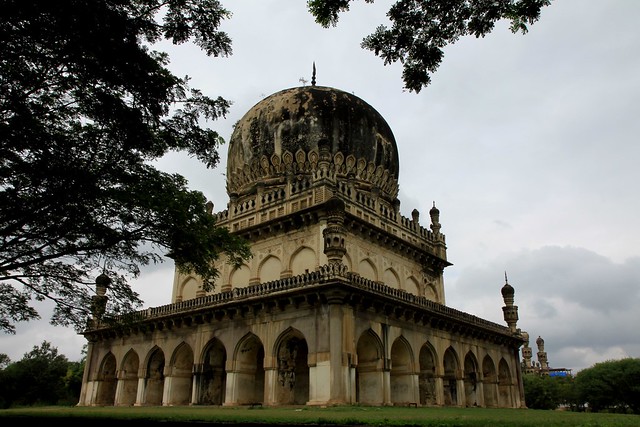 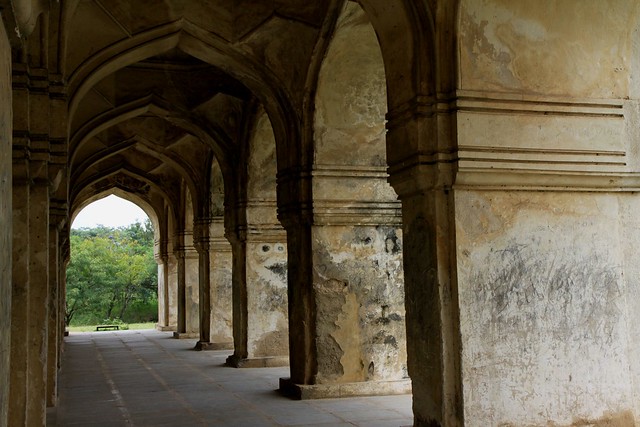 Inside the tomb of Sultan Abdullah Qutub Shahi 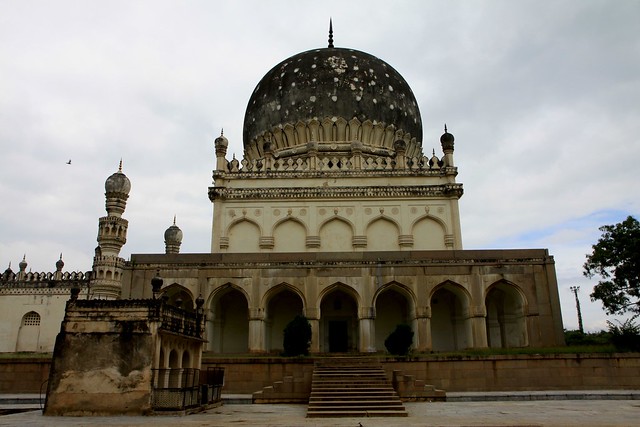 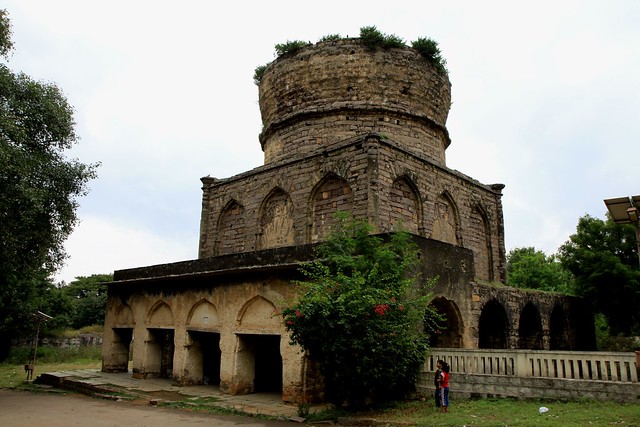