Golconda Fort Hyderabad, was originally built in the 13th Century by the Kakatiyas.

In the 16th Century it became the capital of the Qutub Shahi kings, who ruled the Telangana region and some parts of present day Karnataka and Maharashtra. The Qutub Shahis rebuilt the fortress to defend themselves from the Mughals of the north. 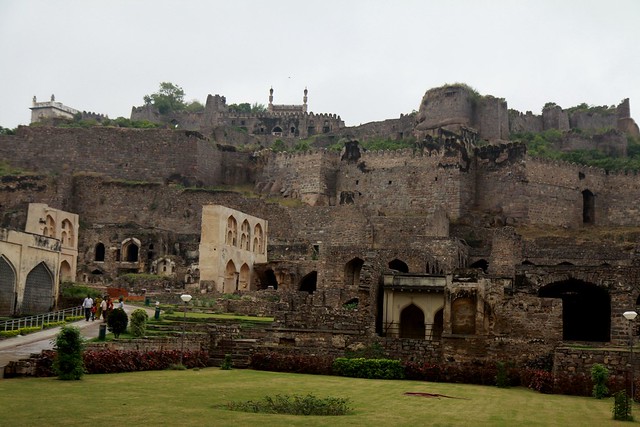 View from one of the many courtyards

The astounding acoustical design ensures that even a hand clap sounded at the grand portico can be heard clearly at the top of the citadel. 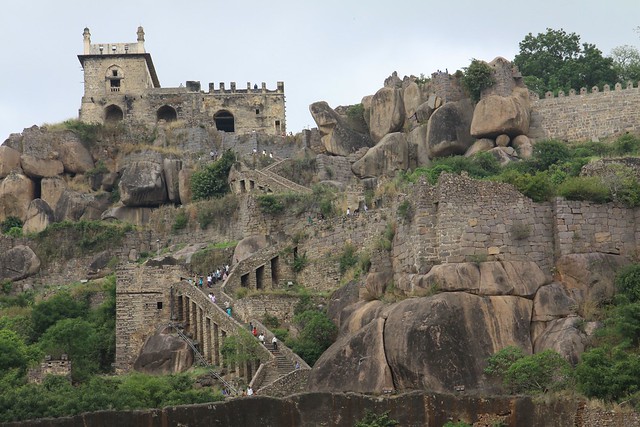 The city of Golconda was the center of a flourishing diamond trade and was renowned for its diamond mines (Kollur and Paritala).

Some of the most famous diamonds (Darya-e Nur, Nur-Ul-Ain Diamond, Kohinoor, Hope Diamond, Regent Diamond and Wittelsbach Diamond) are believed to have been mined here.

This mosque, outside the royal palaces, was used by Qutb Shahi rulers and their nobles. 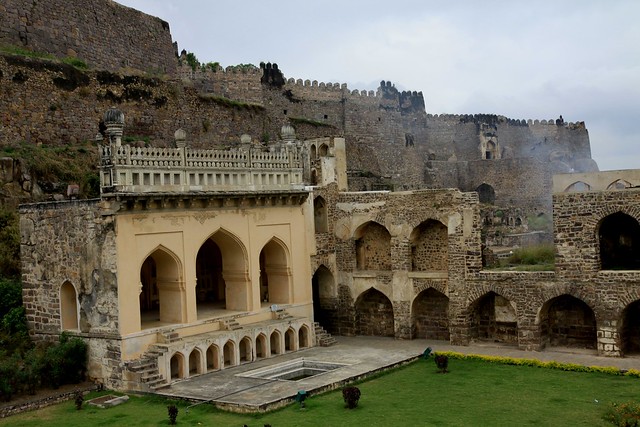 Ahead of the Silah Khana, are the ruins of the Royal Palaces. 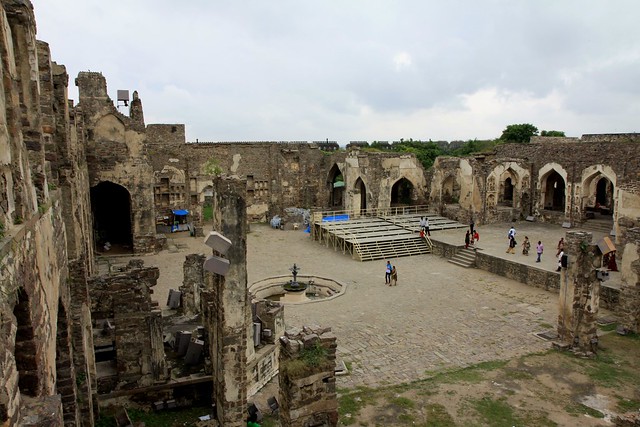 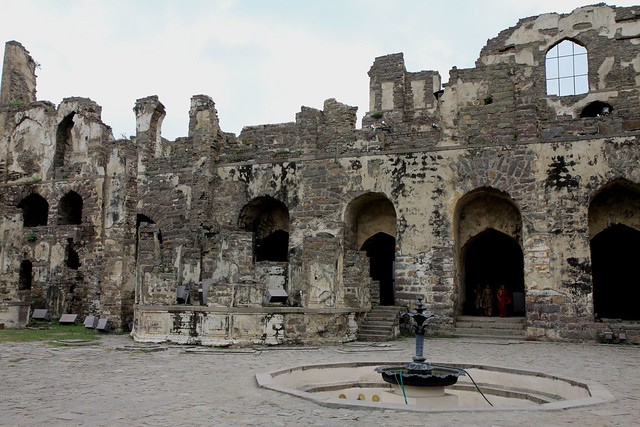 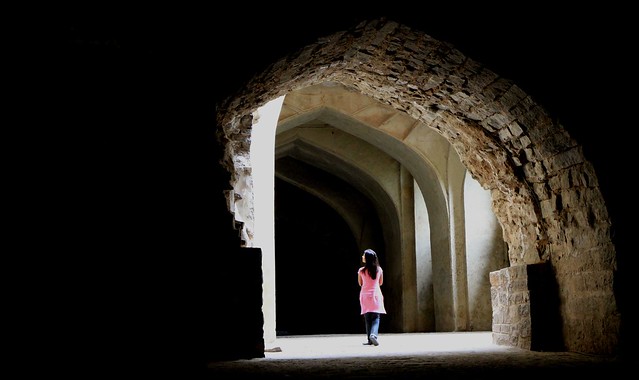 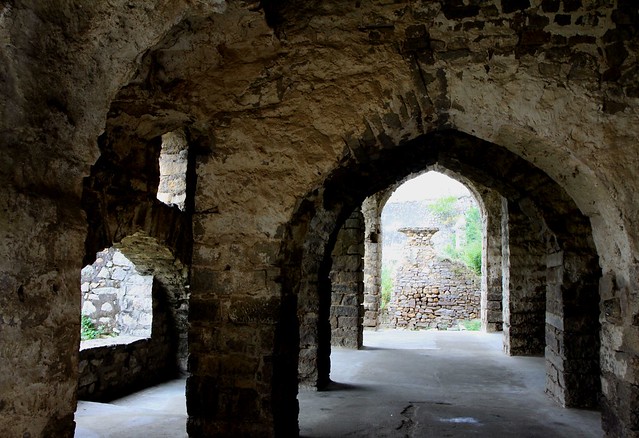 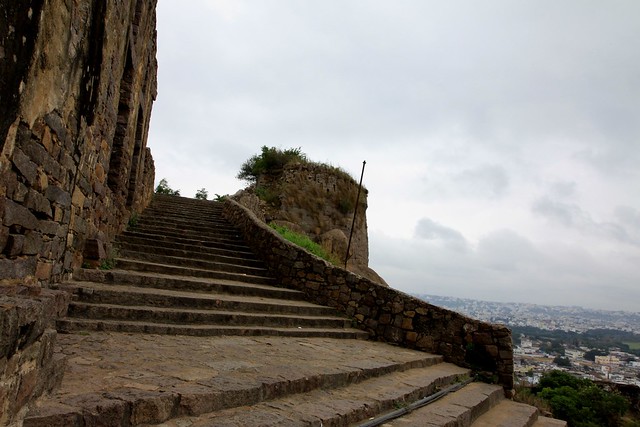 Stairs leading to the upper ramparts 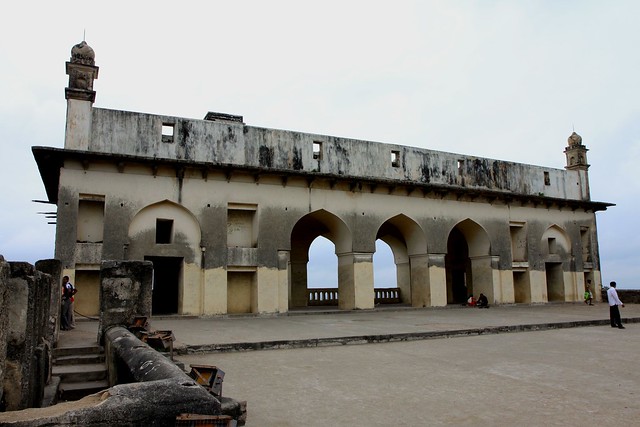 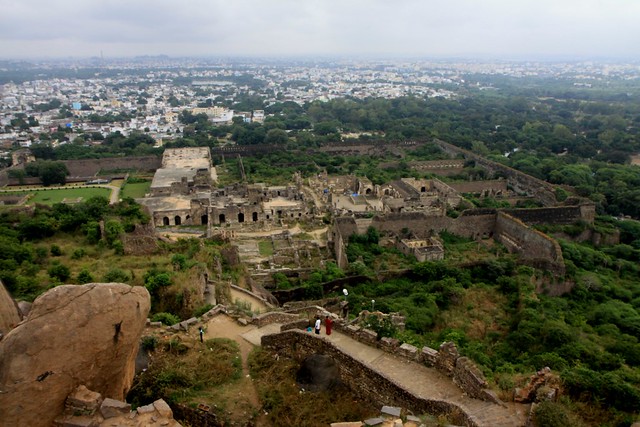 View of fortress from Baradari Citadel

Project Bandaloop has been changing the world’s perception of environment and art forms since 1991. We were lucky to catch their practice session during our visit. 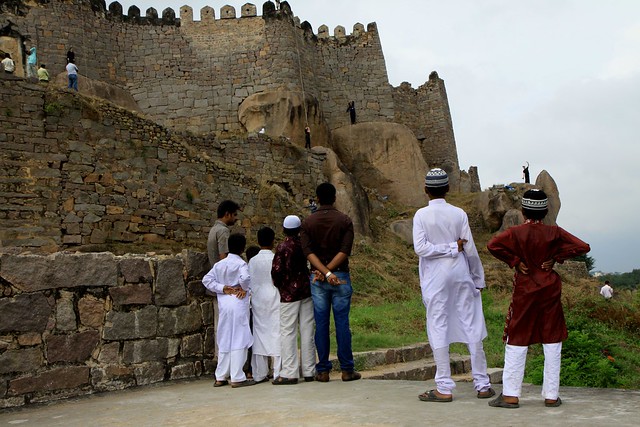 The group performs in natural and urban settings to large and diverse audiences. Their ‘platforms’ include theaters, buildings, towers, bridges, and forts.

This unique dance company has performed in 12 countries across five continents. 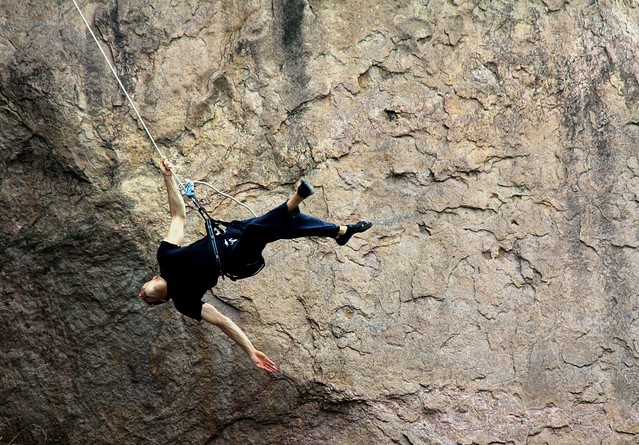