Nestled in the foothills of Eastern Himalayas, Nameri National Park covering an area of almost 200 sq kms is one of the more scenic national parks in Assam. 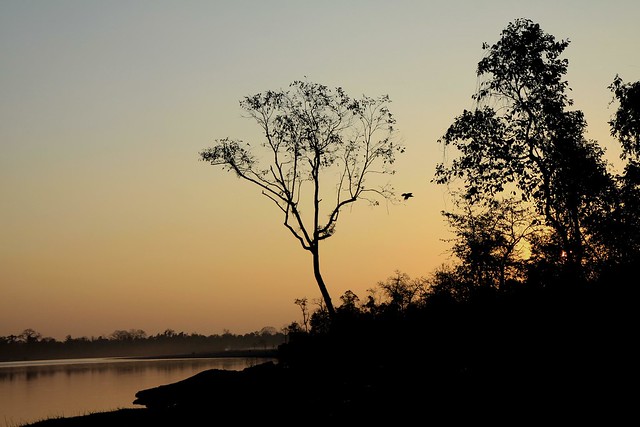 Jia Bhoroli river, which cuts through the park, is popular among Mahseer anglers. However since it flows through a protected area, only game angling (tag and release) is allowed during the season which lasts from October to April. 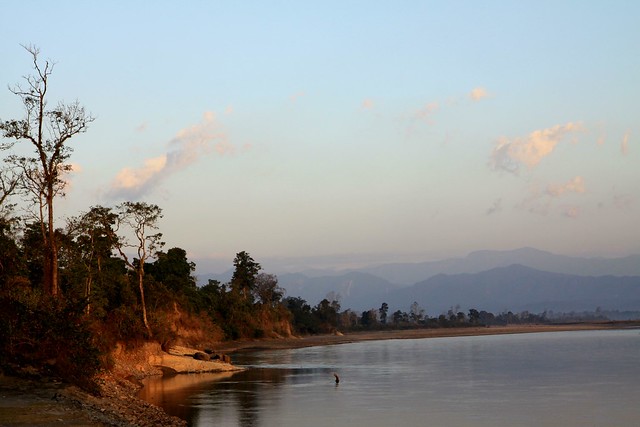 Short 2-3 hour treks can be arranged through the Forest Department for a nominal fee. The fee includes an armed guard/guide. 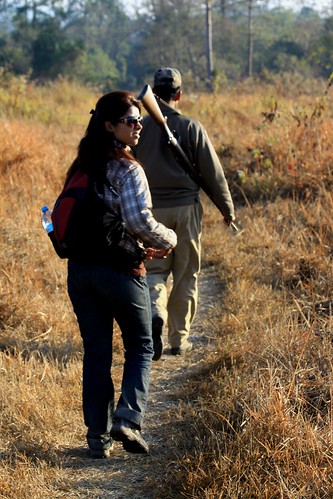 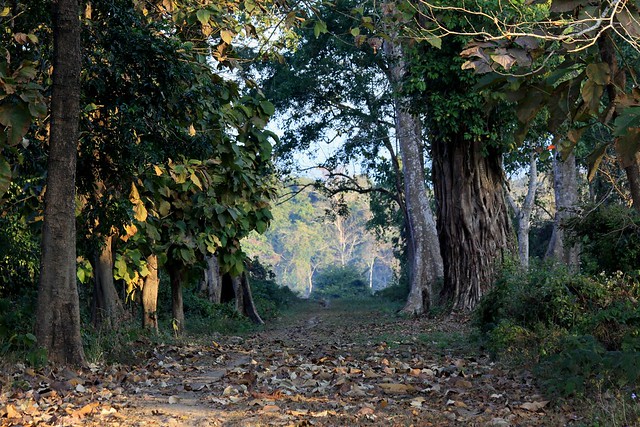 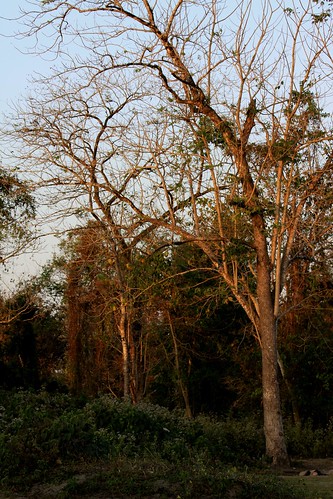 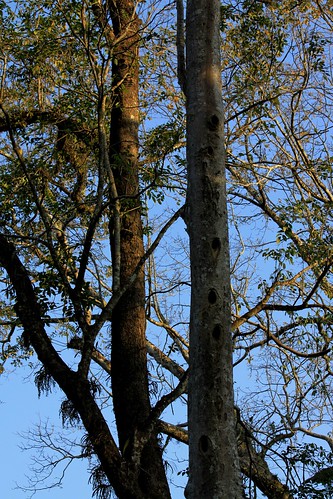 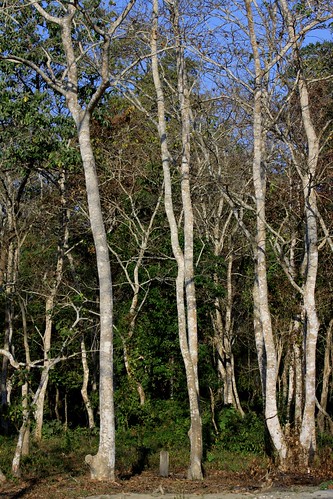 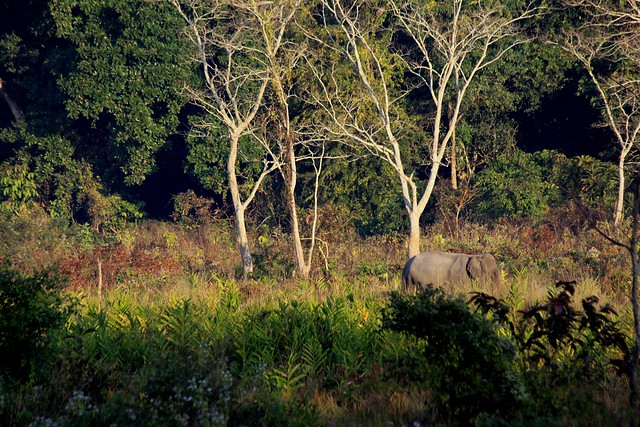 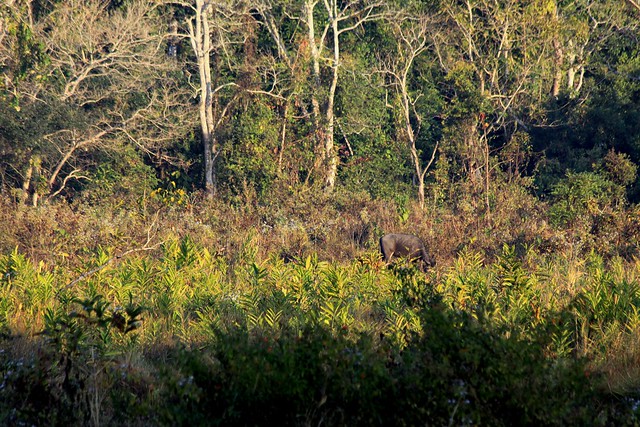 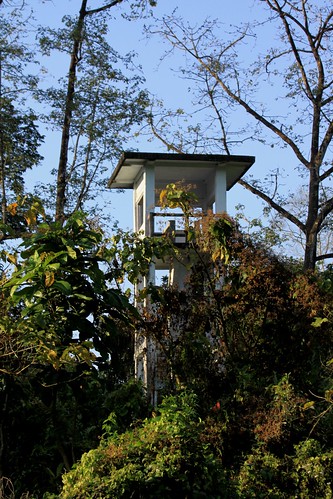 Eco-Camp offers 1/2 day long rafting trips from a point about 15 kms upstream from the camp. 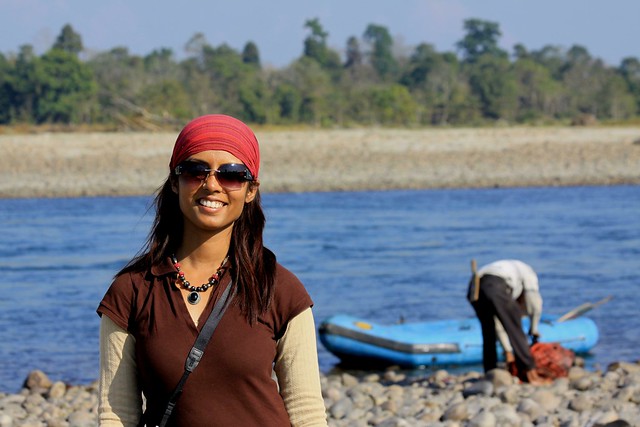 Waiting for the raft to be set up 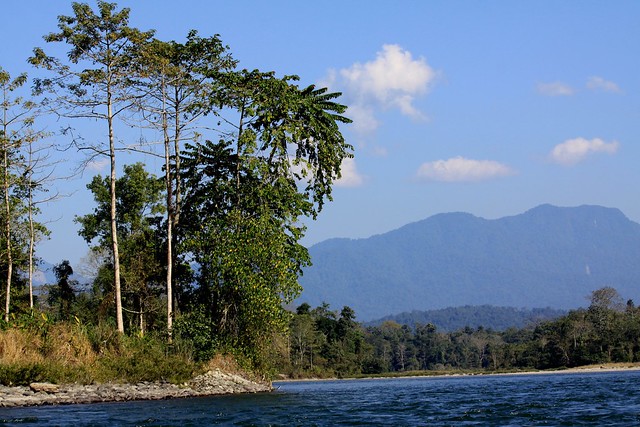 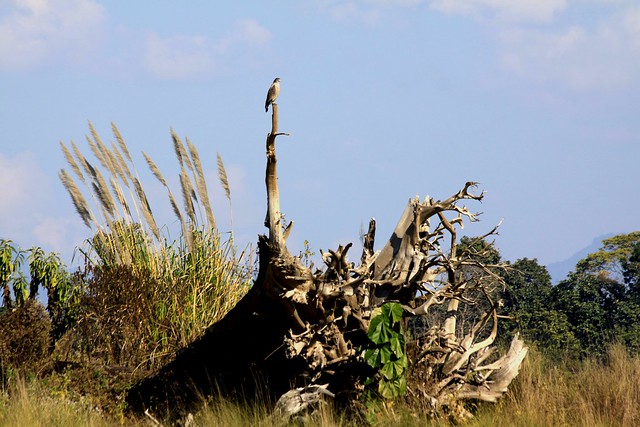 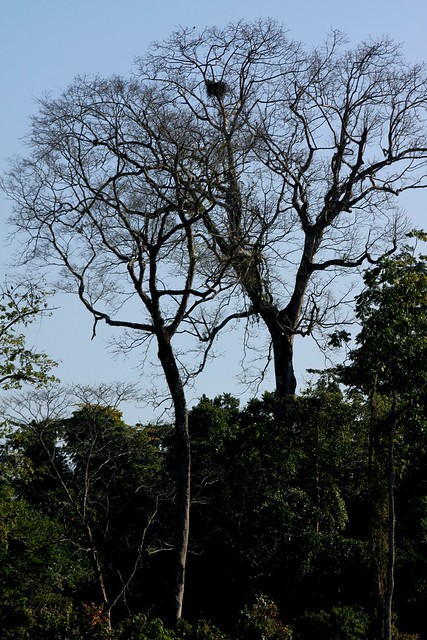 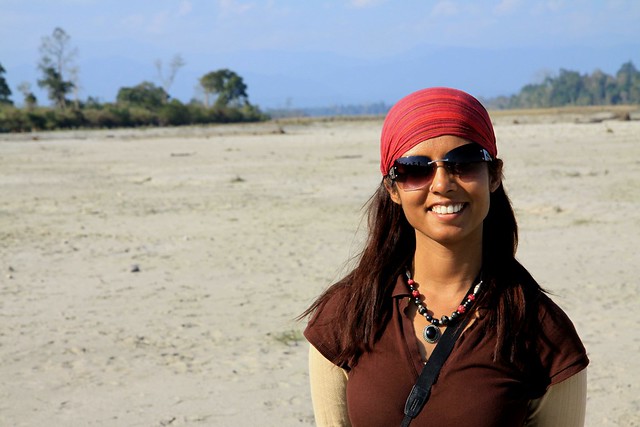 Hanging out at the river bed