The Masjid-i Jahan-Numa (Persian for ‘World-reflecting Mosque’), commonly known as the Jama Masjid, is the principal mosque of Old Delhi. 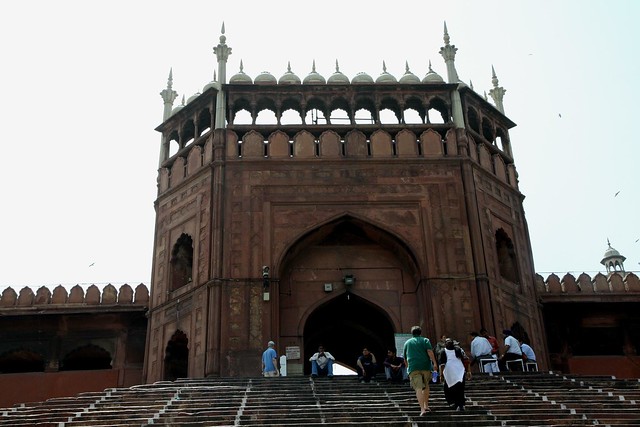 It was commissioned by the Mughal Emperor Shah Jahan, and completed in the year 1656 AD. 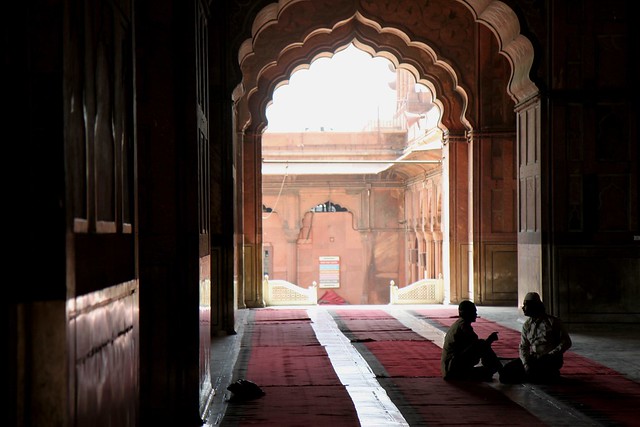 Prayer Hall inside the Mosque 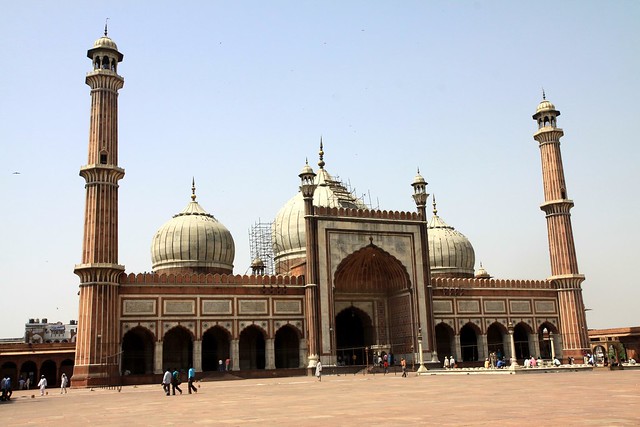 View from the courtyard

The mosque also houses several relics in a closet near the North Gate, including an antique copy of the Quran written on deer skin. 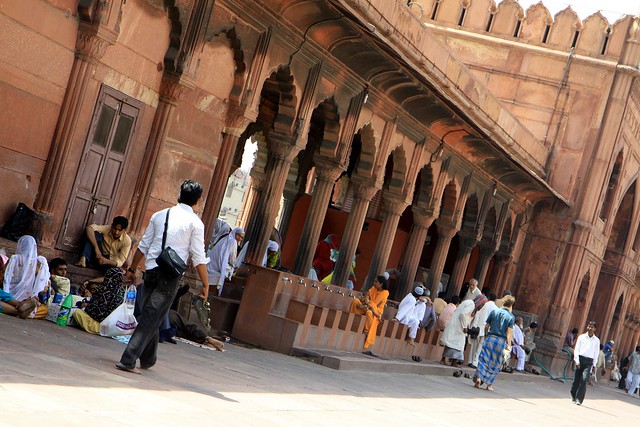 The Mosque was built at a cost of 10 Lakh INR. 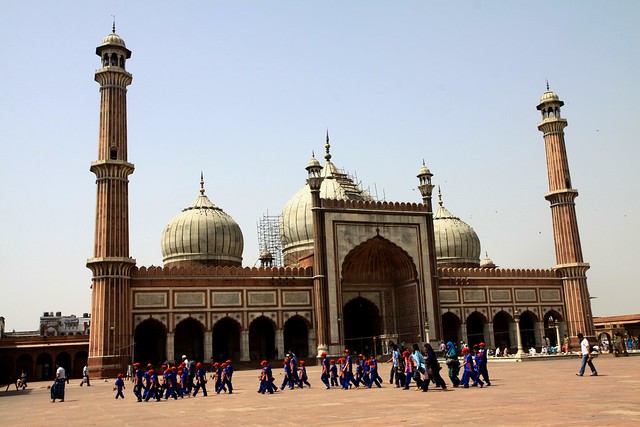 School Kids cutting across the courtyard 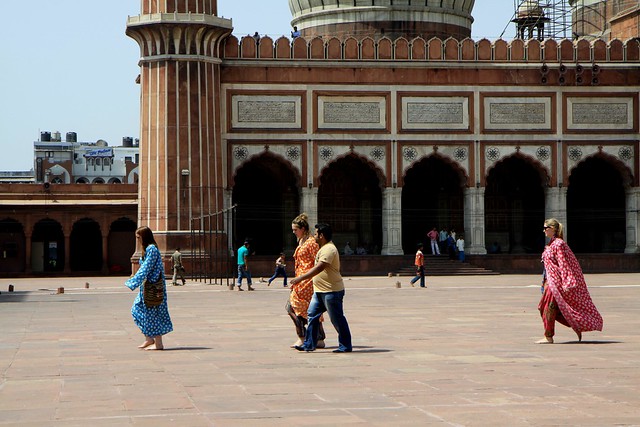