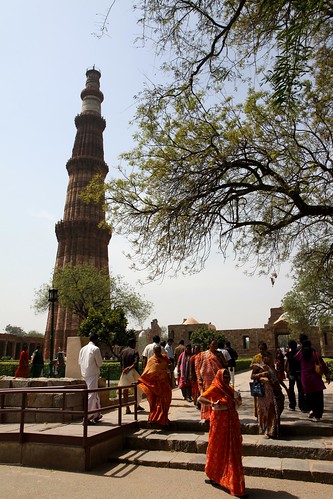 In 2006, this complex attracted more visitors than the Taj Mahal. 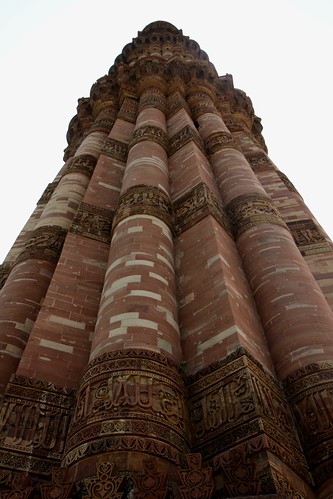 Close up of the Minaret

The Qutub Minar and the surrounding structures and ruins have been listed as a UNESCO World Heritage Site. 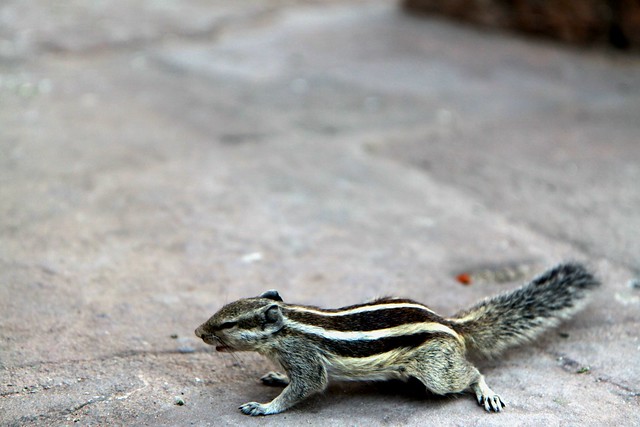 Inspired by the Minaret of Jam in Afghanistan and wishing to surpass it, Qutbuddin Aibak, the first Muslim ruler of Delhi, commenced construction of the Qutub Minar in 1193, but could only complete its base. His successor, Iltutmish, added three more stories and, in 1386, Firuz Shah Tughluq constructed the fifth and the last story. 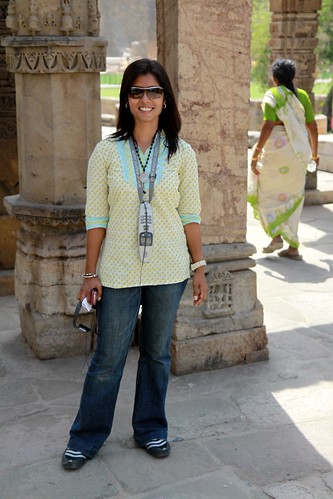 The complex initially housed 27 ancient Hindu and Jain temples, which were destroyed and their debris was used to build the Qutb Minar.

According to the local folklore, anyone who can encircle the Iron Pillar with their arms, with their back towards it, can have their wish granted. 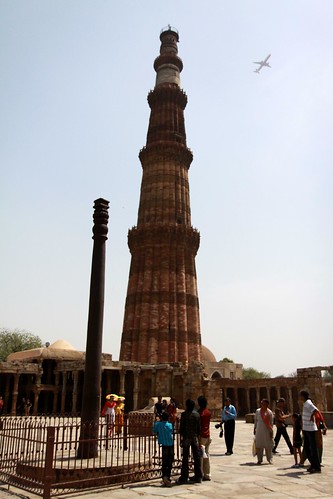 Alai Minar was the unfulfilled dream of Ala-ud-din. He wanted to build a tower larger and taller than the Qutub Minar, which would serve as an Victory Tower. 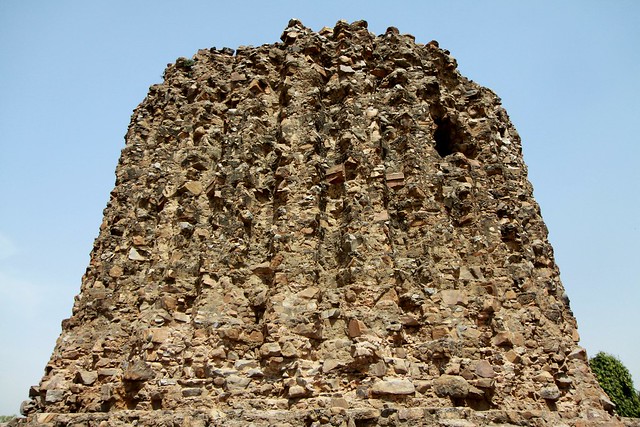 Built by Shamsu’d-Din Iltutmish himself in 1235, the tomb lies to the northwest of the Quwwatu’l Islam Mosque. Unlike his predecessors, Iltutmish abstained from using the material obtained from the demolition of temples. 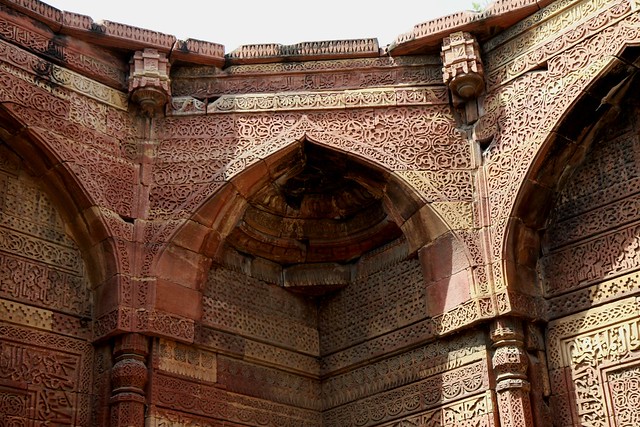 The original dome, which fell down, was replaced by Feroze Shah Tughluq. However, even the second dome did not survive for long. 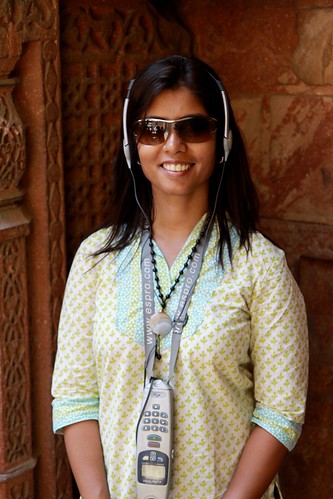 Ala-ud-din Khilji was the second ruler of the Turko-Afghan Khilji dynasty in India. He was the most powerful ruler of the dynasty, reigning from 1296 to 1316. 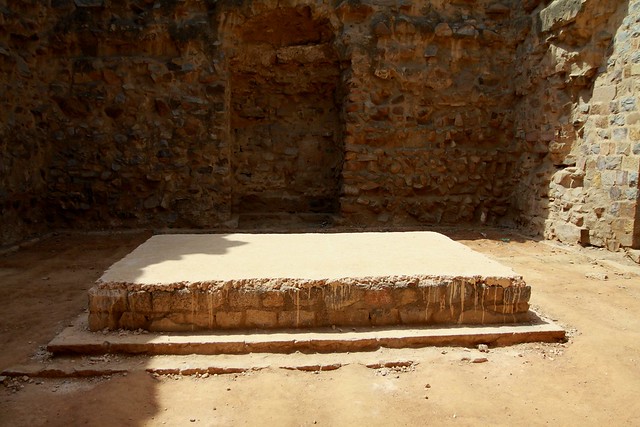 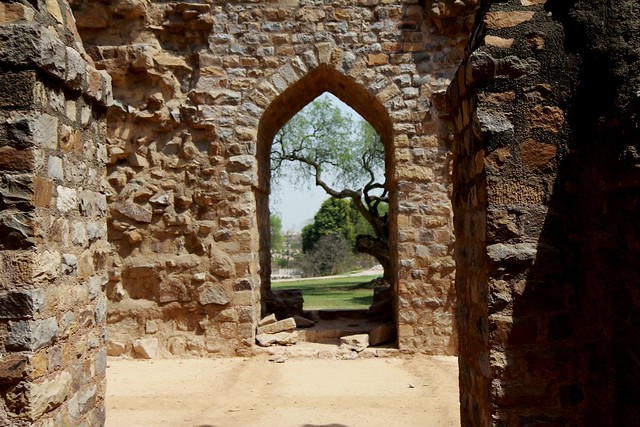 View from the tomb

Imam Zamin was a saint from Turkestan, who settled in India around 1500 AD. The tomb is a small, sandstone structure with a dome resting on an octagonal base. The interior is finished in polished white plaster, and contains fine, perforated jalis, or screens. 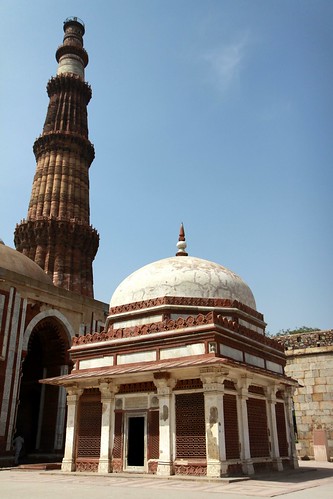 The original cupola of the Qutub Minar was damaged in an earthquake. This was replaced by a well meaning Englishman named Major Smith. However, Lord Hardinge, the Governor-general of British India, had it removed since he thought it was an eyesore. Smith’s cupola now rests on the grounds near the Minaret and has been aptly named ‘Smith’s Folly‘. 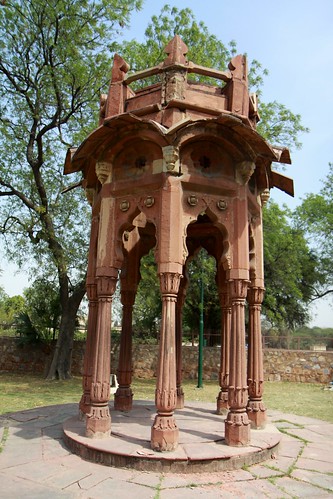 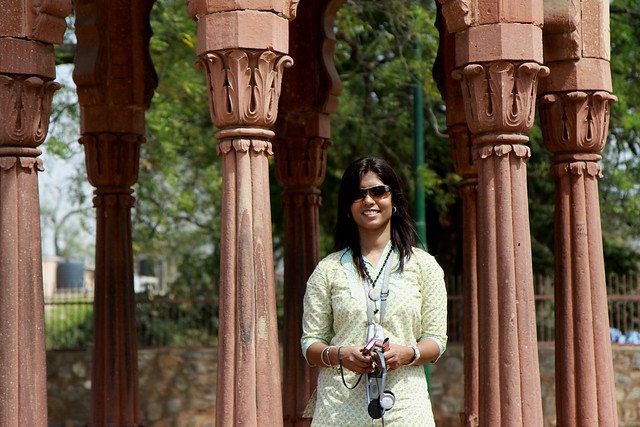 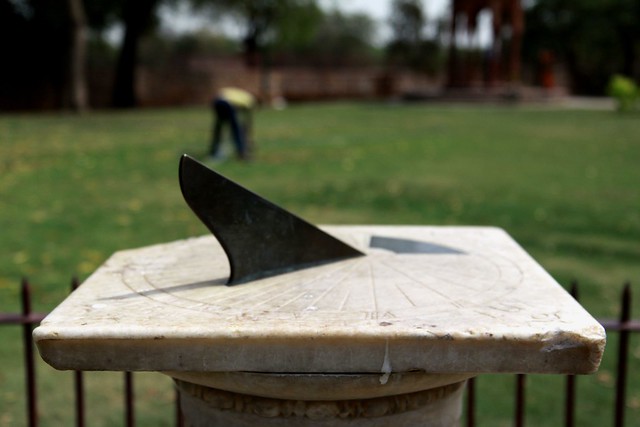 How to get here :

Air :
There are plenty of cheap flights to Delhi.
Train :
New Delhi railway station is the second busiest and one of the largest in India. Most eastbound and northbound trains originate/end at New Delhi Railway Station.