Cidade de Diu was mentioned in Lonely Planet as a new addition behind Hotel Samrat, both of which were owned by the same management and situated in the heart of Diu town. Cidade de Diu was also mentioned for its garish color choices. Since color scheme didn’t really matter to Madhu and me and since this hotel was situated right at the center of most of Diu’s sights and restaurants, we picked it as our place of stay.

When we checked in on Wed afternoon, after a long ride into town, we could have sworn that we were the only occupants in the entire hotel. But this is definitely not because the hotel is not popular; people streamed in the next day and over the weekend – I guess there’s not much weekday traffic. Moreover, the hotel, its rooms and staff are all quite nice – so it’s got to be popular! We got a decent-sized non a/c, double room with a Sony color television and ample storage. We liked it immediately.

And over the last 4 days, we’ve had nothing to complain about. The staff has been super-efficient and always ready to help. Room service was always quite prompt and laundry was always done and returned the same day. They helped arrange a Scooty for us and we later learnt that no premium, above the price quoted on the streets, was charged for it.

The hotel’s restaurant has great food too. We ate twice there and both times the non-veg dishes were excellent. It was quite reasonably priced as well.

Overall a great stay! We would highly recommend it for a mid-range stay. 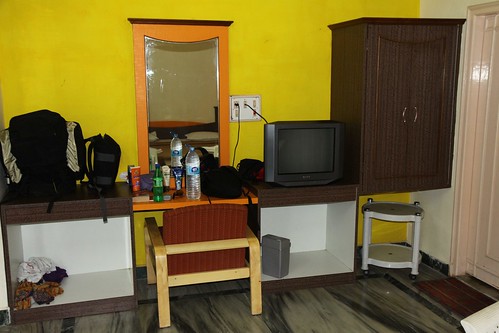 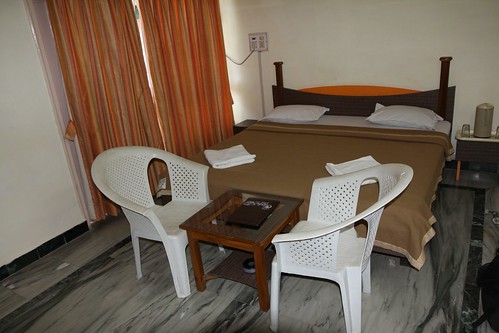