The Aina Mahal is a large two storey stone mansion, which was built in 1752. Sadly, the 2001 earthquake caused extensive damage to the Mahal. The management is still restoring parts of it. 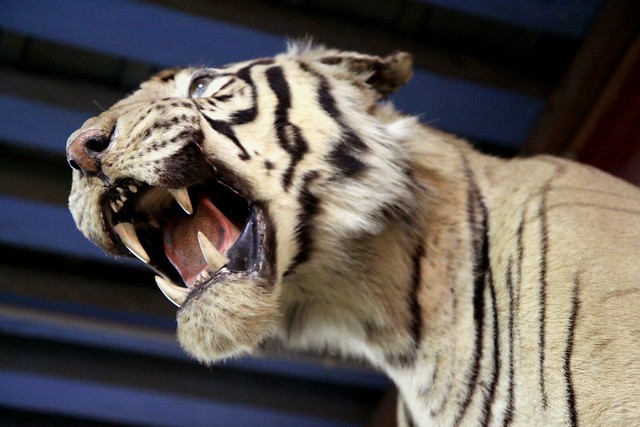 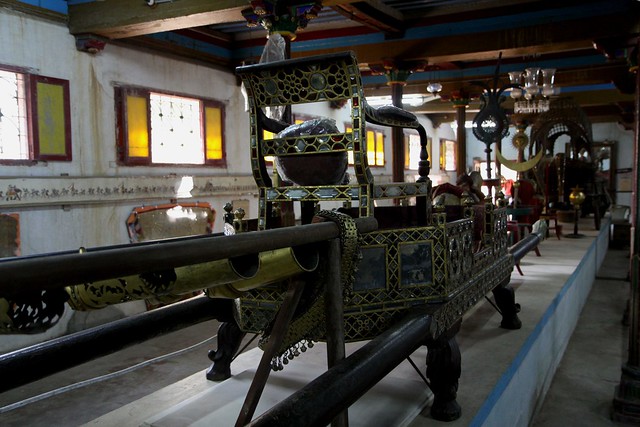 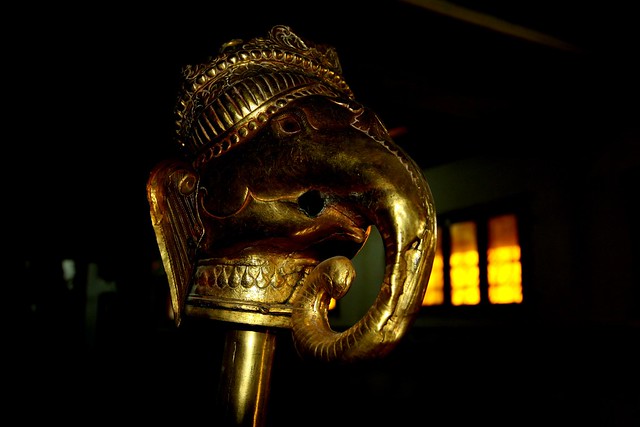 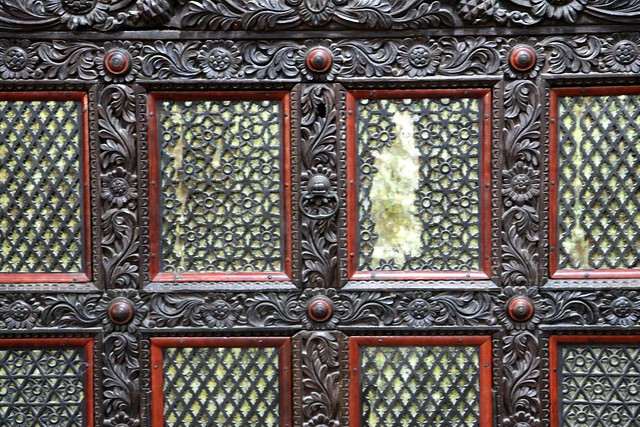 The chief rooms on the first floor are the Audience Hall, the Hall of Mirrors, and the State Apartments. The whole building costed around INR 20 Lakhs to construct. This was the equivalent of three years’ revenue of the crown lands of Kutch during that period. 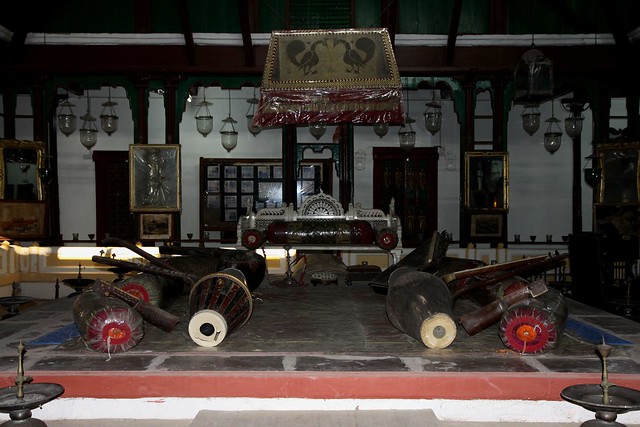 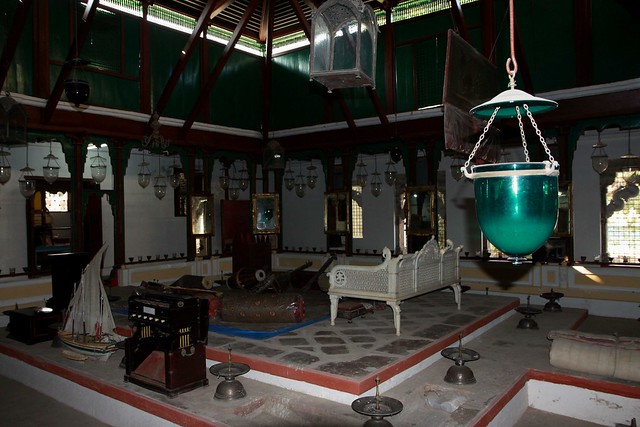 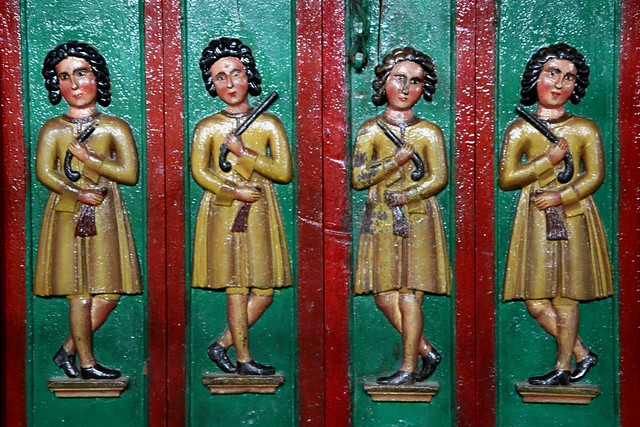 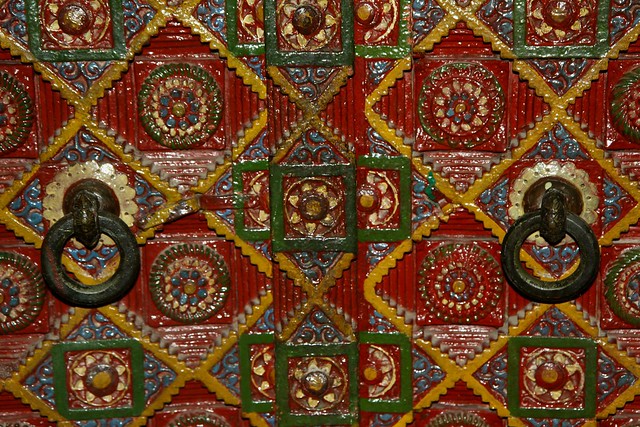 The palace floors are covered with blue delftware tiles made under Ramsingh’s guidance at Bhuj. 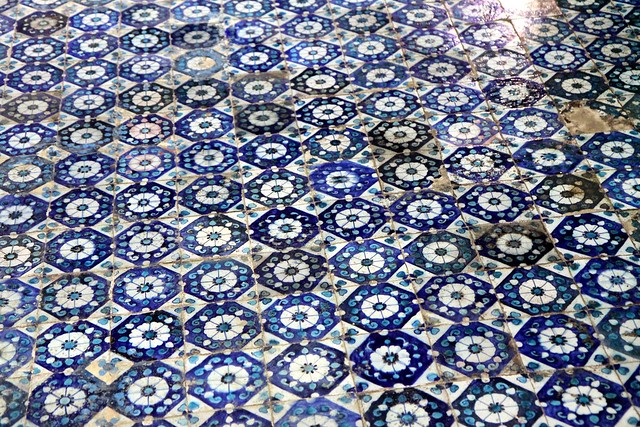 Close to the Hall of Mirrors is the State Bedroom or the Hira Mahal. It is decorated with twenty seven full size mirrors in Rocco style. 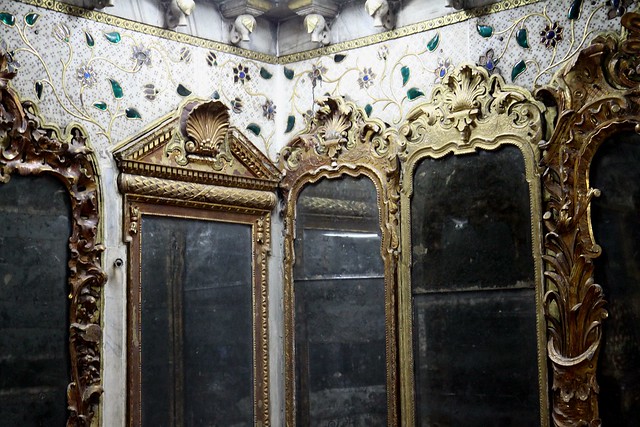 This 4.6 m by 7.3 m room, contains Maharao Lakhpatiji’s bed within a boldly decorated interior. A legend exists that the Maharao slept on his bed and mattress only for a year. Then customarily a new bed was ordered from his craftsmen, and the previous bed was auctioned off. The sale enabled Lakhpatiji to fund his lavish lifestyle. However, the Maharao’s last bed remains in the Hira Mahal, with it’s four legs of pure gold. 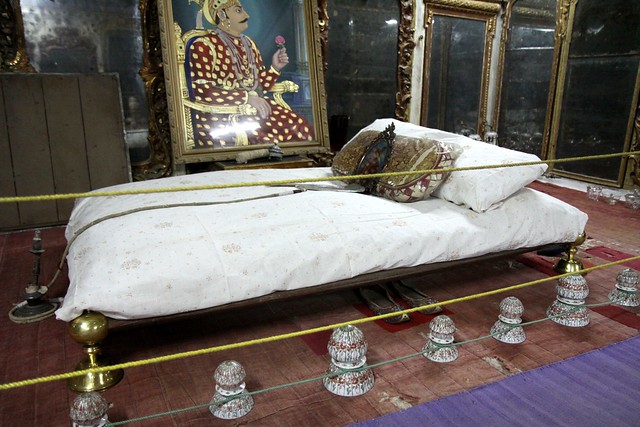 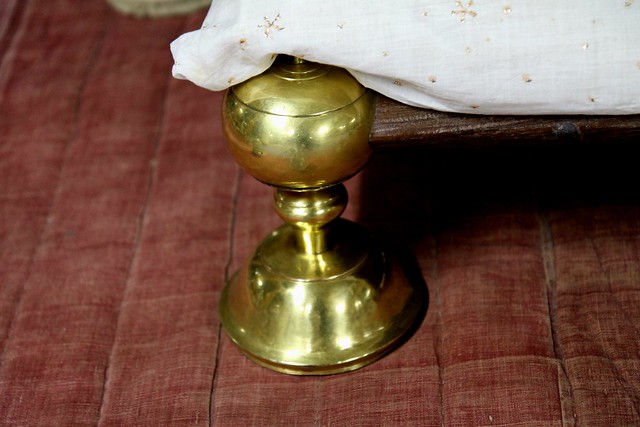 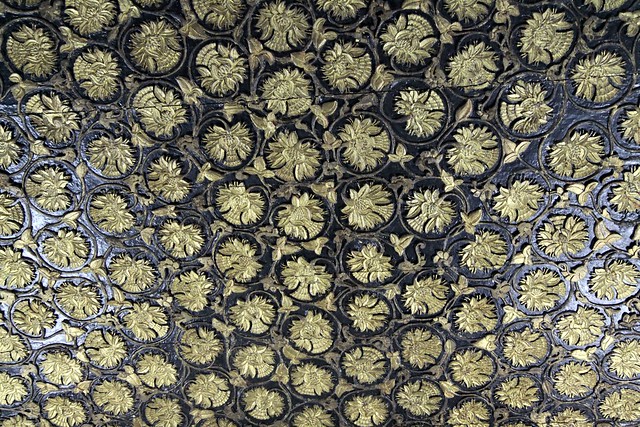 Saw this scooter outside Aina Mahal, hoping to find someone to pimp it up. 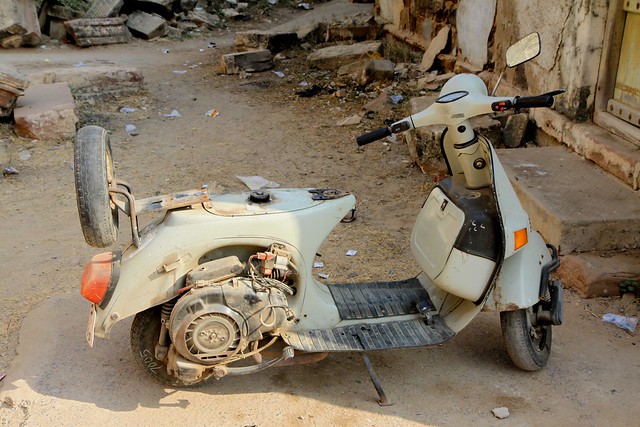