Ajrakhpur is known worldwide for the art of Ajrakh, block printing uses colors derived from nature, such as indigo, henna, turmeric, pomegranate, iron and mud. In some cases, the fabrics are washed up to 20 times. 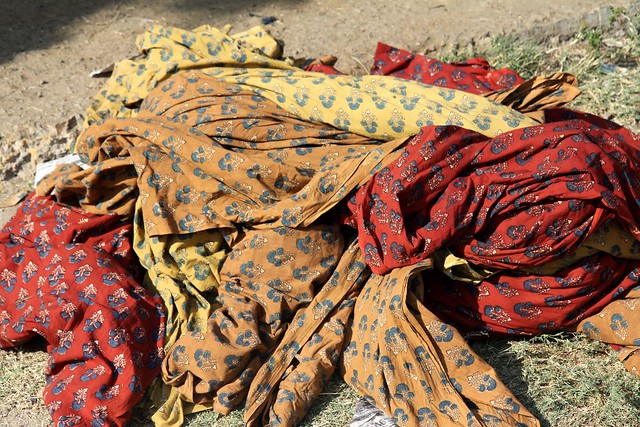 The printing blocks are hand-carved. 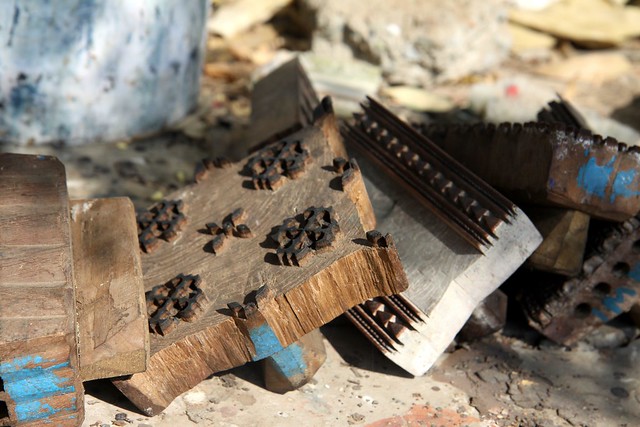 Ismail Mohammed Khatri’s traditional expertise in block-printing and natural dyes was given due recognition when De Montfort University of Leicester presented this skilled craftsman with an honorary doctorate in textiles. 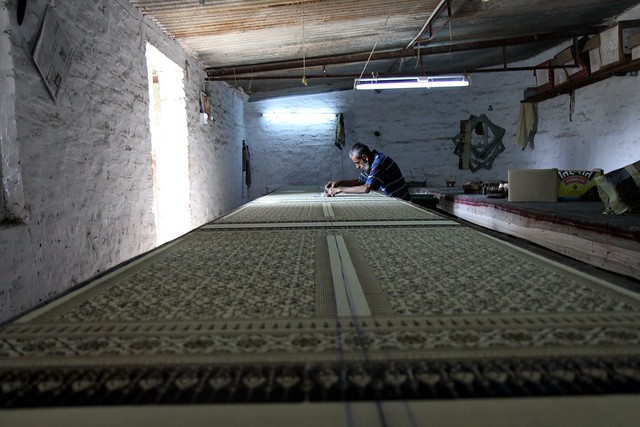 The Khatris are a community of block-printers adept in the 3,000-year-old art of Ajrakh. The process is complex and involves 16 different processes. Ismail Mohammed Khatri has gained critical acclaim for his innovative use of natural dyes that include a mixture of camel dung, soda ash and castor oil, waste iron, myrobalan, madder, indigo, pomegranate peel boiled in water, sprays of turmeric water and the root of rhubarb! 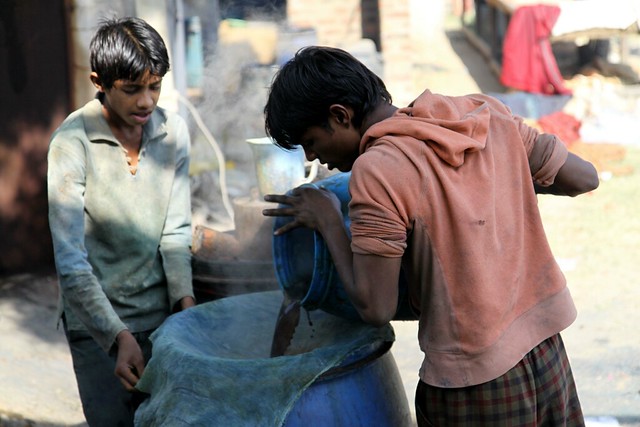 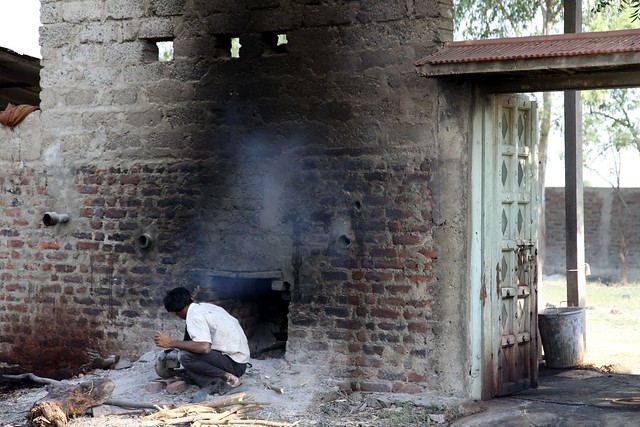 Due to a devastating earthquake in 2001, many traditional block-printing artisans of this region were killed or had their homes and workshops destroyed. 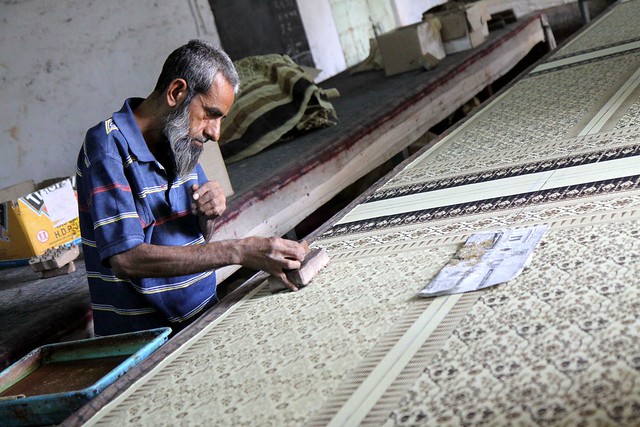