The Lakshmi Vilas Palace Vadodara, an extravagant building of the Indo-Saracenic school, was built by Maharaja Sayajirao Gaekwad III in 1890 at a cost of GBP 180K. Major Charles Mant was the architect. 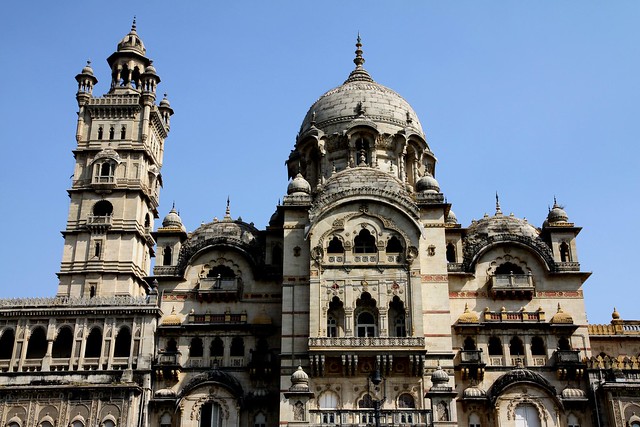 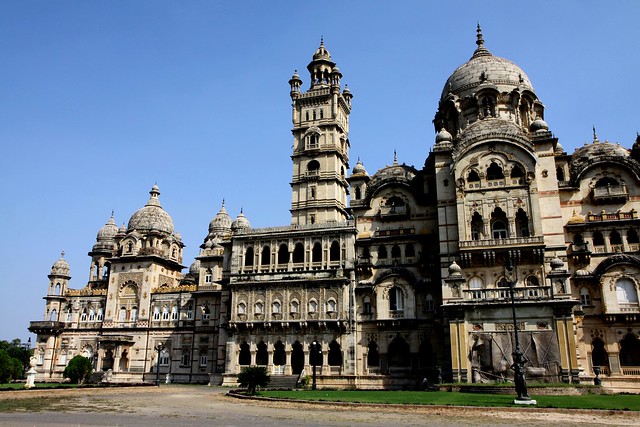 It is reputed to have been the largest private dwelling built in the nineteenth century and four times the size of Buckingham Palace. At the time of construction it boasted the most modern amenities such as elevators and the interior is reminiscent of a large European country house. 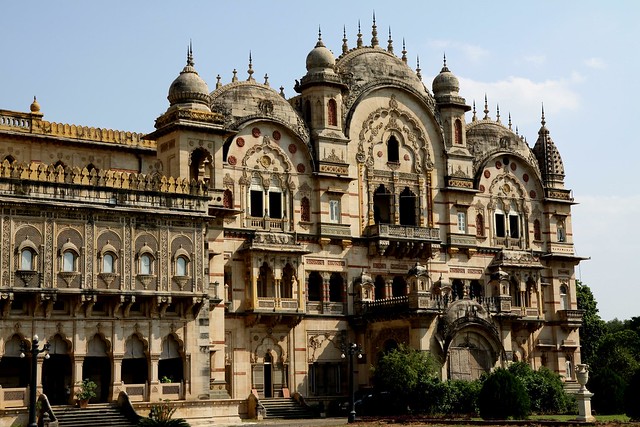 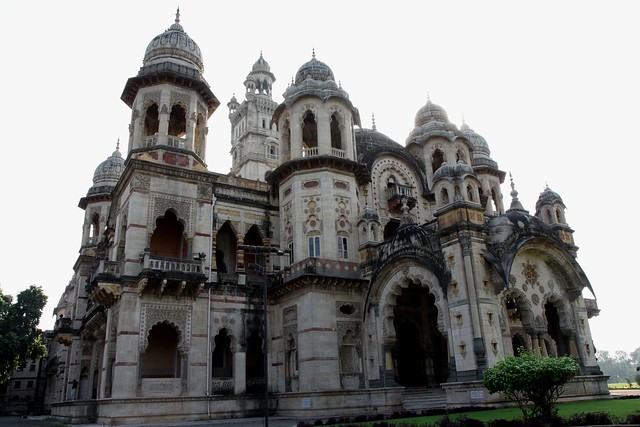 Side view of the palace

View of the domes from the palace grounds

It remains the residence of the Royal Family. 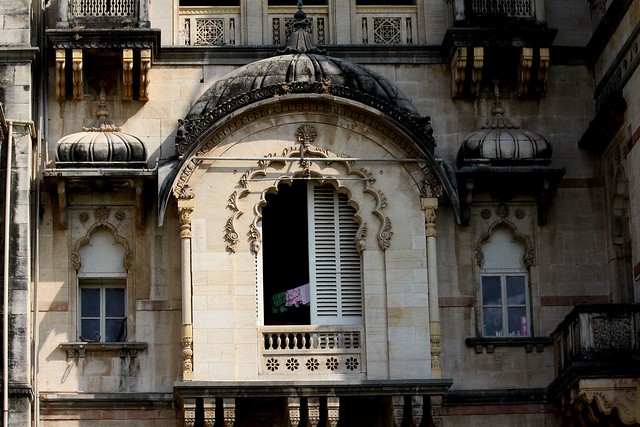 The pool has now been converted into an events space. It costs about 25 Lakhs per evening.
It’s mainly used for high profile weddings. 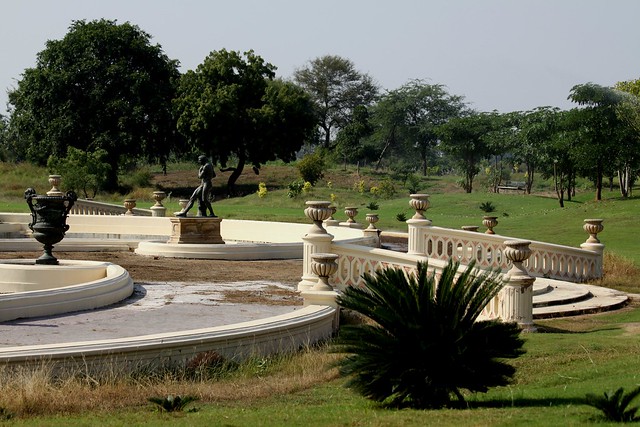 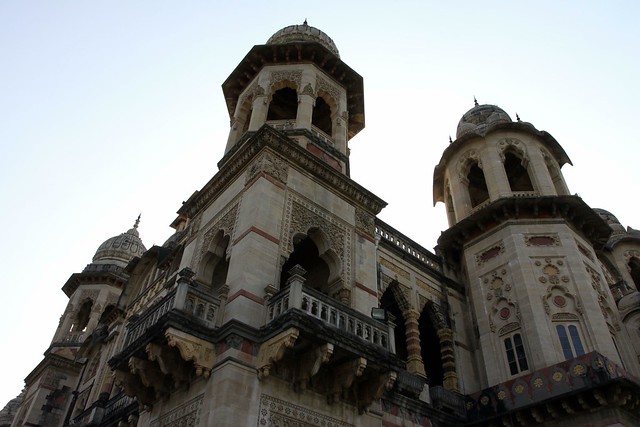 The maharaja commissioned artists from Italy to create exquisite Murano tile artworks throughout the palace. The designs were all Indian, but all the artists were from Murano. 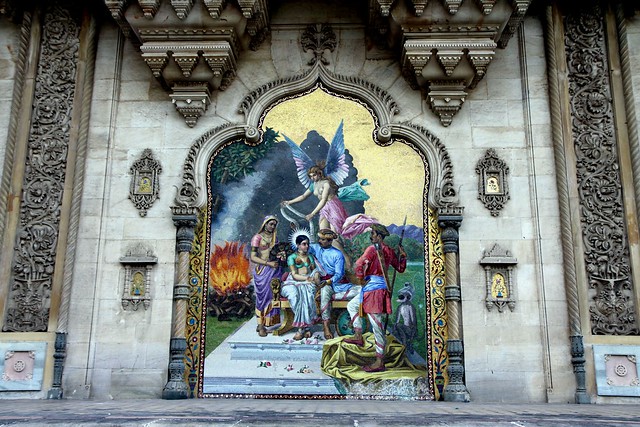 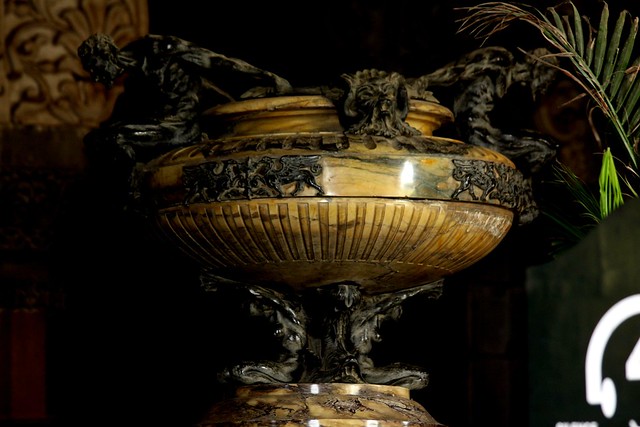 Urn at the entrance 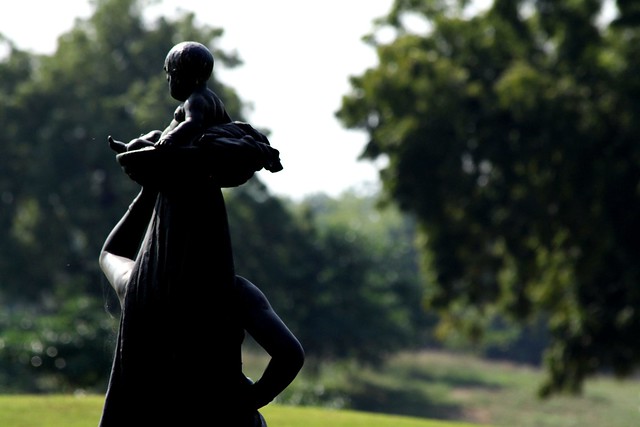 In the 1930s Maharaja Pratapsinh created a golf course for use by his European guests. In the 1990s Pratapsinh’s grandson Samarjitsinh, a former Ranji trophy cricket player, renovated the course and opened it to the public. The course was expanded in 2004 into a beautiful course managed by the Gaekwad Baroda Golf Club and now boasts over 300 members. 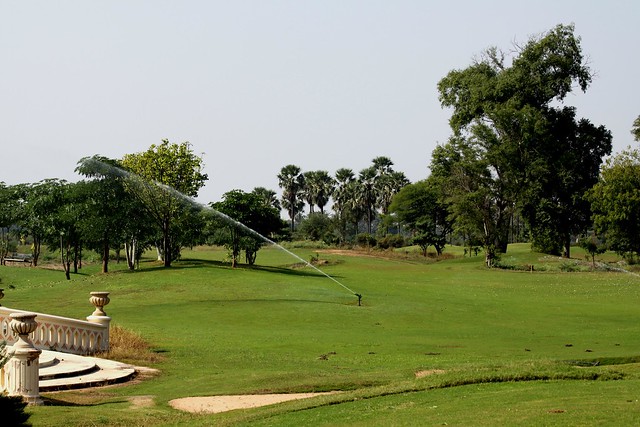 One Response to Laxmi Vilas Palace