The walled fortress of Uperkot, is said to have been subjected to 16 seiges, including one which lasted 12 years. An ornate triple gateway forms the entrance. 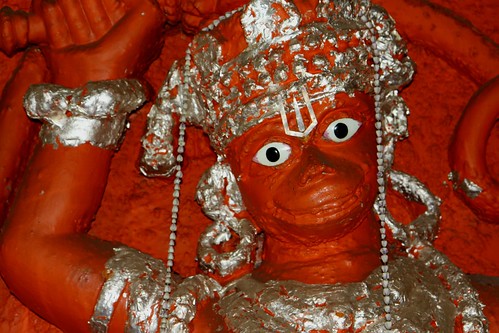 Hanuman Temple at the entrance

The Jama Masjid was built from a demolished Hindu palace and the interior is filled with columns. 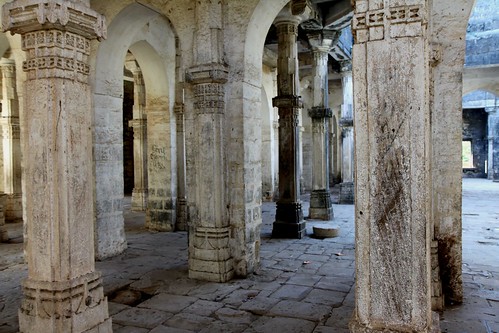 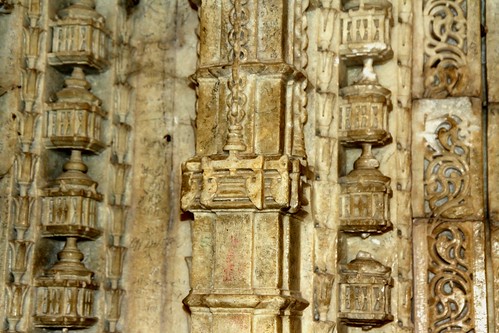 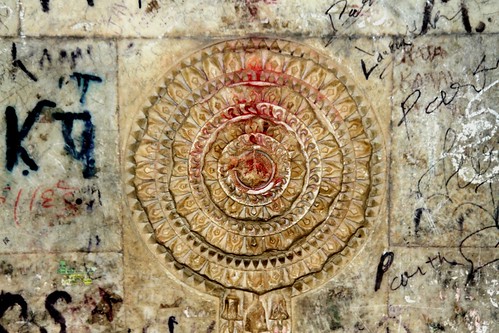 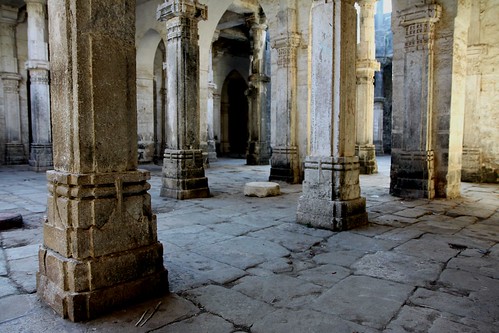 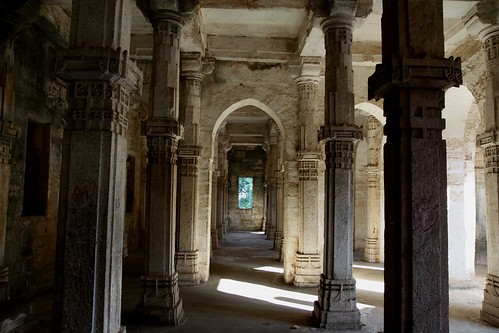 Beyond the moat are the Buddhist caves, which goes down some 3 levels and are dated by archaeologists to around 2nd century AD. 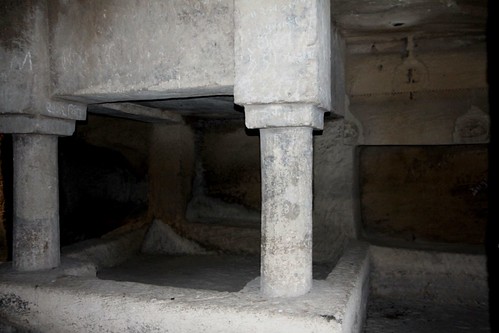 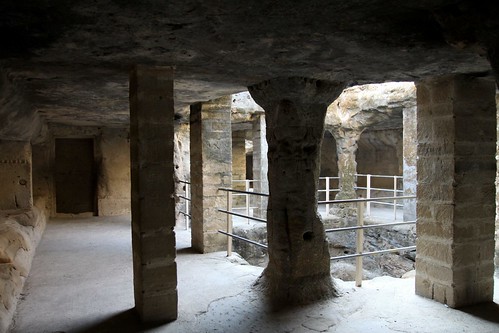 Lower level of the Caves 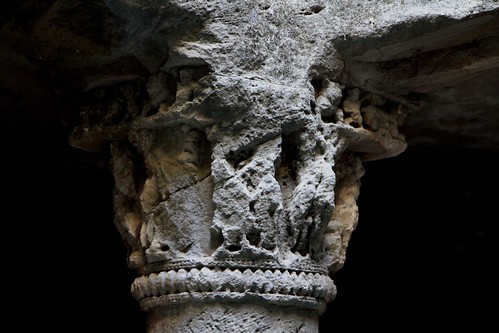 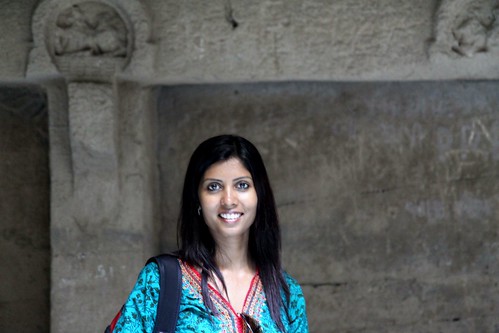 A little beyond the Buddhist caves is the Adi Charan Vav, with 120 steps going down to the bottom. The well is said to date from the 11th century and is named for 2 slave girls who fetched water from it.

Locals get mouthfuls of water from the well and pour it over these layered stones for good luck. 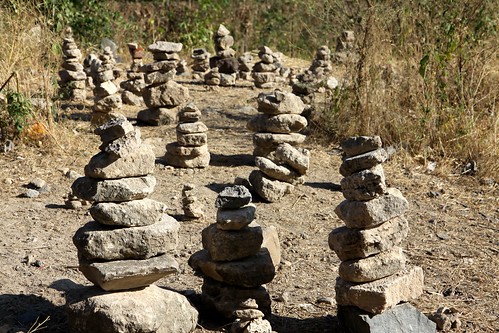 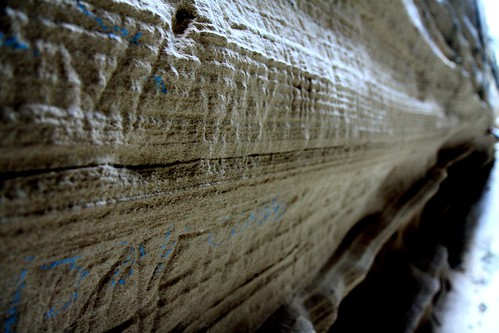 Side wall next to the stairs 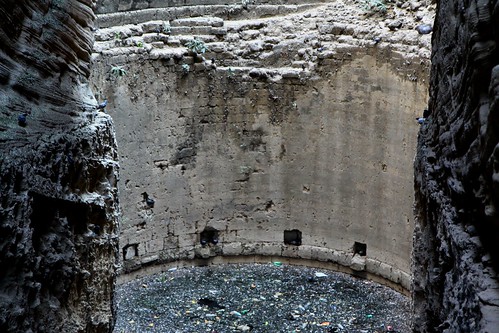 Well at the bottom

The Navghan Kuva is another step well, named after Navghan, the Rajput ruler of Junagadh at that time. 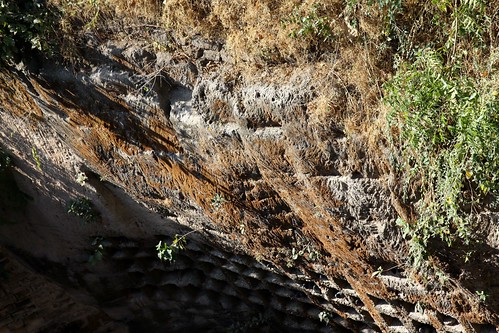 Navghan Kuva – Pigeon holes along the side walls.