Hatu Peak, at an elevation of 11000ft, offers spectacular views of the Himalayan ranges. 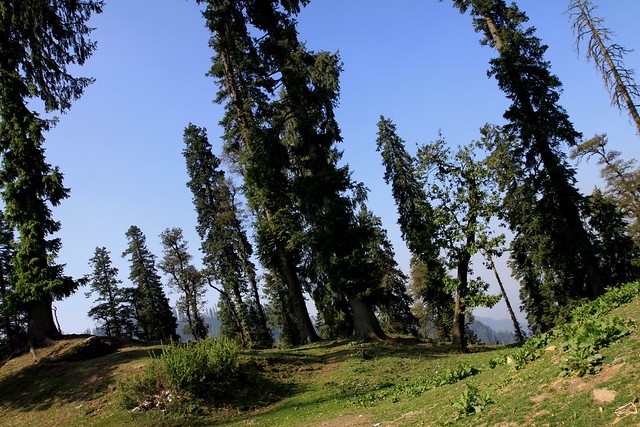 On the way to Hatu Peak 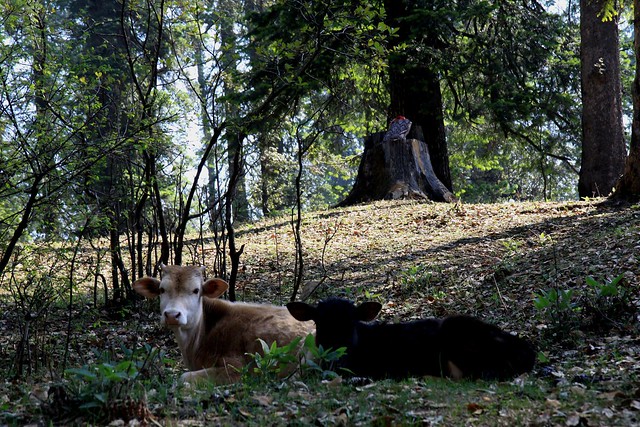 There is a Gujjar Hut and a defunct tea shop on the way. 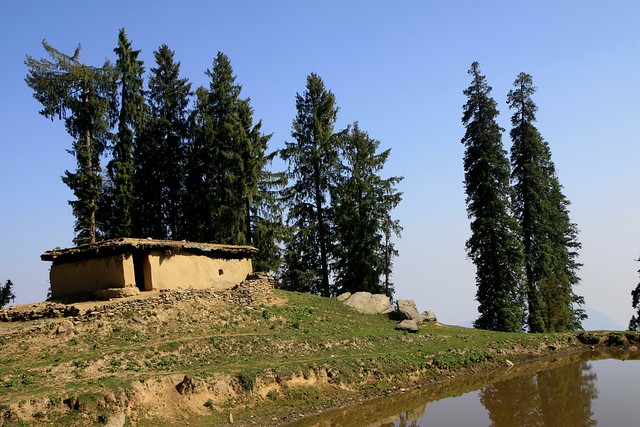 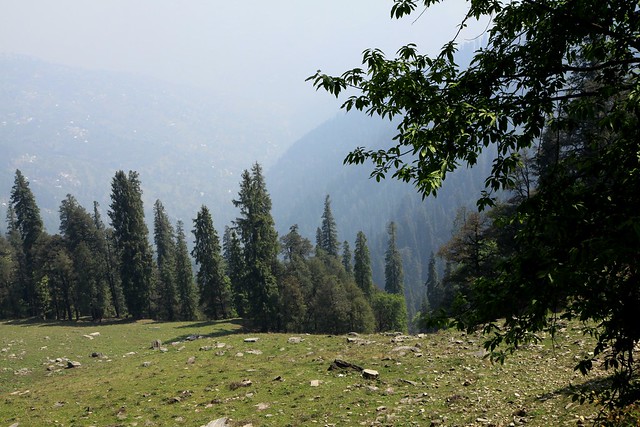 Meadows on the way

At the top is a temple dedicated to Hatu Mata. On a clear day the peak offers spectacular views of the Himalayan ranges. 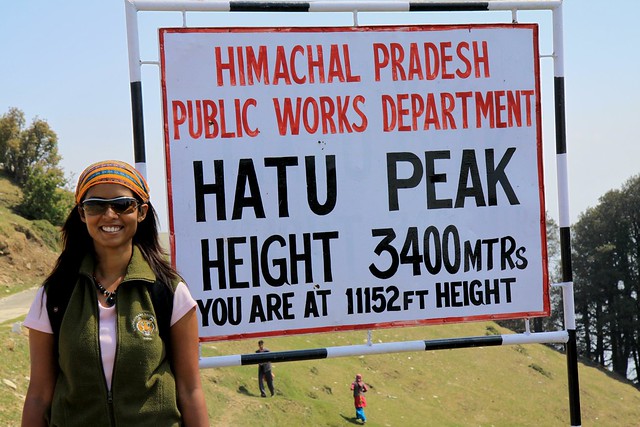 Excellent views of the Himalayan ranges can be enjoyed from the PWD resthouse. 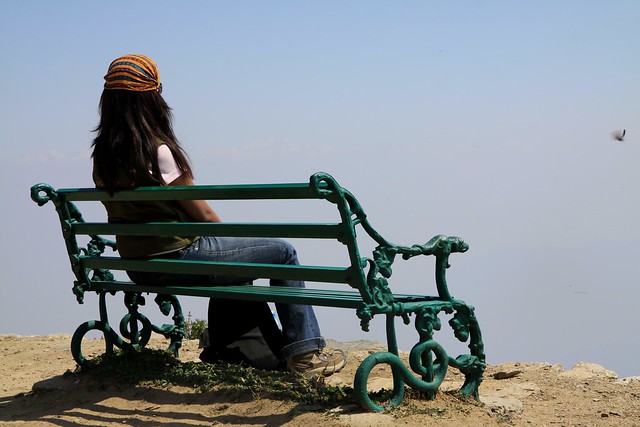 Enjoying the panoramic view of the Himalayas 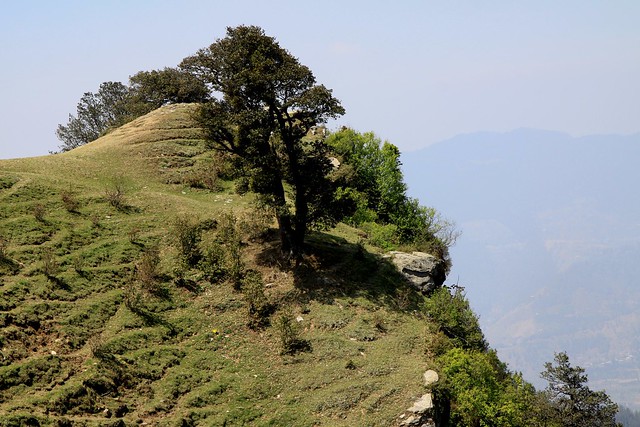 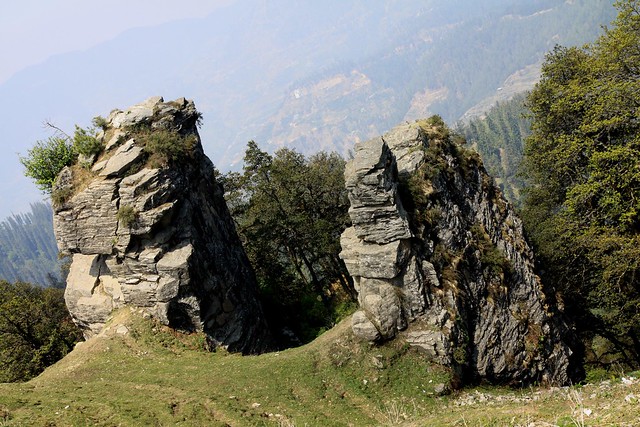 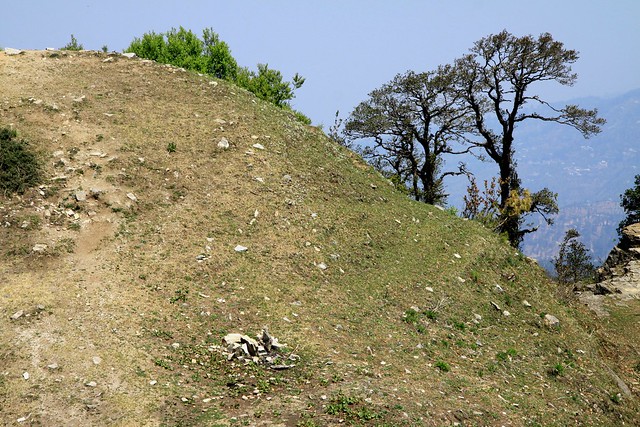 Since the old temple is being replaced by a new one, the Hatu Mata idol has been placed in a temporary structure by the temple authorities. 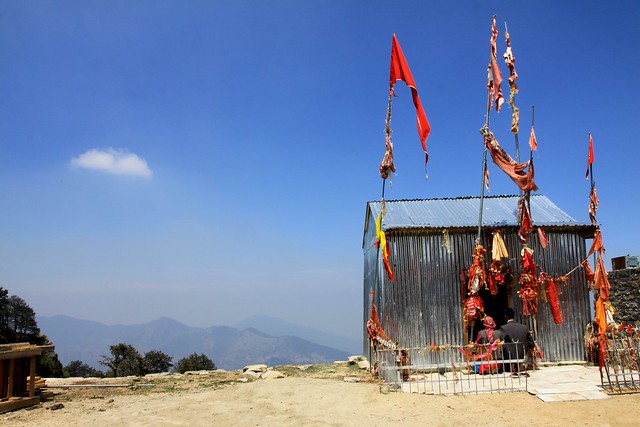 The new temple is being constructed by skilled craftsmen from Kinnaur. They have been working on it for the last 3 years. 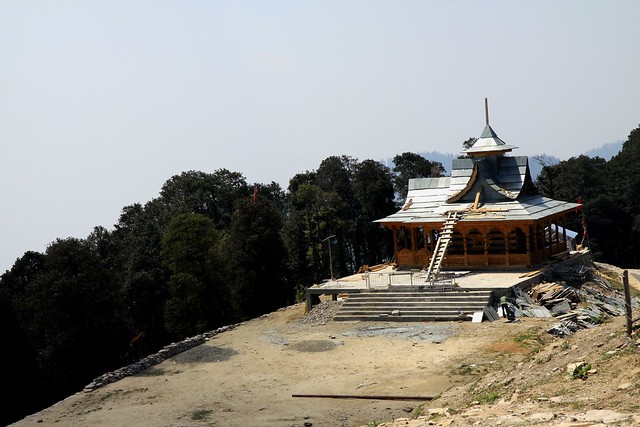 They expect the temple to be completed in a year’s time. 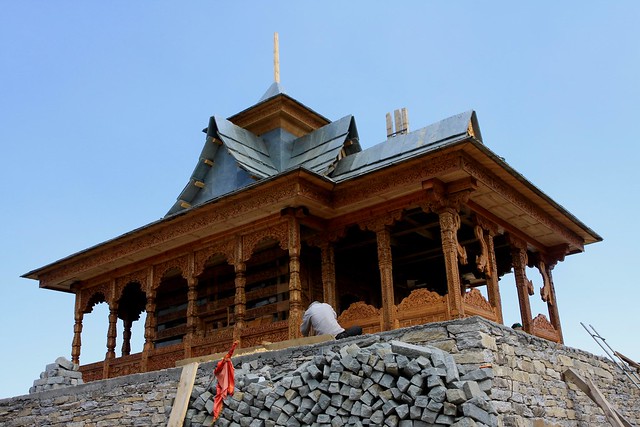 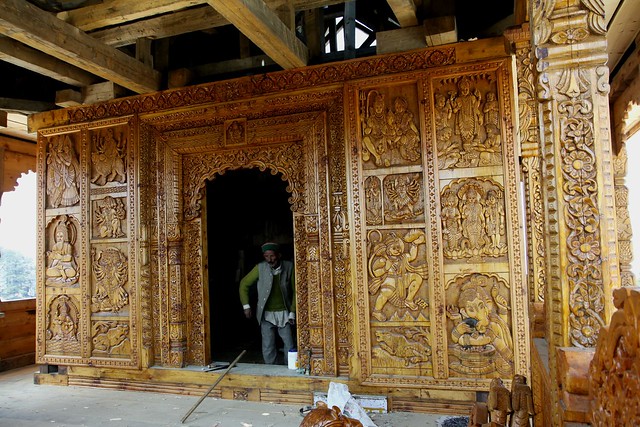 The entire structure is being built using Deodar wood. Deodar means ‘The wood of the gods’. 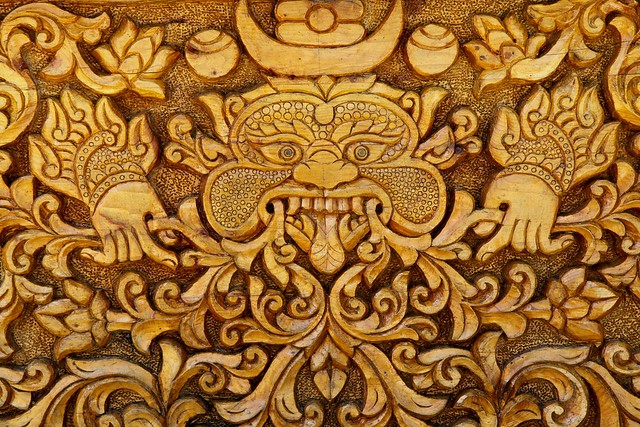 Intricate carvings on the outside 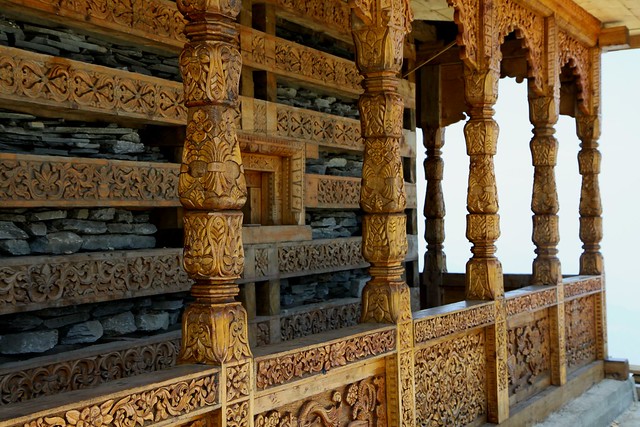 One Response to Hatu Peak