The Glade (6500 ft above sea level) sits on a small plateau, with a small stream-fed lake in the middle and thick forests along the perimeter. 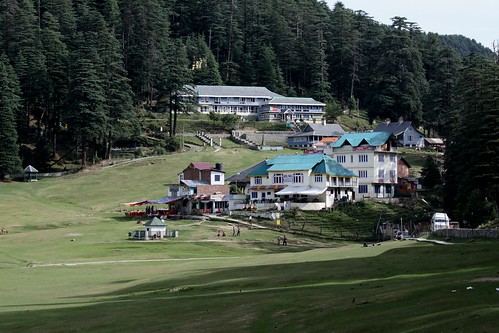 Khajjiar was named “Mini Switzerland of Himachal Pradesh” by the Swiss Ambassador on July 7, 1992. 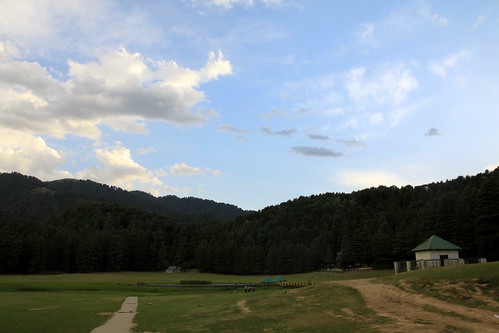 It has a rare combination of three ecosystems – lake, pastures and forests, all in one place. 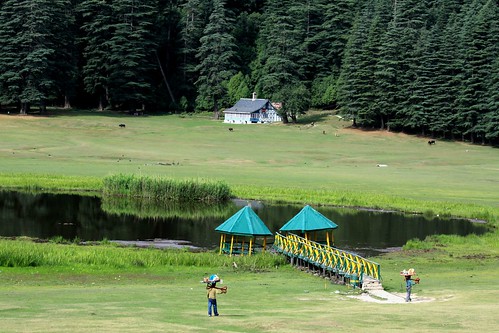 The lake – it gets fairly large during the monsoons 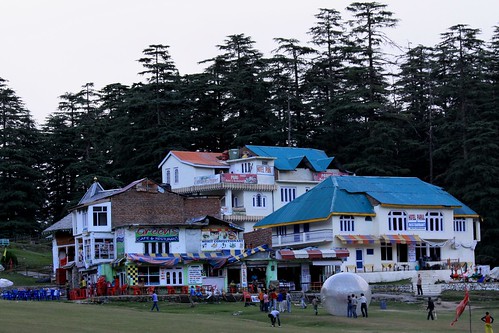 Market place near the bus stand 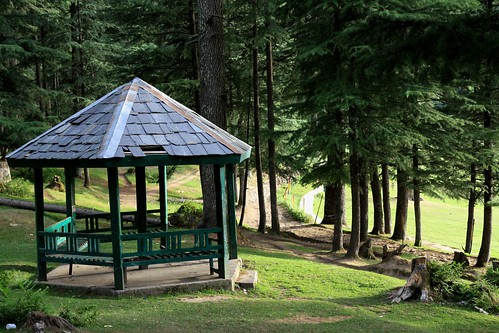 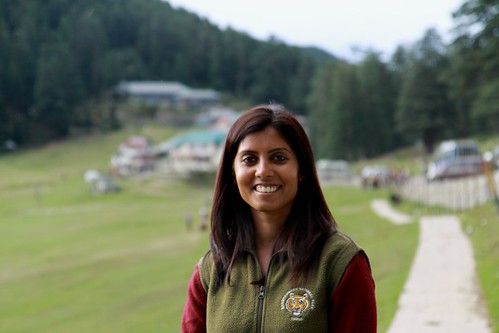 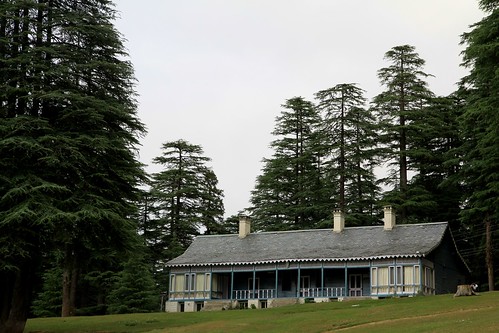 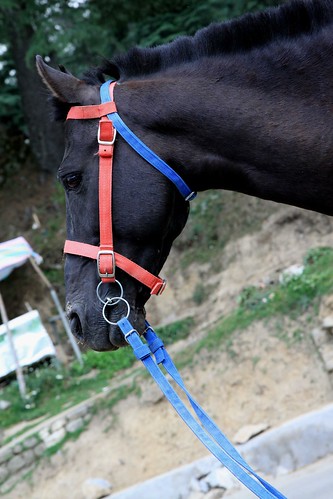 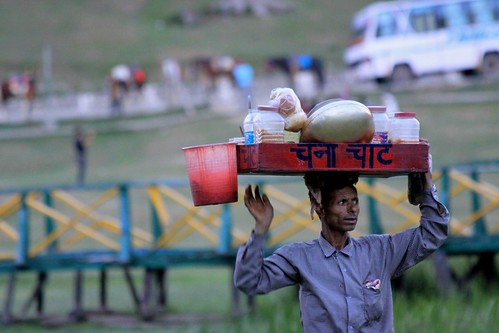 Chana Chat, anyone? I actually saw people having it @ 9 in the morning! 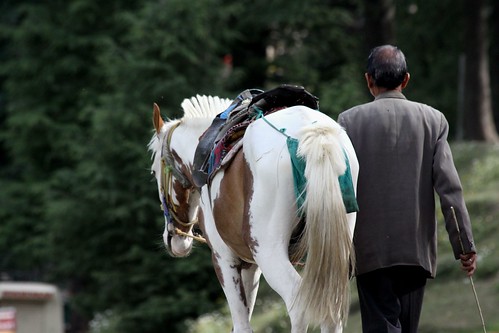 Going home after a long day at the Glade 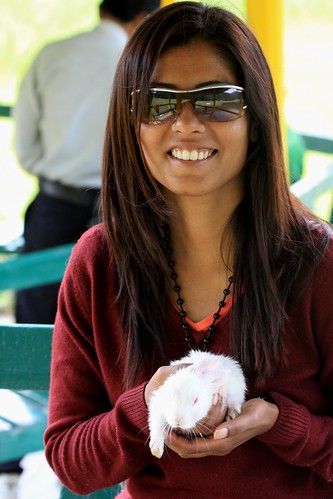 Savi with a rabbit borrowed from the Photo Props kid 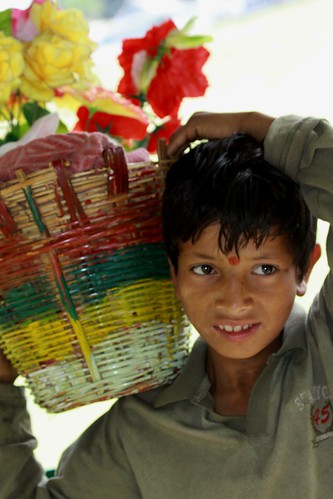 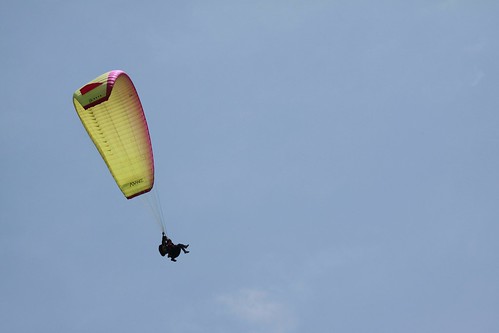 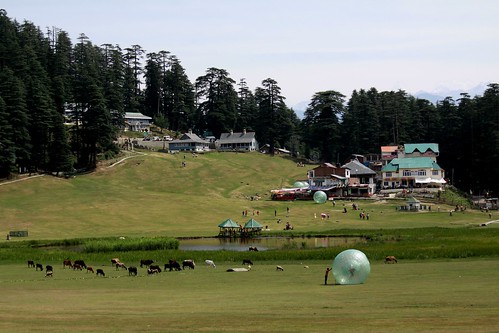 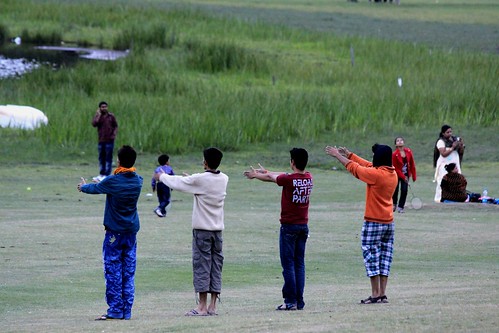 Punjabi Mundas losing it in Khajiar – I have no clue what they were upto!

4 Responses to The Glade, Khajjiar