Hampi, bounded by the Tungabhadra river on one side and hills on the other three sides, was the former capital of the Vijayanagara (City of Victory) Empire. The ruins have now been classified by UNESCO as a World Heritage Site (listed as the Group of Monuments at Hampi).

Granite boulders of varying shapes dominate the landscape around Hampi. 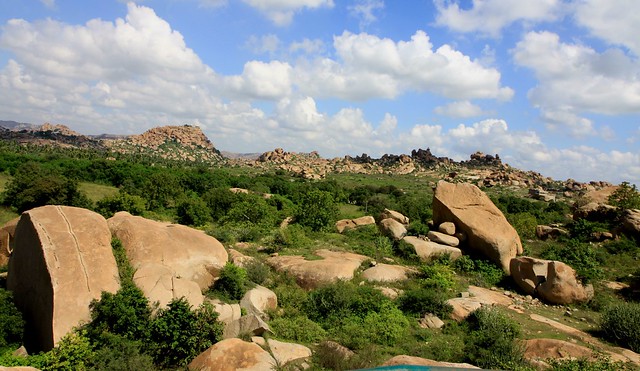 This unique and fascinating terrain is the result of three thousand million years of erosion (sun, wind, and rain). 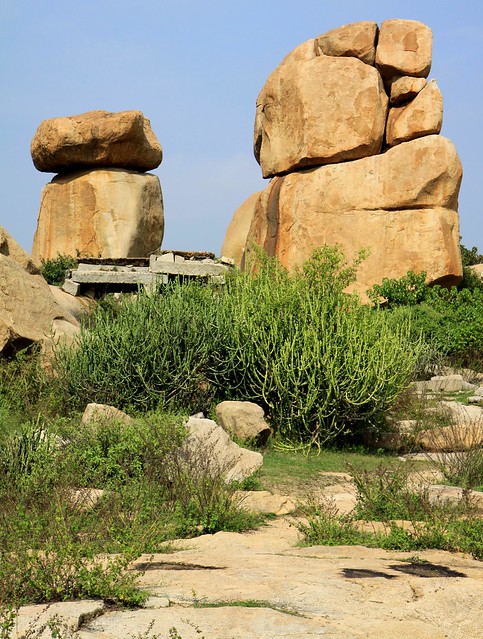 Historians have split the ruins into two sections – Sacred Centre and Royal Centre.

SACRED CENTRE
The section includes the monuments enclosed between Hampi Village, Hemakuta Hill, Matanga Hill, and Gandhamadana Hill. Although Vitthala Temple does not fall within these boundaries, it is has been included within this group of monuments.

Courtesan’s Street
This colonnaded street, leading to the Achyutaraya Temple Complex, used to be a thriving market for precious stones. 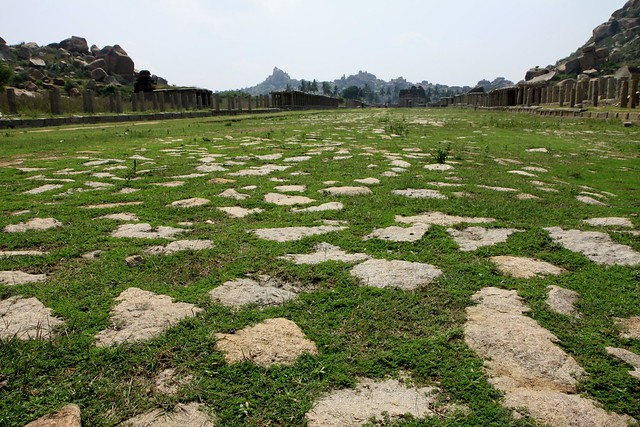 Pushkarni
This stepped tank, east of the Courtesan’s Street, was popular amongst its patrons during the warm summer afternoons. The rectangular tank has a small pavilion in the middle and steps along all the four banks. 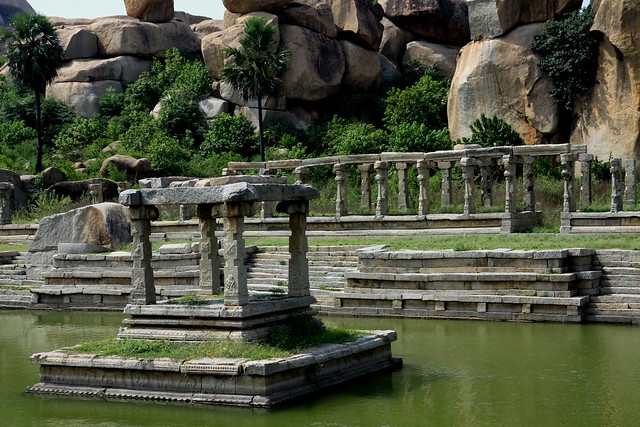 Sasivekalu Ganesha
This 2.4 m high monolithic sculpture of Lord Ganesha is located at the junction where the road from Hampi branches into two – one going to Hospet and the other to Kamalapura. 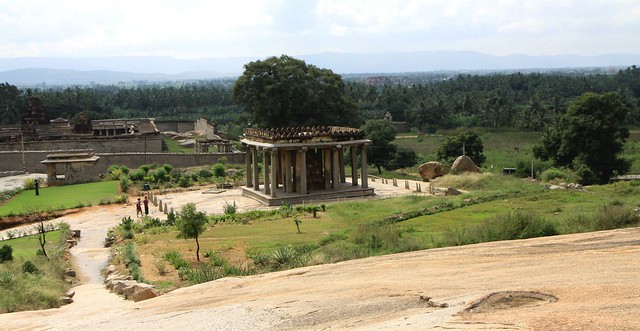 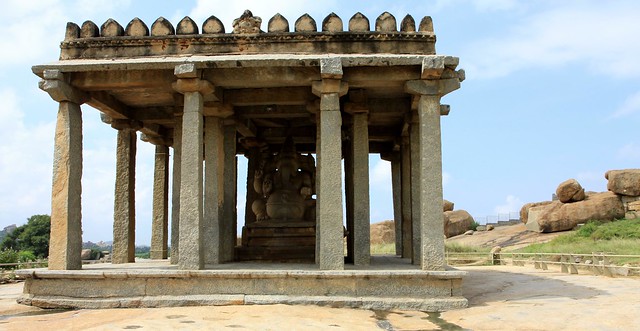 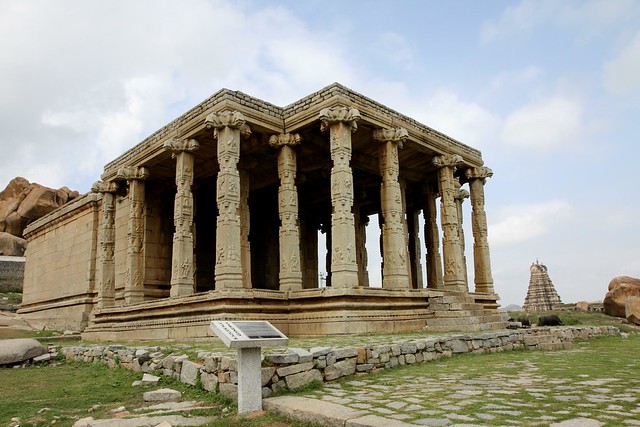 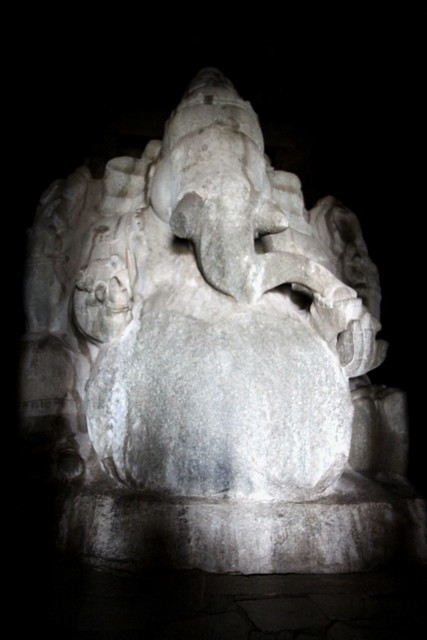