This complex, situated on the northeastern part of Hampi, is one of the predominant monuments within the Sacred Centre. 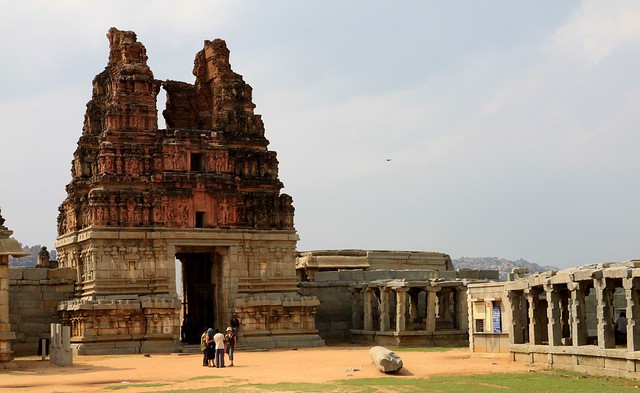 View of the complex from the main gopuram

One of the key attractions within this complex is the Stone Chariot or Ratha Temple. This monolithic Garuda temple resembles the temple chariots (rathas) in which temple idols were traditionally taken out during festive occasions. 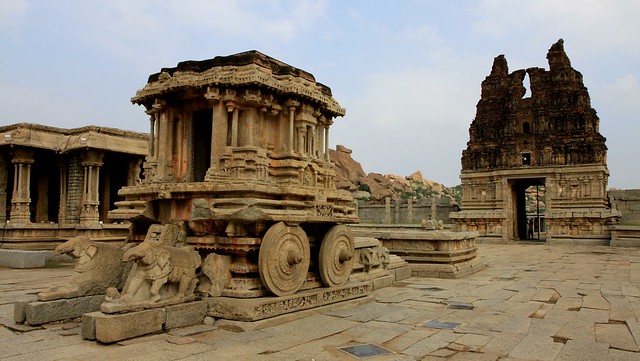 There are free standing mandapas on either side of the Garuda shrine. The one on the southern side is the finest of the two, with intricately carved pillars on all sides. 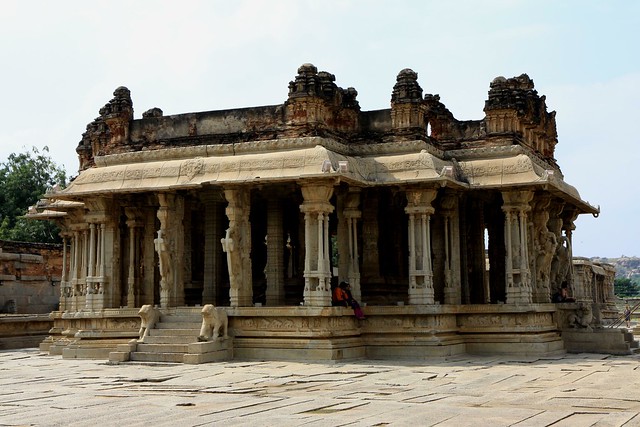 It has a raised dais surrounded by Yali pillars. 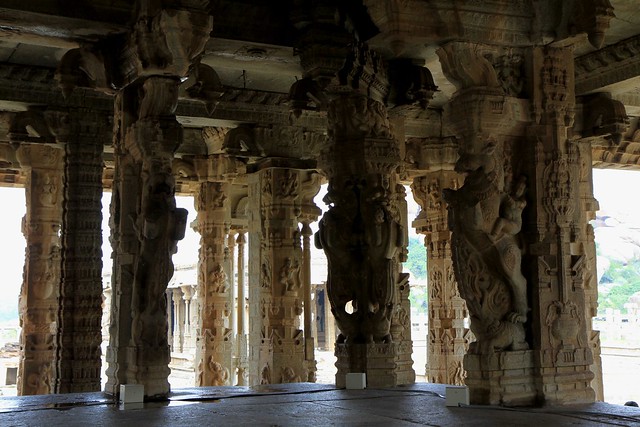 Pavilion inside the Mandapa

The 100-columned Hall next to the Southern Gopuram has a trilingual (Kanada, Tamil, Telugu) Krishnadevaraya inscription that has been dated 1516. 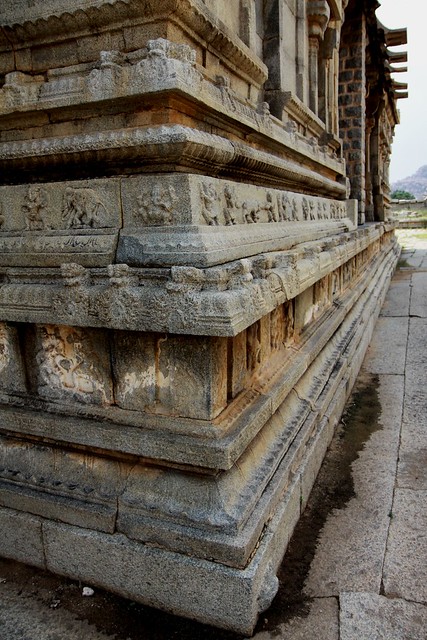 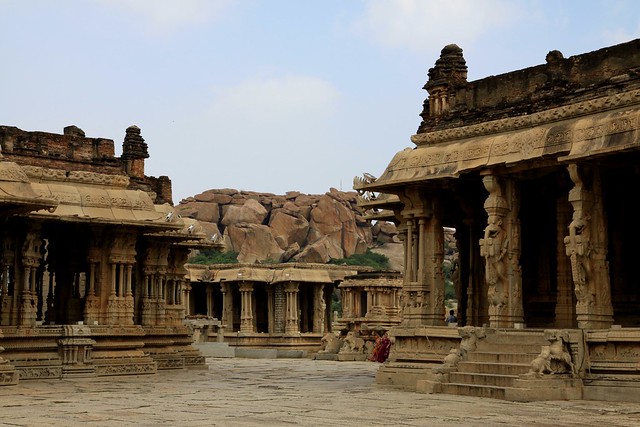 View from the 100-columned Hall 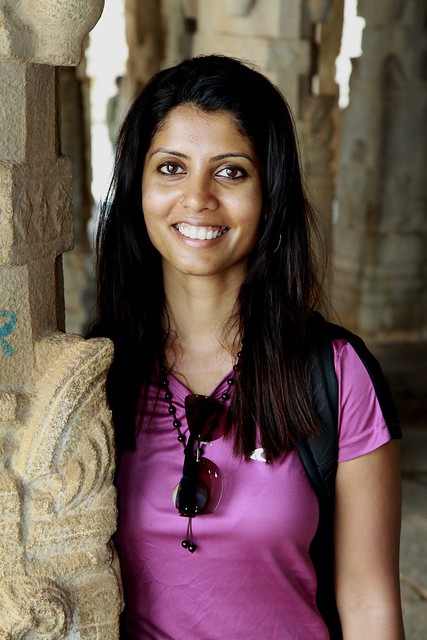 Inside the 100-columned Hall

The Main Shrine was originally built with just one enclosed Mandapa. An open Mandapa Extension was added in 1554. 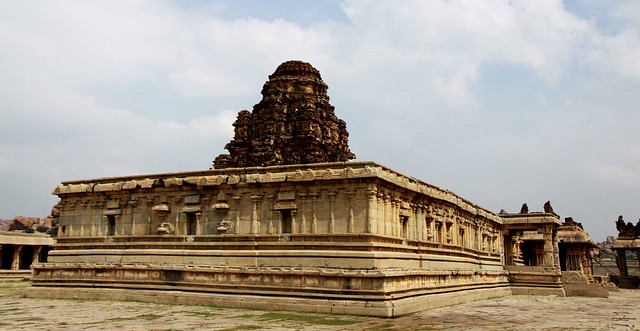 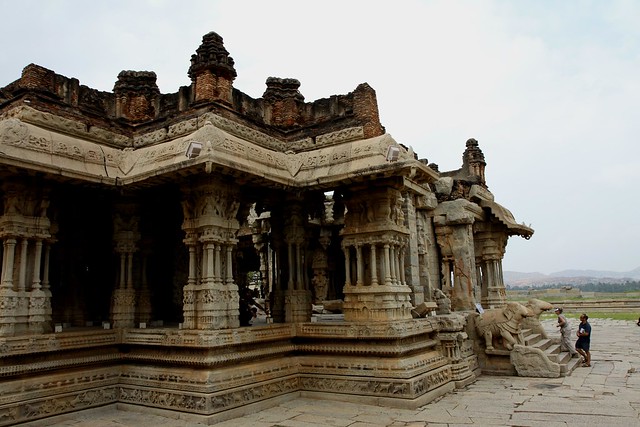 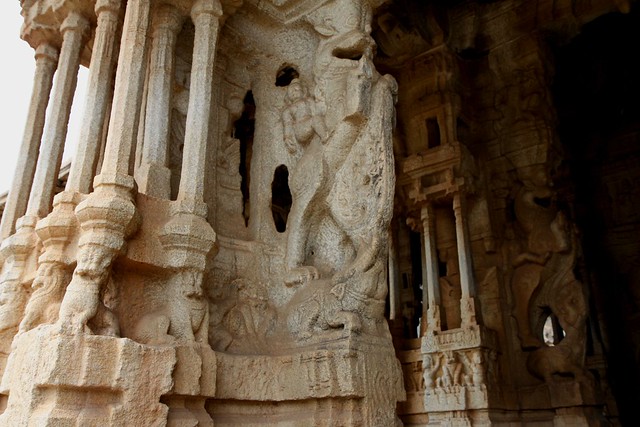