The Kalyani Chalukyas established the city of Bijapur in the 10th Century AD. The city changed hands and became part of the Khilji Sultanate during the second part of the 13th Century.

In 1347, the Bahmanis of Gulbarga took over the sultanate from the Khiljis only to be split into 5 states, known as the Deccan Sultanates, with the Adil Shahis taking control over Bijapur. 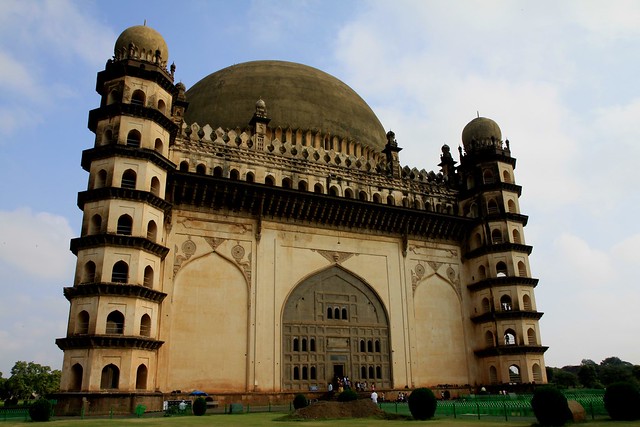 The topmost floor of all the 4 minarets opens out into a circular balcony, known as ‘Whispering Gallery’. 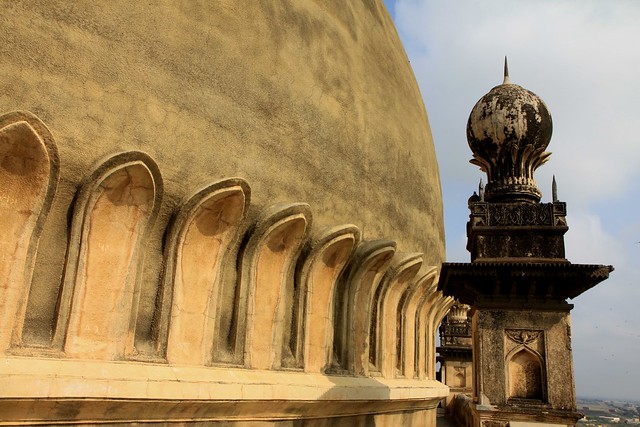 The amazing acoustics ensure that anything whispered in one corner of the gallery can be heard clearly on the diagonally opposite side. 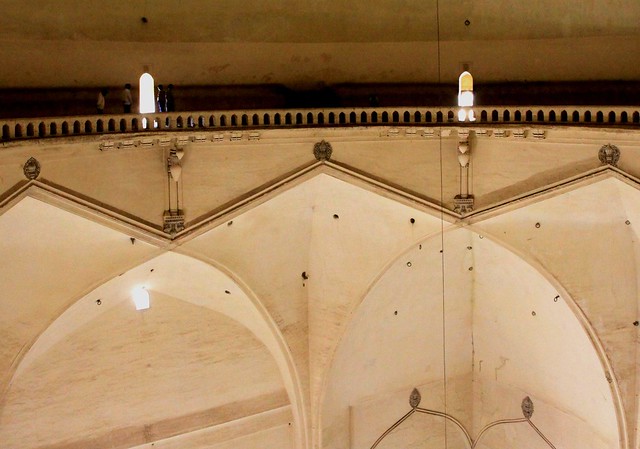 This large mosque was built by Ali Adil Shah I. 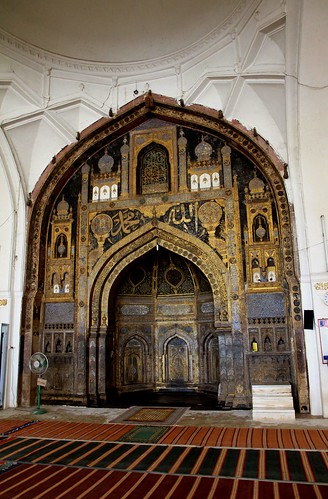 It has a large prayer hall with beautiful arches and an exquisitely carved niche with quotations from the Quran inscribed in gold. 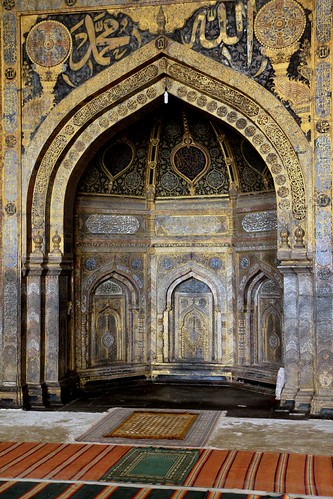 This mausoleum complex, built by Ibrahim Adil Shah II (1580-1627), consists of a mosque and a tomb within a walled compound.

Both the structures are elevated on a common plinth in the middle of a well manicured garden. 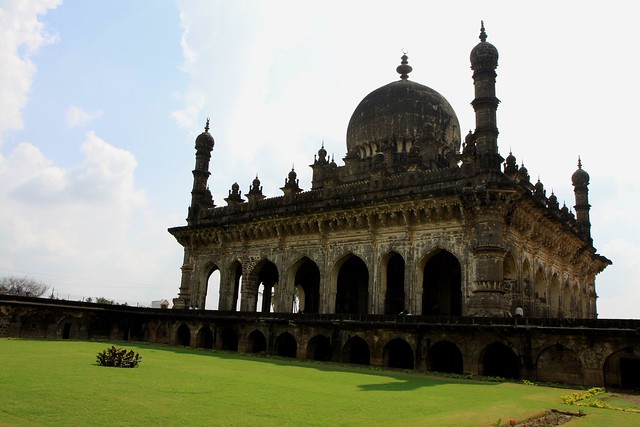 Ibrahim II was known for his religious tolerance. 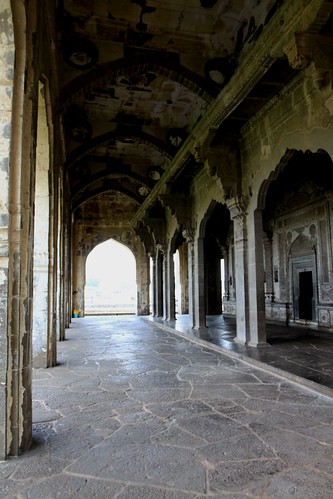 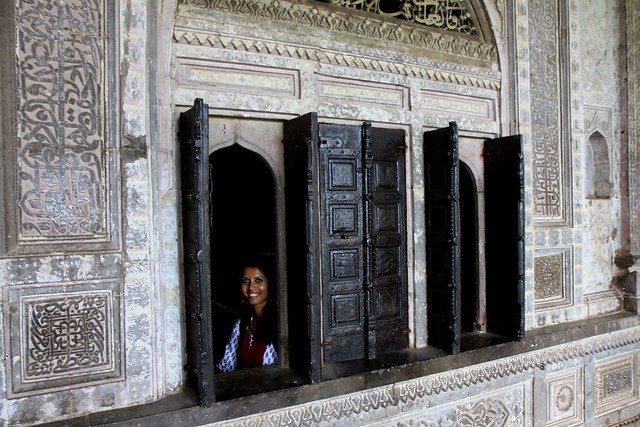 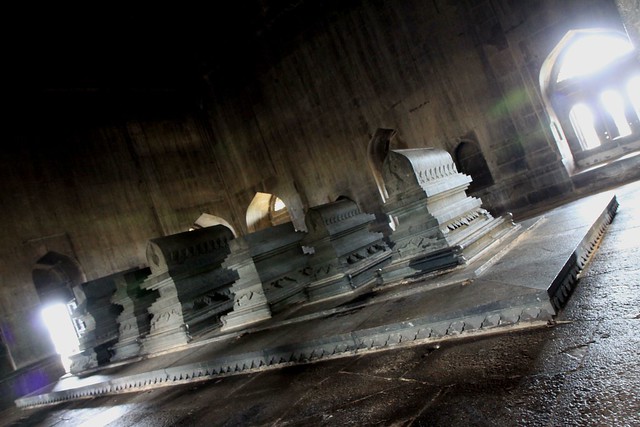 The mosque has a rectangular prayer hall, a facade with five arches, and thin minarets at each of the four corners. 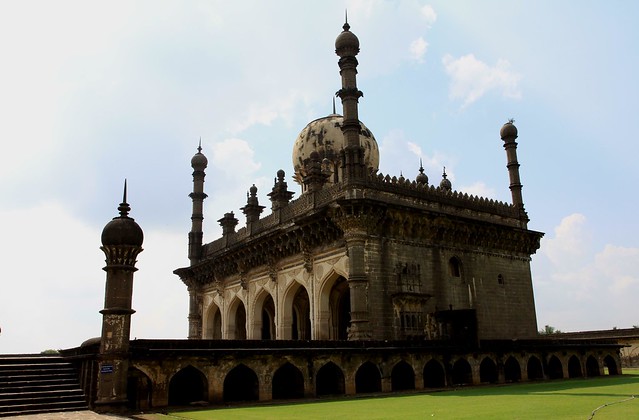 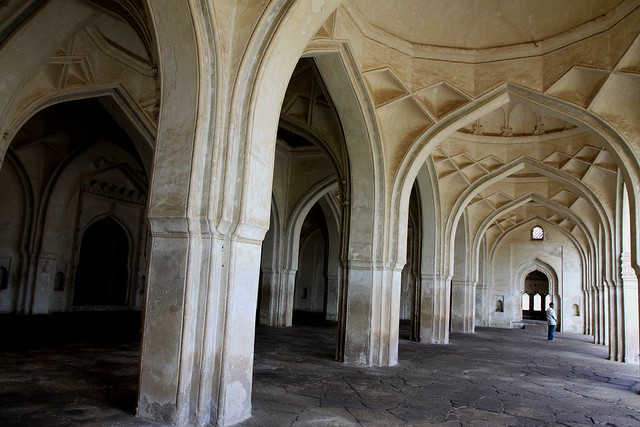 Ali Adil Shah II was only 18 years old when he succeeded to the throne in 1657. During his reign the kingdom faced constant threats from the Mughals and the Marathas. 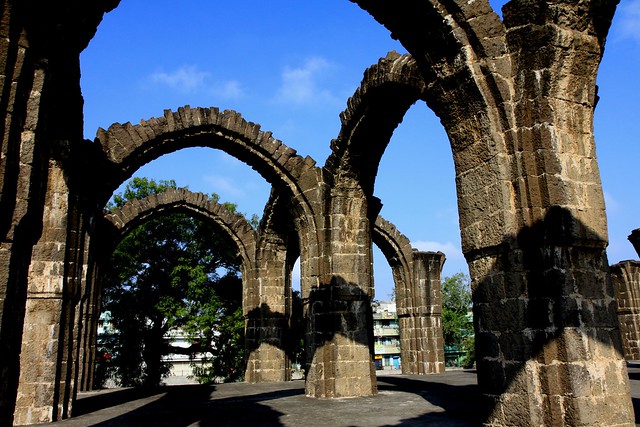 Although he wanted to build a mausoleum of unmatched architectural brilliance, the work on the mausoleum was never completed. 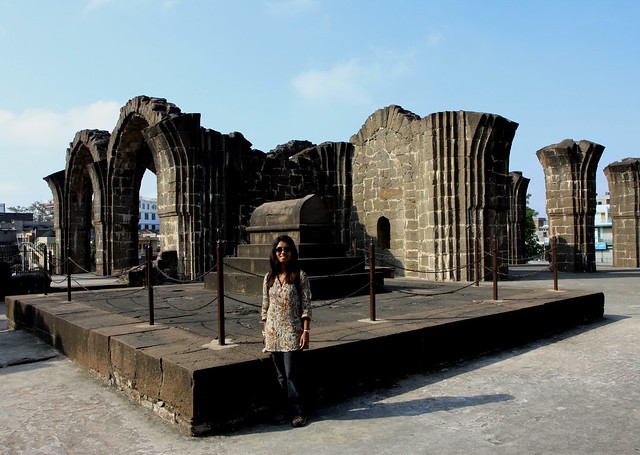 Malik-e-Maidan, Urdu for ‘The Monarch of the Plains’, is the world’s largest medieval cannon. 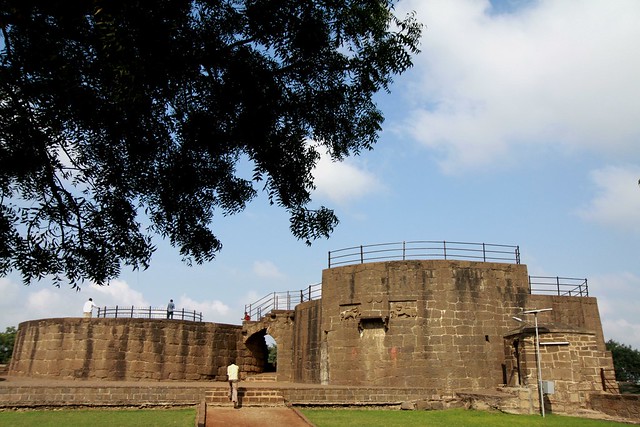 A lion’s head has been carved onto the 55 ton cannon’s muzzle. 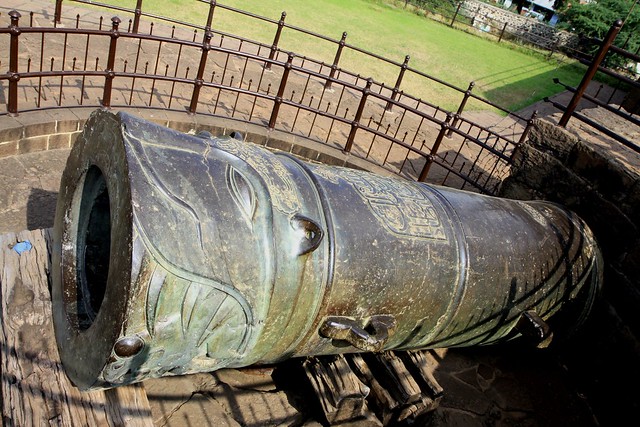 Sat Manzil is a seven storied watchtower situated near the Gagan Mahal. 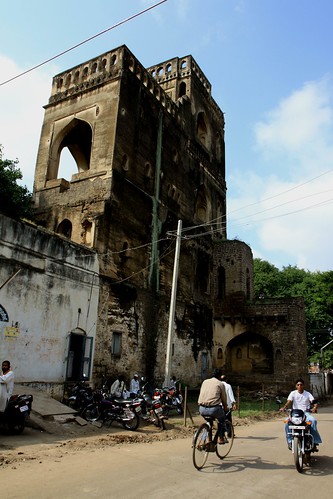 This 25m watch tower, built in 1584 by Hyder Khan, offers commanding views of Bijapur and is home to two large cannons.

Jala Manzil (Water Palace), part of the Zenana Complex, is a small structure set within a tank. 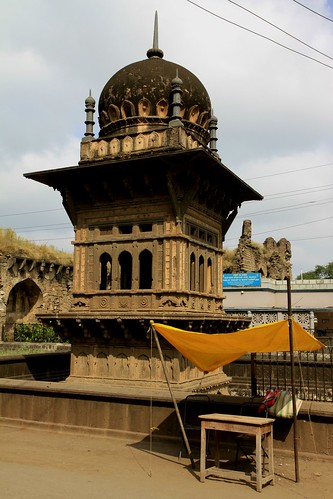 Gagan Mahal was built by Adil Shah I in 1561 to serve as his palace and audience hall. The ruins are now part of a park which is open to public in the evenings. 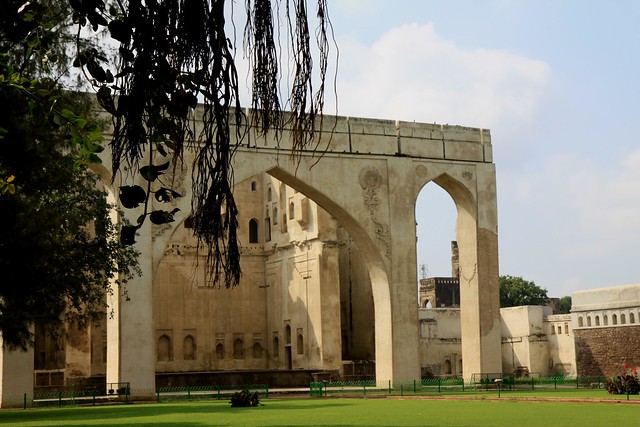 Asar Mahal was built by Mohammad Adil Shah in 1646 to serve as a ‘Hall of Justice’. As per the local legends, the Mahal houses two strands of Prophet Muhammad’s hair. 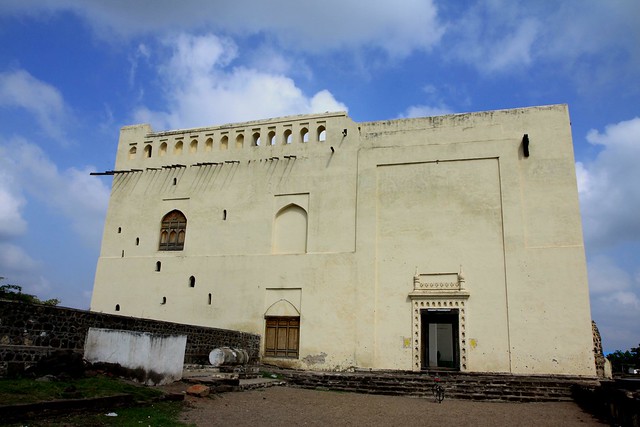 Mehtar Mahal (Sweeper’s Palace) is an Indo-Saracenic gateway which leads to a small mosque. 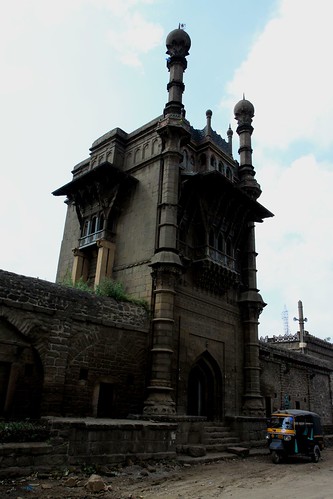 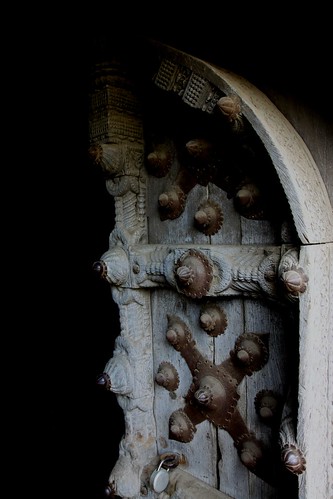 Door opening into the Mosque