Halebidu, capital of the Hoysala Empire during the 12th century, is home to one of the best examples of Hoysala architecture in the ornate Hoysaleswara temple. Halebid was earlier known as Dwarasamudra, the ‘Gateway to the Sea’.

Soap stone AKA Chloritic Schist was used in the construction of this temple dedicated to Lord Shiva.

This temple is built on a star-shaped pedestal and is centered around a pillared hall. 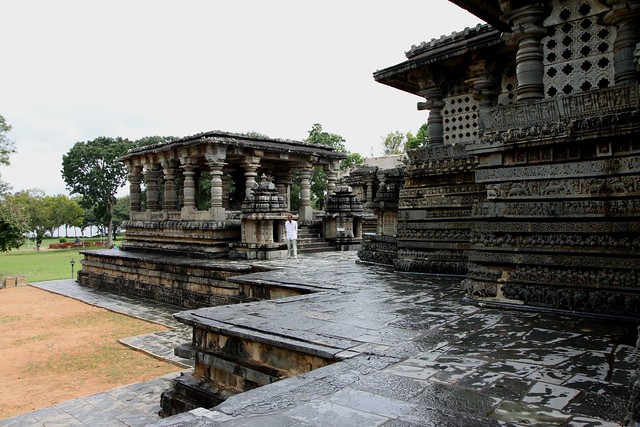 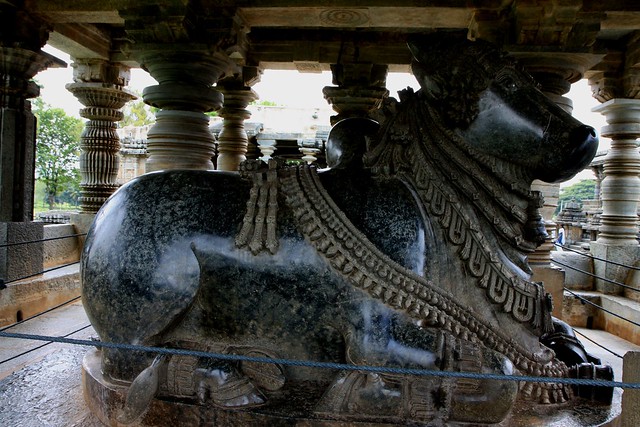 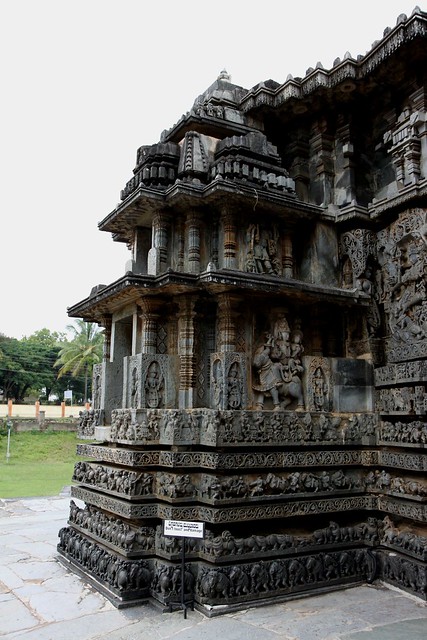 The exterior walls of the temple are covered with numerous depictions from Hindu mythology. 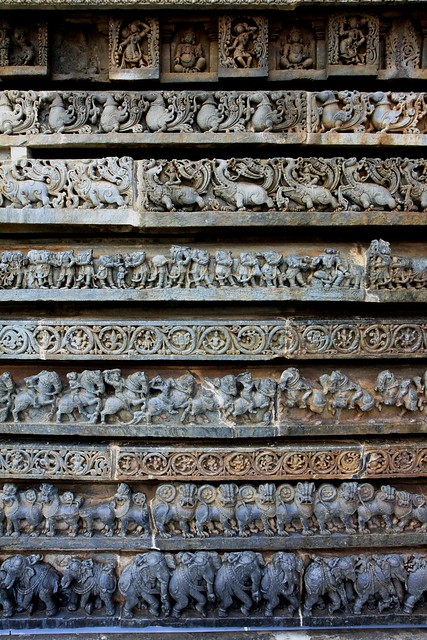 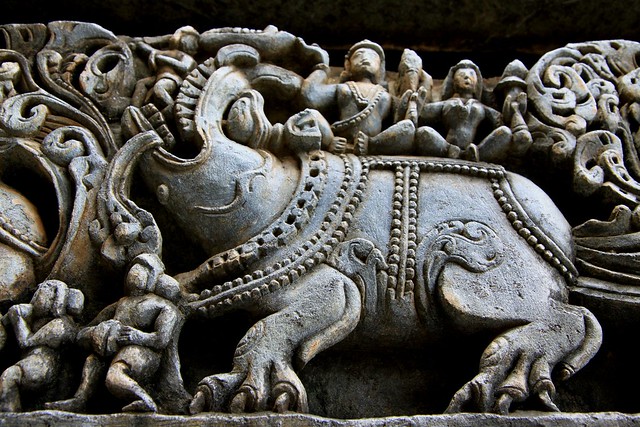 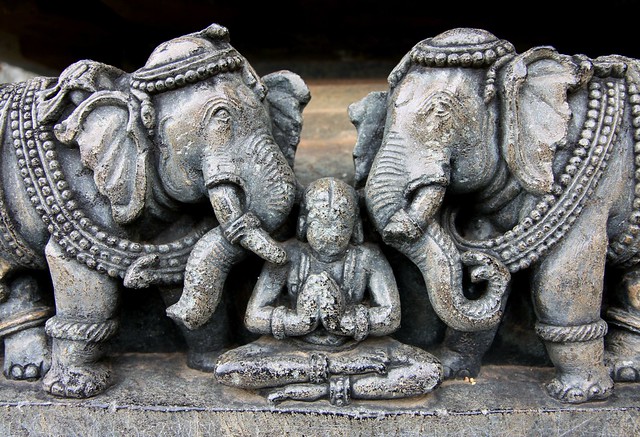 This temple has been proposed as an UNESCO World Heritage Site. 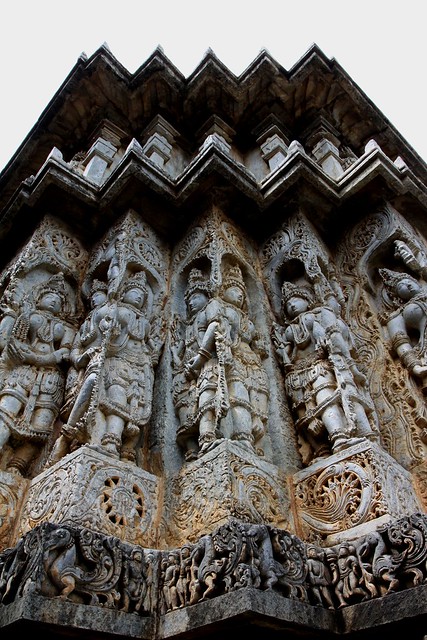 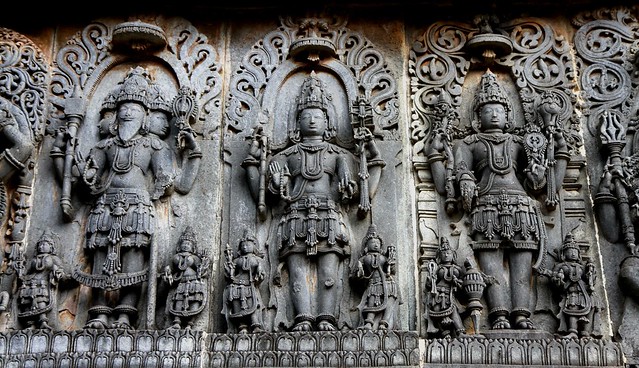 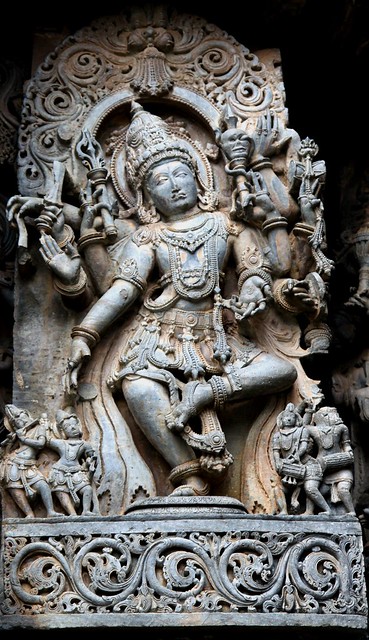