These Pattandal temples on the banks of the Malaprabha River, was designated as a World Heritage Site by UNESCO in 1987. 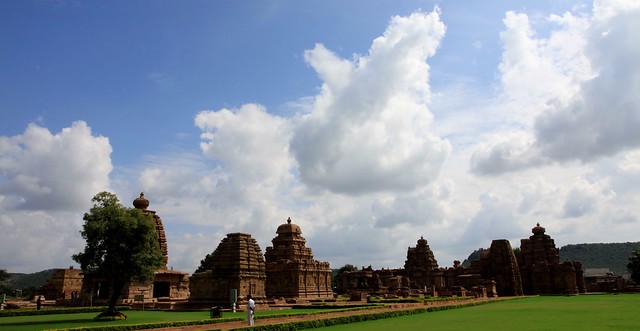 The complex consists of ten temples including a Jain sanctuary surrounded by numerous small shrines. Four of the temples were built in Dravidian style, four in Nagara style of Northern India and the Papanatha temple in a mix of both Dravidian and Nagara styles.

This Dravidian style temple was built by Queen Lokadevi in honor of Vikramaditya II’s victory against the Pallavas of Kanchipuram in the year 735 AD. 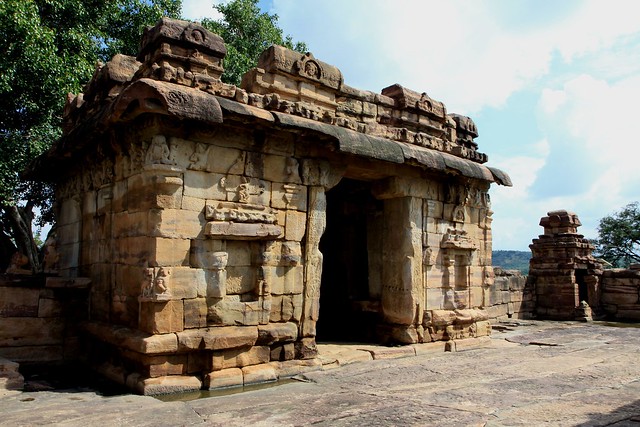 This is the largest temple in the Pattadakal Enclosure. 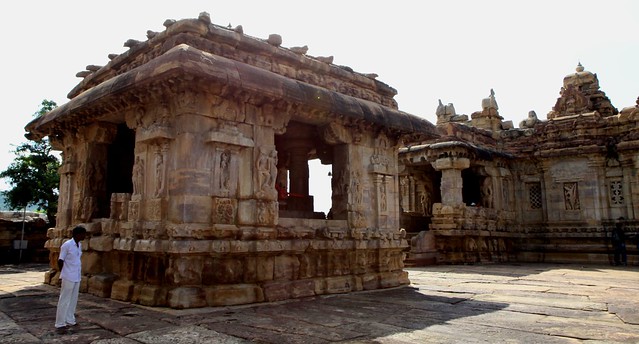 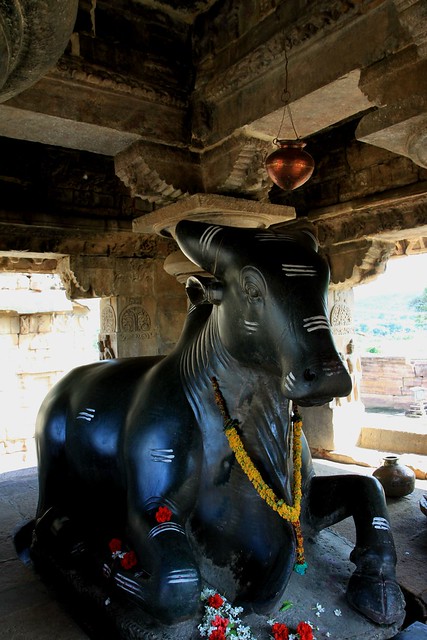 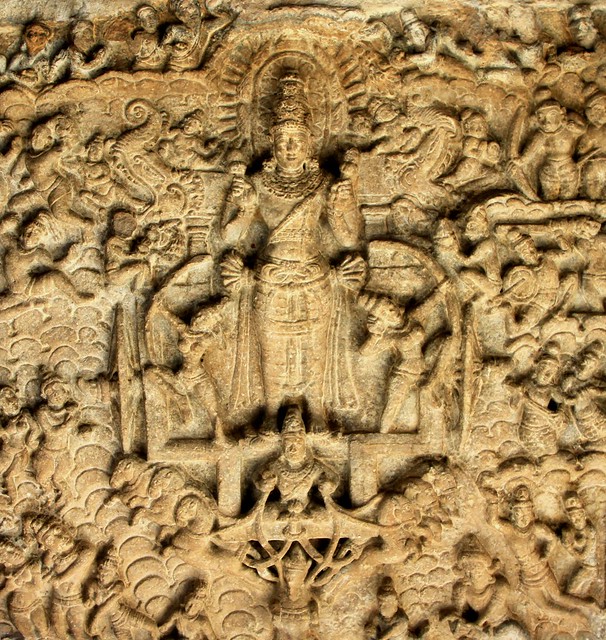 This temple was built by Vikramadiyta’s second queen Trilokyamahadevi in 745 AD. 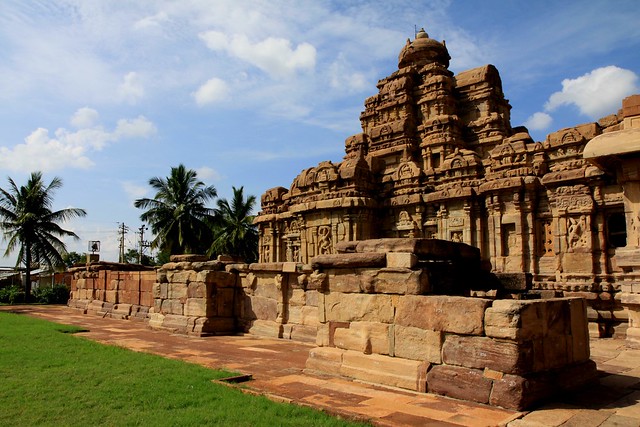 This temple, built by Vikramaditya II, has an eight cornered Linga. 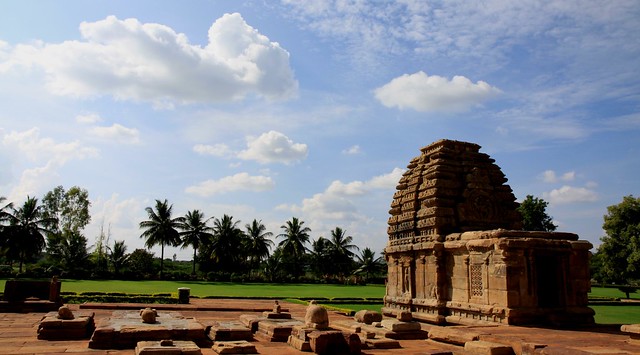 This Nagara style temple was built by the Rashtrakutas in the 8th Century. 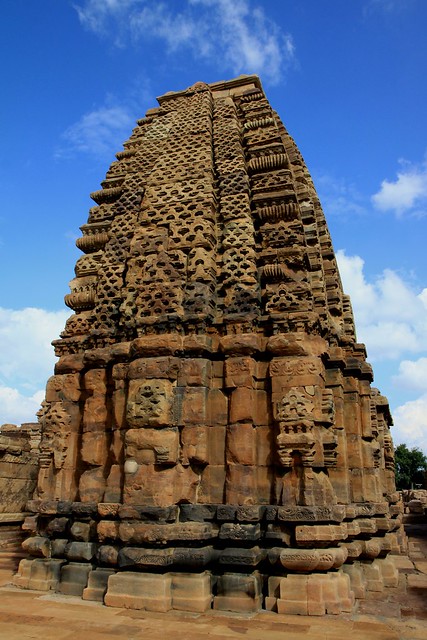 This Dravidian temple, built by King Vijayaditya, is the oldest temple in Pattadakal Enclosure. 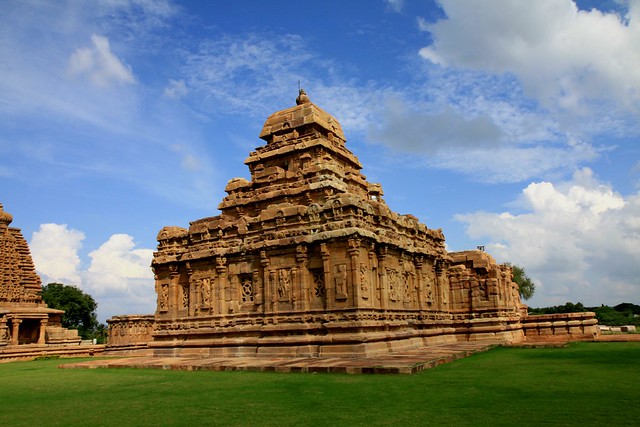