Srirangapatanam is an island in the Cauvery river of great religious, cultural and historic importance. The town takes its name from the famous Ranganathaswamy temple making it one of the important Vaishnavite centers of pilgrimage in Southern India.

This temple dedicated to Lord Ranganatha (reclining form of Vishnu) is one of the Pancharanga Kshetrams. It was built by the Gangas in 9th Century. 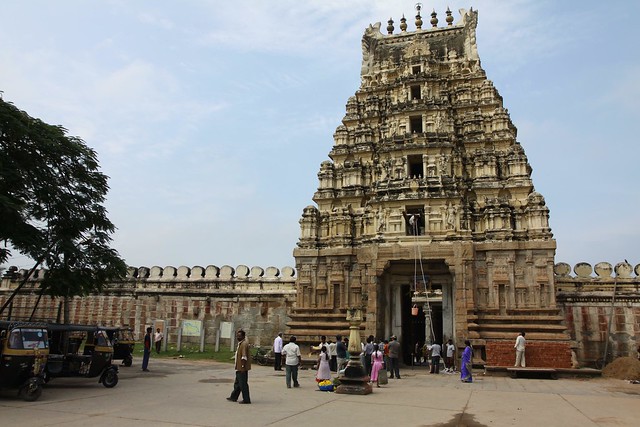 This dungeon, named after Colonel Bailey who died here in 1780 AD, is built of brick and mortar. The prisoners were chained to stone hooks attached to the walls. 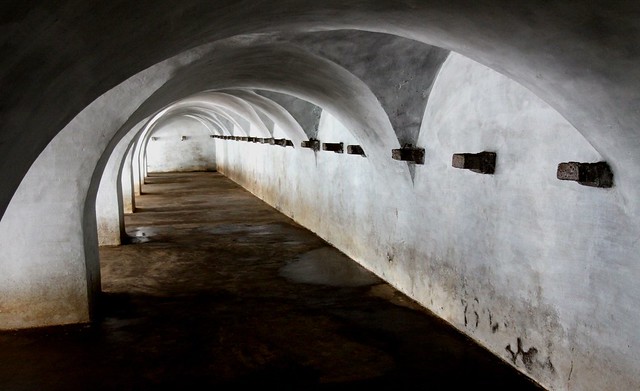 During the seige of Srirangapatnam, one of the cannons crashed through the ceiling and fell into the dungeon.

This dungeon was used by Tipu Sultan to imprison Captain Baird, Captain Rulay, and Colonel Brithwite.

View of the Cauvery river from the roof

This two-level masjid was built by Tipu Sultan in 1784. 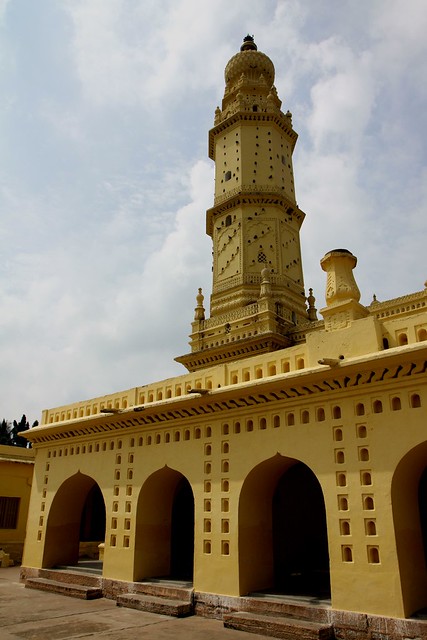 As per the locals, this used to be Tipu Sultan’s favorite Mosque. 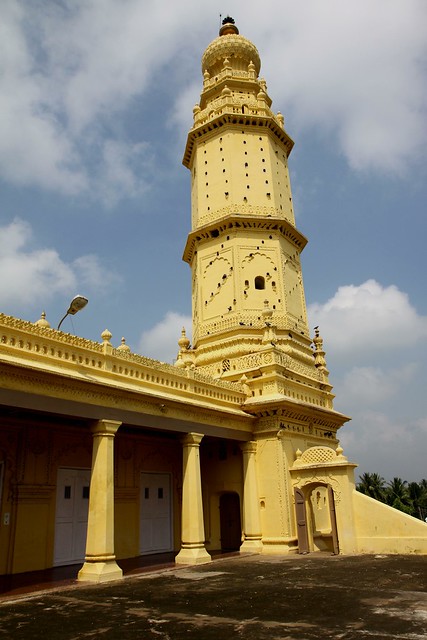 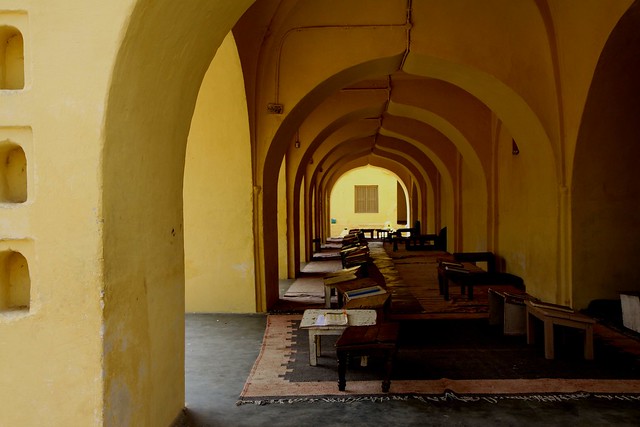 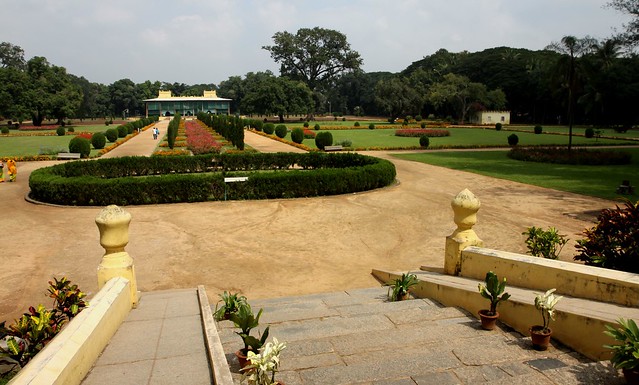 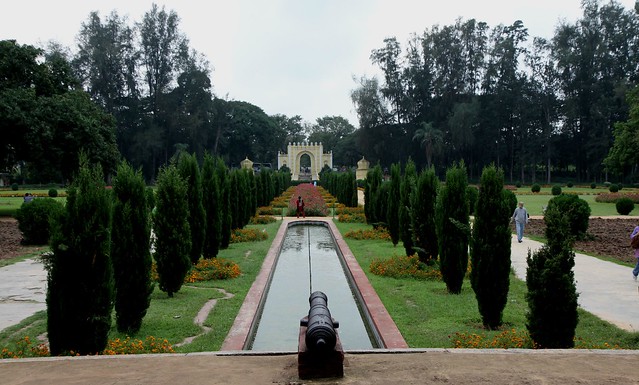 View of the gardens from the Palace

The walls inside the palace are covered with frescoes depicting war scenes. 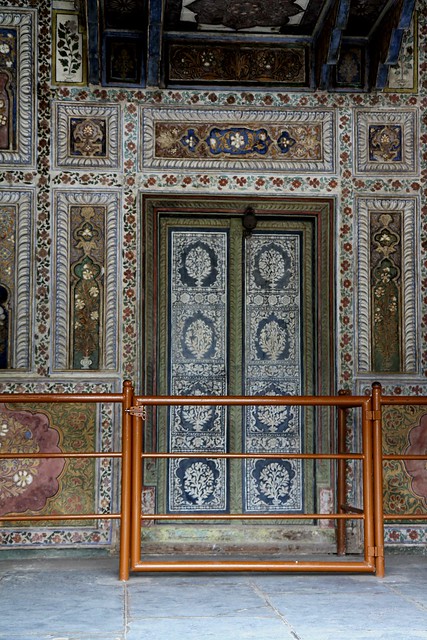 The Gumbaz was built by Tipu Sultan in 1784 as a mausoleum for his father. The central chamber now houses the tombs of Tipu Sultan, Hyder Ali and Fakr-un-nisa (Tipu Sultan’s mother). 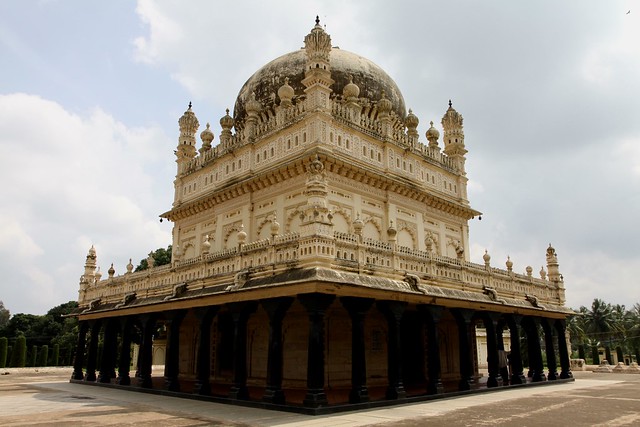 Gumbaz with its black basalt pillars 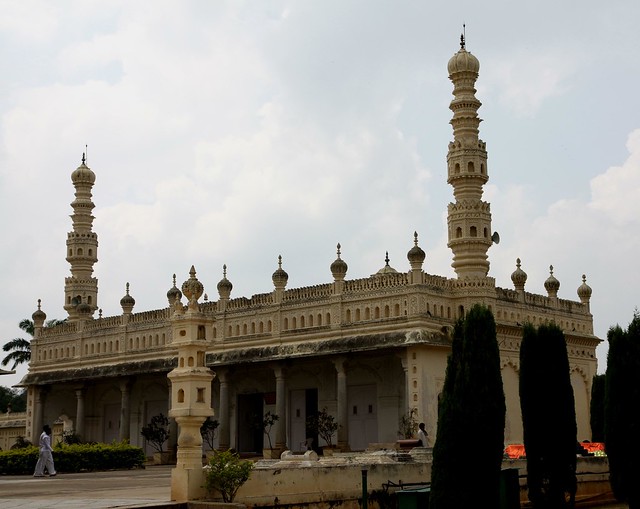 Sangam, about 3 Kms from Srirangapatna town, is where Loakpavni (a tributary of Cauvery) reunites with Cauvery. 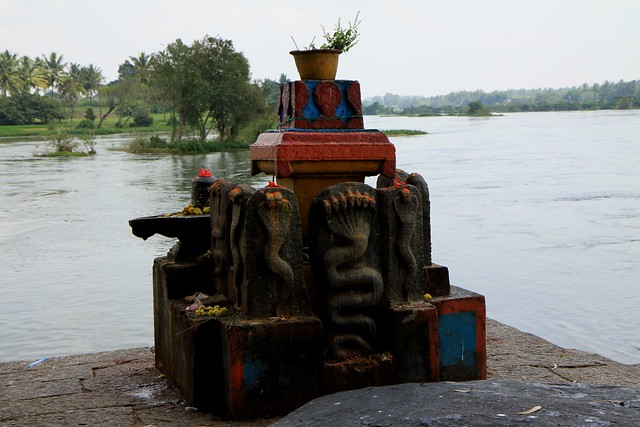 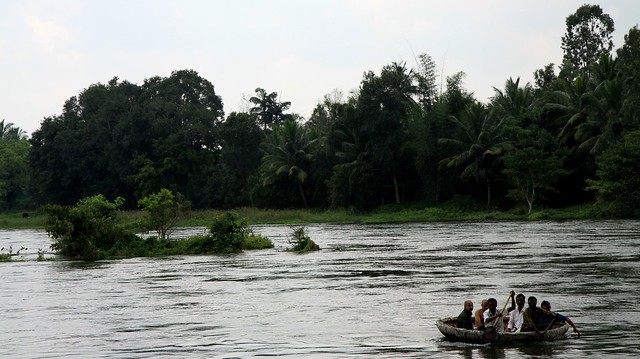 Ranganathittu is a small Bird Sanctuary, comprising of six islets on the banks of the Cauvery River.

Since these islets provided a perfect nesting ground for birds, Dr. Salim Ali persuaded the Wodeyar kings to declare the area as a bird sanctuary in 1940. 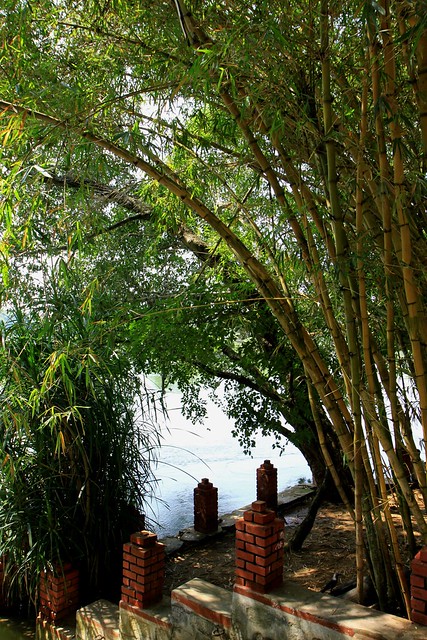 Bamboos along the bank

The Sanctuary organizes boat rides through the islets for a closer look at the nesting birds. However when we reached the sanctuary the boat rides were suspended due to high water levels.

3 Responses to Photo Tour of Srirangapatanam