Shravanabelagola Temple, one of the main Jain pilgrim centers, is located in the midst of the Vindhyagiri and Chandragiri hills. It is named after the tank in the middle of the town called ‘Belagola’. 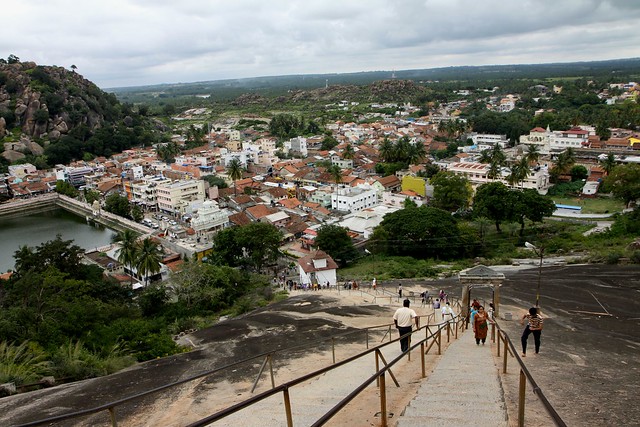 The statue was installed by Ganga King Rachamalla Sathyavakya in 988 AD. 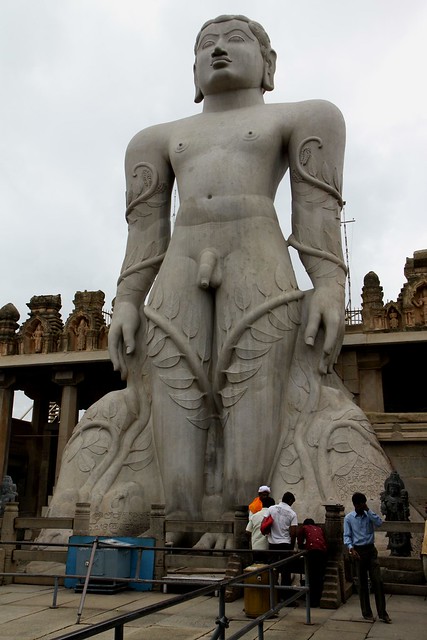 Bahubali was the first son of king Vrishabhadeva, who later became the first Tirthankar (Adinath). 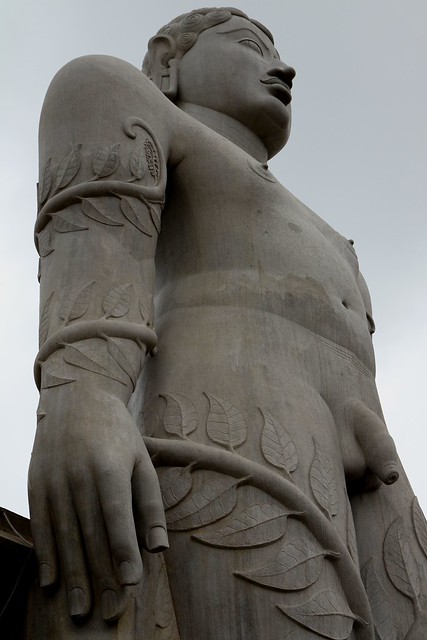 View of the Chandragiri hills from the top

This Jain Basti is known for it’s exquisite sculptures and frescos. 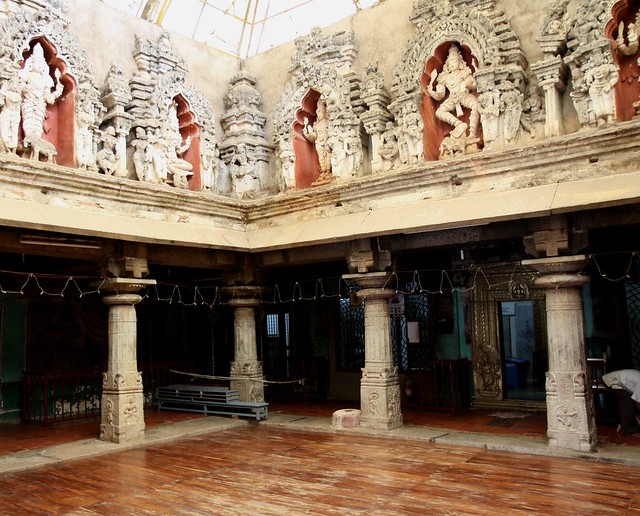 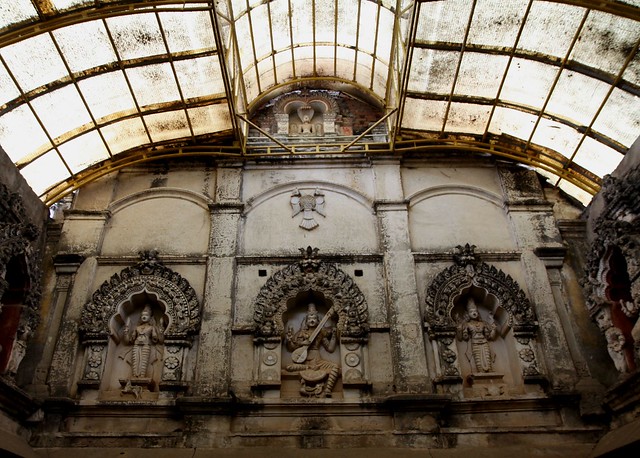 Sculptures on the side walls 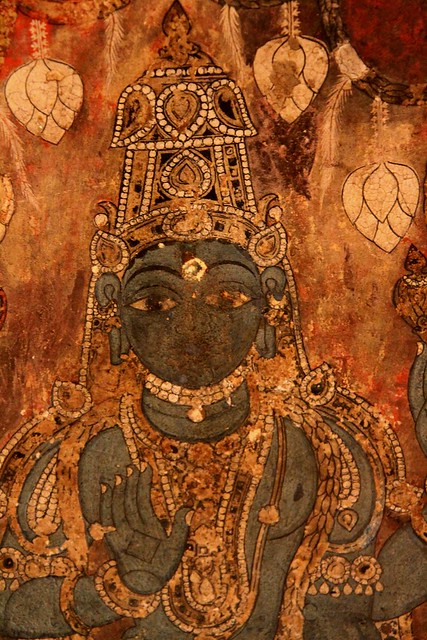 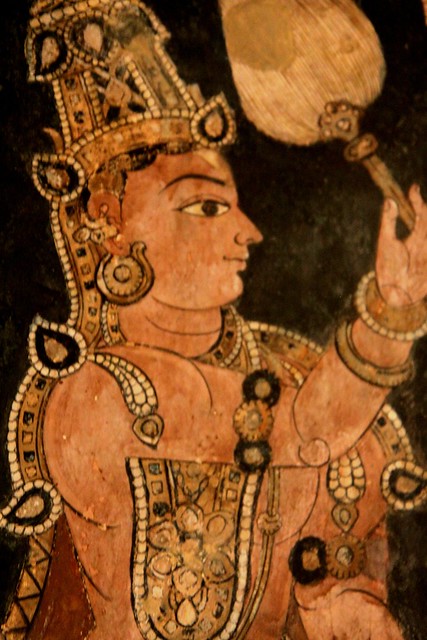 Chandragiri is a small hill opposite the Vindhyagiri. A set of rock cut steps take you up to the Temple Complex. 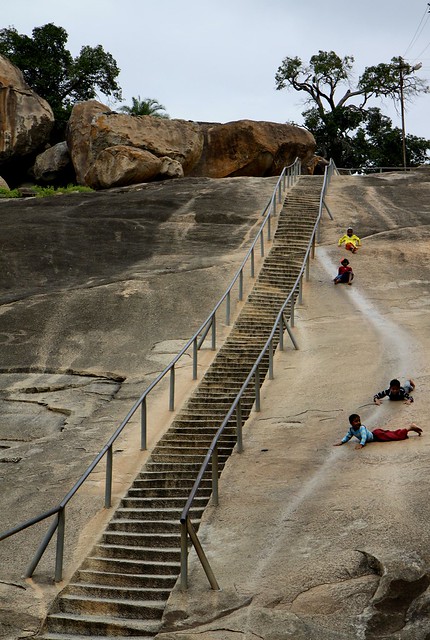 Who needs snow when you have bums made of steel

The walled temple complex has numerous Jain temples and monasteries. 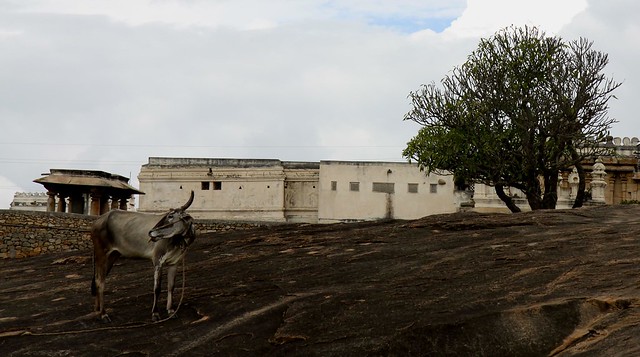 Outside the temple complex

It is said that Chandragupta Maurya, and his guru Bhadrabahu came here from North India and participated in Sallekhana (death by fasting).

Inside the temple complex 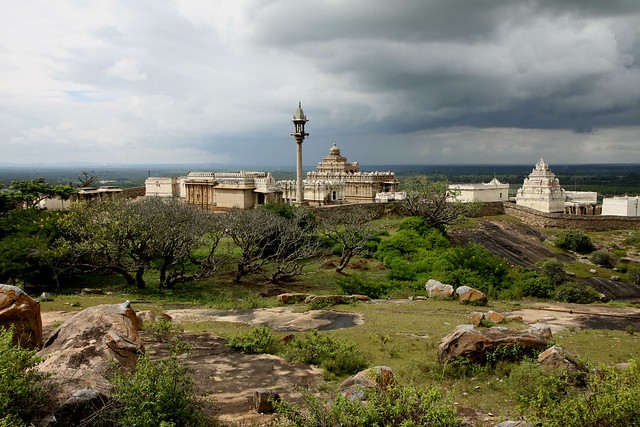 View from the top of the hill