Kozhikode – Jewel of the Malabar

In the Malabar region, along the north coast of Kerala, Kozhikode, or Calicut as it is also known, is a town rich in history and culture. Besides being the place where the Portuguese explorer Vasco da Gama landed in 1498 on the nearby Kappad Beach it’s the largest town in North Kerala, and its population that comprises Hindus, Muslims and Christians makes it a cultural hub with several historical sights. Besides this, with the Arabian Sea on the west and the Western Ghats to its east, Kozhikode can be used as a base for exploring serene beaches and wildlife sanctuaries in the neighboring region.

For travelers, Kozhikode presents the option of a quiet holiday spent exploring the region’s culture and history as well as relaxing in the midst of natural beauty. 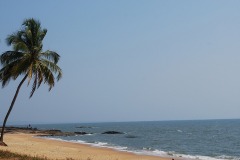 Around 16km from Kozhikode town, Kappad Beach is of historical significance as it is the first place where Vasco da Gama set foot in 1498 and established the sea route to the Malabar Coast, which other European companies subsequently used to access the abundance of spices in the state. Today, a stone monument on the beach stands as a reminder to the important event. The beach is calm and uncrowded, except in the mornings, when the fishermen take their boats out to sea. 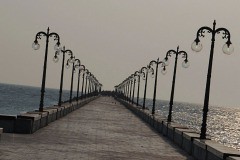 The ancient port of Beypore was one of the early trading points between the Middle East and Kerala. In addition, it has a beautiful beach and a marina. The town, which is located on the banks of the Chaliyar River, is also famous for building wooden ships that were earlier used by Arab merchants for trading. Nowadays, they are used for fishing and tourism. The small shipyard in the town is the center of all the shipbuilding activity.

The 14th century temple, which was built during the Zamorin rule, is a perfect example of Kerala’s temple architecture with its wooden pillars and tiered sloping tiled roofs. The temple is dedicated to Shiva and has several ceremonies that take place every day. However, the best time to see it is during its annual festival that coincides with the Malayalam New Year. The seven-day festival witnesses hundreds of pilgrims participating in the ceremonies. 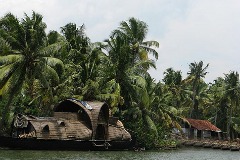 Just like the southern parts of Kerala, Kozhikode presents travelers the opportunity to experience Kerala’s unique backwater ecosystem on a boat cruise. The backwaters in these parts are relatively untouched compared to other tourist destinations in south Kerala. The Elathur Canal and Kallai River are the best options for taking cruises on a traditional houseboat known as kettuvallom, which goes past quiet hamlets and coconut palm fringed banks to provide a glimpse into the typical rural life in Kerala.

Around 5km away from the town, situated on East Hill, this museum that is run by the State Archaeology Department has a collection of old coins, murals and other ancient artifacts. The main attraction is the adjacent art gallery that has an excellent collection of paintings by Kerala’s greatest artist Raja Ravi Varma (1848-1906). His portraits are known for their simple composition combined with stunning depth that showcases the culture and lifestyle of the people during that period. 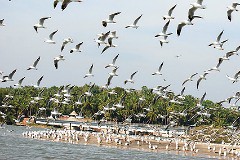 The scenic sanctuary is located in an area surrounded by hillocks at the place where the Kadalundi River joins the Arabian Sea. The untouched estuary is home to over a hundred species of native birds in addition to around sixty species of migratory birds that visit between the months of October and March. These include Terns, Sea Gulls and Sandpipers among other species. A nearby hillock also offers a wonderful view of the surrounding area, including the point where the river meets the sea.

Besides these popular attractions, Kozhikode has bazaars, monuments and several other sites of natural beauty that can keep tourists busy for two or three days. Like other tourist destinations in Kerala, it also has Ayurveda resorts and centres, where travellers can experience the age old system of medicine that is known for its detoxification and rejuvenation therapies. Being affected by the southwest monsoon that washes over the state from June to September, Kozhikode is best visited between October and March.