The Hall of Fame Leh is a museum constructed and maintained by the Indian army in memory of the brave soldiers who lost their lives in the Indo-Pak wars. 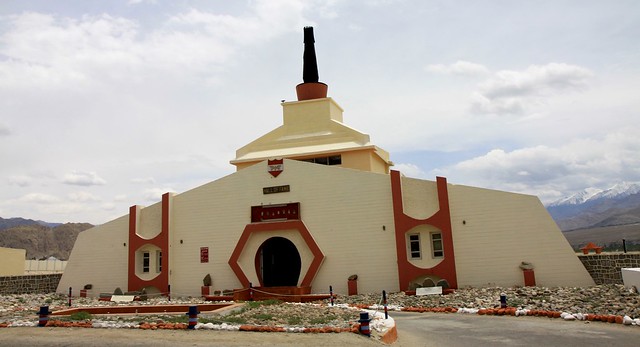 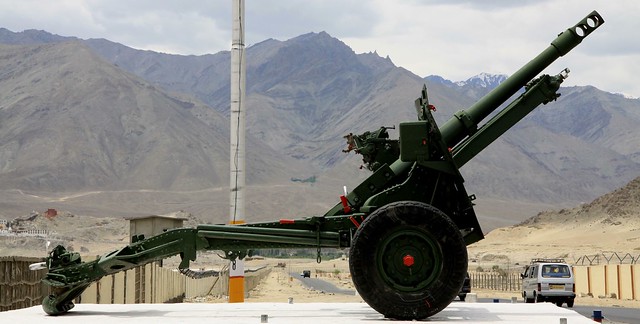 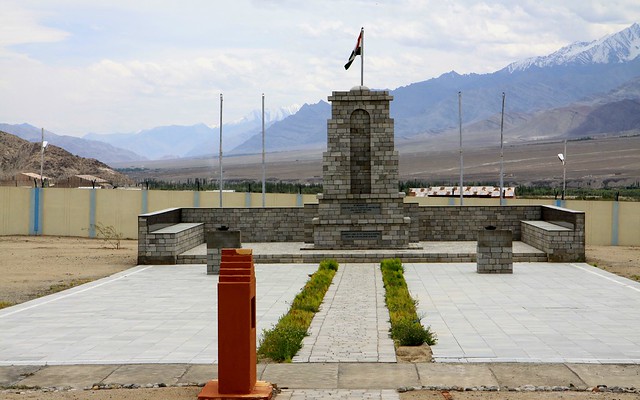 View from the hall 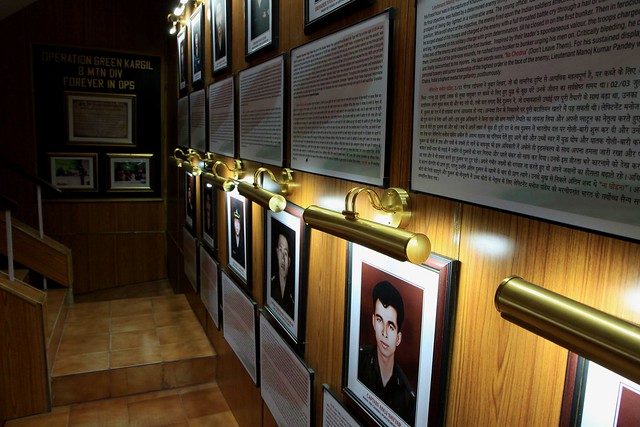 A wall dedicated to the brave

The top floor has a section housing enemy weapons seized by India during the Kargil War operations. 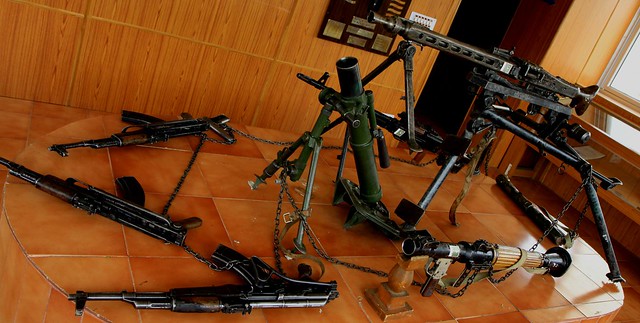 The last post is an exhibit dedicated to Captain Vijayant Thapar, 22, who died while evicting intruders from a ridge in Kargil on June 28, 1999. 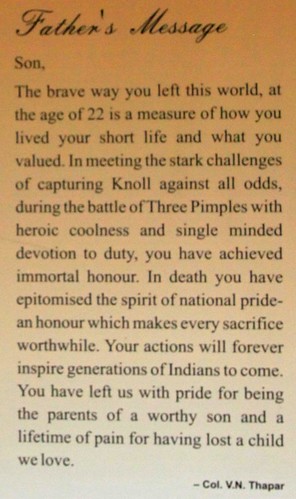 A father’s message to his son