Lamayuru Gompa is situated about 125 kms west of Leh, off the Srinagar-Leh highway.

According to local legends, the great Indian scholar Mahasiddhacharya Naropa caused the lake which filled the valley to dry up and founded Lamayuru Monastery. 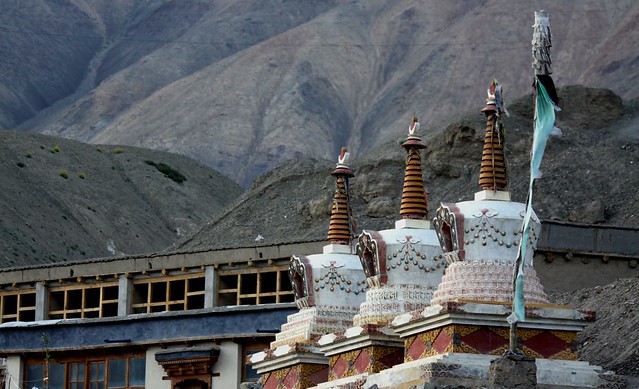 Chortens inside the complex

Lamayuru is a popular starting/ending point for the treks into/out of the Zanskar valley. 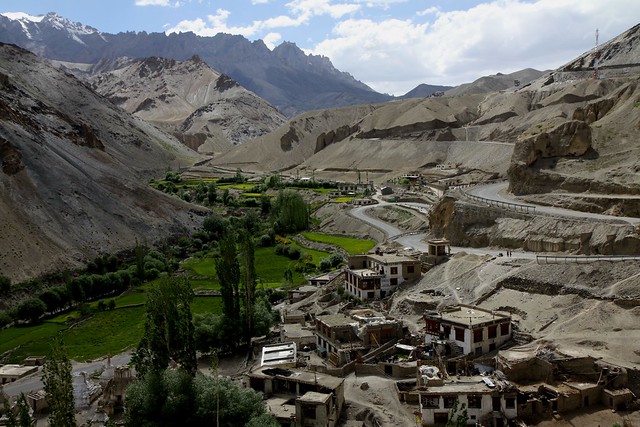 View of the village from the Gompa

The gompa houses about 40 lamas. 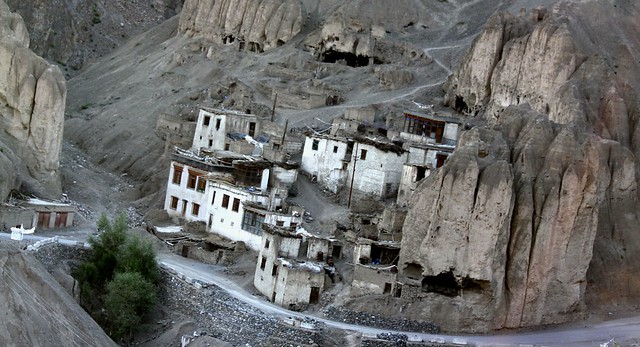 View of the village from the Gompa 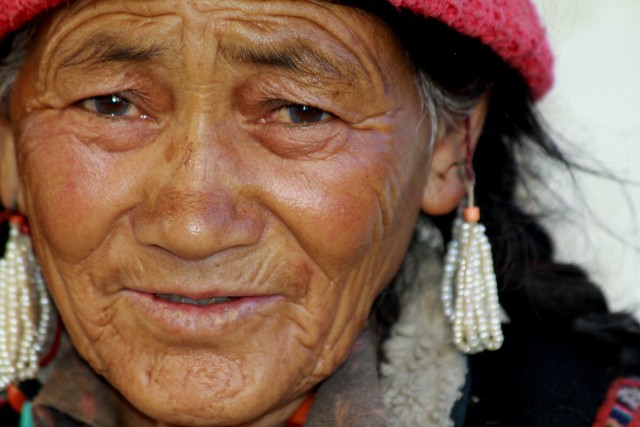 Ladakhi lady in the traditional attire 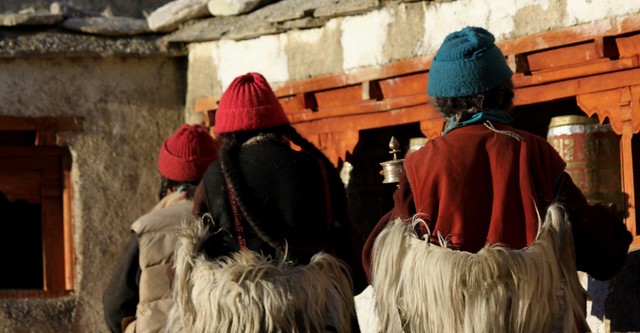 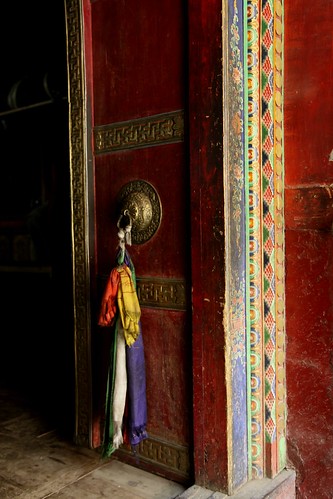 Door leading to the inner sanctum 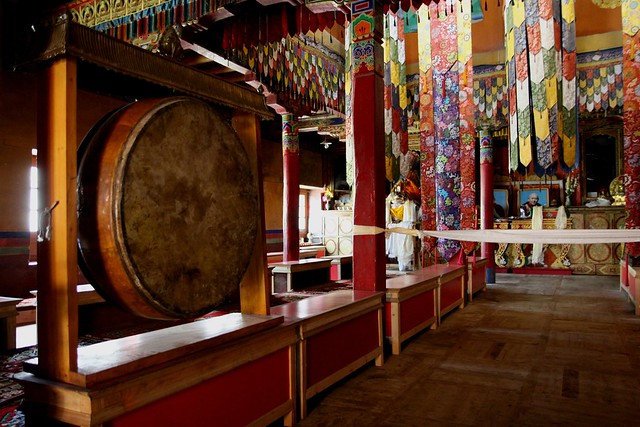 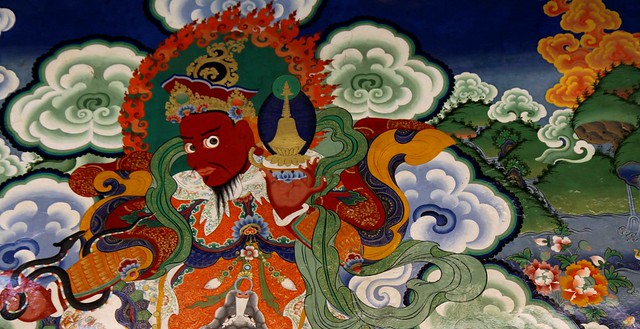 Twice a year, all the lamas gather for prayers, accompanied by three days of masked dancing.

Lamas practicing for the festival 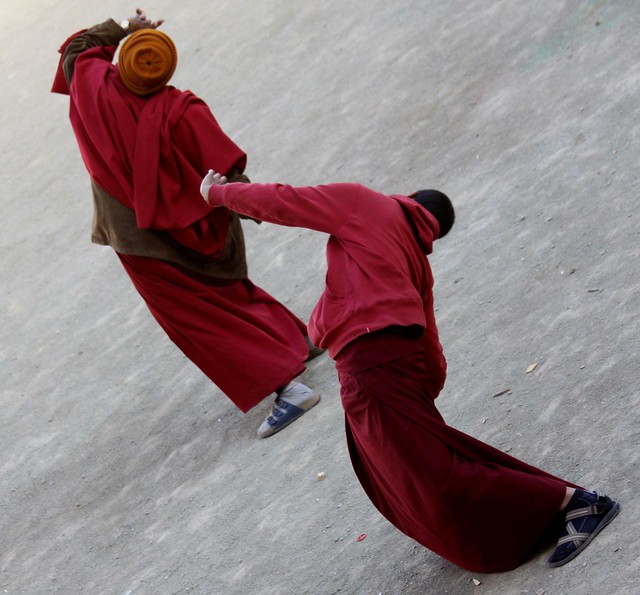 Lamas practicing for the festival