Pangong Tso is an endorheic lake situated at an altitude of 4350 m. The route from Leh to Pangong crosses over Chang La, one of the highest mountain passes in India. Tso means Lake in the local language. 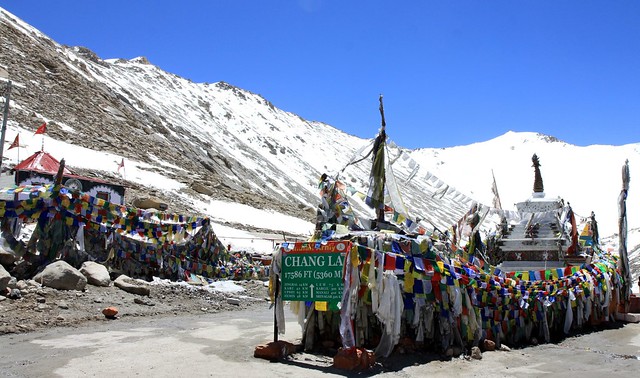 As a good will gesture, the Indian Army provides complimentary tea to all tourists at the check post. 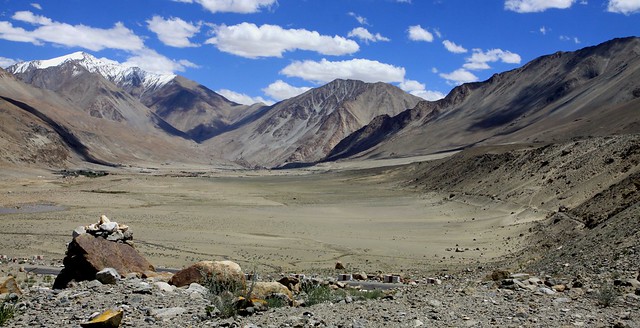 Bare landscape along the way

This region is home to large populations of Yaks. 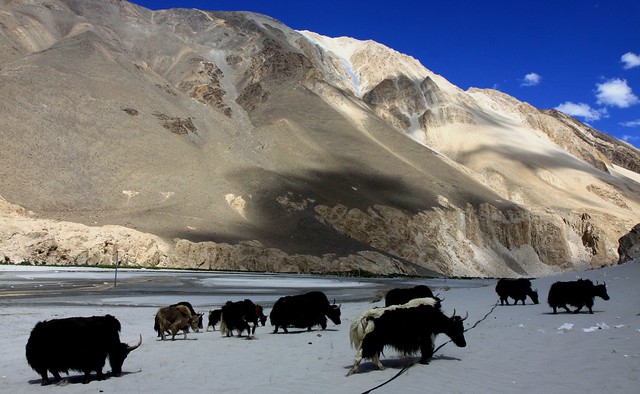 The long shaggy hair insulates them from the cold. Wild yaks can either be brown or black. However, domesticated ones can also be white. 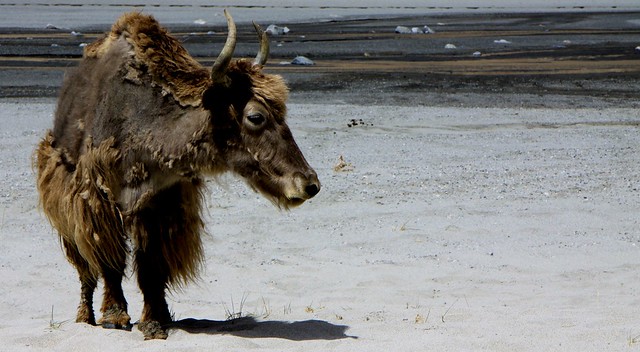 Pangong Lake is in a disputed territory. The Line of Actual Control passes through the lake.

First glimpse of the lake 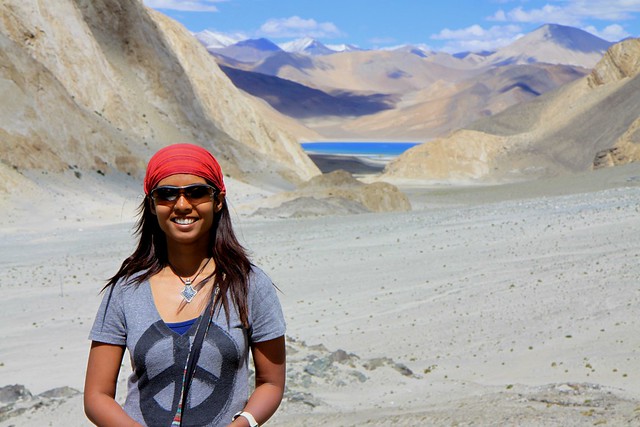 With the Tso in the background 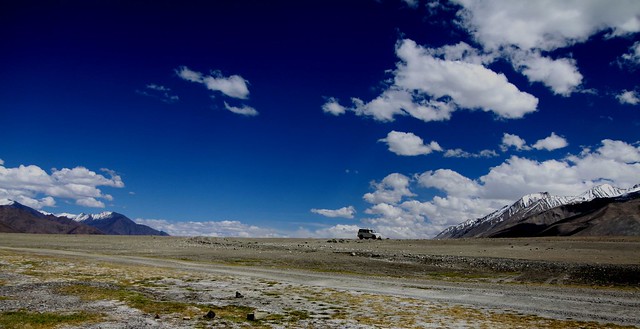 Anand Mahindra will be a proud man

The lake freezes in winter despite of it being a saline water lake. 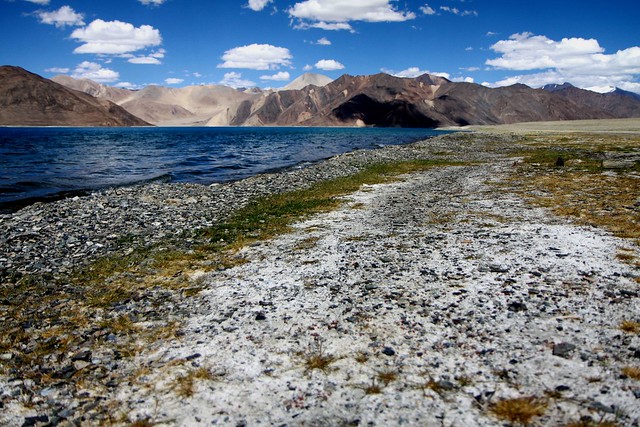 Salt deposits along the shore 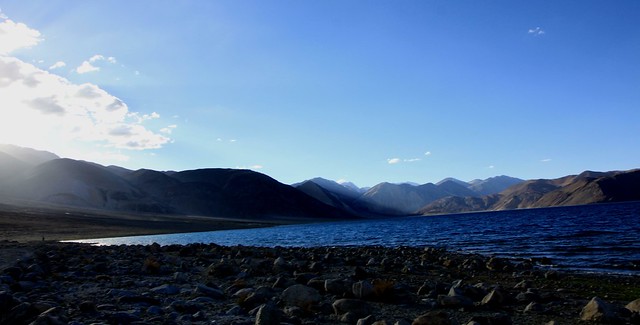 It is 5 km wide at its broadest point. 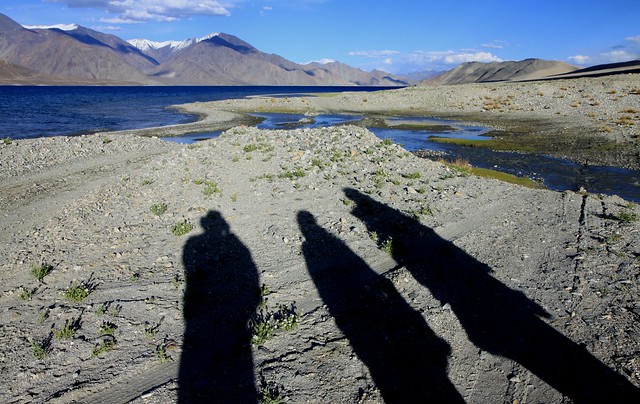 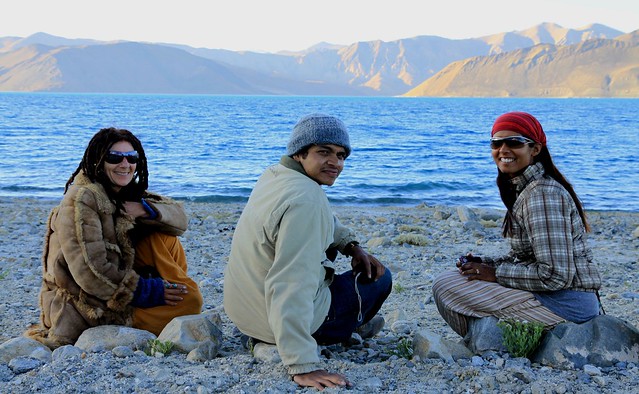 Jenny, Harish, and Savi – waiting for the sun to set 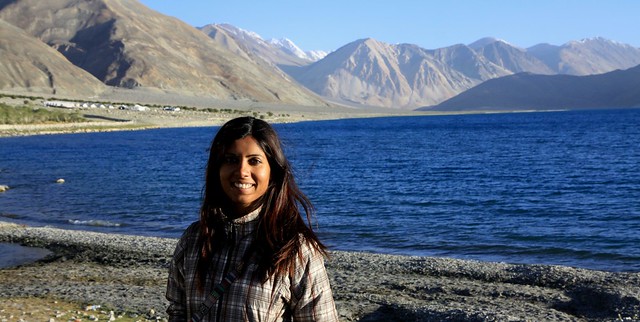 In front of the lake