Shey, located in the upper Indus Valley, is about 15 Kms east of Leh. The Gompa and Palace sit on top of a hillock off the Leh-Manali highway.

The monastery was built in 1655 by King Deldon Namgyal in memory of his father, Singay Namgyal. 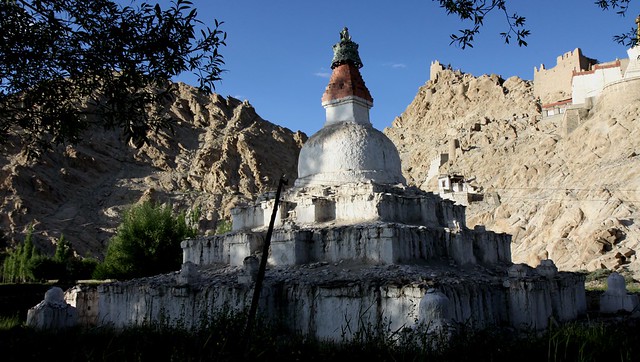 Chorten at the base of the hill 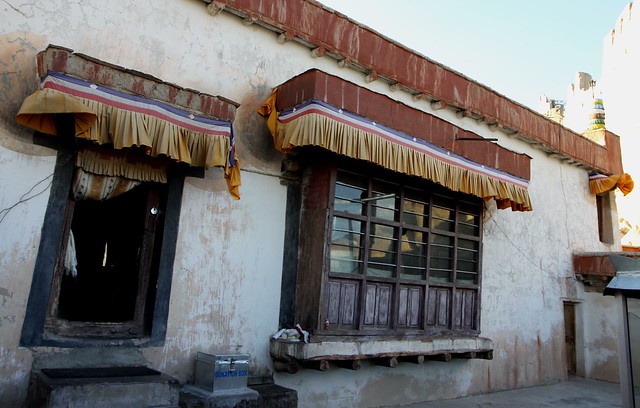 The main idol inside the Gompa is that of Buddha Shakyamuni (The Awakened One of the Shakya Clan). This is the second largest Buddha statue in Ladakh. 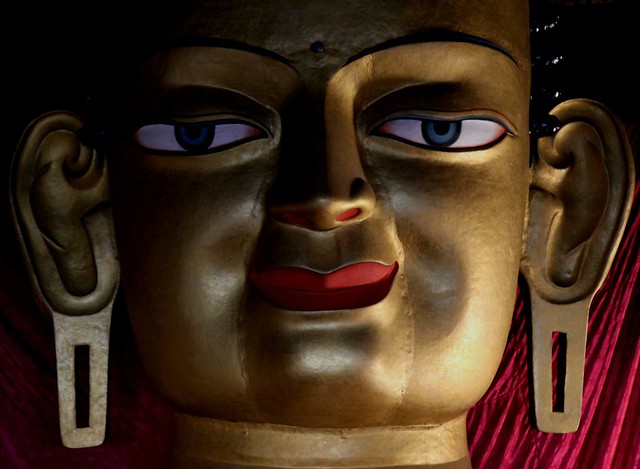 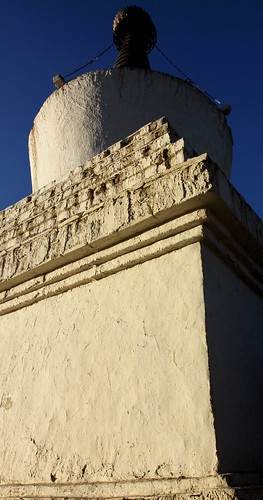 Chorten within the temple complex

The palace was built more than 500 years ago by King Lhachen Palgyigon. 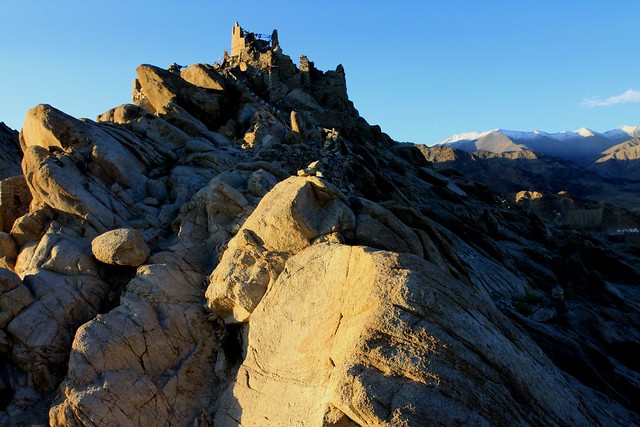 View of the Fort from the Gompa

Shey was the old capital of the upper Ladakh region. In 1842, when the Dogras of Jammu invaded Ladakh, the Namgyals abandoned the palace and fled to Stok on the other side of the Indus River. 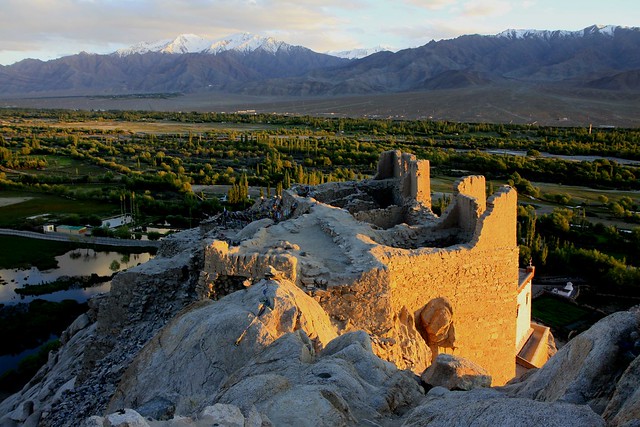 View of the valley

View of the valley

View of the sunset from the palace roof