The palace which resembles a ship was built between two lakes, Kapur Talao and Munj Talao, to make it look like floating ship.

You need to let your imagination run wild in Mandu ! 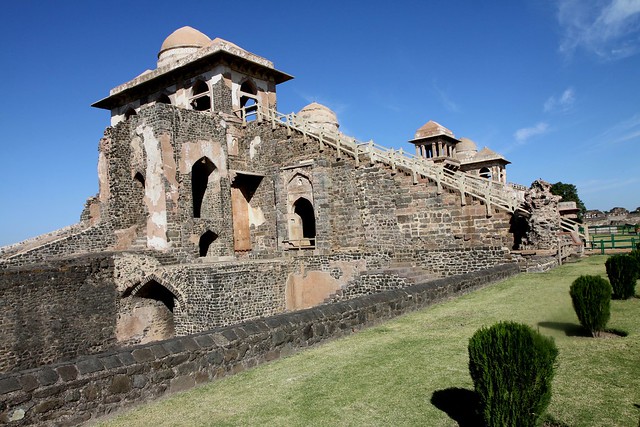 This served as a harem during Ghiyath-ud-Din’s reign. 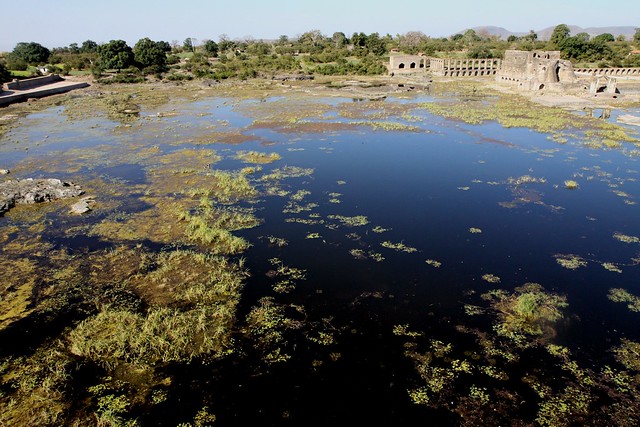 View of Munj Lake from the roof

Jehangir and Nur Jahan lived here for a while during the Mughal reign. 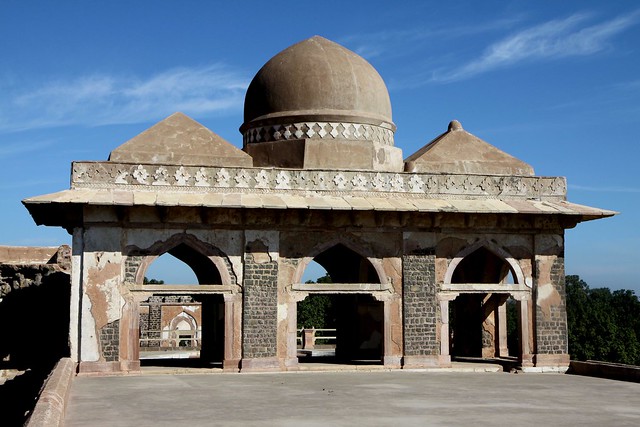 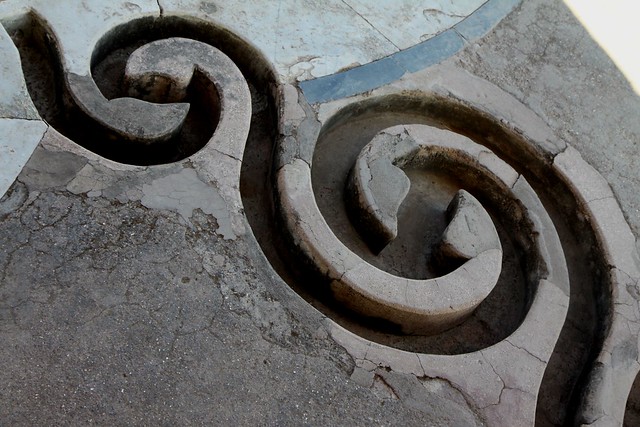 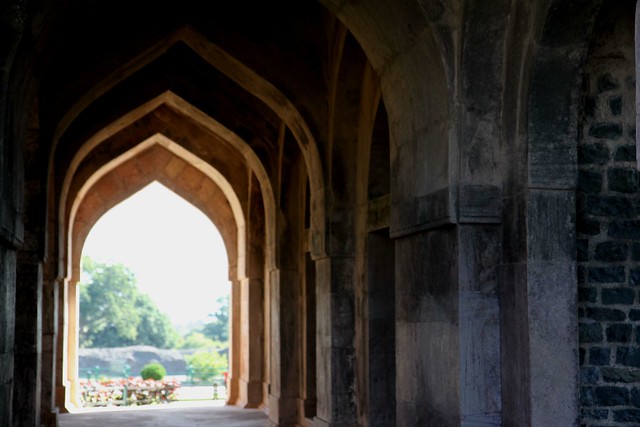 The inward sloping walls of this structure give the impression that the palace is swinging. Once again, let it run wild! 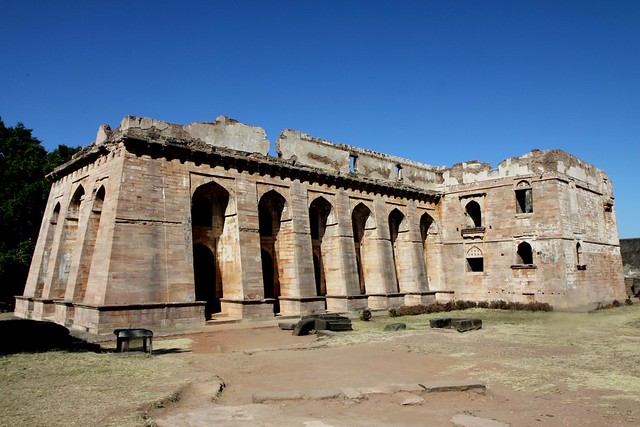 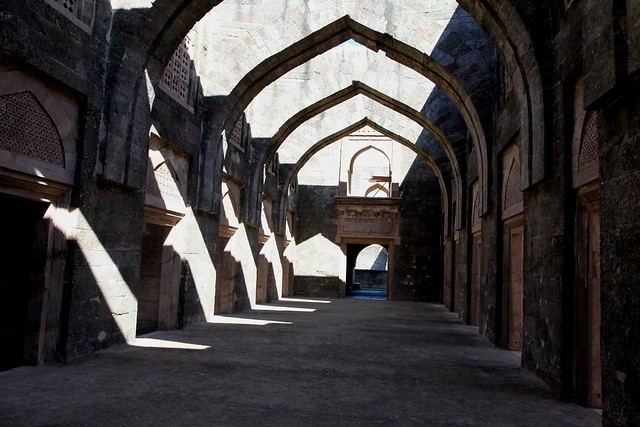 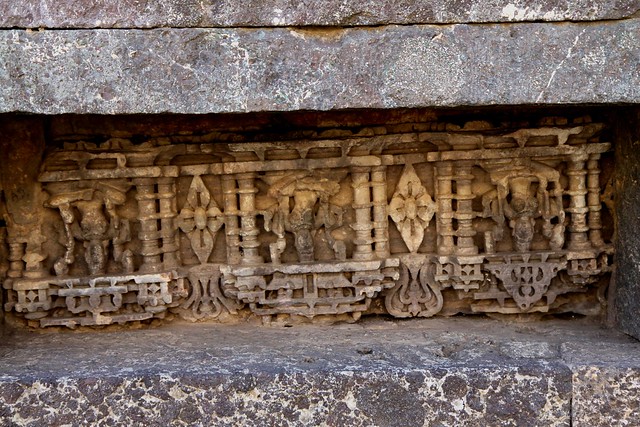 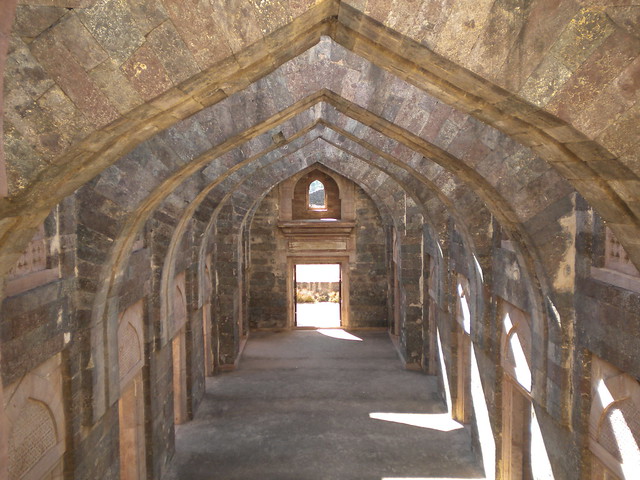 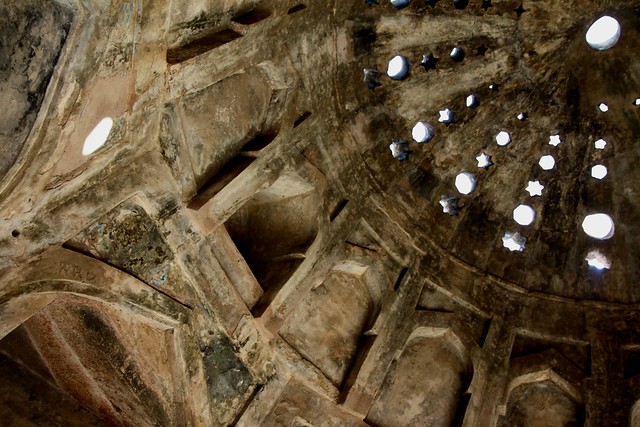 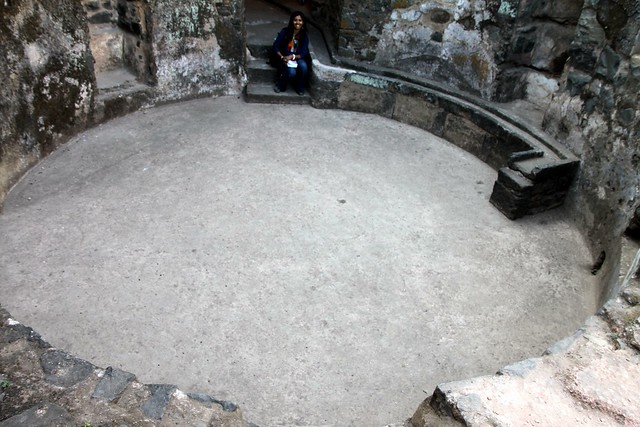 This well within the palace premises was named Champa Baudi because of the fragrance of its water. 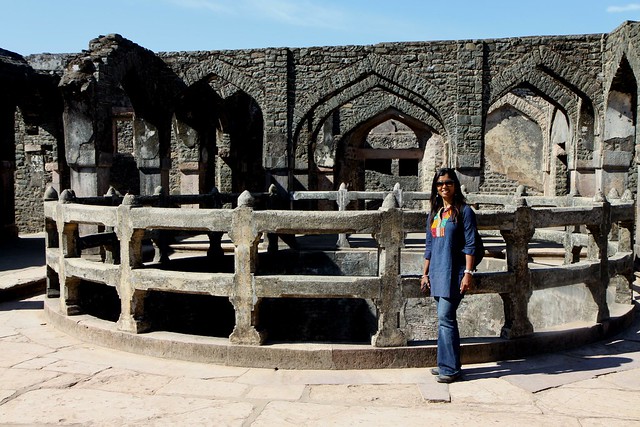 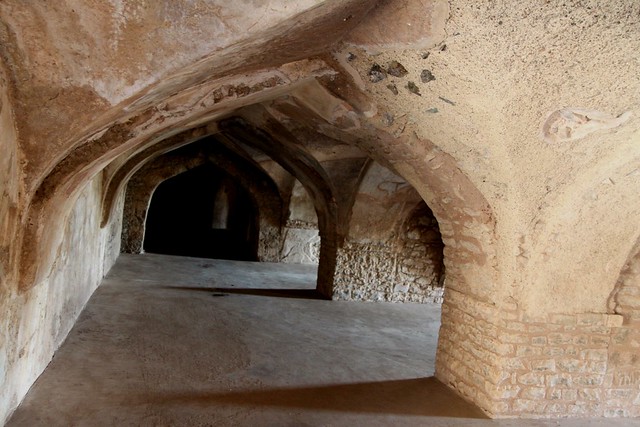 Vaulted ceilings of the adjoining Tahkhana

Built by Dilawar Khan in 1405, this is the oldest Islamic edifice in Mandu. 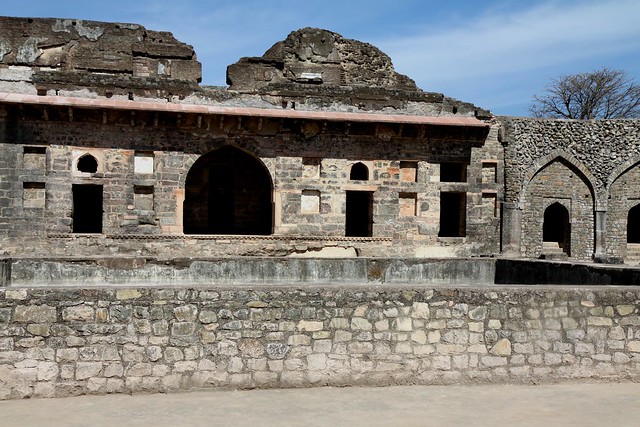 This mosque was exclusively used by the royal family. 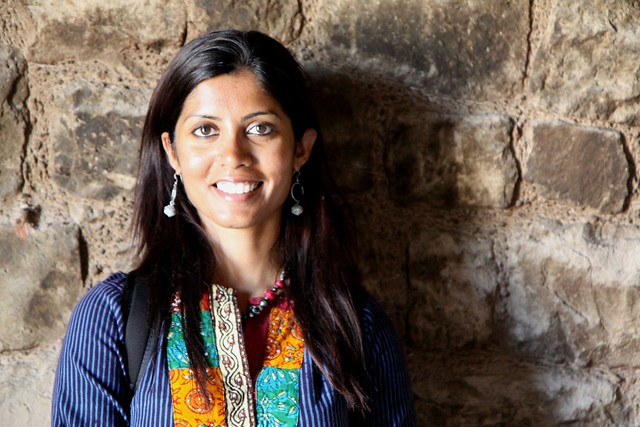 The plan consists of a central courtyard enclosed by a colonnade. 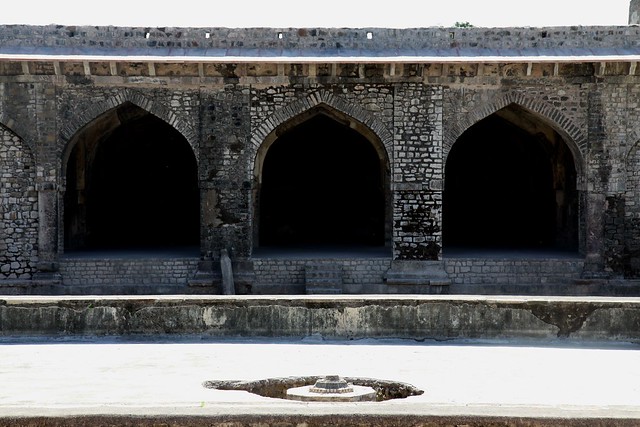 The architecture has a lot of Hindu influence. 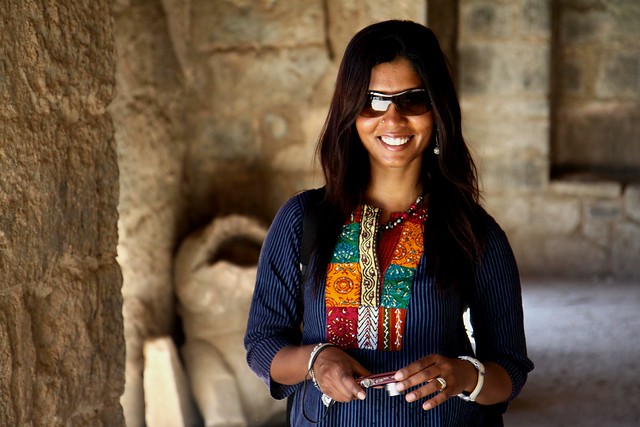 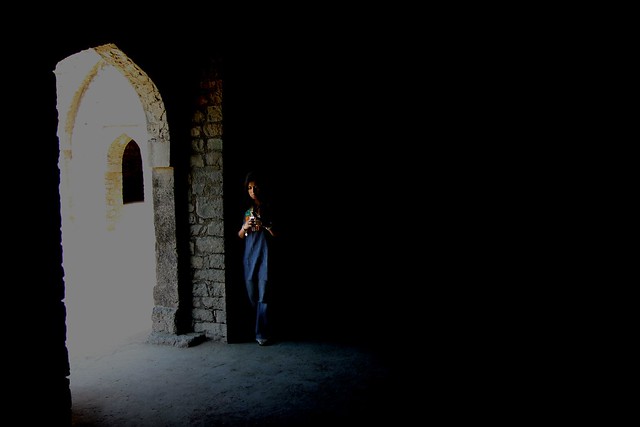