The monuments of Mandu have been classified into different groups based on location. Jama Masjid, Hoshang Shah’s Tomb and Ashrafi Mahal are collectively referred to as the Village Group of monuments.

The construction of the Jama Masjid, based on the Omayyad Mosque in Damascus, was started by Hoshang Shah and completed by Mahmud Khalji in 1454 AD. 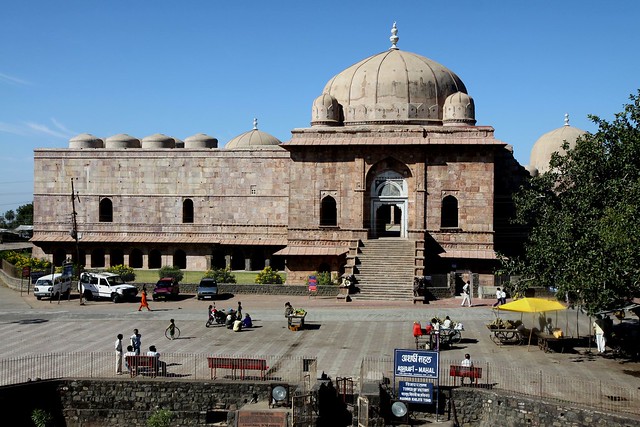 This is one of the finest Afghan buildings in India. 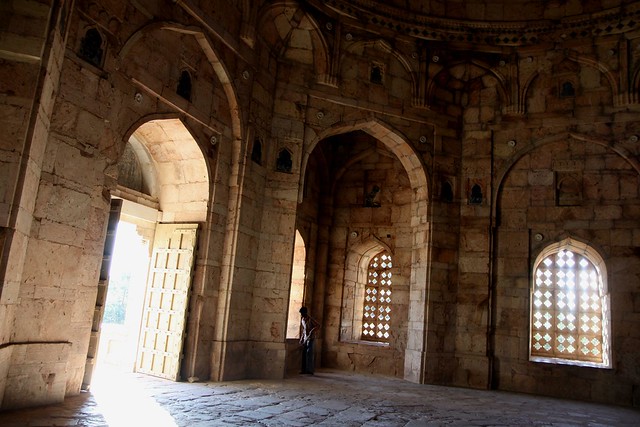 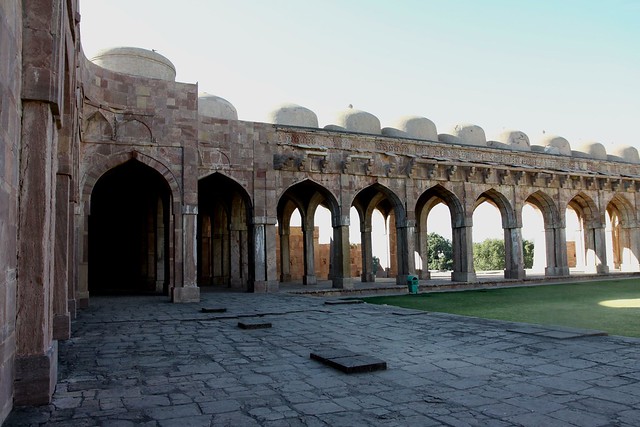 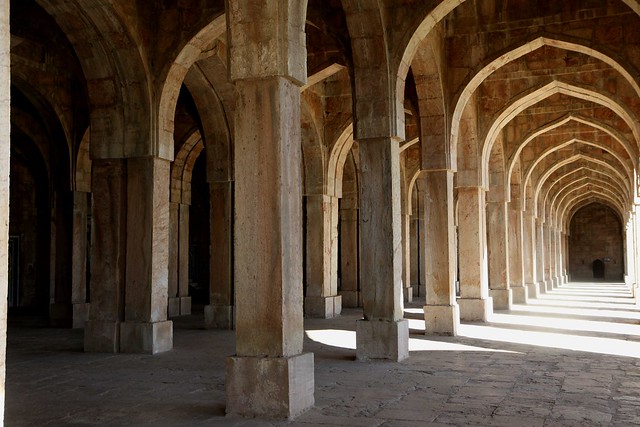 The western colonnade which serves as the prayer hall has numerous rows of arches and pillars. 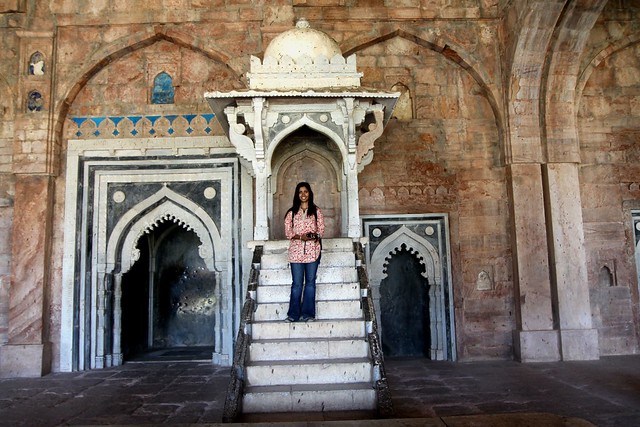 Raised pulpit next to the central niche 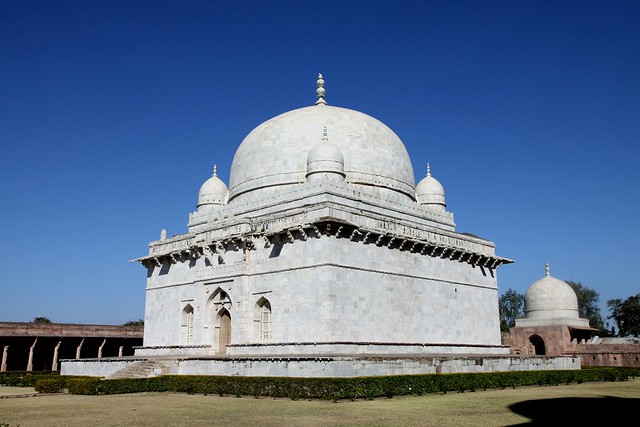 Four of Shah Jahan’s architects had visited here in 1659. 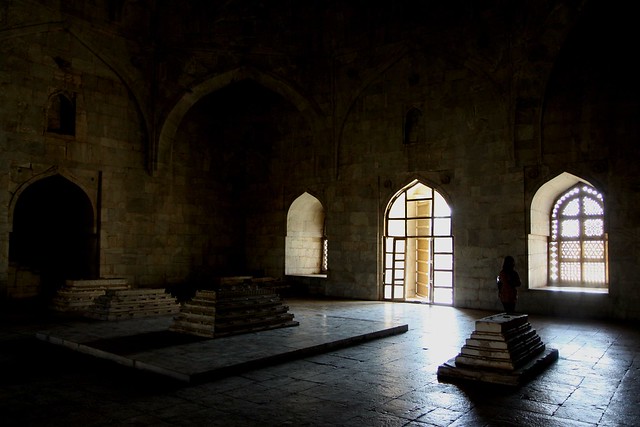 The colonnade with three rows of pillars running to the west of the tomb, has a lot of Hindu influence in its architecture. 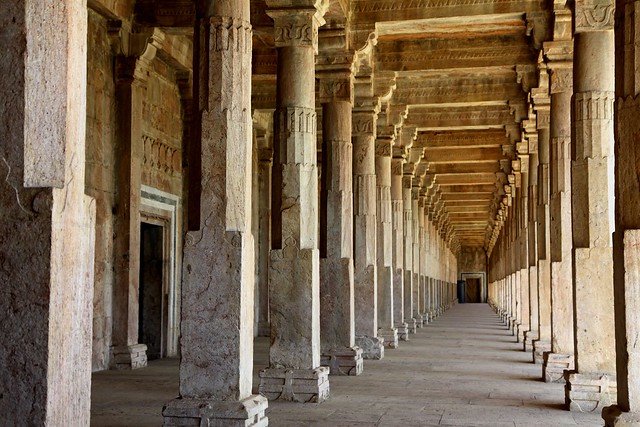 This was built by Sultan Mahmud in 1443 to mark his battle with the Maharaja of Mewar. 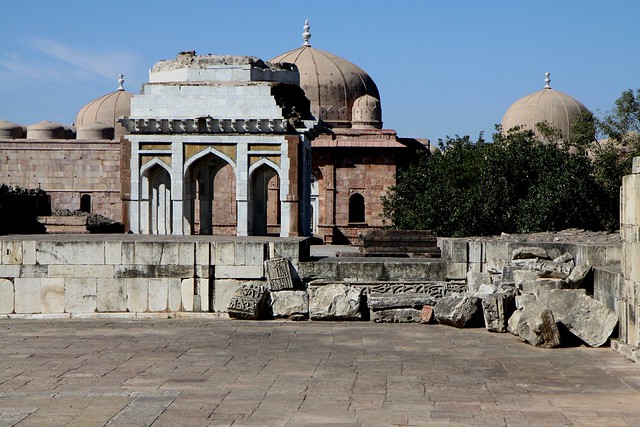 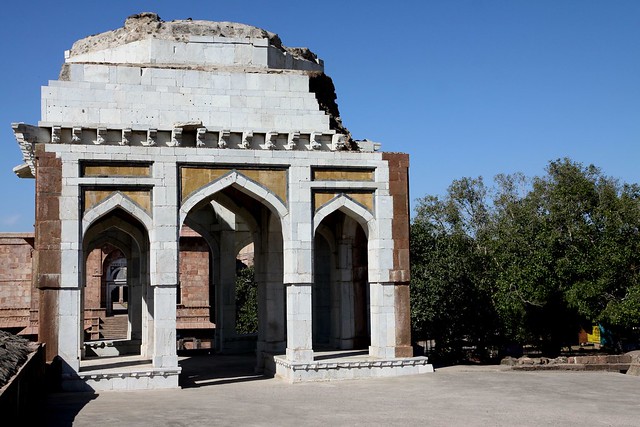