Taj ul Masjid, one of the largest mosques in Asia, has a pink facade topped by two 18 storey high octagonal minarets with marble domes. 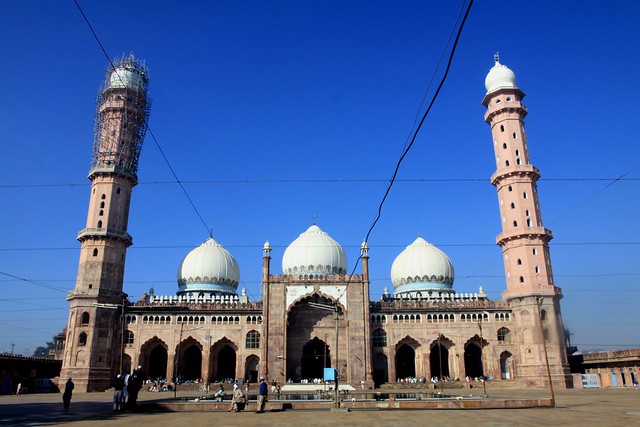 The construction of the mosque was started by Sultan Shah Jahan, Begum of Bhopal and completed in 1971 by Allama Mohammad Imran Khan Nadwi Azhari Of Bhopal and Maulana Luqman Elyas Nadwi.

It is used as a madrasah (Islamic school) during the day. The kids were busy cramming ‘Machli nadhi mai tair thi hai, Chidya aasman mai udthi hai’ … [Translation : Fish swims in the sea, Birds fly in the sky … ] 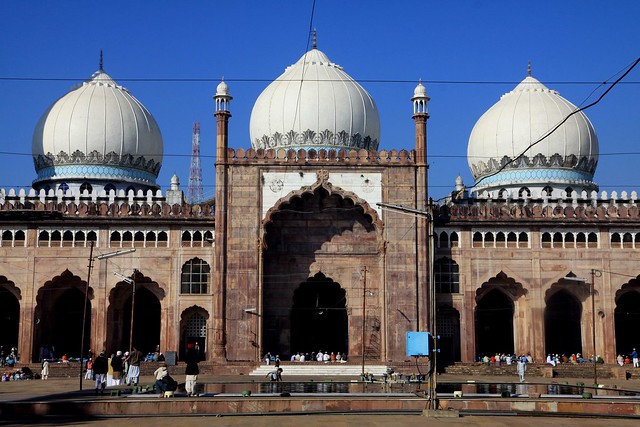 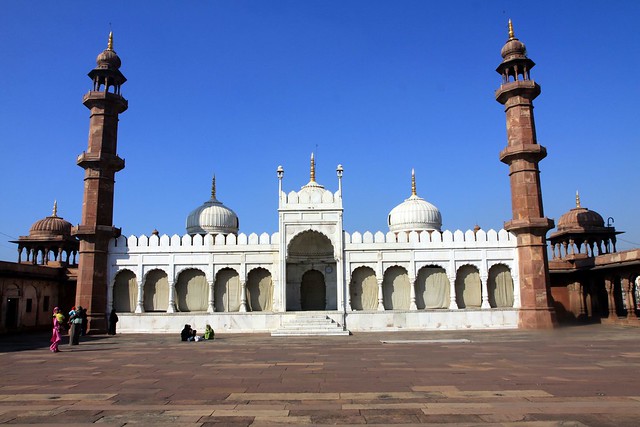 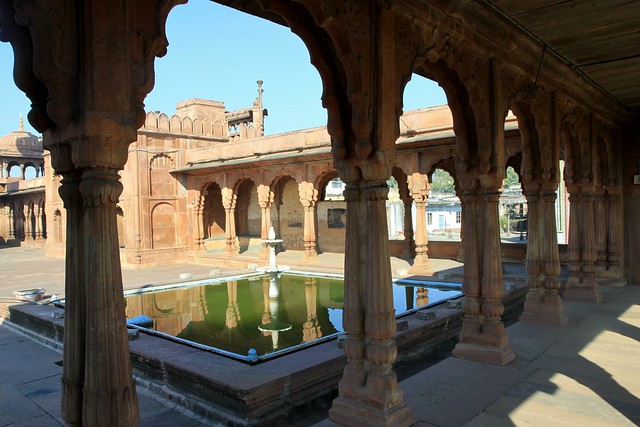 View of the Main Gate from the pavilion