Ellora caves, a World Heritage Site, were built by the Rashtrakuta rulers between the 5th and 10th century. These ‘caves’, excavated out of the vertical face of the Charanandri hills, represent the epitome of Indian rock-cut architecture.

Kailash Temple, the world’s largest monolithic structure, was built in the 18th century by Rashtrakuta king Krishna I. 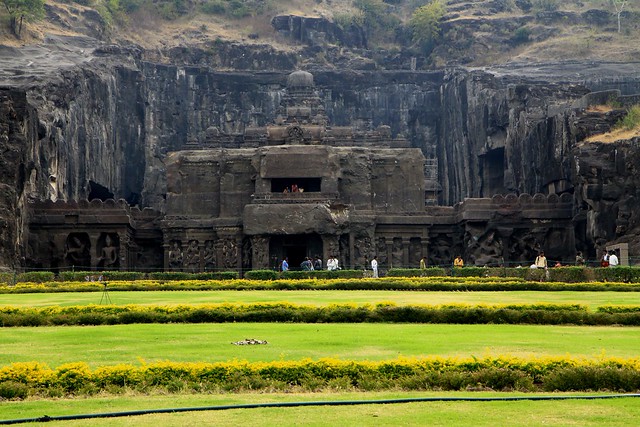 The carvers started at the top of the rock and worked their way downwards, scooping out about 200,000 tons of rock. 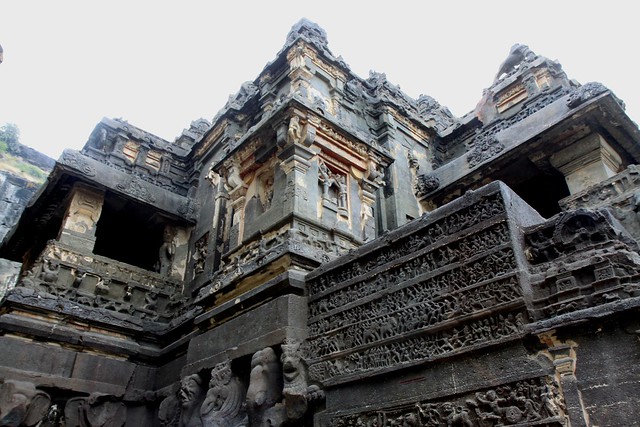 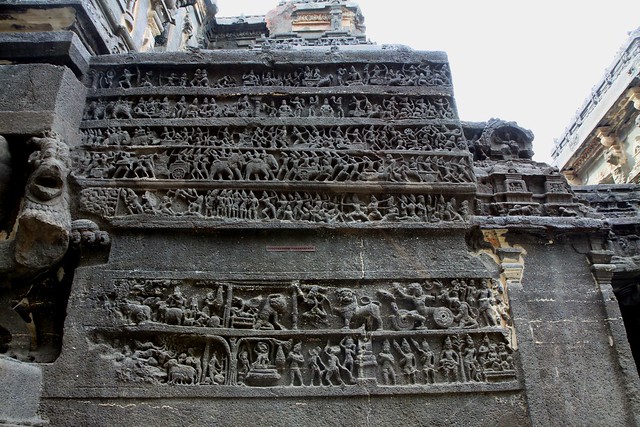 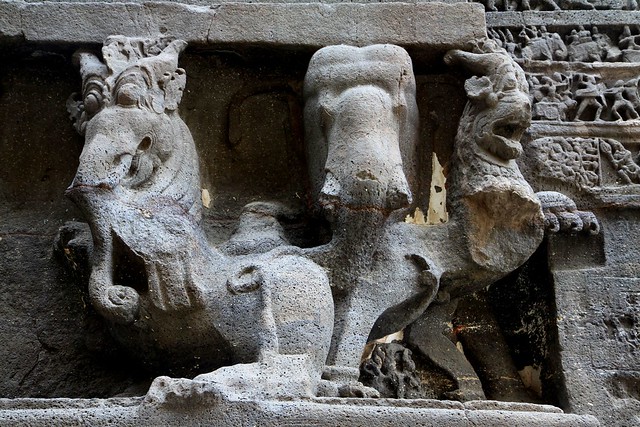 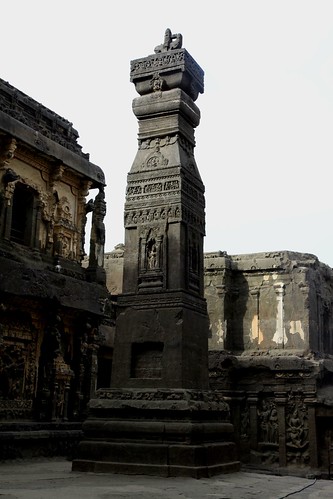 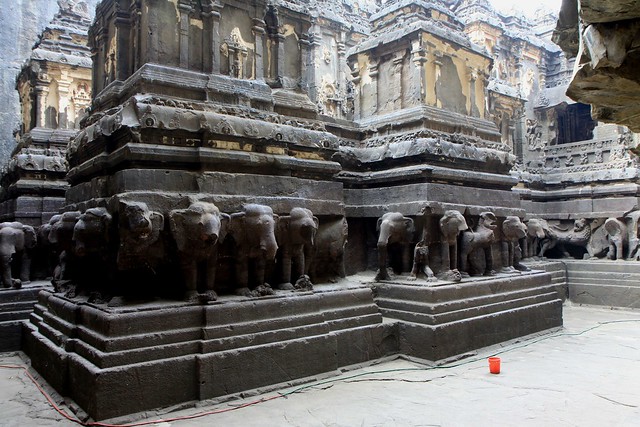 Elephants supporting the temple on their backs 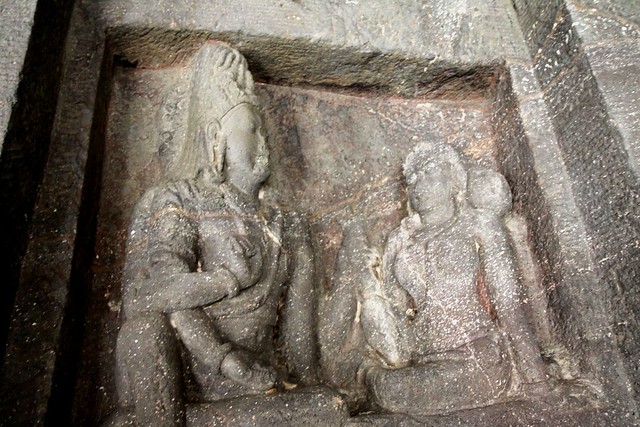 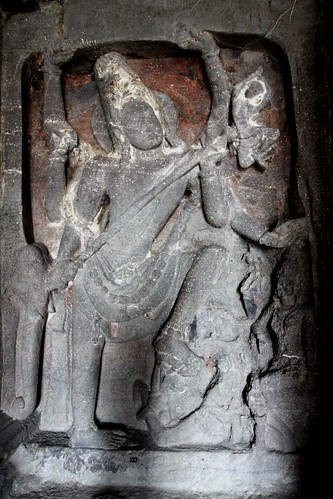 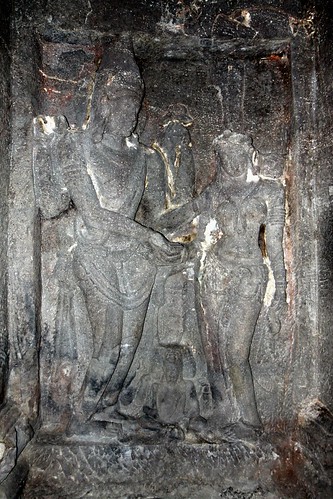 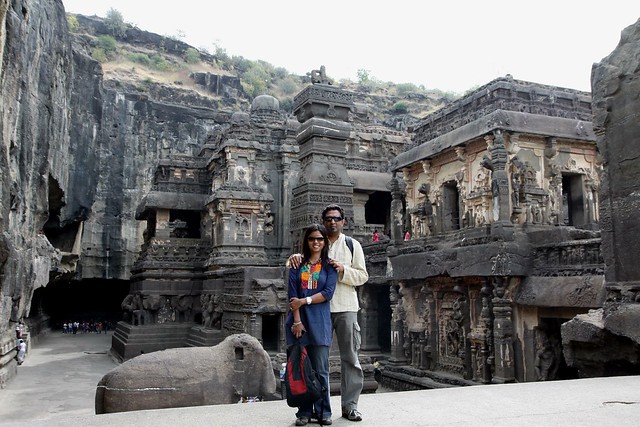 View from the upper floor

Cave #10, AKA Carpenter’s cave, is the only Chaitya (Buddist Shrine) in Ellora. 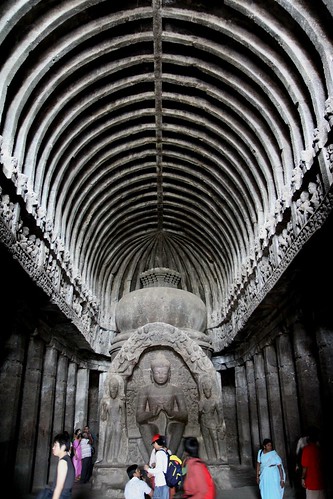 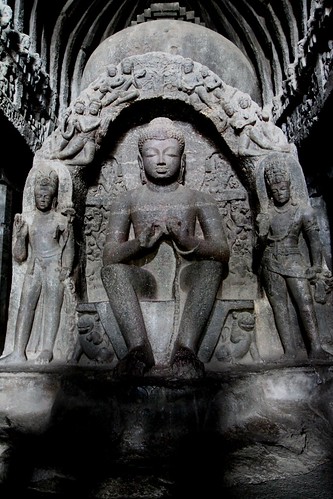 Also known as Teen Thal, Cave # 12 is one of the largest caves in the Buddist group. 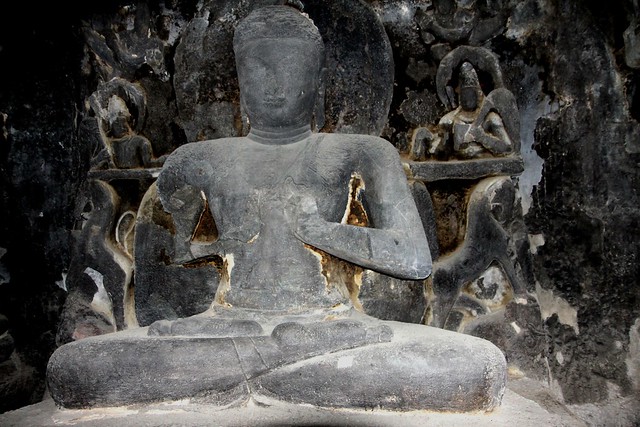 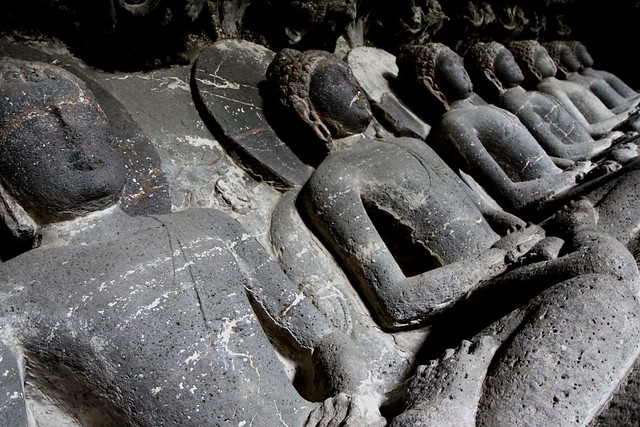 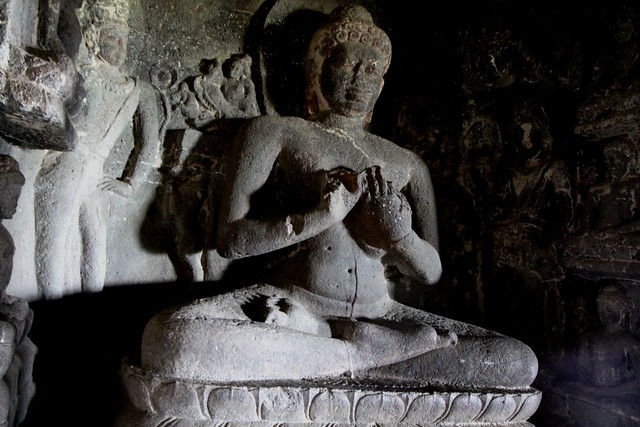 Cave # 32 is a two storeyed cave with a monolithic shrine. 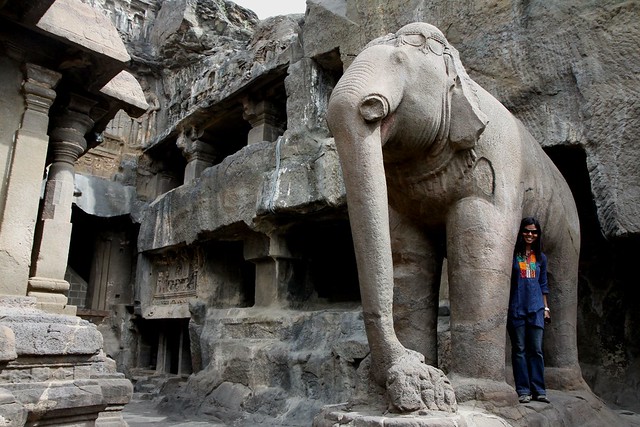 It is also known as Indra Sabha (Assembly Hall of Indra, the king of gods). 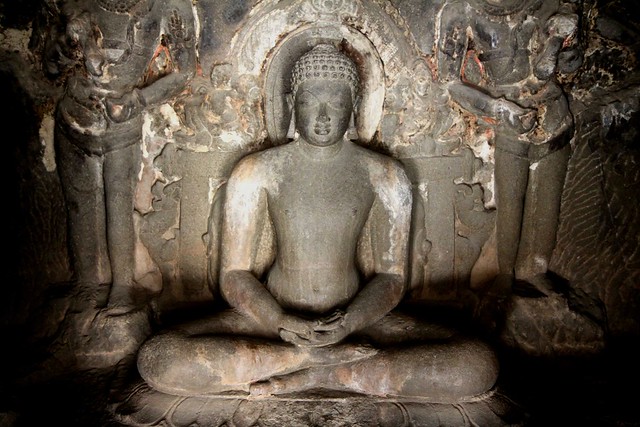 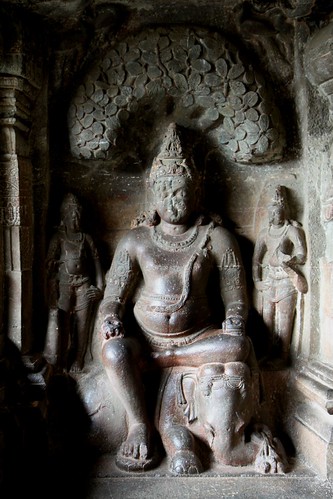 Yaksha Matanga on an elephant 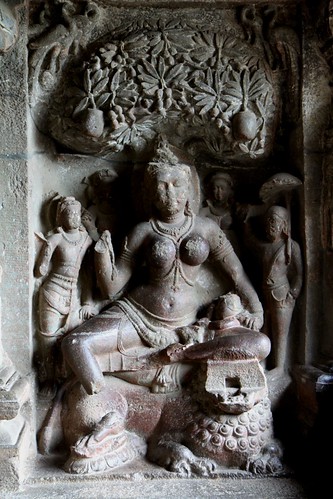 Yakshi Neminatha seated on her lion under a mango tree 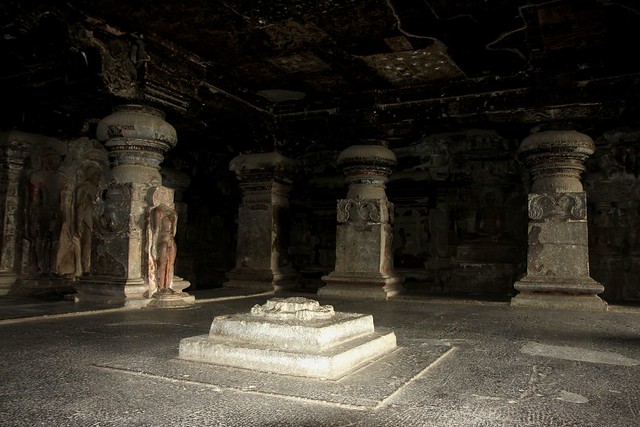 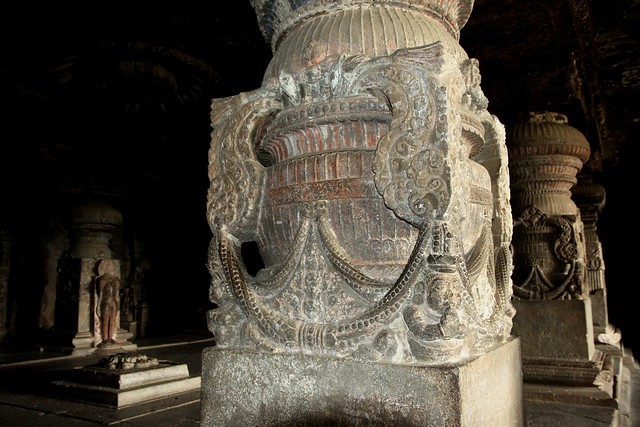 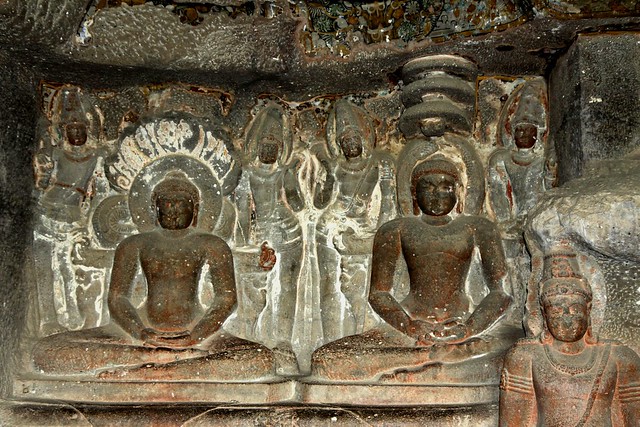 Cave #33 has well preserved sculptures, five independent shrines, each with its own columned Mandapa. It is also known as Jagannatha Sabha. 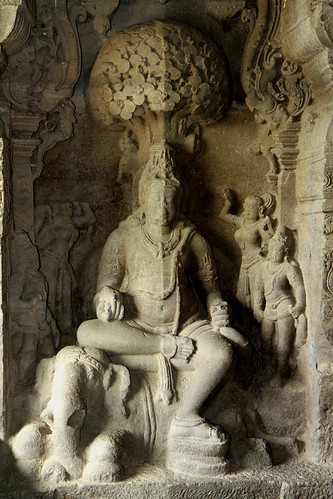 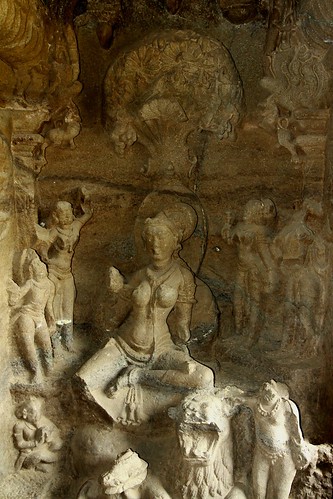