Chittorgarh Fort lies on the Berach River, a tributary of the Banas, and a former capital of the Sisodia clan of Chattari Rajputs of Mewar. Chittorgarh fort is the largest fort in India.

Maharana Udai Singh, the founder of Udaipur, was born in the Rana Kumbha Palace. 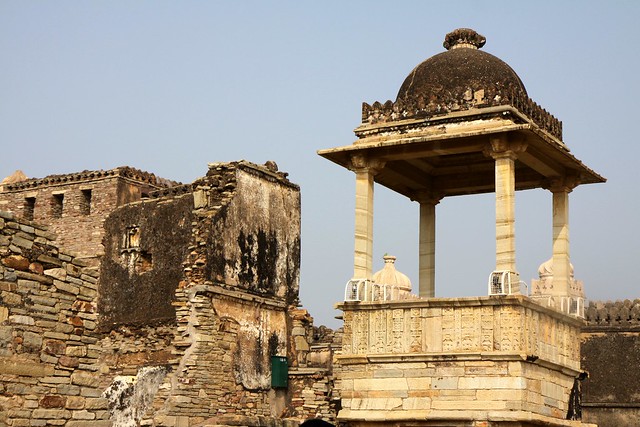 His life was saved by the heroic act of the maid Panna Dhay, who replaced her son in place of the prince & consequently her son was killed by Banbir. She carried the prince away to safety in a fruit basket. 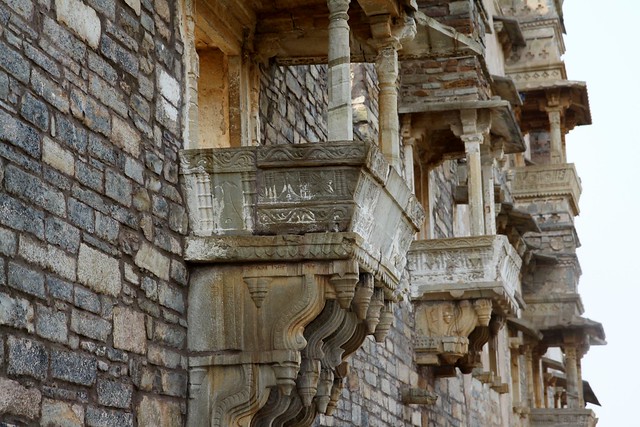 Meerabai also lived in this palace. 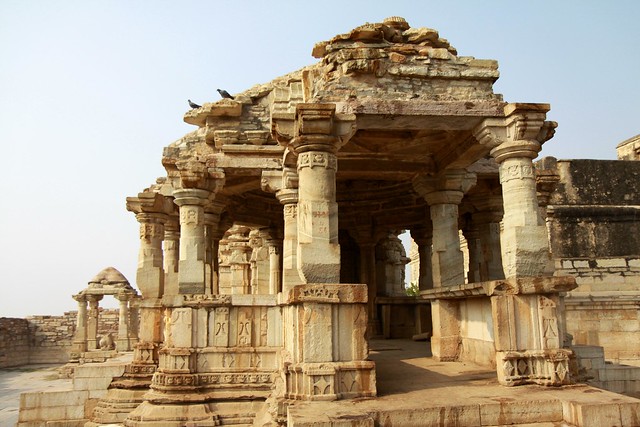 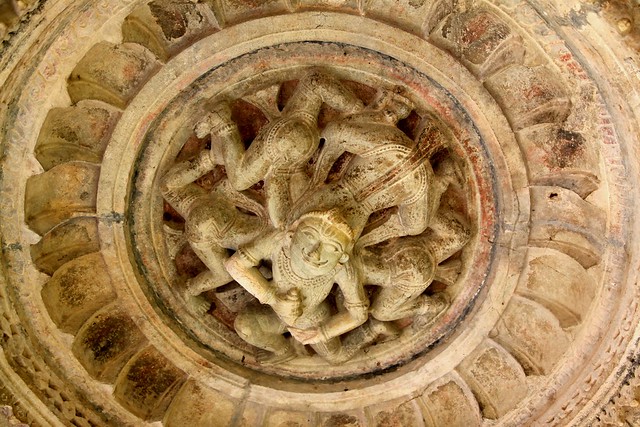 Ceiling depicting the 5 elements (Podium next to the temple) 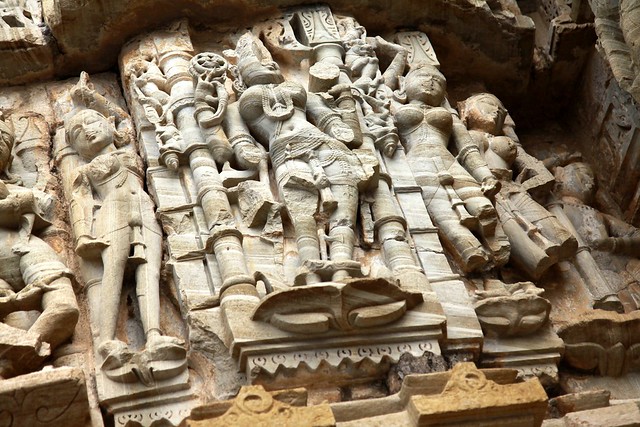 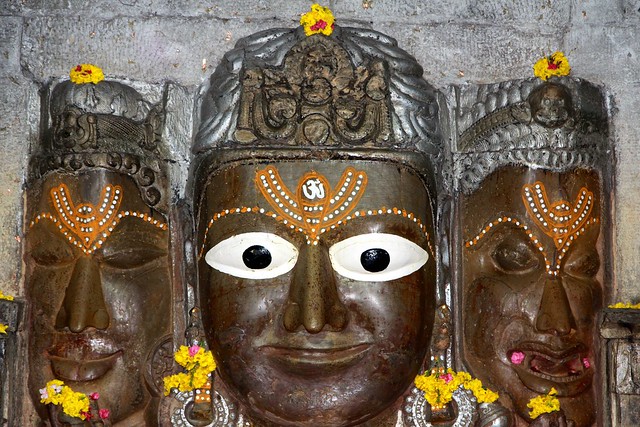 Gaumukh Kund, the mouth of a Cow, is located on the western side of the Chittorgarh Fort. 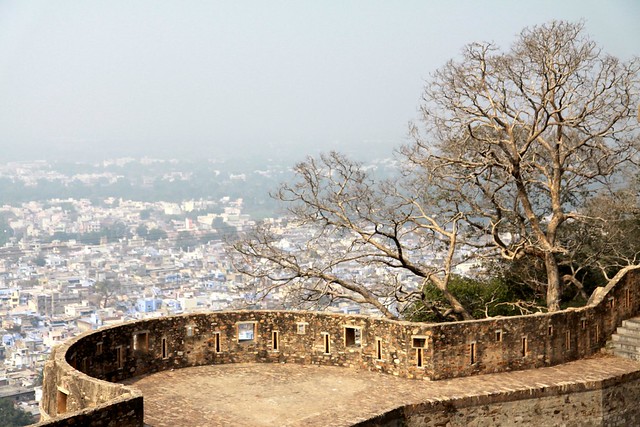 Fiercely independent, the fort of Chittor was under siege thrice and each time they fought bravely. Jauhar was committed by Rani Padmini, and later by Rani Karnavati. 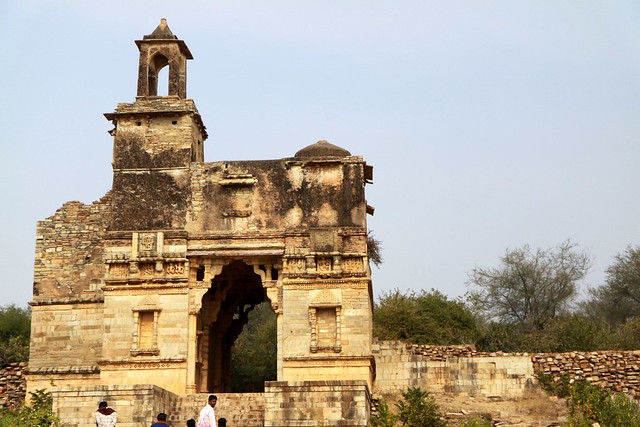 Vijay Stambha, is a huge nine storey tower which was built by Maharana Kumbha to commemorate his victory over the Muslim rulers of Malwa and Gujarat in 1440. 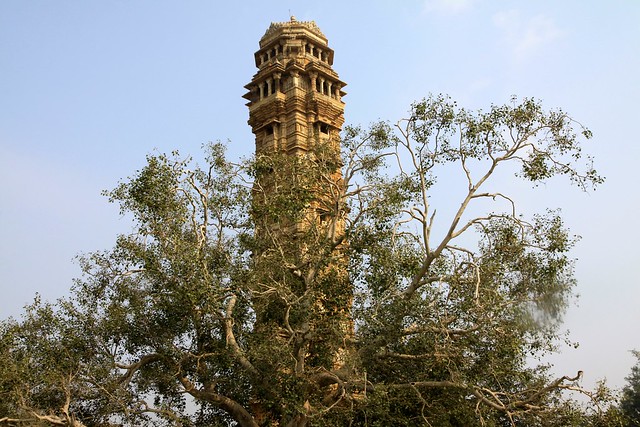 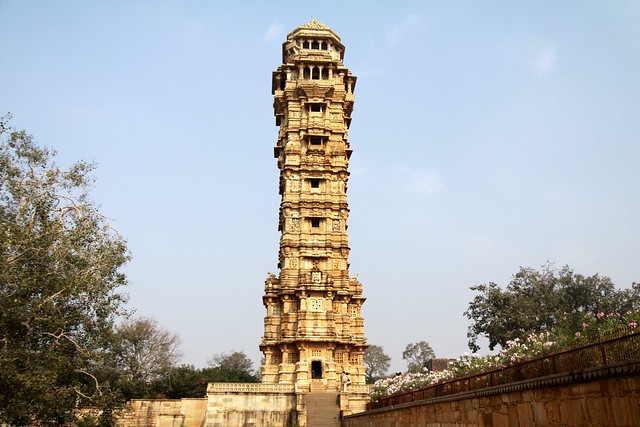 The inside walls of the tower are carved with images of Gods, weapons, etc. 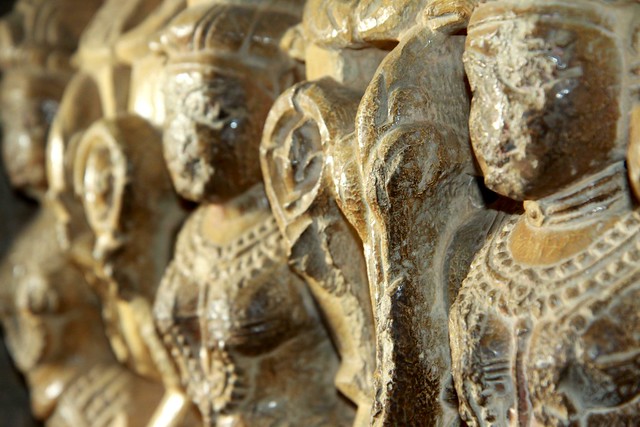 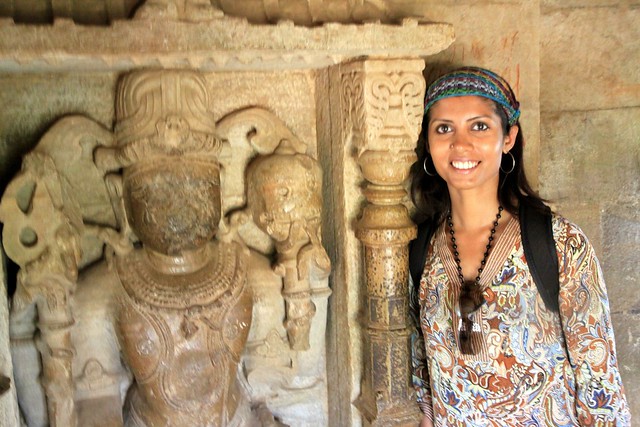 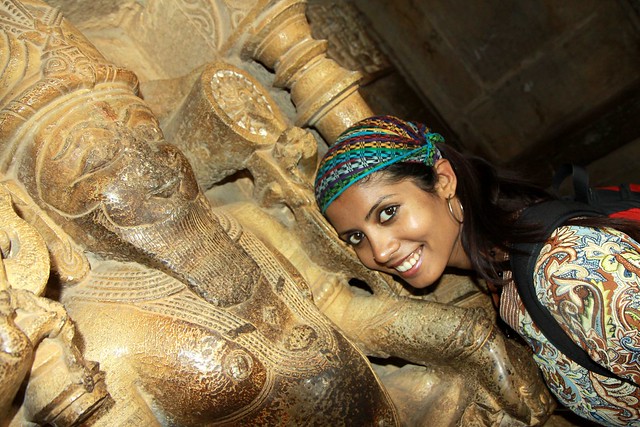 There are 157 steps leading to the Tower top. 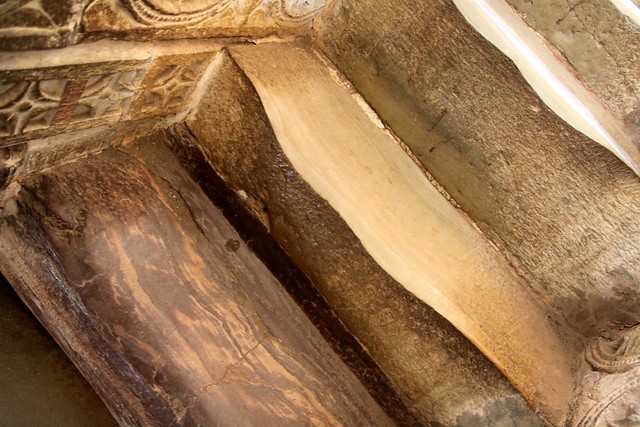 There are sculptures and carvings on the exterior walls of the tower. 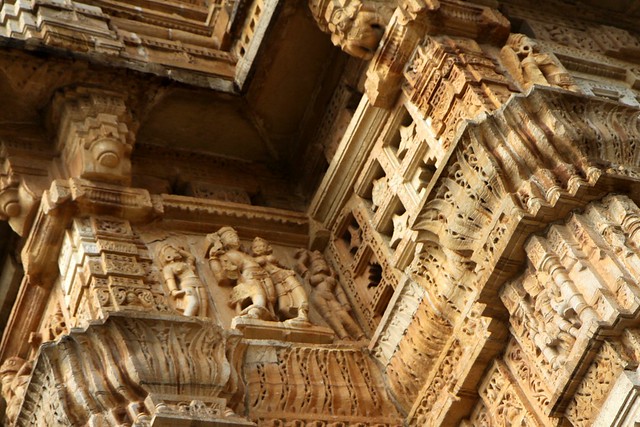 Chittorgarh Fort is the epitome of Rajput pride, romance and spirit for people of Chittor always chose death before surrendering against anyone.

The first attack was by Alauddin Khilji in 1303 AD, who was enamored by the beauty of Padmini of which he had only heard. Rani Padmini preferred death to abduction and dishonor, committed jauhar (an act of self immolation by leaping into a large fire) along with all the other ladies of the fort. All the men left the fort in saffron robes to fight the enemy unto death. 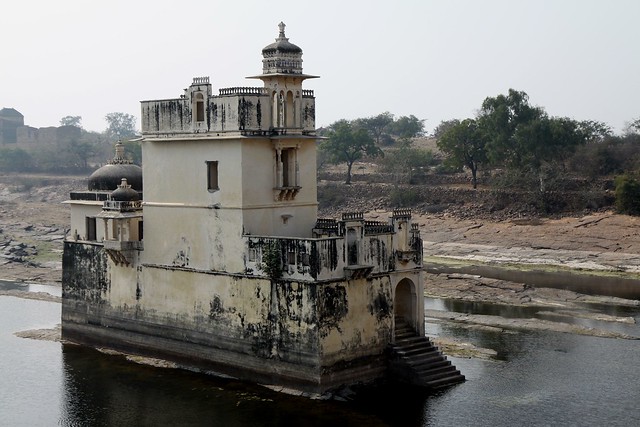 Rani Padmini’s Palace – Alauddin was allowed to watch the Rani’s reflection from here. 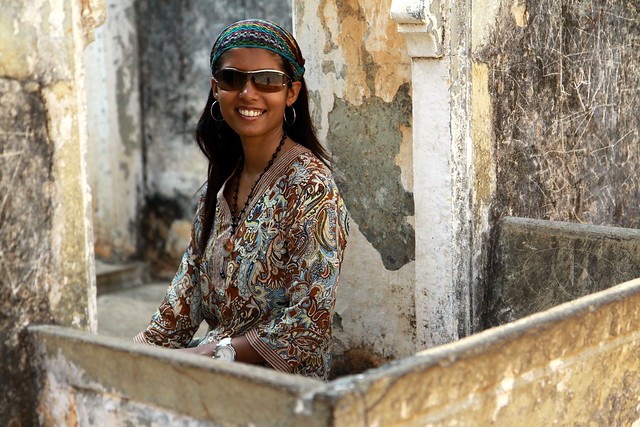 The fort is surrounded by a circular wall, which has seven huge gates or poles before one can enter inside the main fort area. 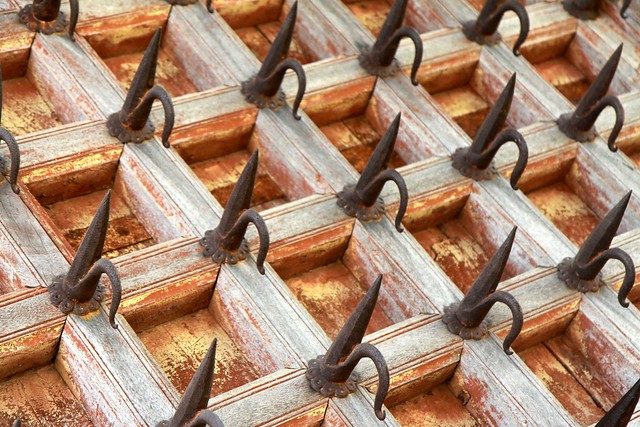 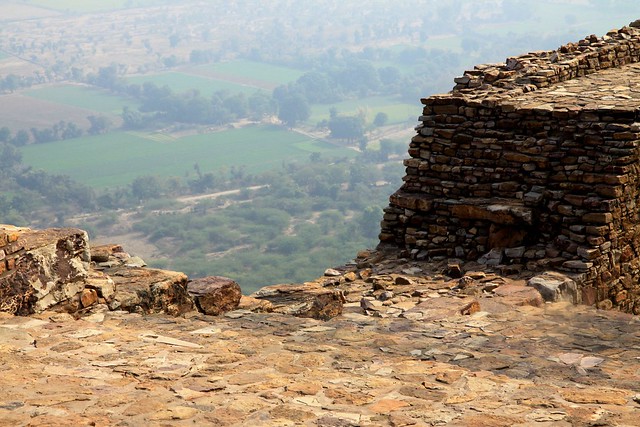 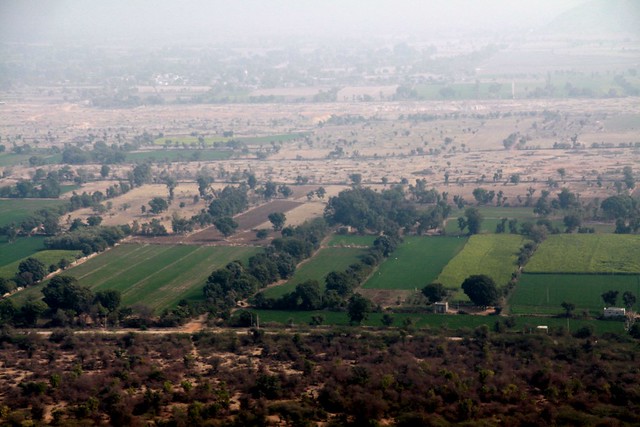 Kirti Stambh is dedicated to Adinatha, the first of the Jain Tirthankar. It was built by a merchant and is decorated with figures from the Jain pantheon. 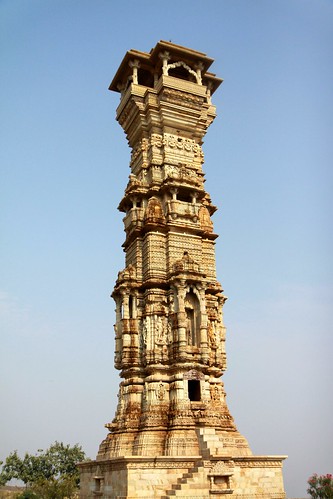 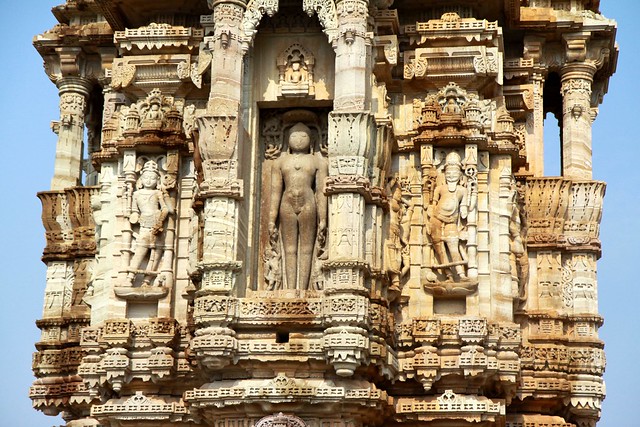