Jag Mandir lies towards the south of Lake Pichola. The boat ride leaves from the City Palace jetty. 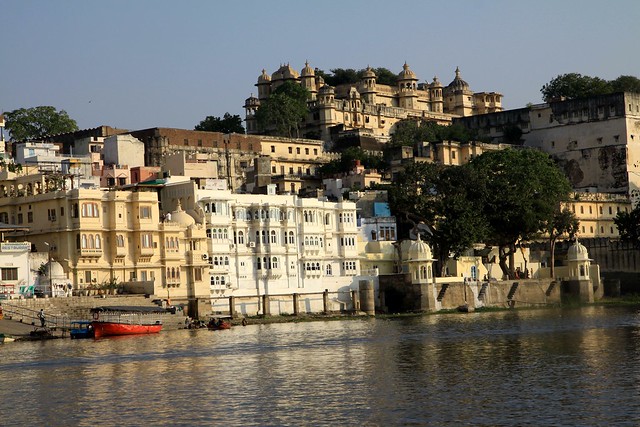 View of the ghats from the boat 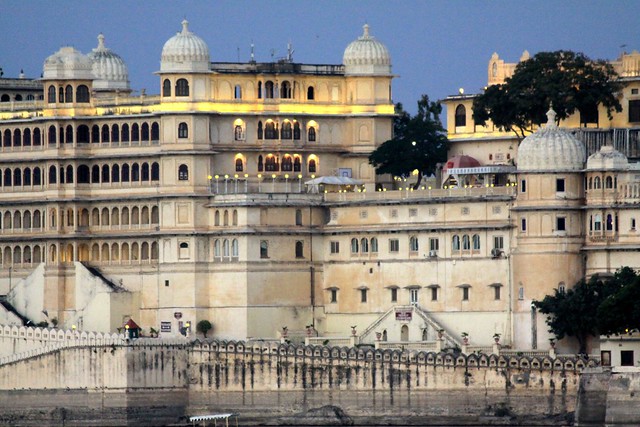 View of the City Palace from the boat 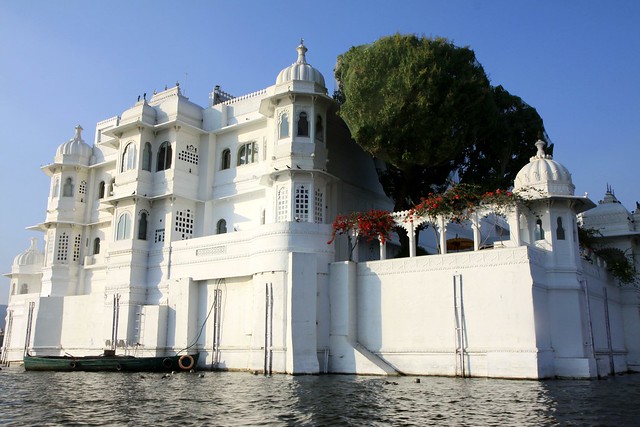 View of the Lake Palace from the boat 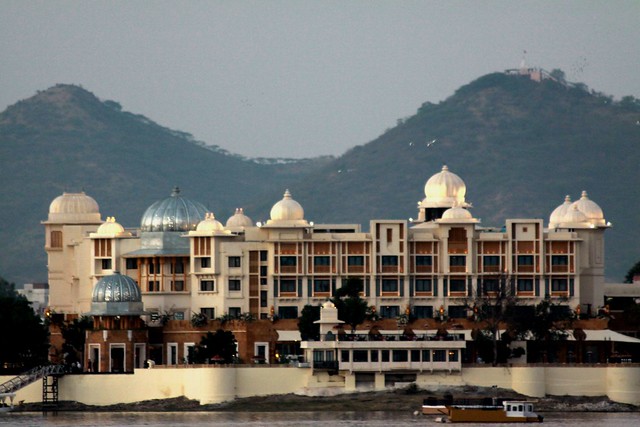 View of Leela Palace from the boat 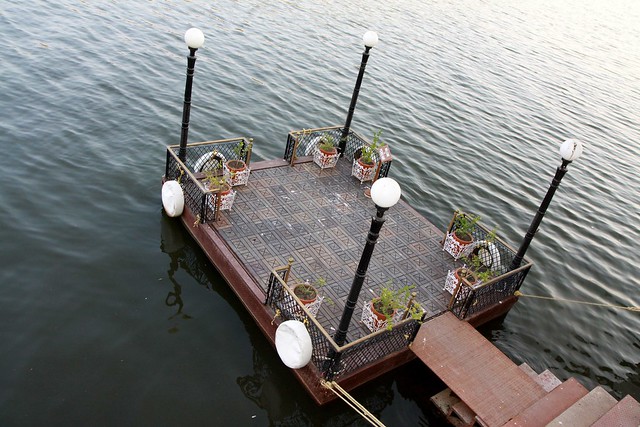 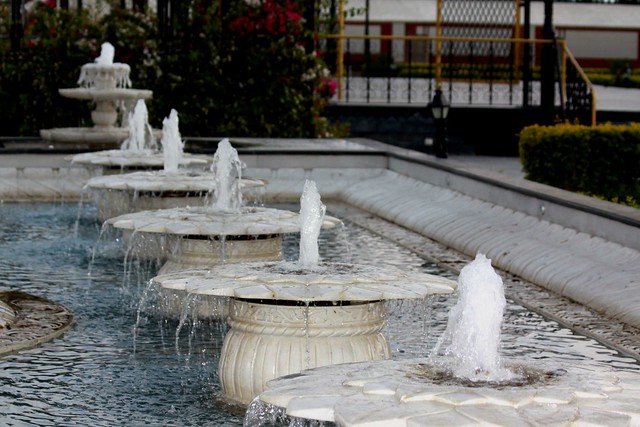 Jag Mandir has a structure that had been built to give shelter to Prince Khurram (later Emperor Shah Jahan) in 1626 when he was about to revolt against his father, Emperor Jahangir. 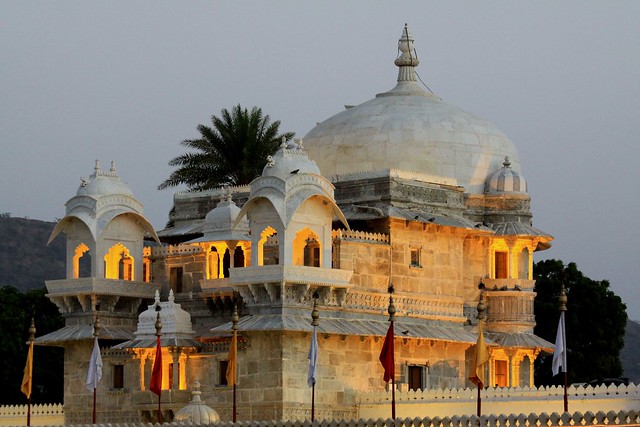 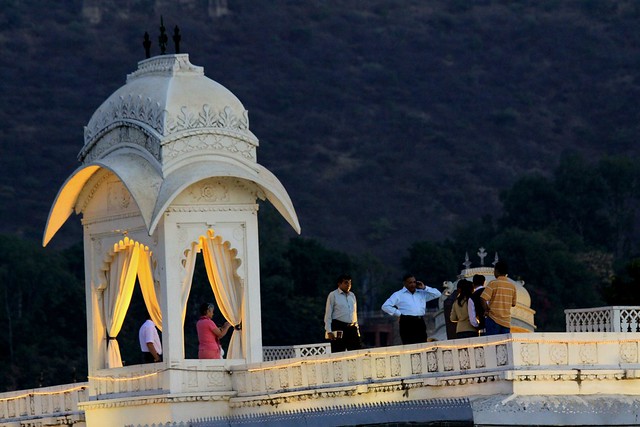 The Rana of Udaipur, Rana Karan Singh first gave him refuge in his City Palace. However, the Prince and his entourage were shifted to the island palace on lake Pichola when his nobles failed to respect Rajput customs. 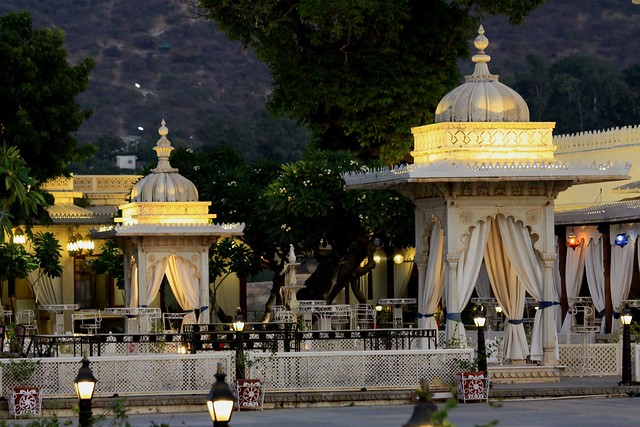 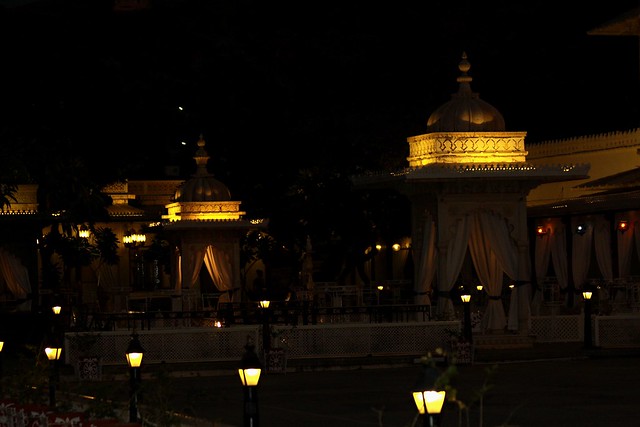 The sandstone palace with its inlaid designs in onyx, jasper and agate had been a major influence when Shahjahan built his palaces in Delhi and Agra. 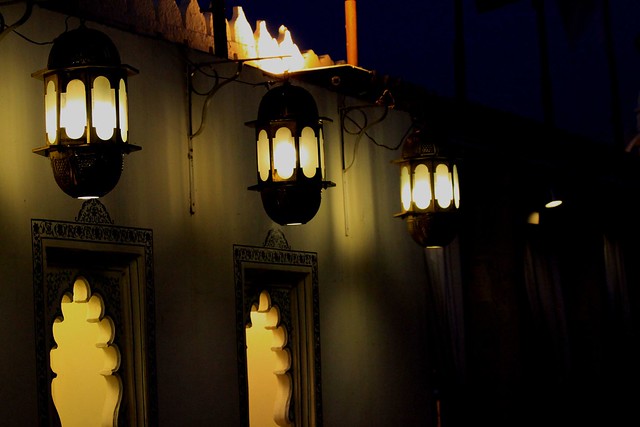 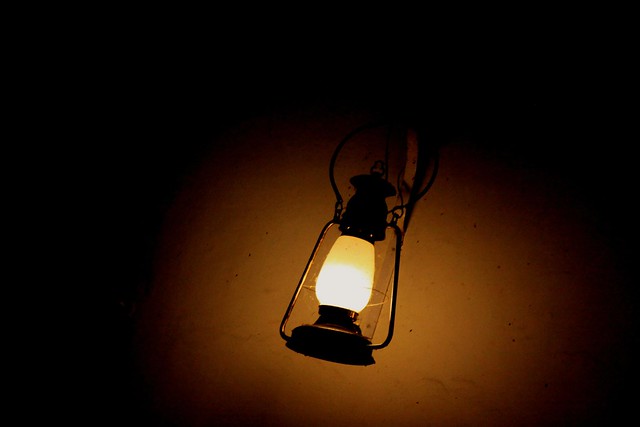 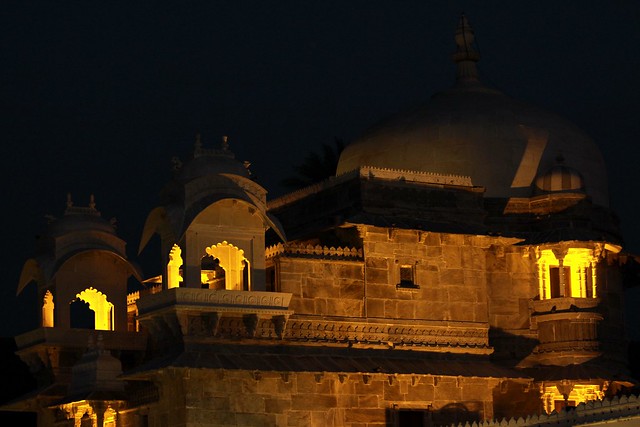 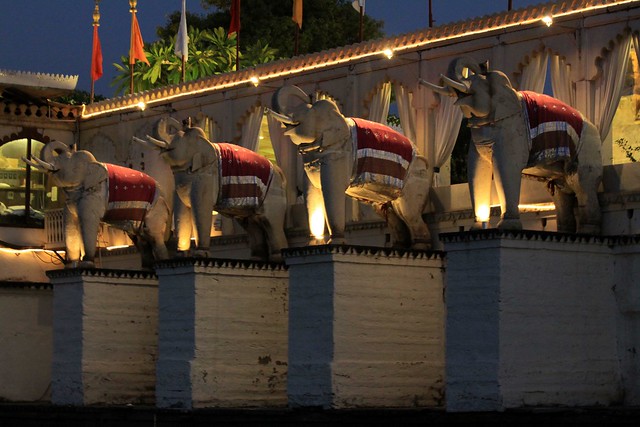 Elephants along the Jetty

One Response to Jag Mandir