Karni Mata Temple houses the official deity of the royal families of Jodhpur and Bikaner, is worshiped as an incarnation of goddess Durga by her followers. 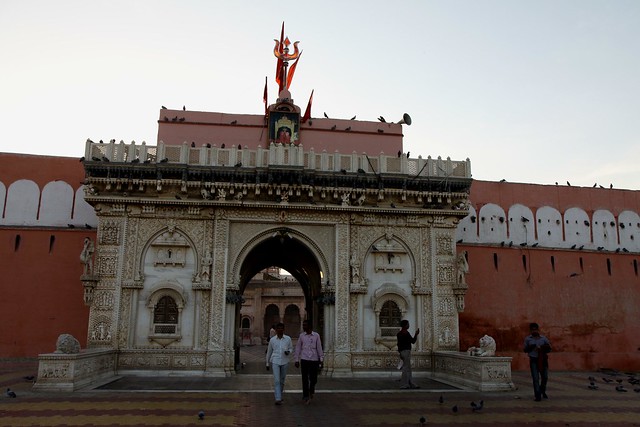 The temple in Deshnoke is famous for its rats, which are considered to be sacred and are protected by the priests and devotees. 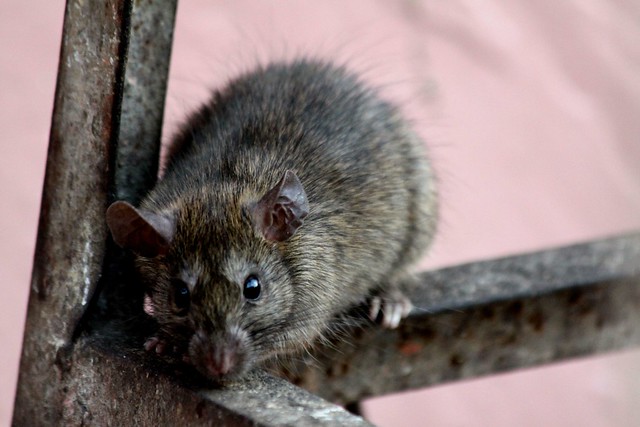 The legend goes that Karni Mata once tried to revive a devotee’s dead child back to life but failed because Yama, the god of death, had already accepted his soul and reincarnated him in a human form. Karni Mata was so disappointed by her failure that she announced that no one from her tribe would ever fall into Yama’s hands again. Instead, after death all of them would temporarily inhabit the body of a rat before being reborn into the tribe. As a result the rats inside the temple complex are considered to be incarnations of Mata’s devotees and are protected by the priests. 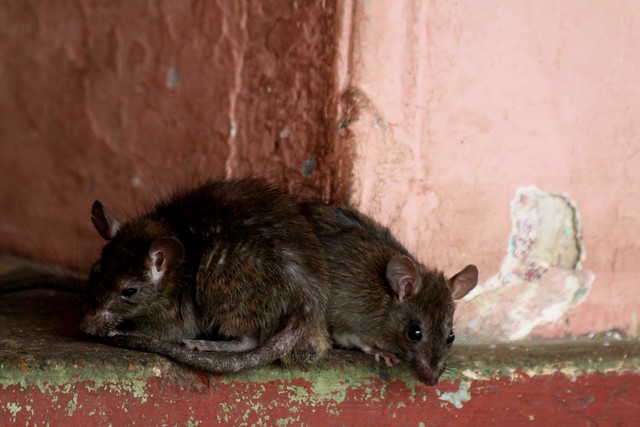 The whole complex has hundreds of rats running all over the place. 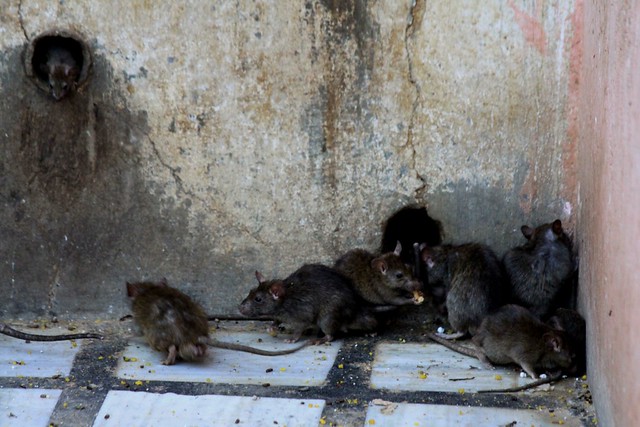 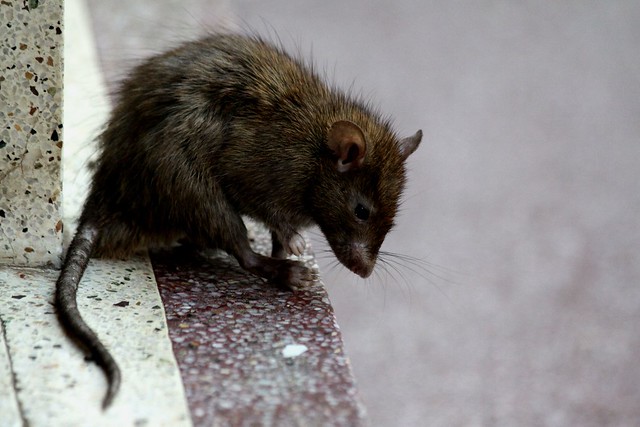 Devotees have to remove all leather articles including belts and wallets before entering the main temple. 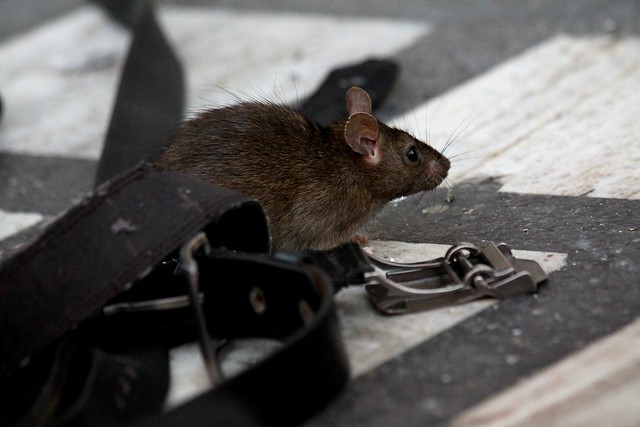 Devotees bring grains and milk as offerings to the temple which are devoured by the resident rodents. 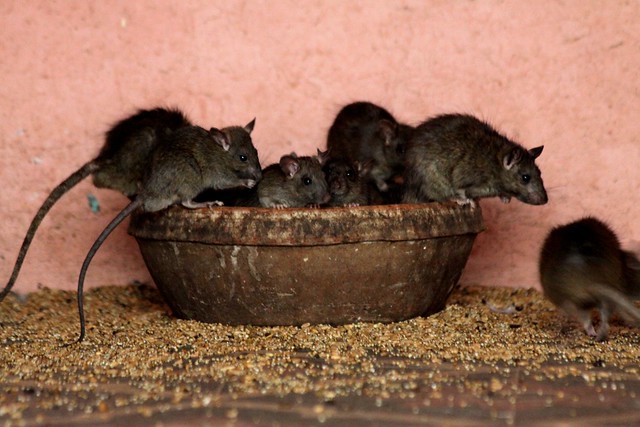 It was quite interesting to watch the rats drink off the deep pan in a very civil way. 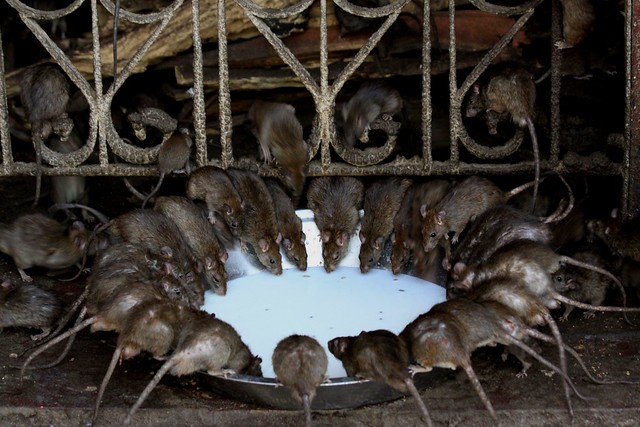 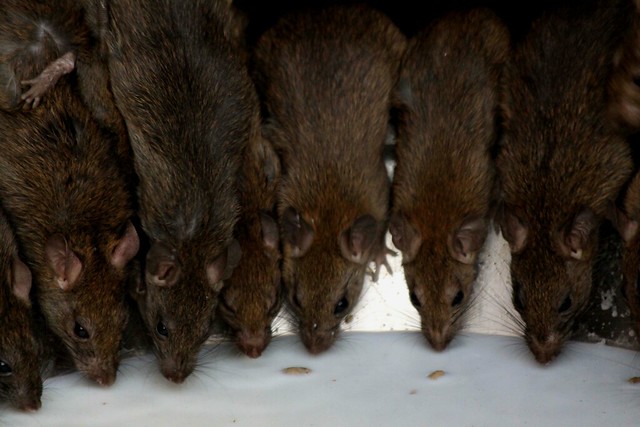 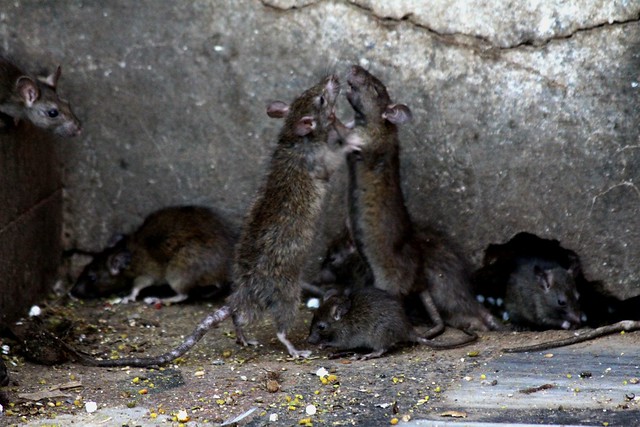 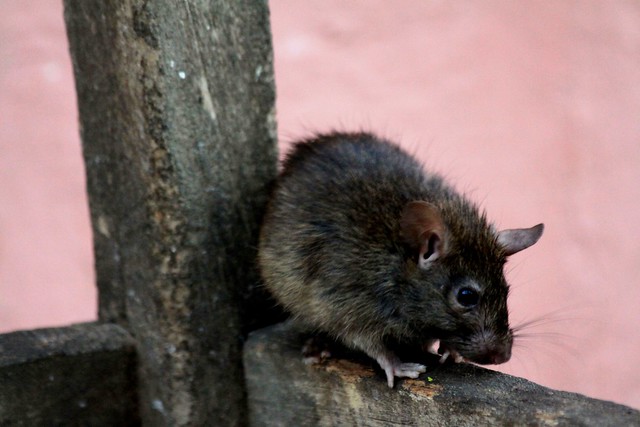 It is said that spotting a white rat is a sign of good luck. 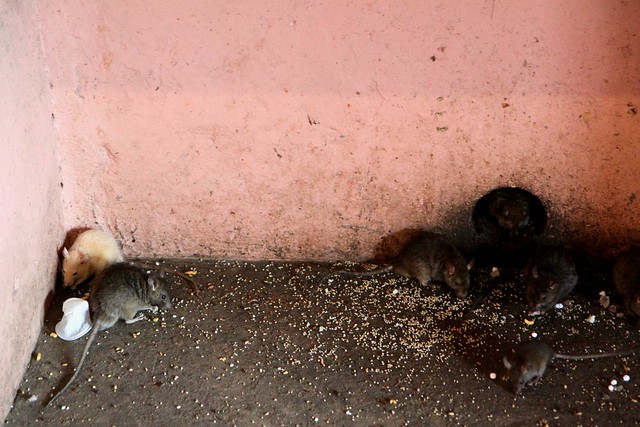 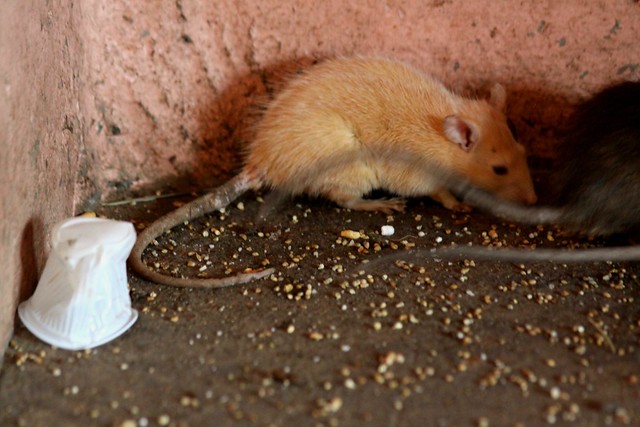 And of course, squashing one to death is a sign of bad times.