Mehrangarh Fort Jodhpur, one of the largest forts in India

Mehrangarh Fort, situated about 400 feet above Jodhpur City, is one of the largest forts in India. It was built by Rao Jodha when he decided to move his capital from Mandore to Jodhpur. 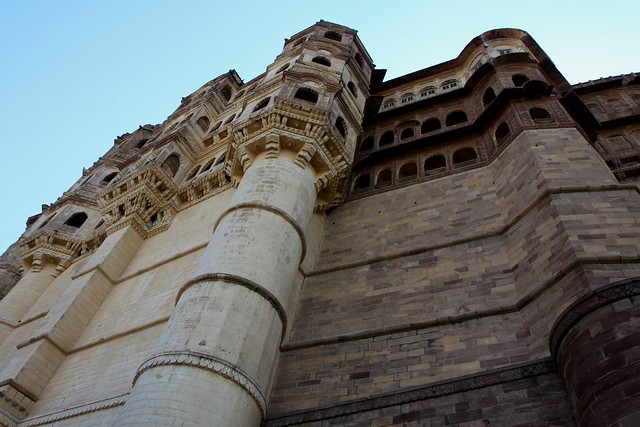 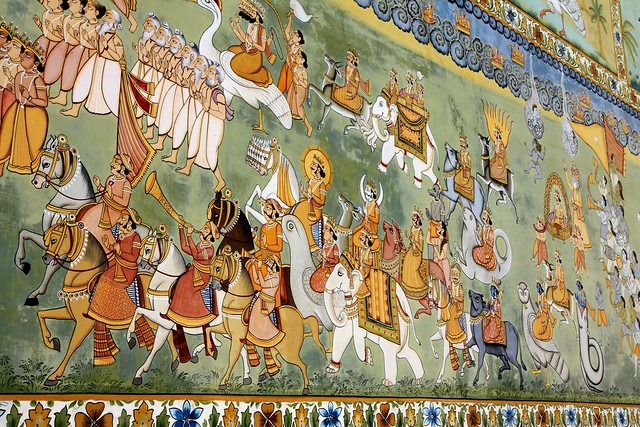 Mural outside the first gate 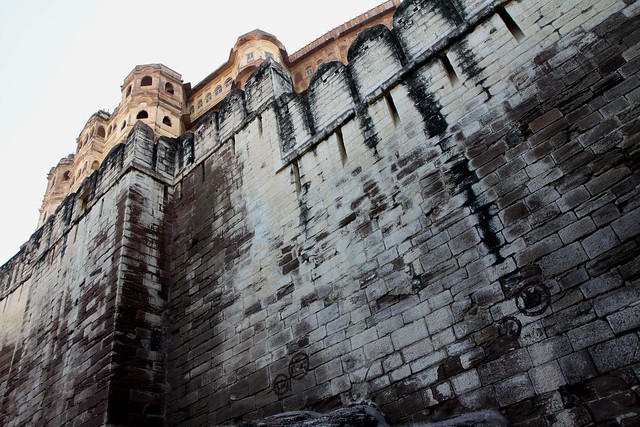 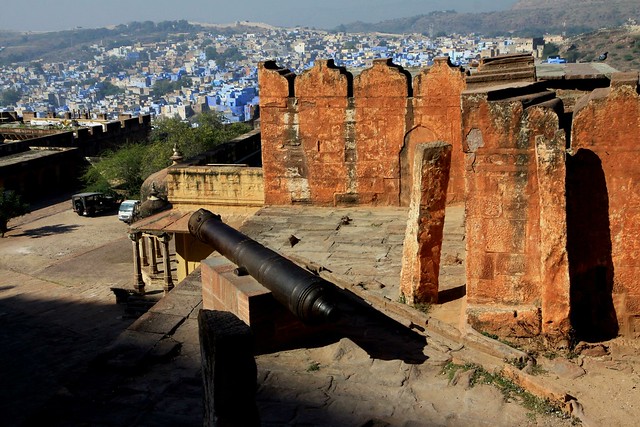 The fort gates are studded with sharp iron spikes intended to prevent elephants from battering them in. 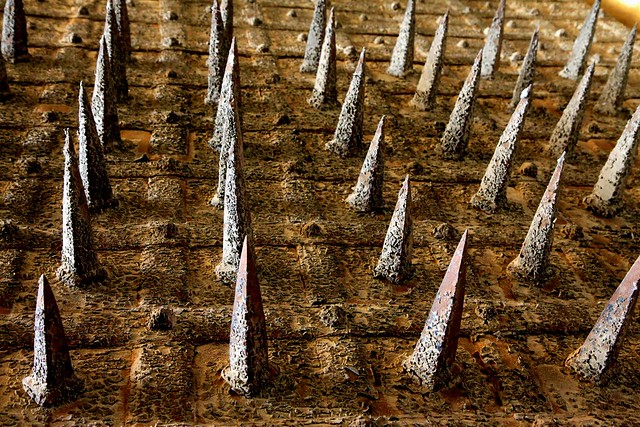 There is a wall outside Loha Pol with the hand prints of royal satis who immolated themselves on the funeral pyres of their husbands. 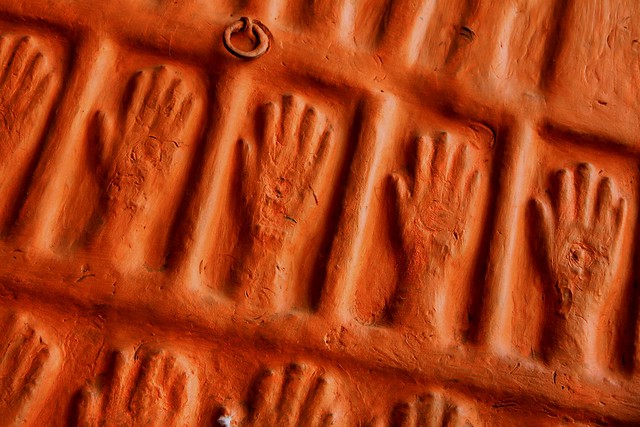 The Nakar Khana displays drums which were beaten to announce the arrival of the king. 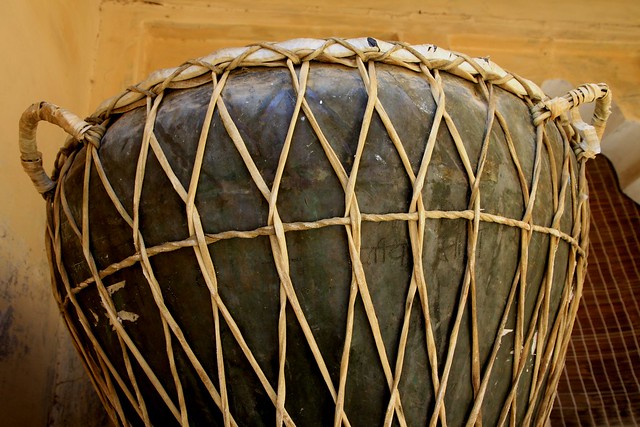 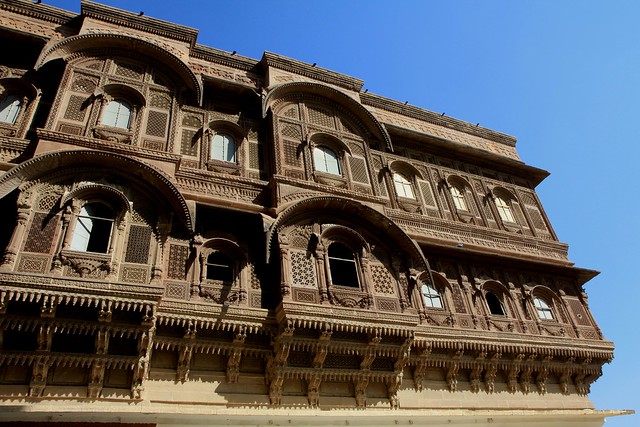 The museum displays in the Mehrangarh fort is one of the finest in Rajasthan.

The Palki Khana section of the fort museum displays a wide selection of royal palanquins.

Palkis were a popular means of travel for royal and noble ladies up to the second quarter of the 20th Century. 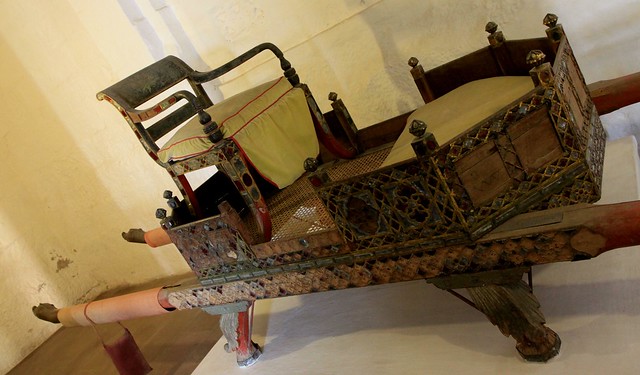 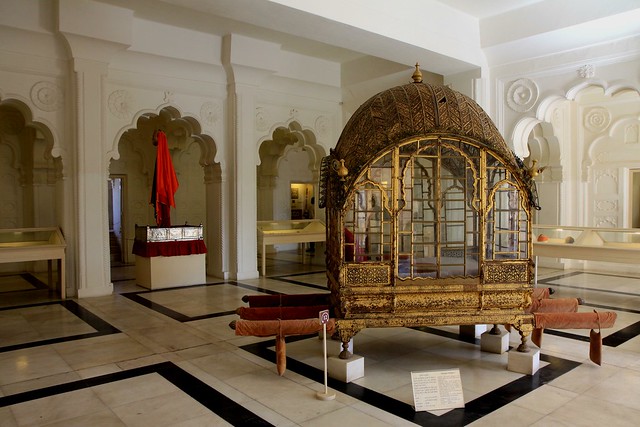 Mahadol Palki was won in a battle in 1730 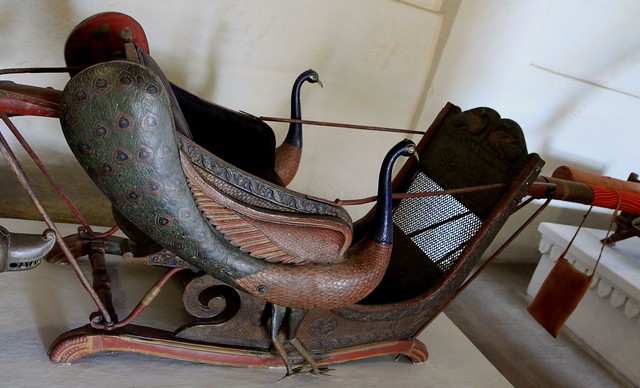 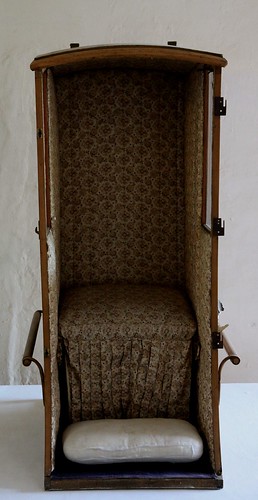 Howdahs are a carriages/platforms which were used to transport royalty on the back of an elephant. 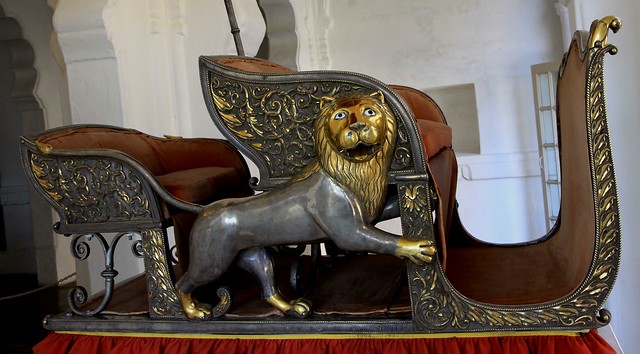 The front compartment with more leg room and a raised protective metal sheet was meant for kroyalty and the rear ones for bodyguards. 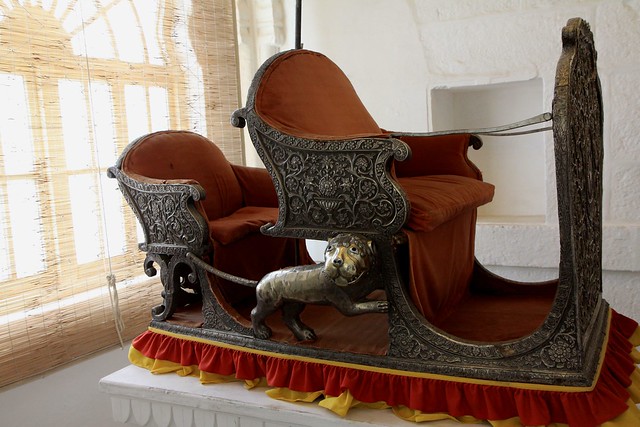 Howdah presented to Maharaja Jaswant Singh I by Shahjahan 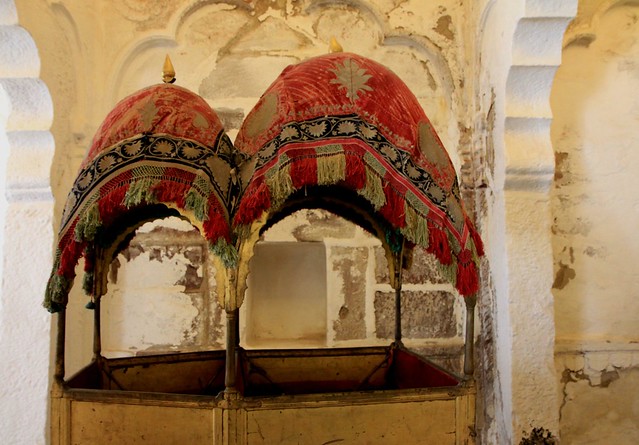 This gallery displays exquisite collections from the Mughal period, during which Jodhpur maintained friendly relations with the Mughal emperors. 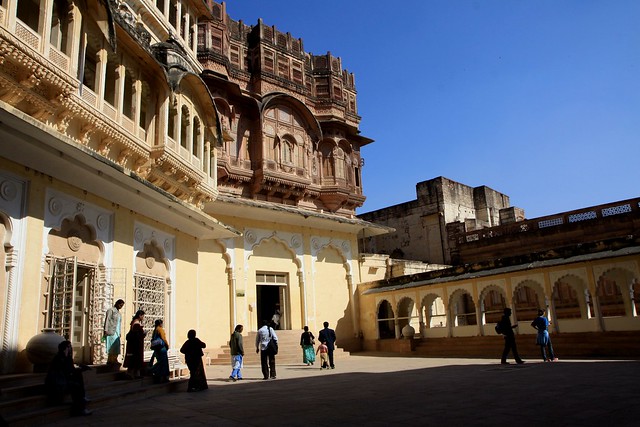 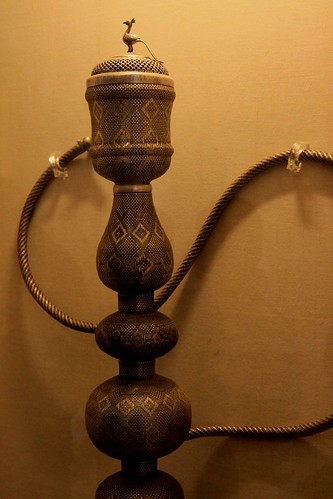 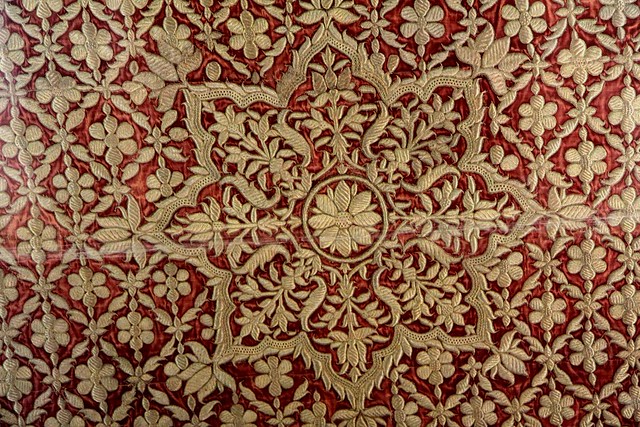 The Hall of Mirrors at Mehrangarh is unique since it uses large mirror pieces as opposed to tiny mirror mosaics used in traditional Sheesh Mahals. 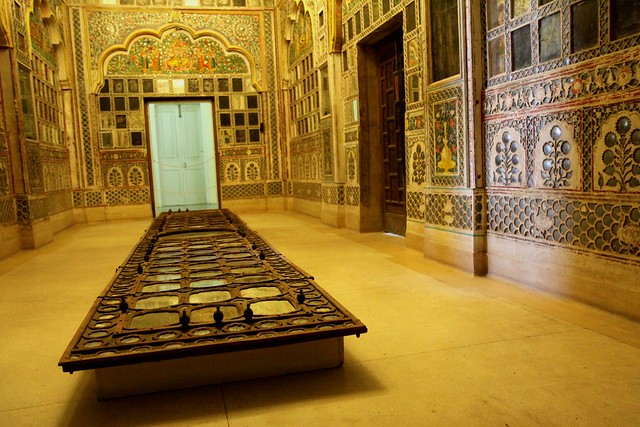 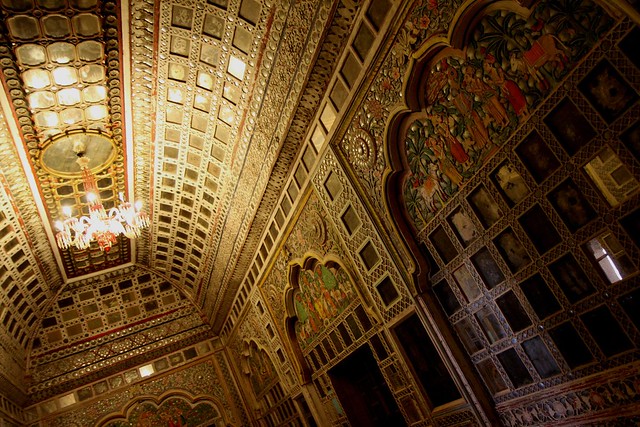 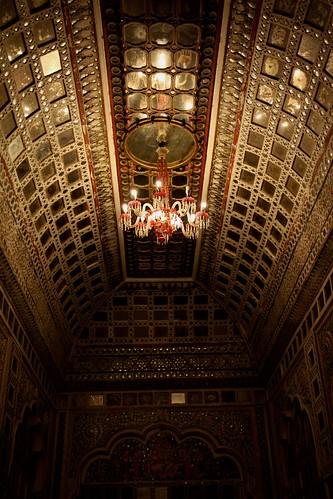 This hall created by Maharaja Abhaya Singh, is the grandest of Mehrangarh’s Mahals. 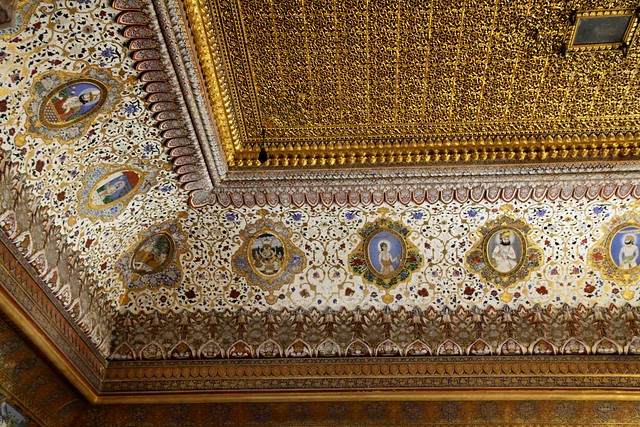 Built by Maharaja Takhat Singh (1843-1873), Jodhpur’s last ruler to reside in the Mehrangarh Fort, Takhat Vilas is an interesting blend of architectural and design styles. 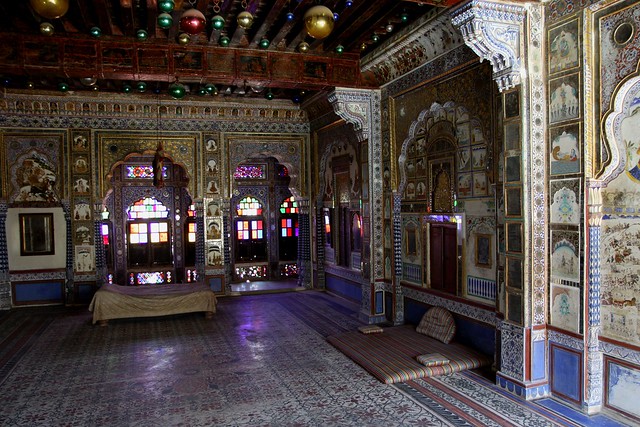 This palace gets it’s name from the pearl like lustre on the walls due to the finely crushed shells added to the lime plaster used on the walls. 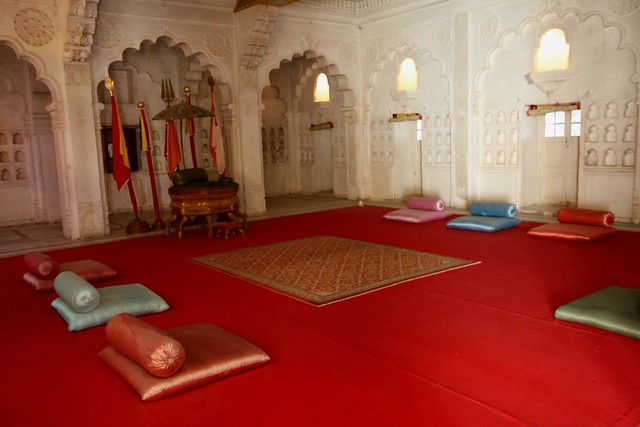 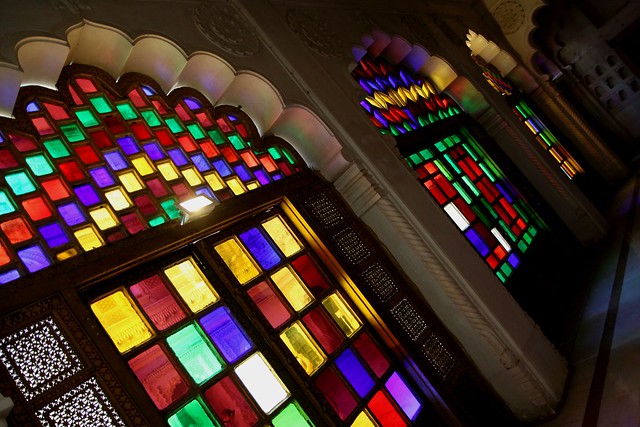 This inner sanctum of the palace was used by the Queens to relax during the day. 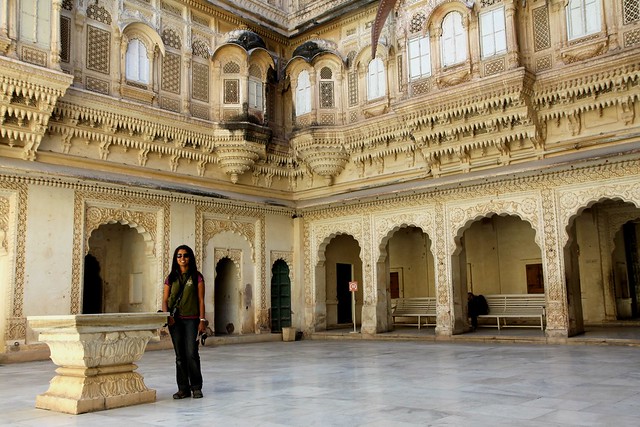 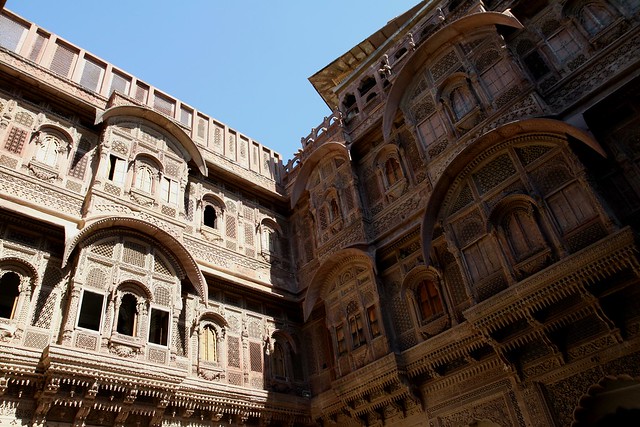 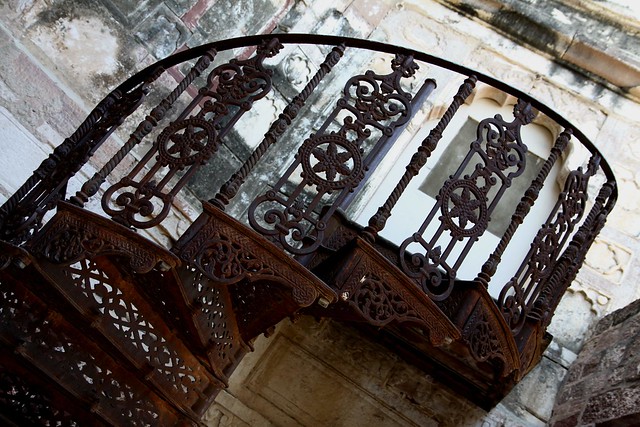 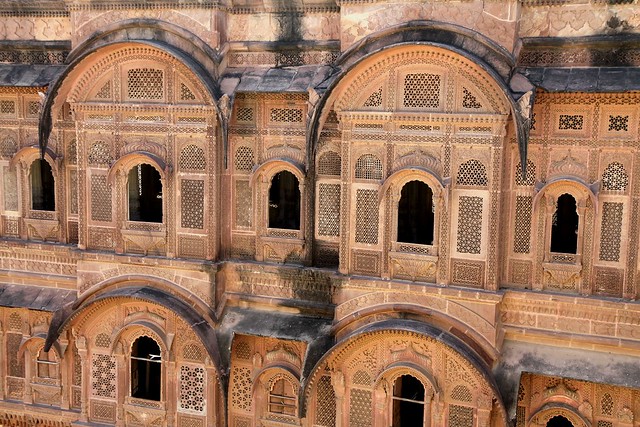 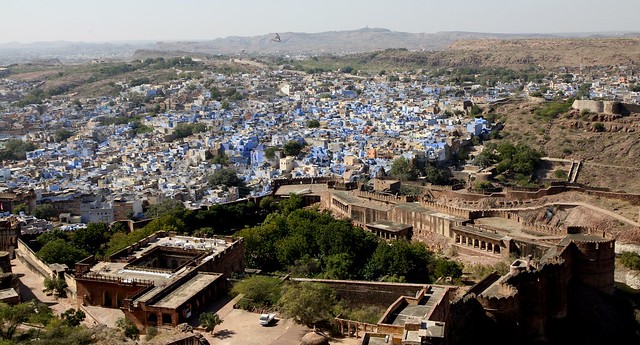 View of the city from the roof