Nagaur Cattle Fair, the second largest cattle fair in India, is held every year in the months of January and February in the Nagaur district of Rajasthan.

While the Pushkar Fair has now become highly commercialized, the Nagaur Cattle Fair has fortunately not been influenced by the tourism industry. The focus is still on trading of cattle, bullocks, camels and horses.

Farmers from all over the region including Madhya Pradesh, Uttar Pradesh, Punjab, Harayana, Gujarat and Rajasthan visit this fair every year to trade cattle, horses, and camels. 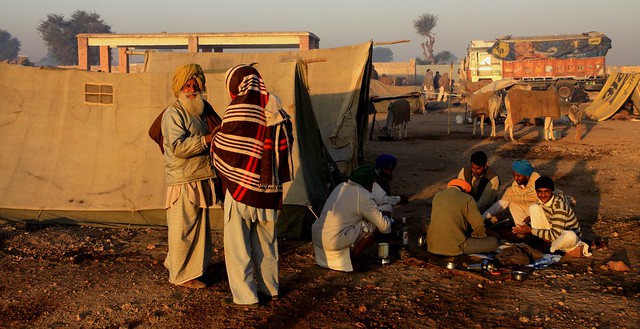 Farmers having breakfast before the fair begins 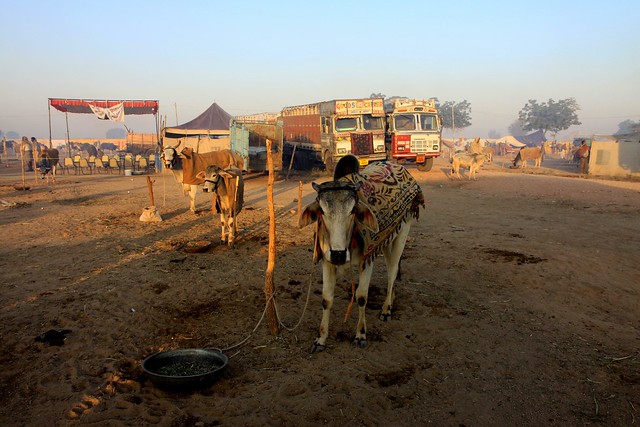 Trucks are used to transport cattle to the fair

Most of the cattle sellers are from Punjab and Madhya Pradesh. 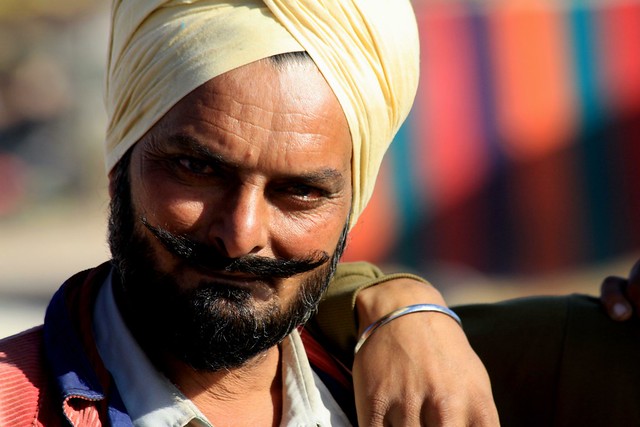 More than 70,000 exchanges take place each year, making this as one of the largest cattle fairs in India. 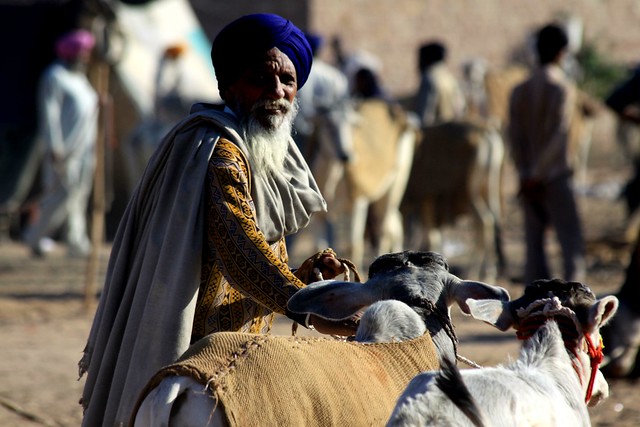 Sikh farmer on a sales round

We were at the fair with our dear friend, Pradeep Bhau, who was at the fair to add another Marwari horse to his stable. 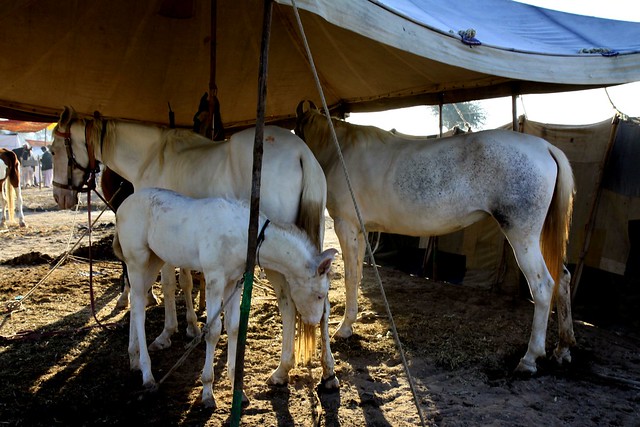 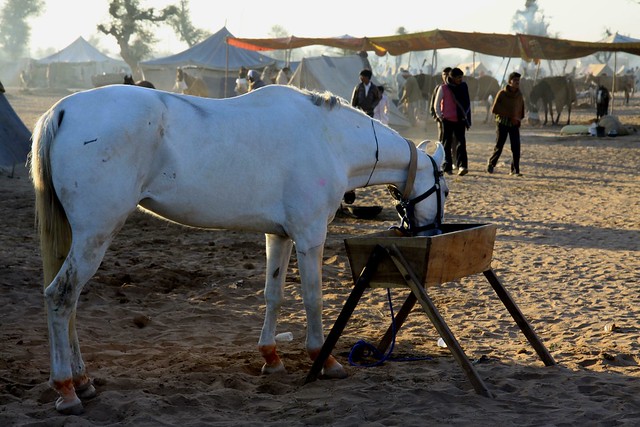 A Marwari Horse with prospective buyers in the background.

Pradeep Bhau was on the look out for a Black stallion with white markings on the forehead and on the legs between the knee and the hoof. 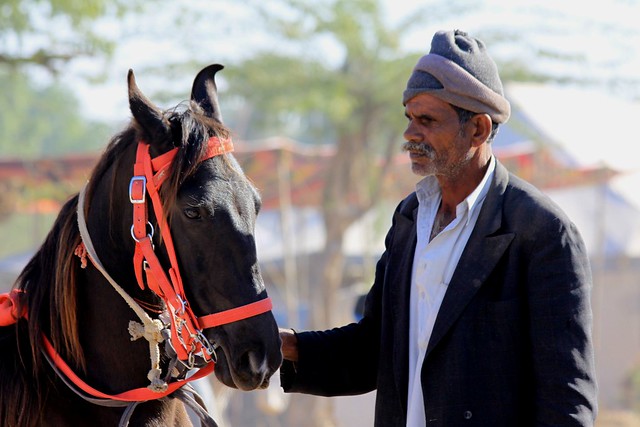 Looking for a buyer 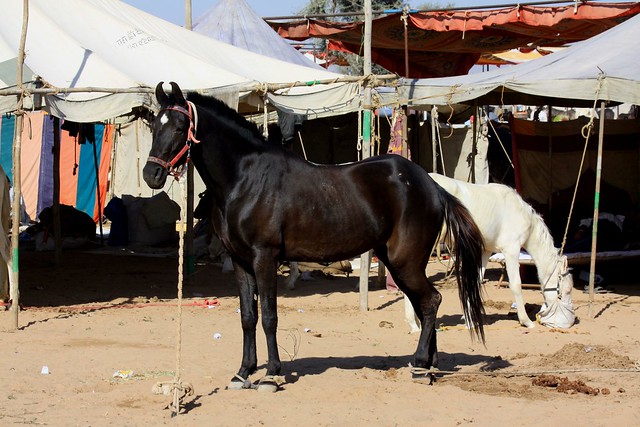 This one was pretty close to what Bhau is looking for except for the lack of markings on his legs. 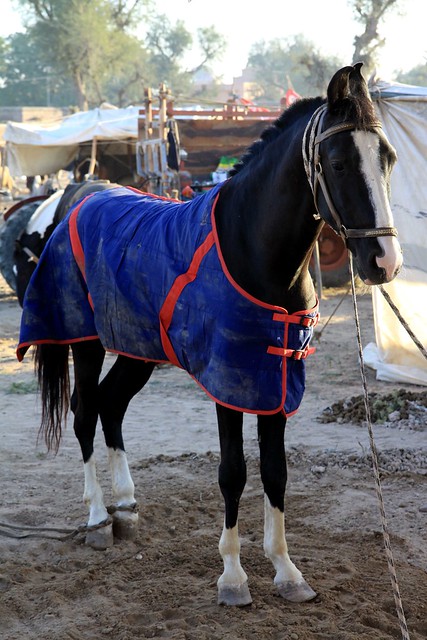 Pradeep Bhau finds the horse he is looking for! 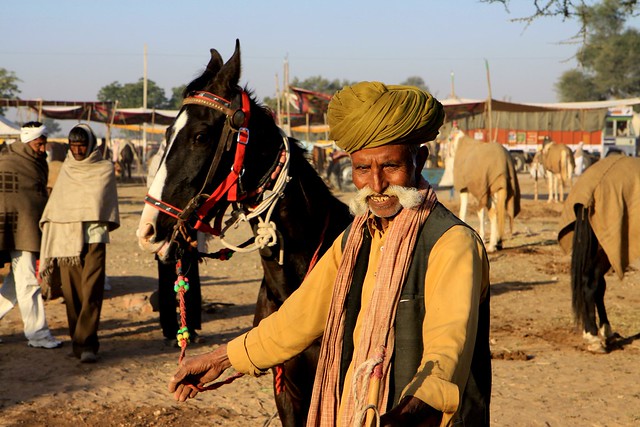 We then decided let Bhau go off on his own, while we went off to check the camels. 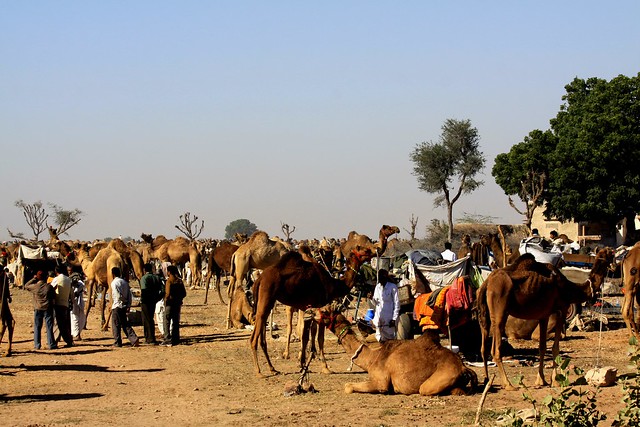 Camel section of the fair

The camel plays an important role in the fragile desert eco-system on account of its unique bio-physiological characteristics. It has become an icon of adaptation to challenging ways of living in arid and semi-arid regions. 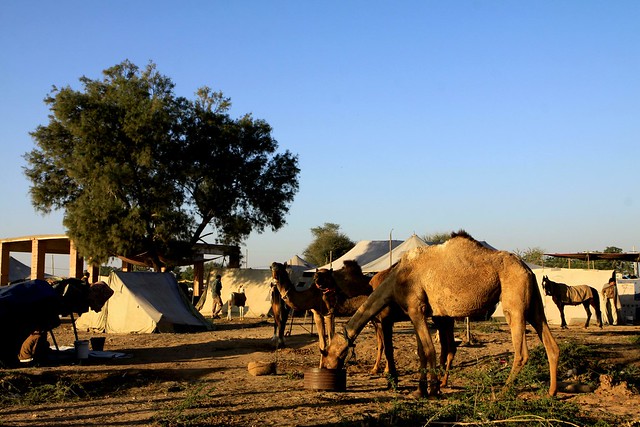 Most of the camels are sold by Rajasthani gypsies. 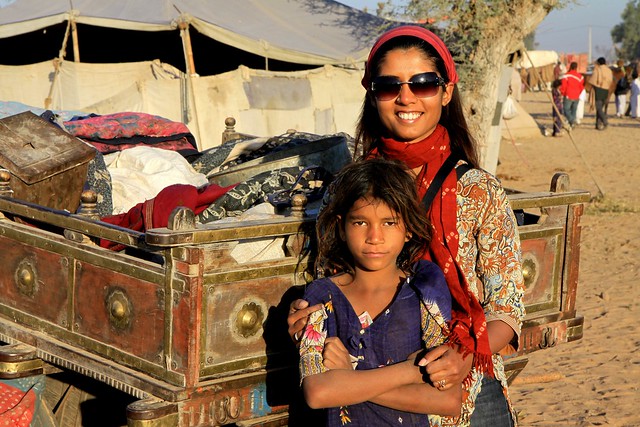 With a gypsy girl

All the four domestic camel breeds (Bikaneri, Jaisalmeri, Kachchhi, and Mewari) can be found here. 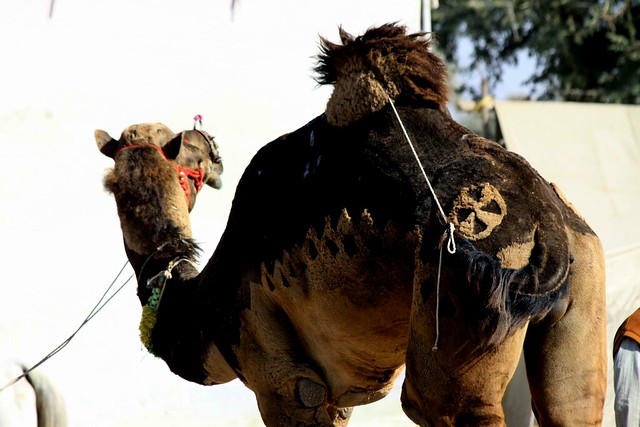 Prettied up for a sale 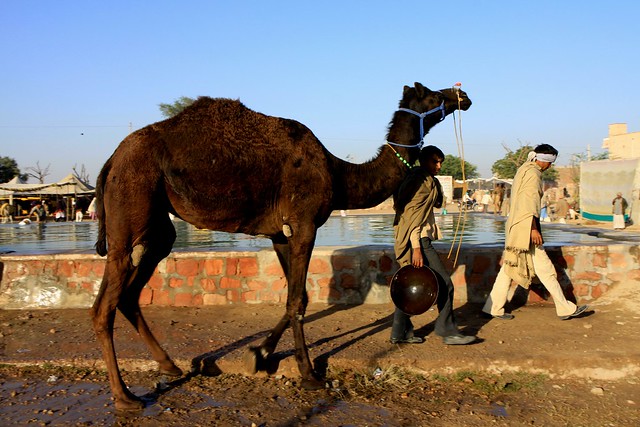 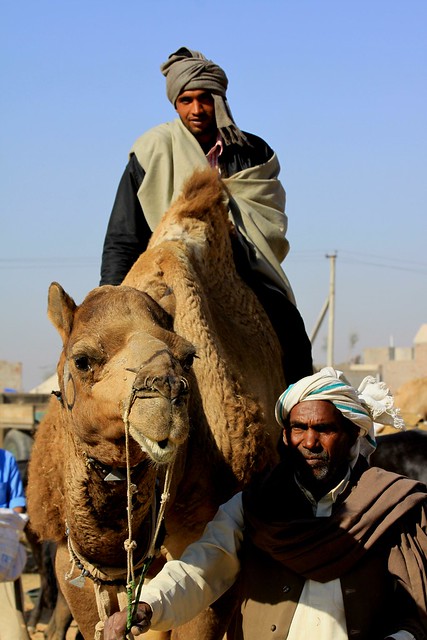 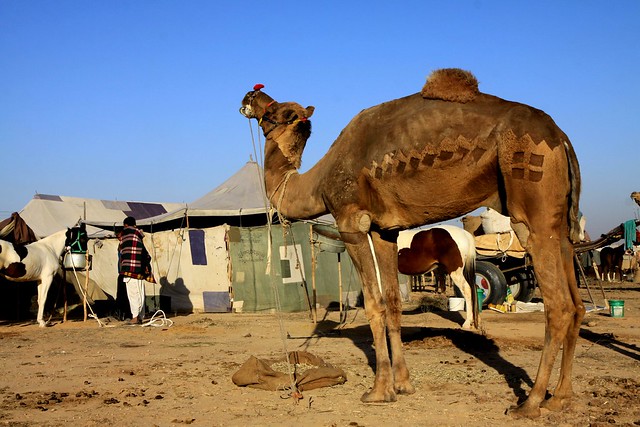 While most of the camels are used as transport, some of them are used by gypsies as performing animals at local village fairs. 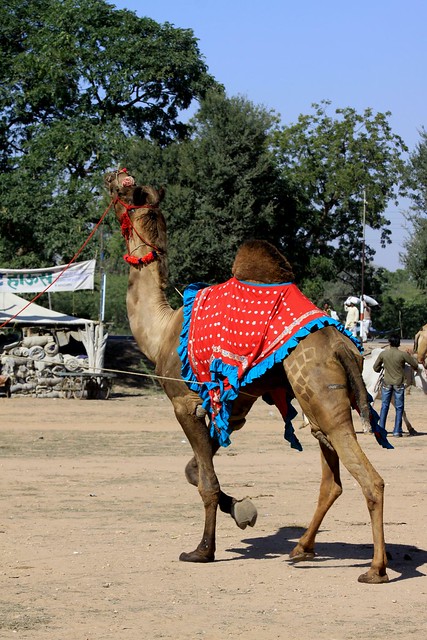 The Nagori bulls are one of the most famous trotting draft breeds in India. 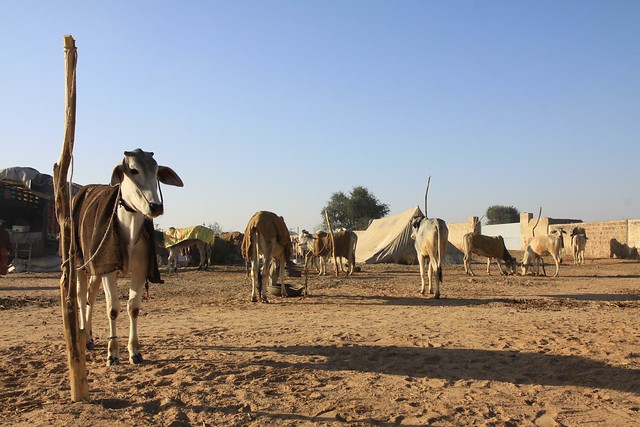 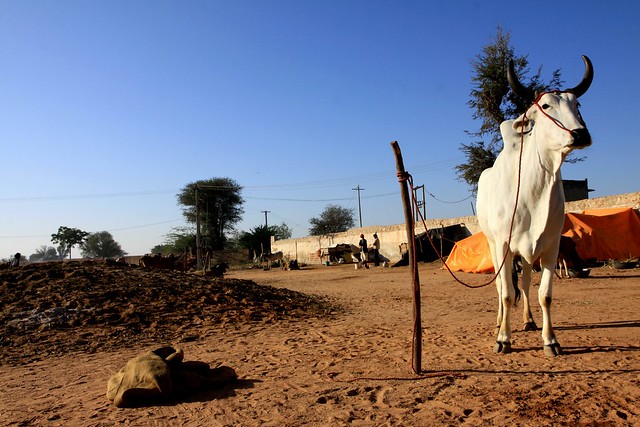 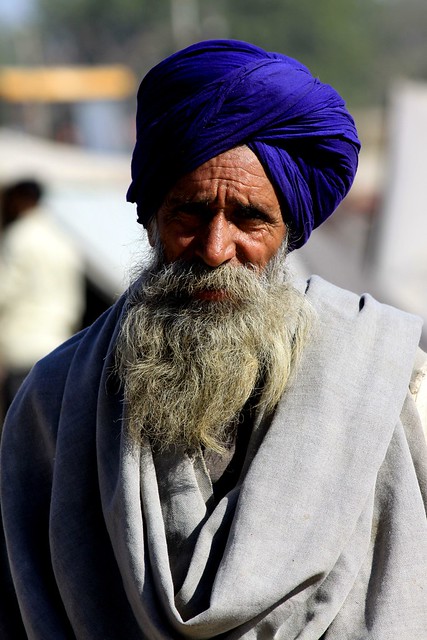 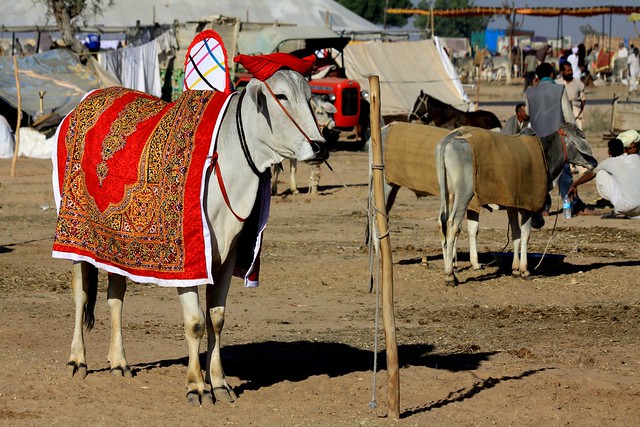 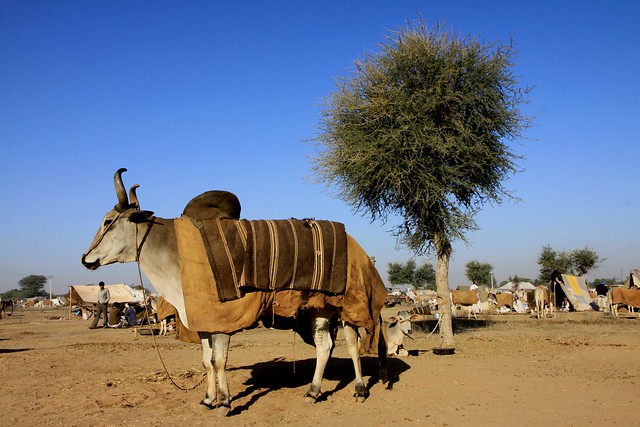 One of the largest bulls at the fair

After couple of hours we got a call from Pradeep Bhau announcing that he had bought a pure white Marwari stallion ! 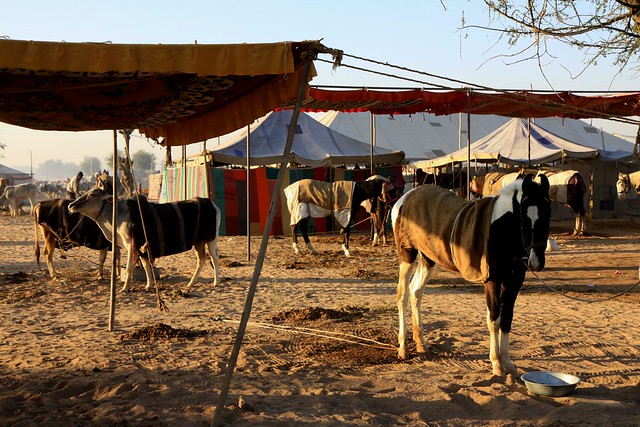 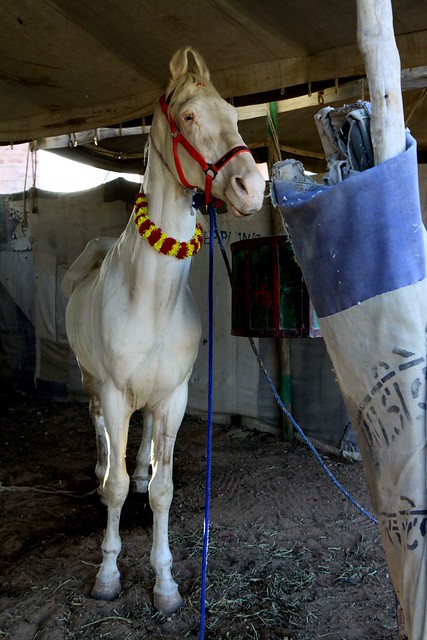 Bhau’s flunkies were all excited and beaming with pride by the time we got there. 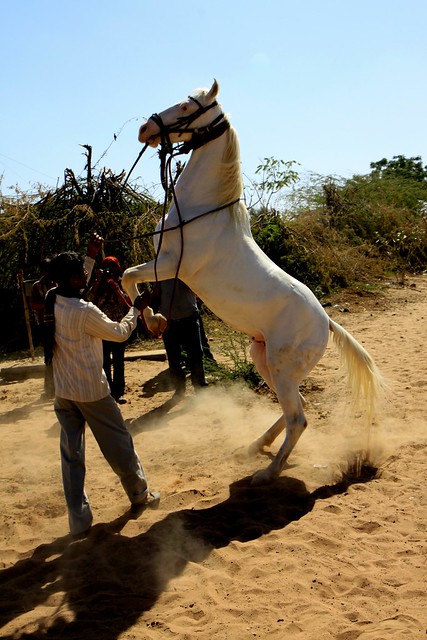 One of Bhau’s flunkies showing off Raja’s ‘moves’ 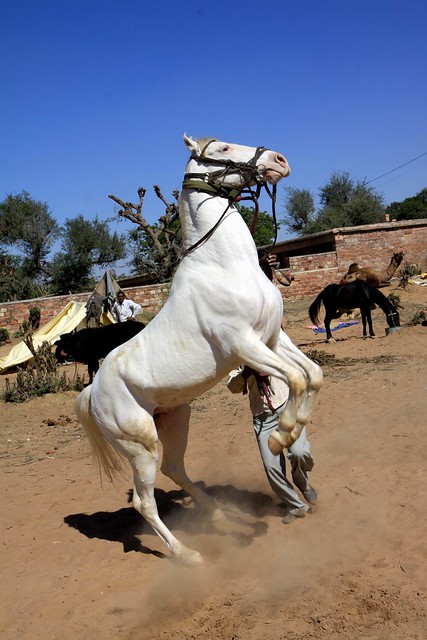 After this went off to the local market to buy accessories for Raja. 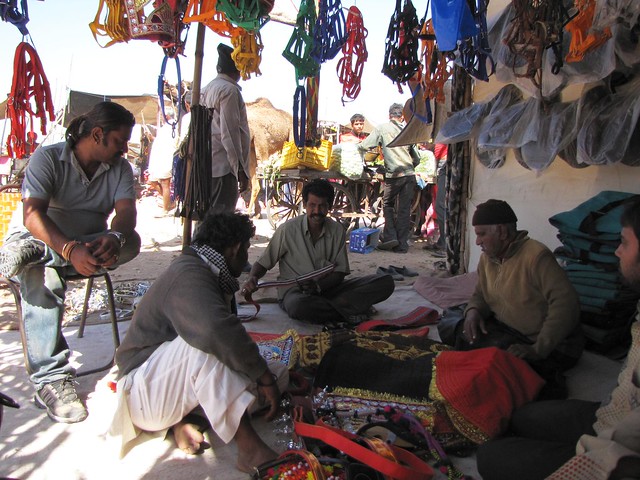