Fatehpur, a quaint hamlet in Shekhawati

Fatehpur, which is part of the Shekhawati region, is famous for its grand painted havelis and baodis. It was established by Fatehkhan in 1451 and ruled for 23 years up to 1474.

This beautiful haveli, built by the Deora family in 1802, was purchased by French artist Nadine Le Prince in 1999. Since then she has completely restored this haveli and its frescoes. 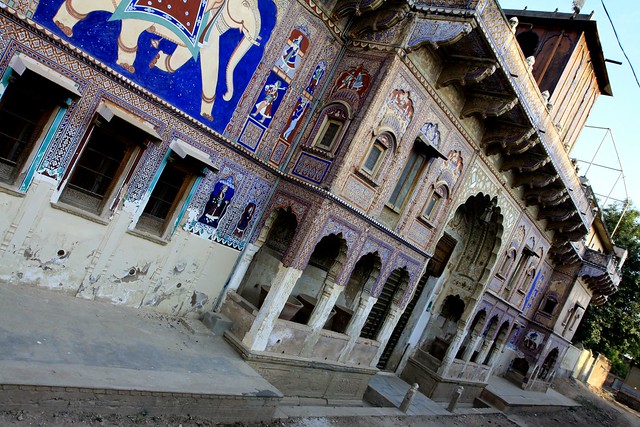 Nadine is actively involved, along with other associations, in preserving and restoring Shekhawati’s unique heritage havelis. 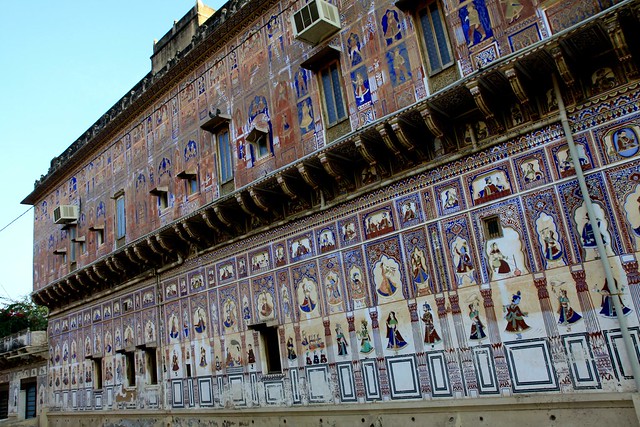 Recently she has started exhibiting works of French and Indian modern artists inside her haveli. 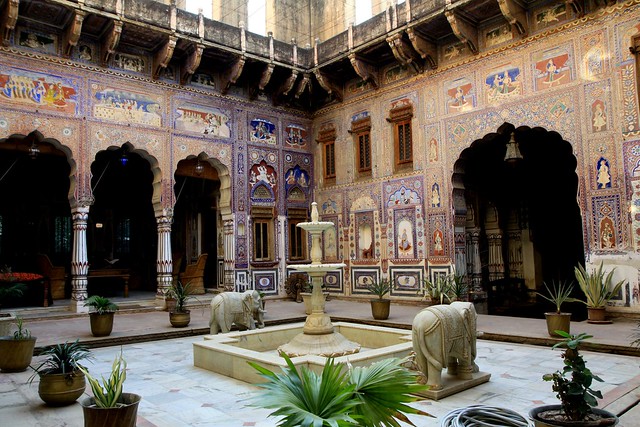 Nadine, is a descendant from a long line of artists dating all the way back to the 16th century. 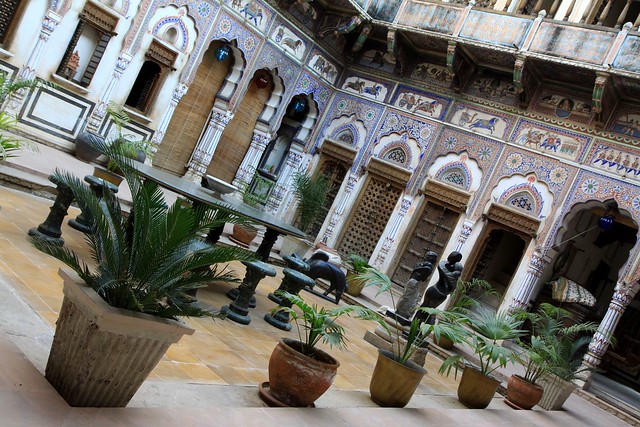 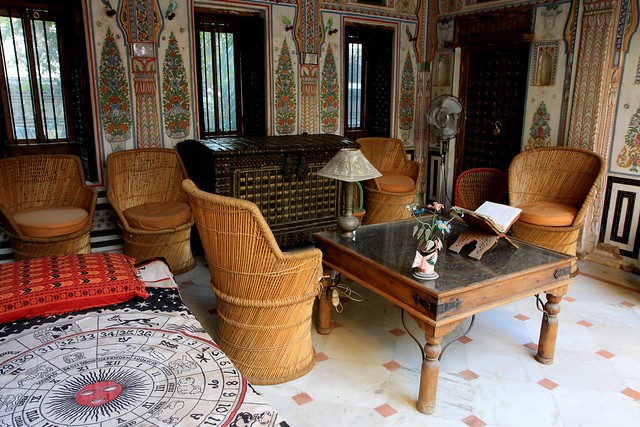 Sitting Area next to the Courtyard 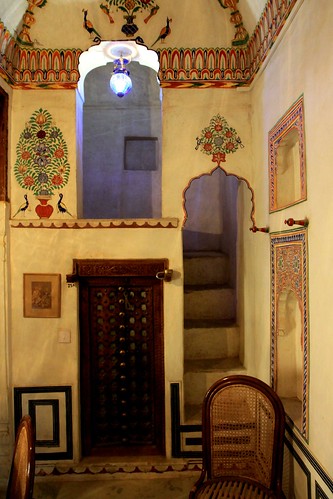 This 19th century haveli, belonging to the Singhania family, is now open to the public. 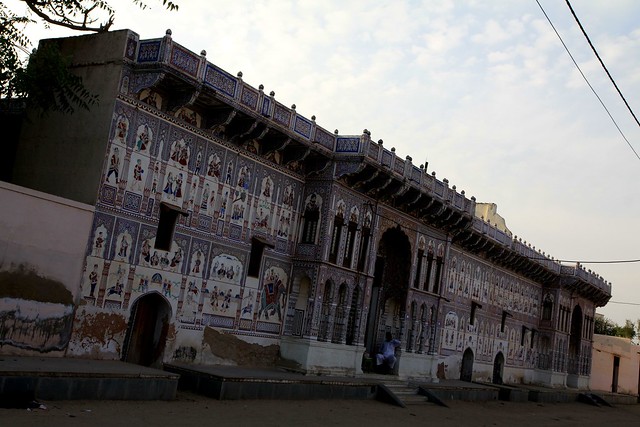 This haveli is known for its frescoes depicting Radha-Krishna scenes. 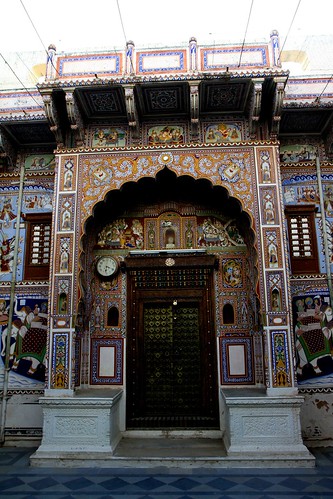 Some of the frescos depict British men with guns. 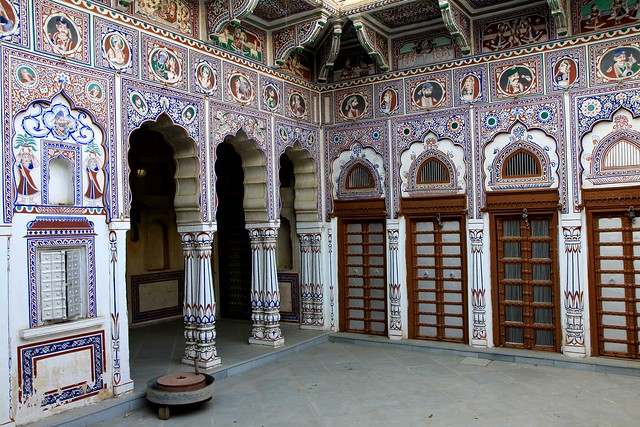 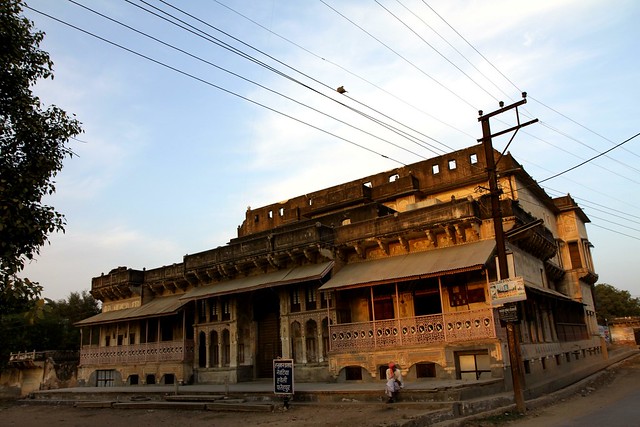