Gangtok(Hill Top), the capital and largest town of Sikkim, is located at an altitude of 1437 m in the Shivalik Hills of the eastern Himalayan range. It is home to a mix of different ethnicities including Nepalis, Lepchas and Bhutias.

Namgyal Institute of Tibetology (NIT), the only one of its kind, is a treasure trove of Tibetan literature and artifacts. There are only 2 other Tibetology institutes in the world – Institute of Peoples of Asia in Moscow and Toyo Bunko in Tokyo.

This institute was founded in 1958 by the 11th Chogyal, Tashi Namgyal. The institute has helped the world to realize that Tibetan literature is not just about dharma & tantra and that it actually includes a wide variety of subjects including history, geography, botany, chemistry, medicine, surgery, art and architecture. 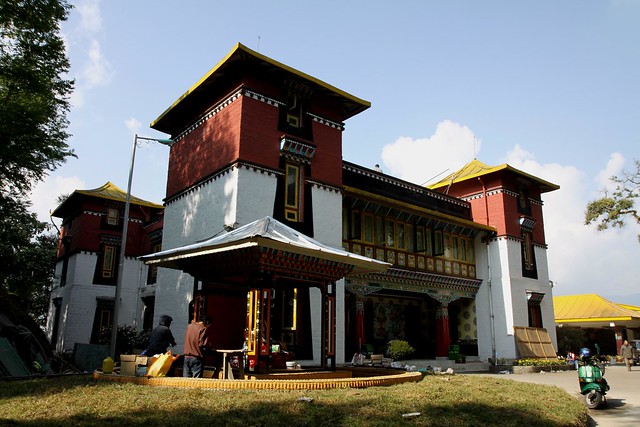 This is the most significant and one of the largest stupas in Sikkim. It was built in 1945 by Truslshi Rimpoche, who was then the head of Nyingma sect of Tibetan Buddhism. 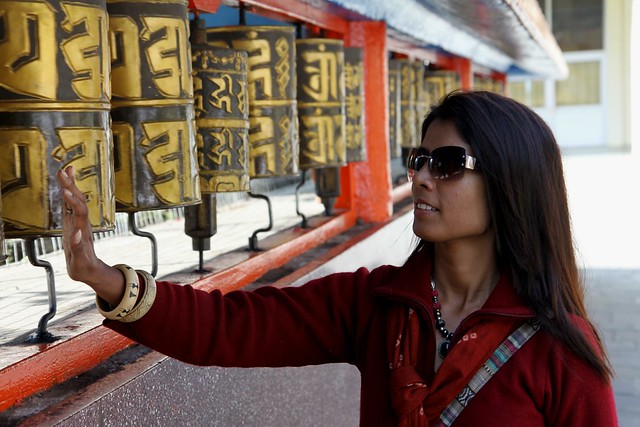 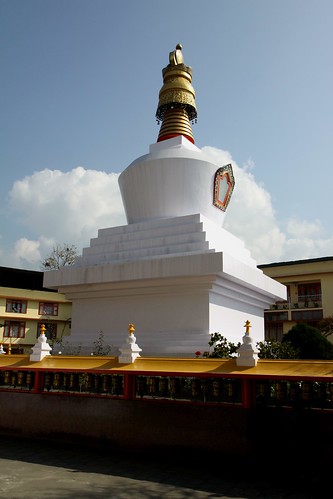 The Cable Car covers a distance of about 1 km between Deorali market and Tashiling. The ride provides interesting views of the market below.

View from the Cable Car 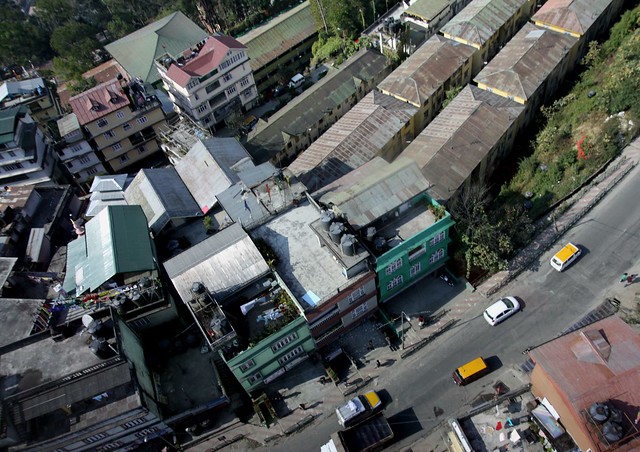 View from the Cable Car

MG Road is the happening place in Gangtok with pedestrian only roads, restaurants, cafes, and bars. 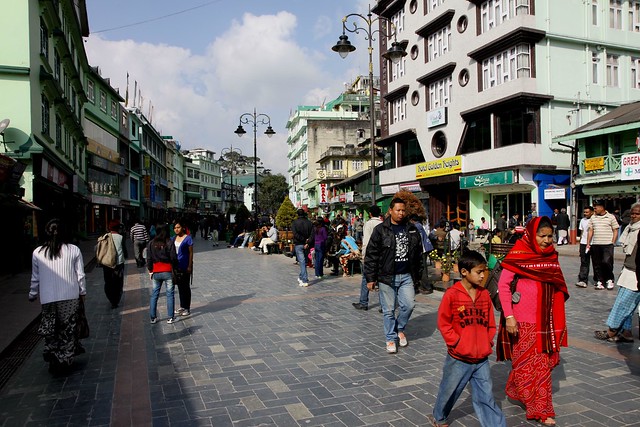 The Enchey Gompa, built in 1909, is Gangtok’s most attractive gompa with interesting murals and statues of Tantric deities. 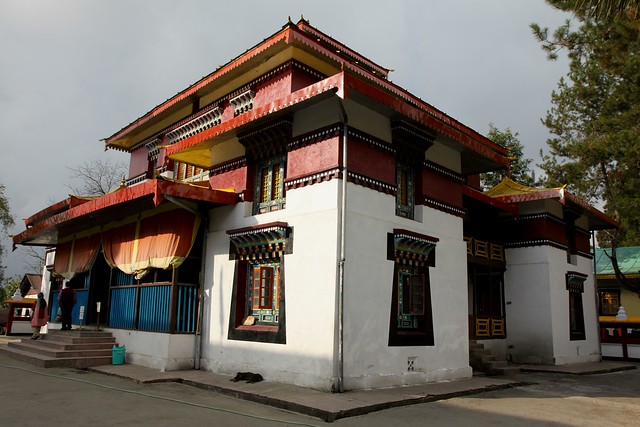 It hosts the yearly Detor Chaam masked dances in December/January. 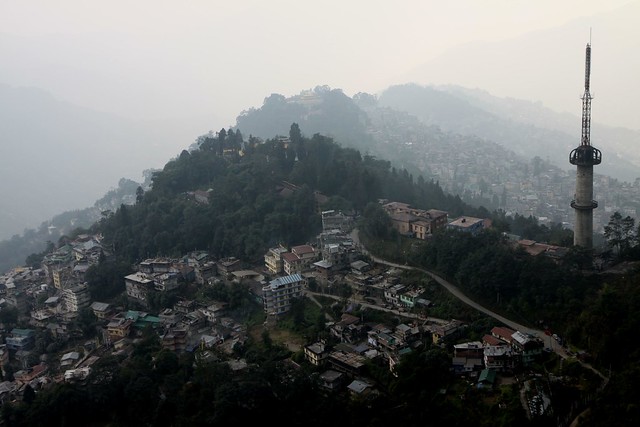 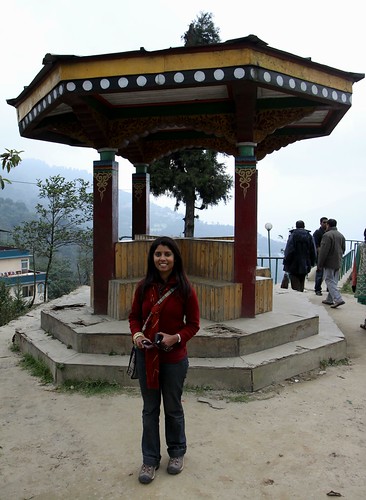 One Response to Gangtok (Photo Feature)