Rumtek Gompa also known as the Dharmachakra Centre, is a Tibetan Buddhist monastery located about 25 Kms from Gangtok. In recent times it has become the focal point of the Karmapa Controversy.

Two rival organisations, Karmapa Charitable Trust (supporting Trinley Thaye Dorje) and the Tsurphu Labrang (supporting Ogyen Trinley Dorje), have been battling it out for the position of 17th Karmapa of the monastery. This has resulted in several instances of violence between these organizations.

As a result, Rumtek is now patrolled by armed soldiers to prevent further sectarian violence. 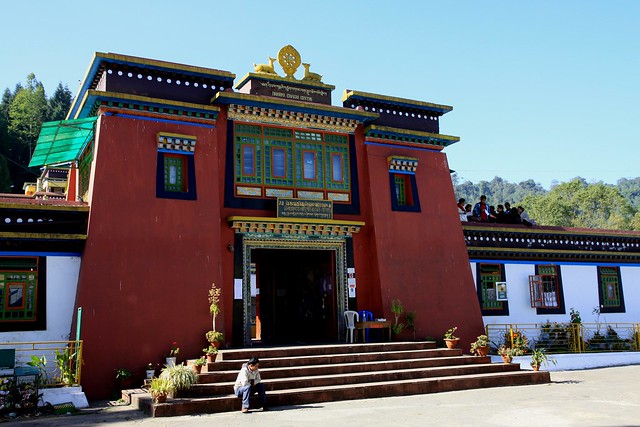 We reached the complex around noon and the resident lamas were enjoying their lunch break on the open terrace. 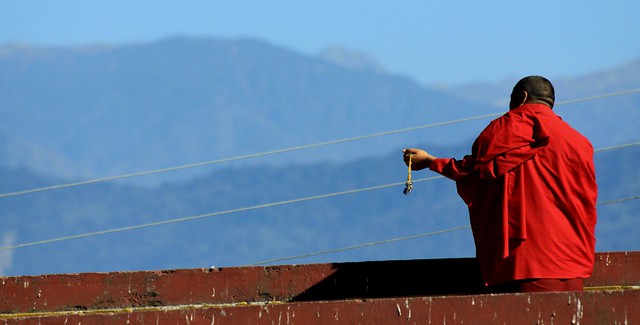 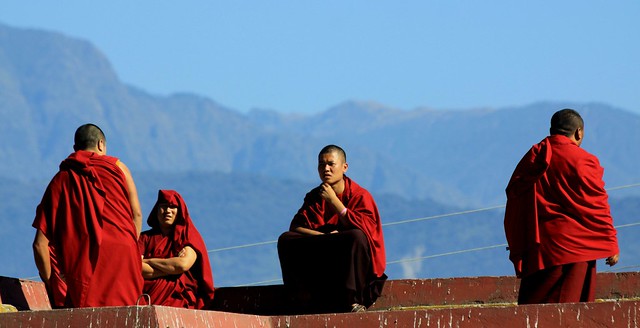 This institute was established to preserve and propagate the teachings of Lord Buddha and in particular the Kagyu tradition of Mahayana Buddhism. 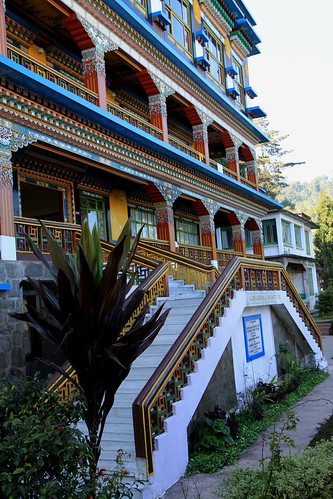 The graduates from this institute provide teaching, guidance, and inspiration to students from all over the world. 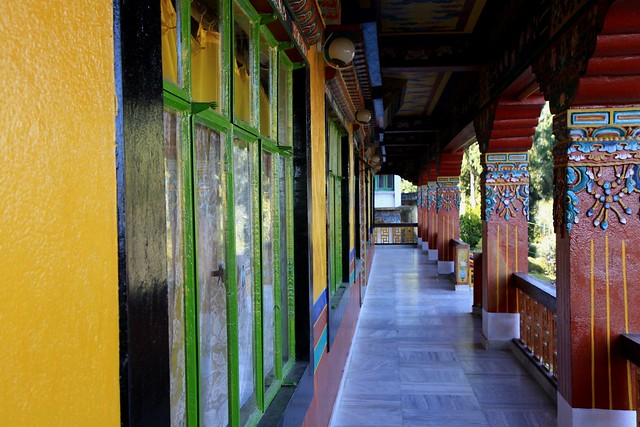 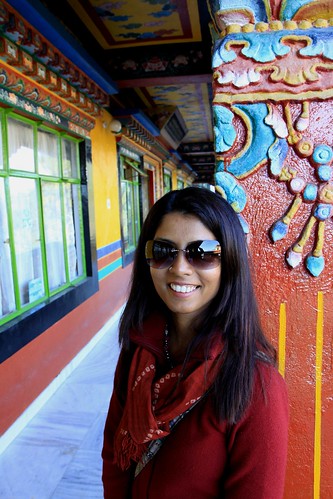