Guru Rinpoche, who introduced Buddhism to Sikkim, had blessed Tashiding as the land’s spiritual center. It lies between the Rathong and Rangit rivers.

This monastery, belonging to the Nyingmapa sect of Tibetan Buddhism, is considered to be one of the holiest monasteries in Sikkim. 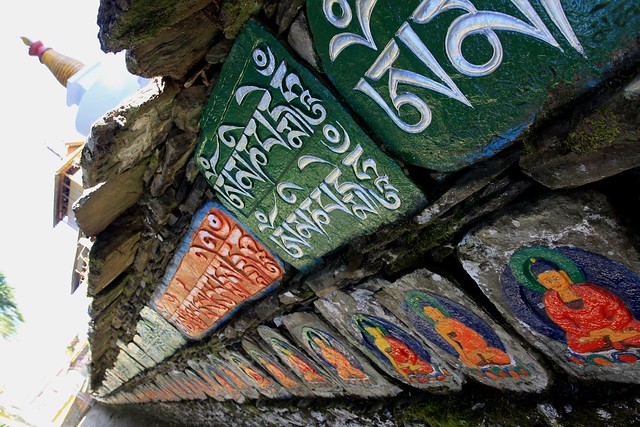 Mani wall outside the Gompa complex

Tashiding, which literally translates to ‘The devoted central glory’, was founded in 1641 by Ngadak Sempa Chempo Phunshok Rigzing. Ngadak was one of the three wise men who held the consecration ceremony of the first King of Sikkim at Yuksom. 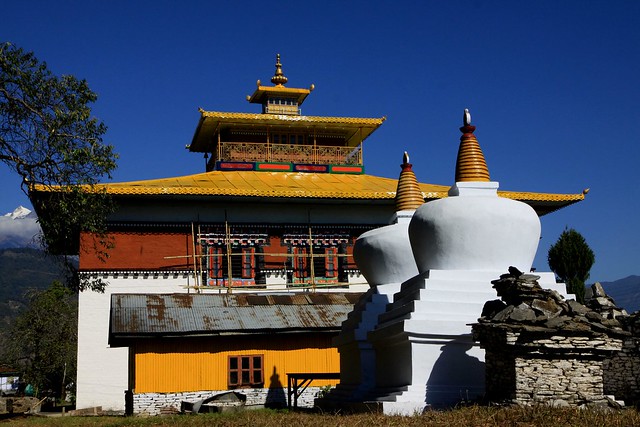 The ‘Chorten Area’ within the gompa complex houses 41 chortens belonging to Rinpoches and Tathagatas. 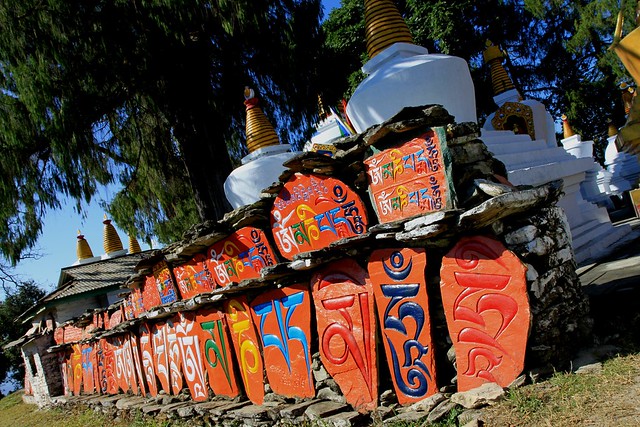 Mani wall outside the Chorten Area 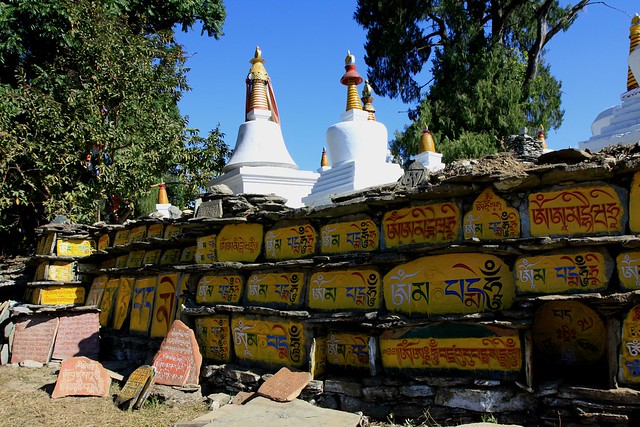 Mani wall outside the Chorten Area

Yuksom, the first capital of Sikkim, was established in 1642 AD by Phuntsog Namgyal (first Chogyal of Sikkim). The Chogyals ruled for a total of 333 years.

This is the coronation site of the first monarch of Sikkim. 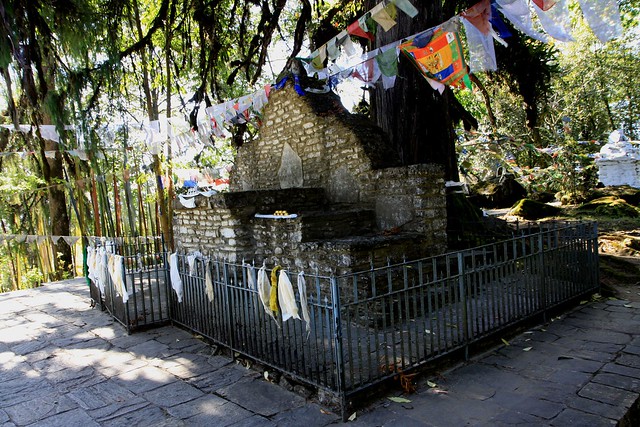 This monastery belonging to the Nyingmapa sect of Tibetan Buddhism was the first monastery established by the Namgyals. 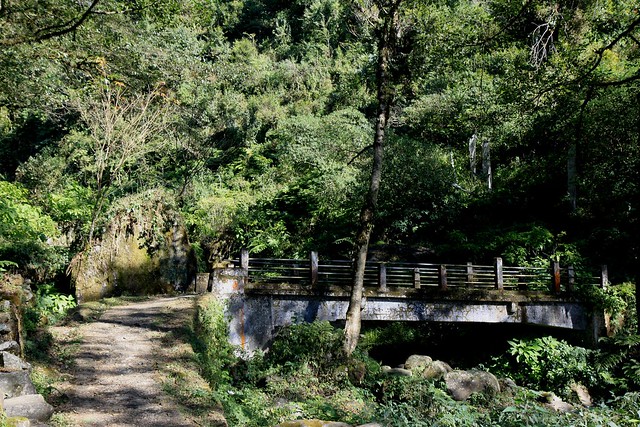 Road leading to the monastery 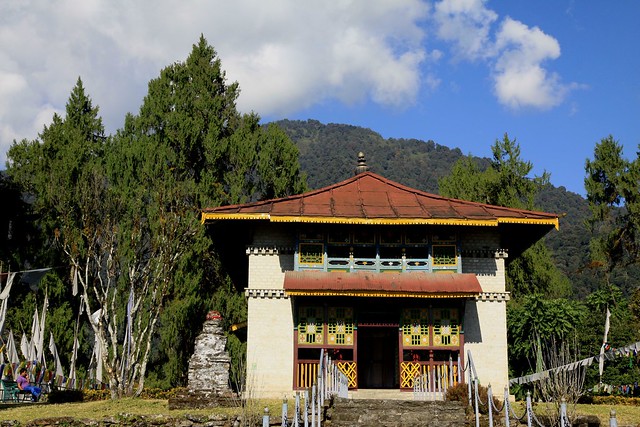 This lake, part of the Western Sikkim Buddhist pilgrimage circuit, is considered to be sacred by both Buddhists and Hindus. 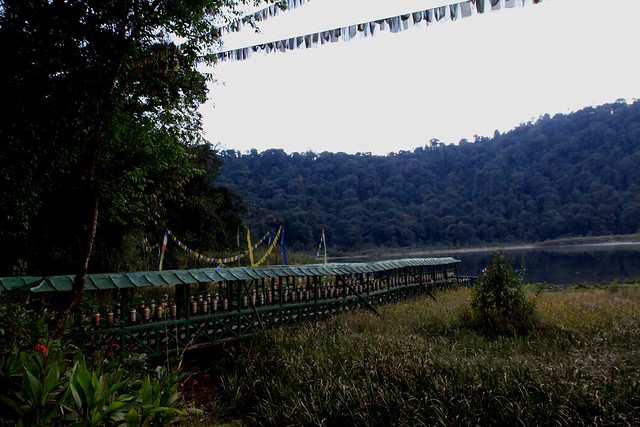 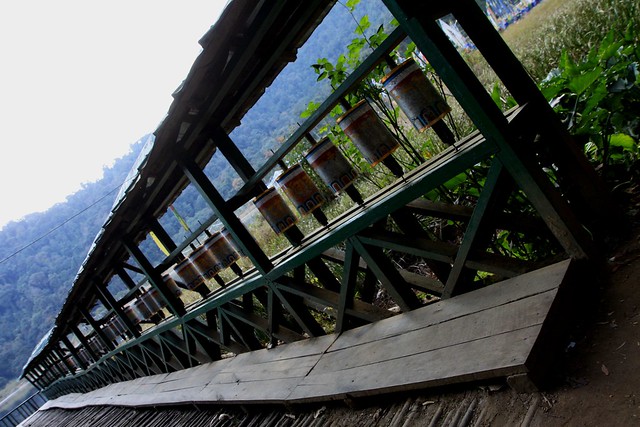 Prayer wheels along the ramp leading to the lake 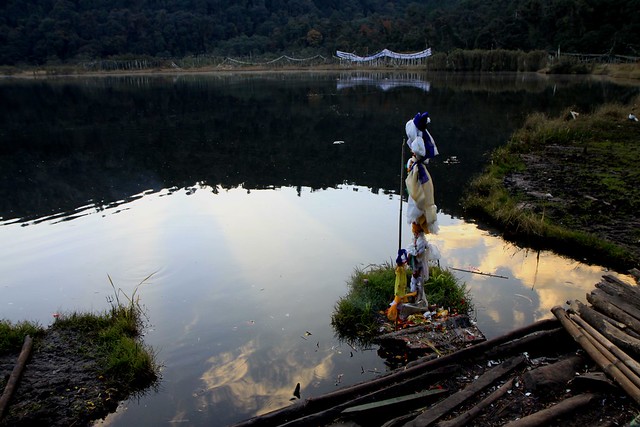