Thanjavur, named after the legendary asura ‘Tanjan’, is one of the oldest cities in India and rose into prominence during the rule of the Later Cholas when it served as their capital. It is home to the Brihadisvara Temple (Periya Kovil) dedicated to Lord Brihadisvara, an incarnation of Shiva.

This temple is part of the Great Living Chola Temples, a World Heritage Site recognized by UNESCO. 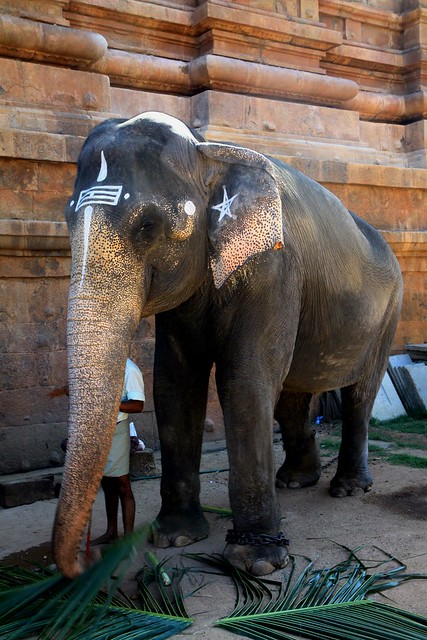 This temple was built by the Chola king Rajaraja I in the 10th Century AD. 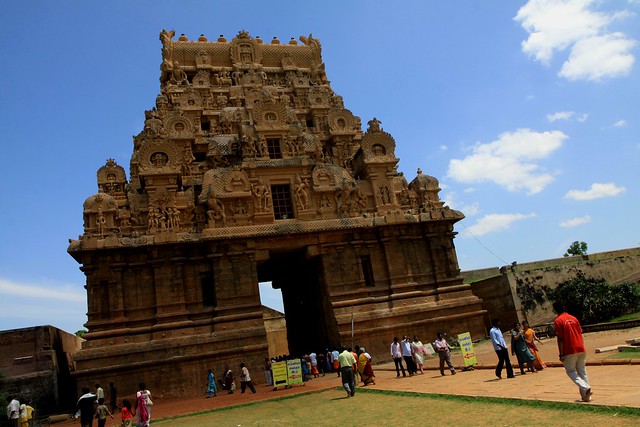 This temple is an example of the architectural heights achieved by the Cholas. 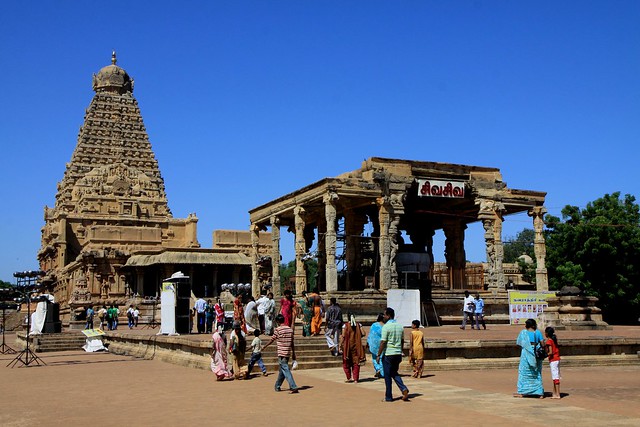 View of the Vimana and Nandi Mandapam from the Rajarajan Gateway

The Nandi enclosed within the Mandapa is a 12 feet high monolith weighing 25 tons. 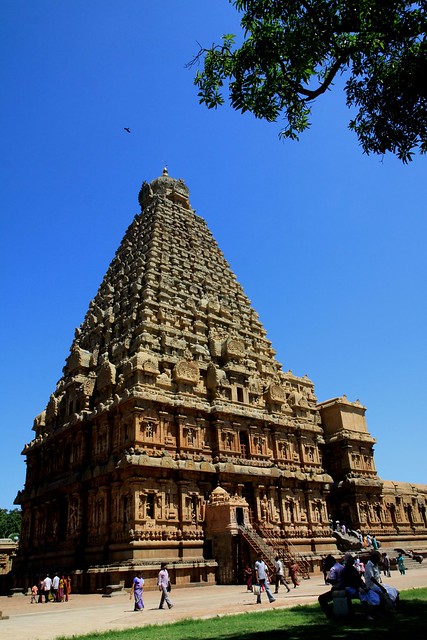 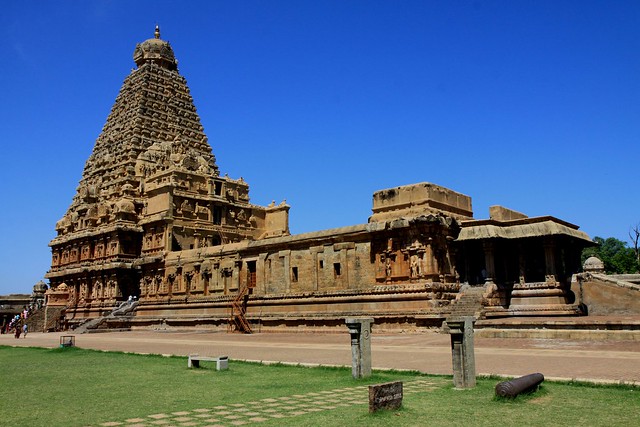 View of the massive 16 level, 63 m high Sri Vimana from the grounds

The Aradhana Mandapam, which runs along the complex walls, has its walls covered with frescos from the Nayanaka Period. 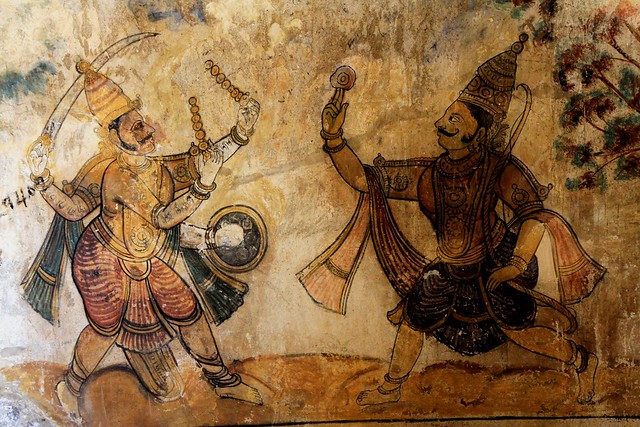 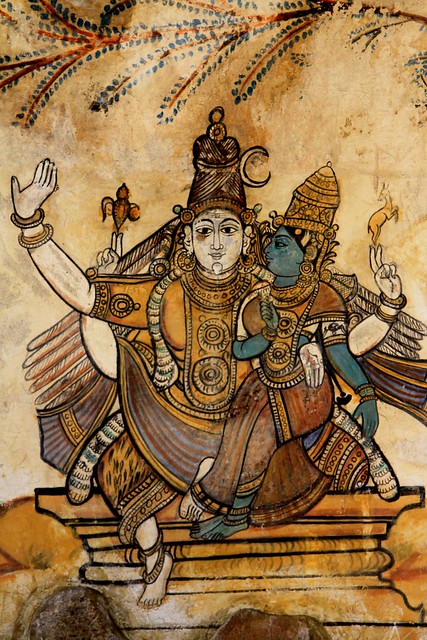 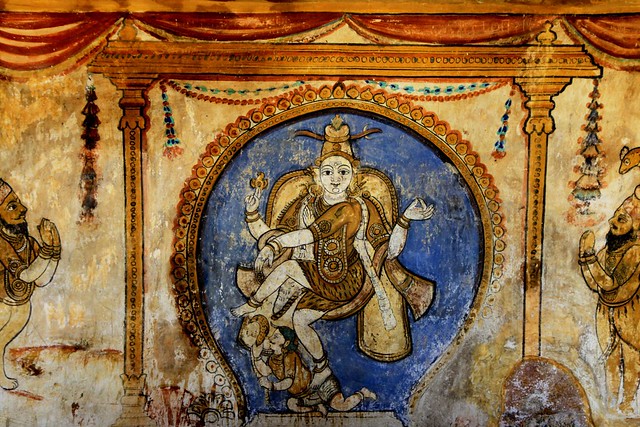 These frescos were actually painted over the ones painted during the Cholas . Some of the original Chola frescos have been detached from the walls and displayed in the Interpretation Center housed within the Aradhana Mandapam. 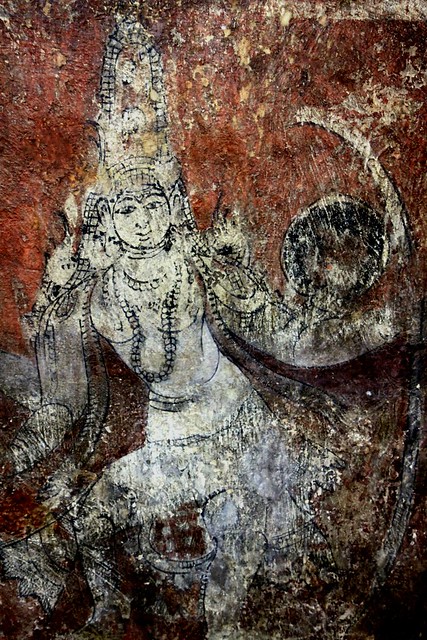 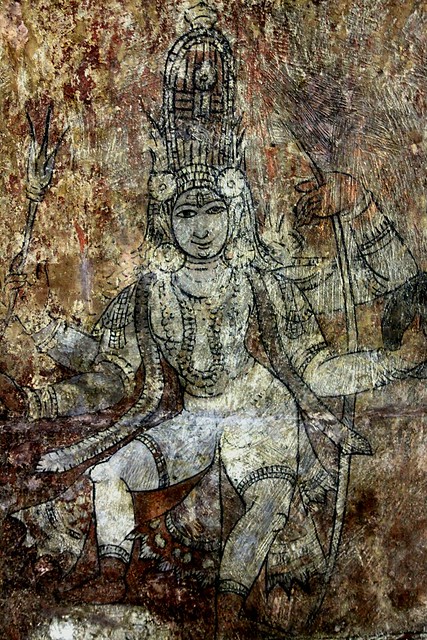 Chandeeswara, the chief of Shaiva devotees, is usually assigned a shrine in every Shiva temple. 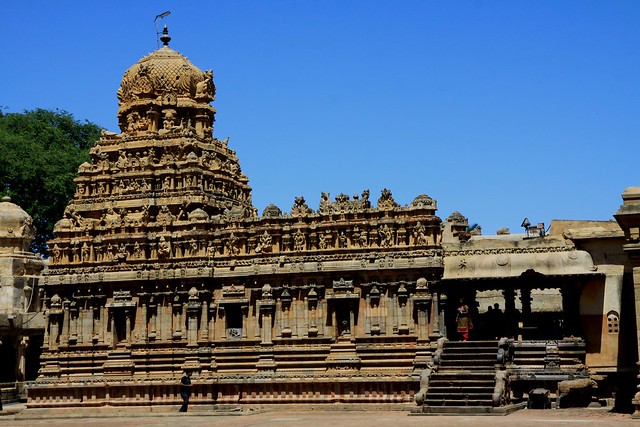 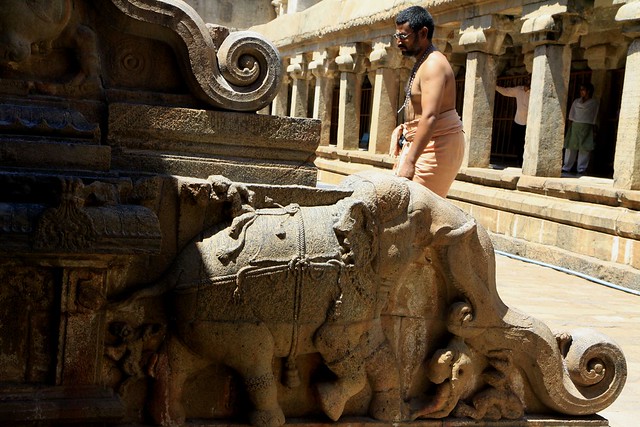 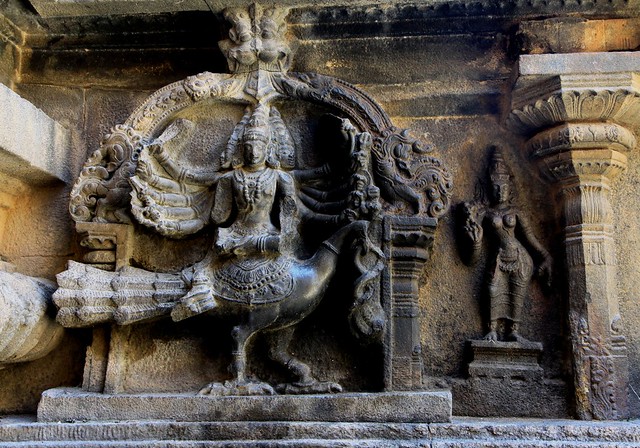 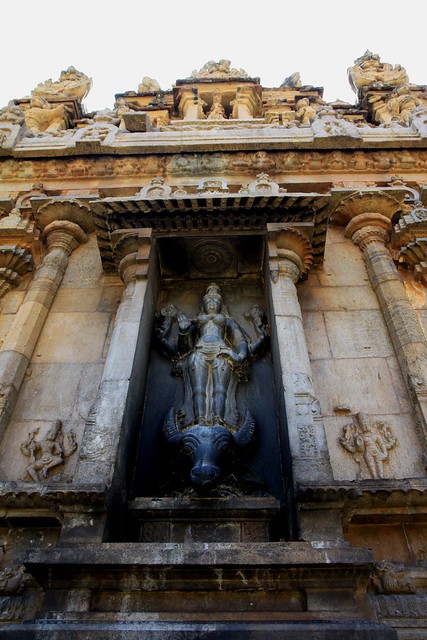 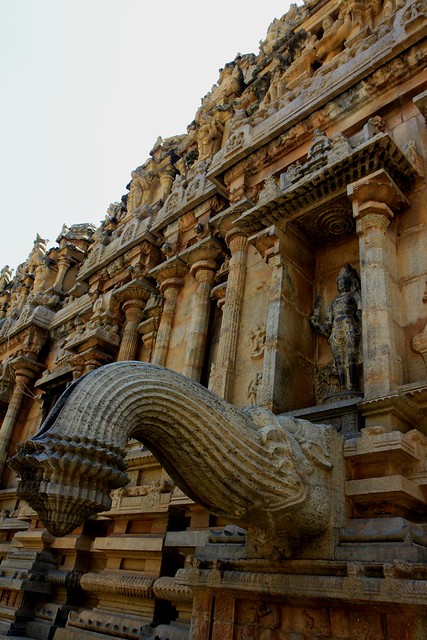 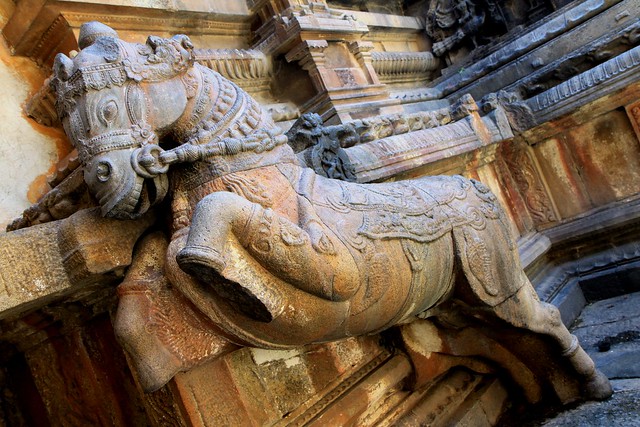