The Mamallapuram Five Rathas, part of the Group of Monuments at Mamallapuram, are monolithic shrines carved during the reign of King Mahendravarman I and his son Narasimhavarman I.

These temples, dedicated to the five Pandava brothers and their wife Draupadi, have been intricately carved by the artisans. 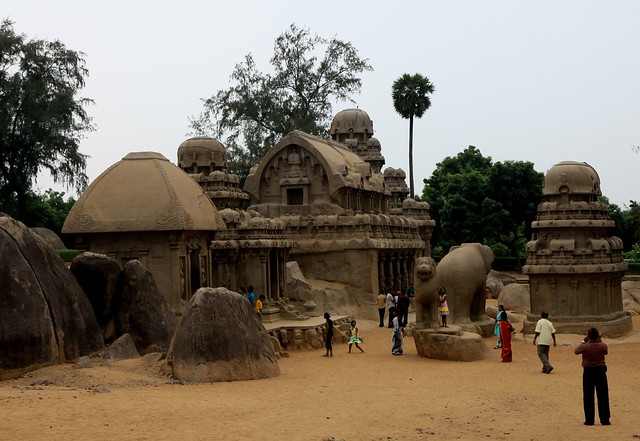 Each of these temples is a monolith, carved from a rock of pink granite. The temples were never finished, as a result never used for worship.

Draupadi Ratha, the smallest ratha, is shaped like a bangla hut. 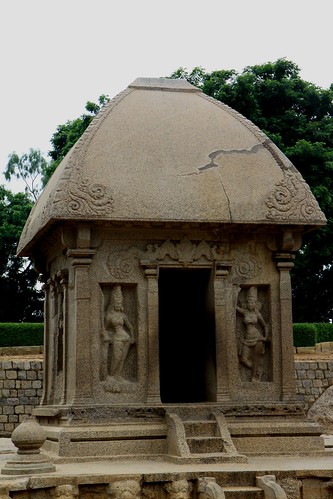 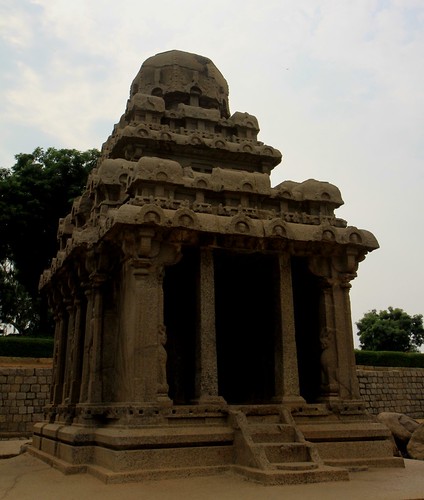 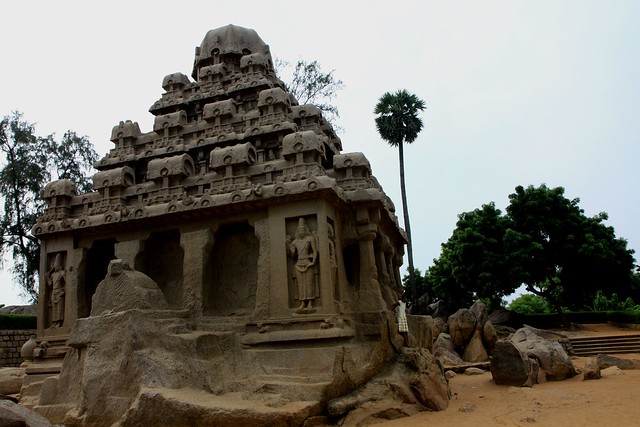 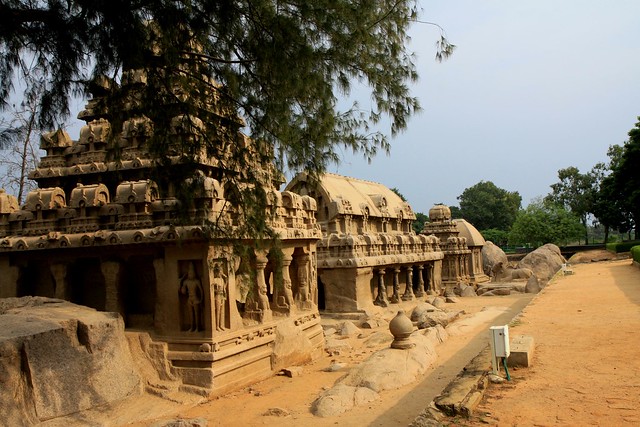 View from the far end of the complex 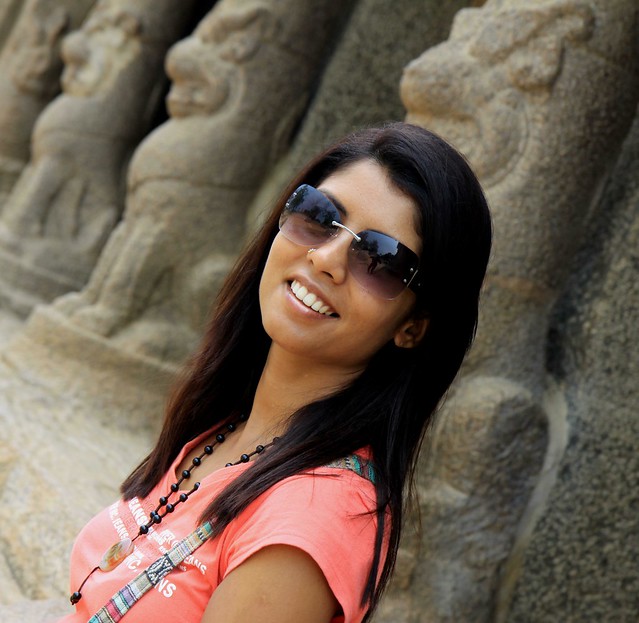 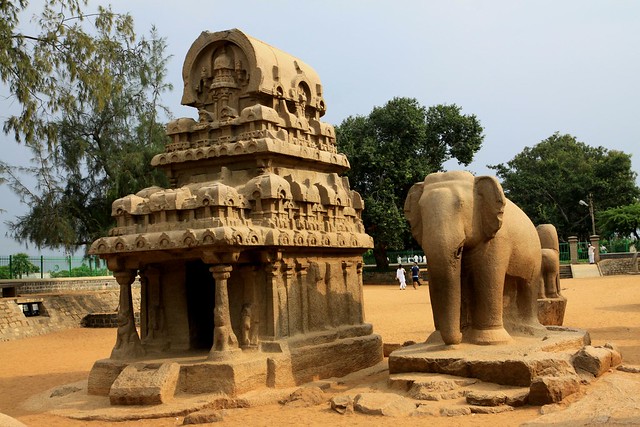 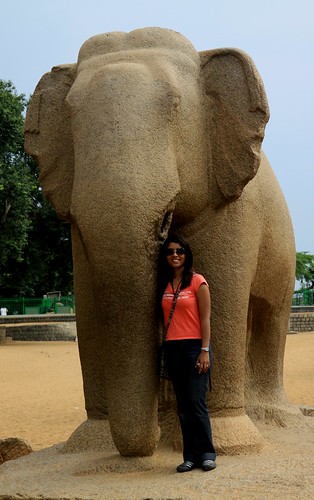