Mamallapuram, a 7th century port city of the Pallava dysnasty, is about 60 km south of Chennai. The historic monuments built by the Pallavas between the 7th and the 9th centuries have been classified as a UNESCO World Heritage Site. 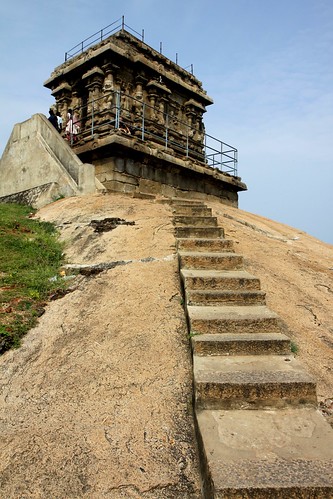 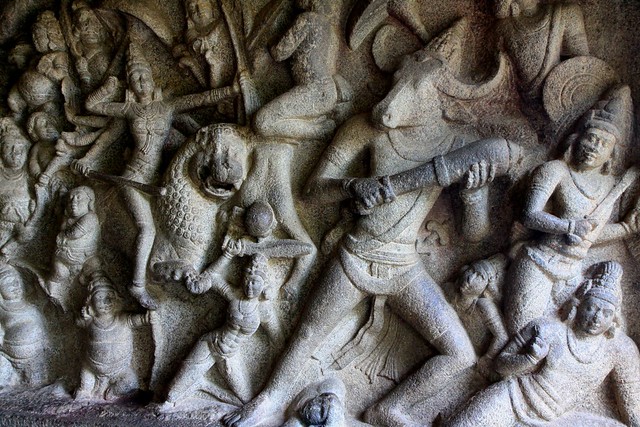 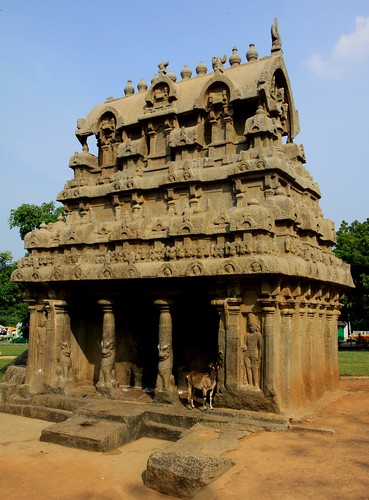 This rock-cut cave, dating back to the 7th century, has a stone panel depicting Varaha, Vishnu’s avatar as a boar, holding up Bhudevi, the earth goddess. 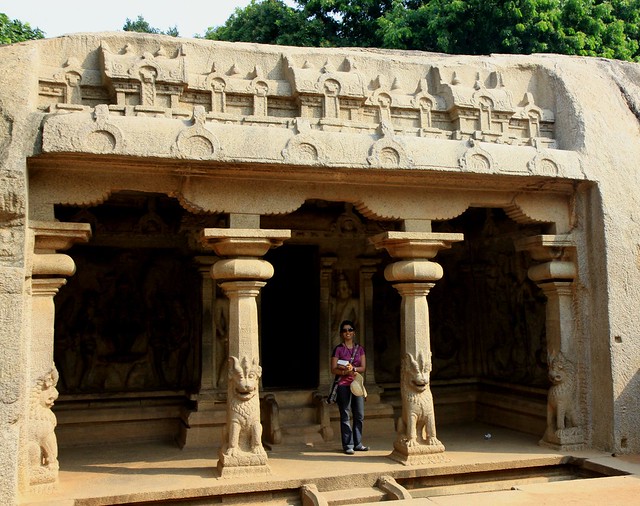 This giant rock, perched on a slope, defies all laws of physics. Or at least that is what the locals would have you believe . If anything it provides a good place to take a break from the afternoon sun. 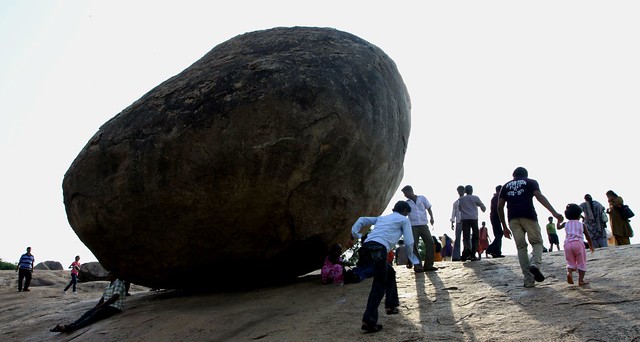 Located north of the Butter Ball, this cave honors the Hindu Trinity of Brahma (creator), Vishnu (preserver) and Shiva (destroyer). 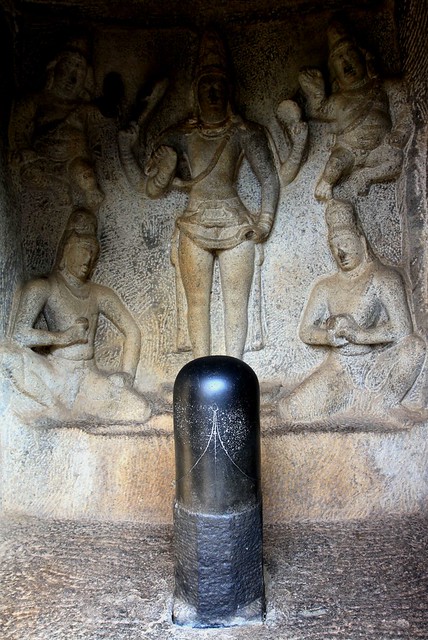 Sculptures inside the cave

Measuring 96 feet by 43 feet, Arjuna’s Penance is an open air relief carved out of a monolithic rock. It actually depicts the stories of ‘Arjuna’s Penance’ and ‘The descent of the Ganges’.

In one section of the sculpture, Arjuna performs a ‘tapas’ so that he can receive a boon (Pasupata) from Shiva as an aid in the Mahabharata war. 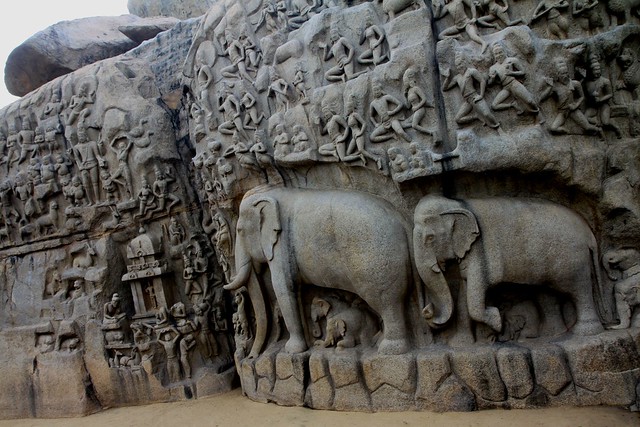 The descent of the Ganges

As per the Puranas, King Bhageeratha had to perform a 1000 year tapas in the Himalayas before Lord Brahma agreed to send the river Ganges to earth. The central section of the sculpture depicts the descent of Ganga from the heaven, with Lord Shiva breaking Ganga’s fall. 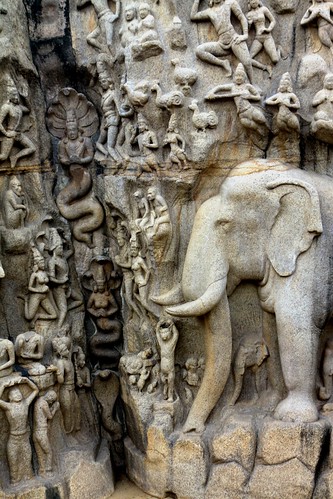 Descent of the Ganges

This is the largest of the mandapams in Mamallapuram and is dedicated to Lord Krishna. 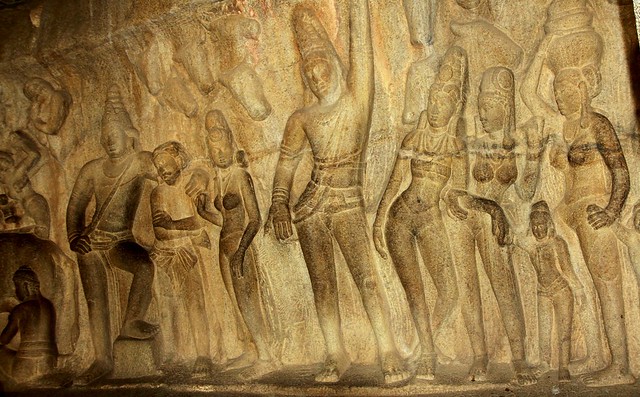 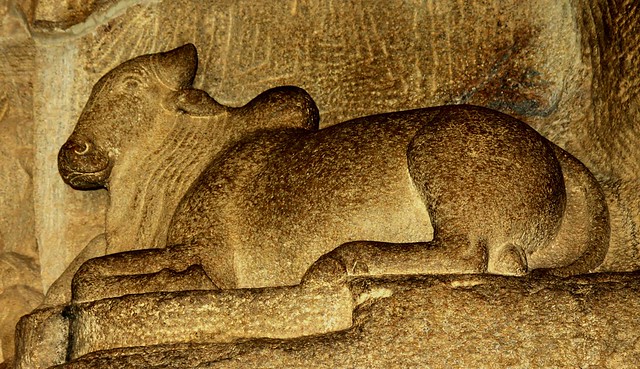 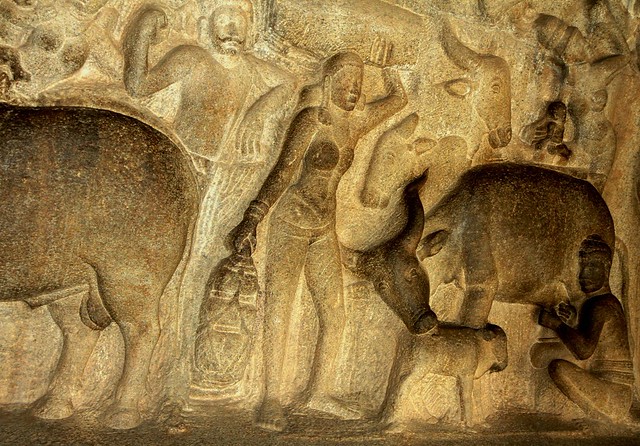