Airatesvara temple, located in Darasuram near Kumbakonam, was built by Rajaraja Chola II in the 12th Century AD. 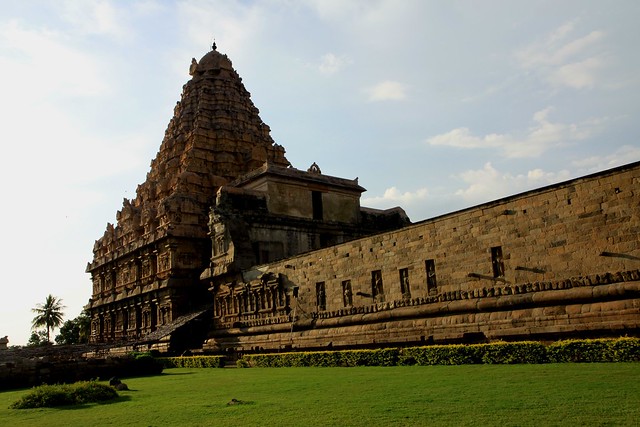 This temple along with the Brihadisvara Temple at Thanjavur and the Gangaikondacholisvaram Temple at Gangaikonda Cholapuram are collectively known as the Great Living Chola Temples, which have been recoginized by UNESCO as a World Heritage Site. 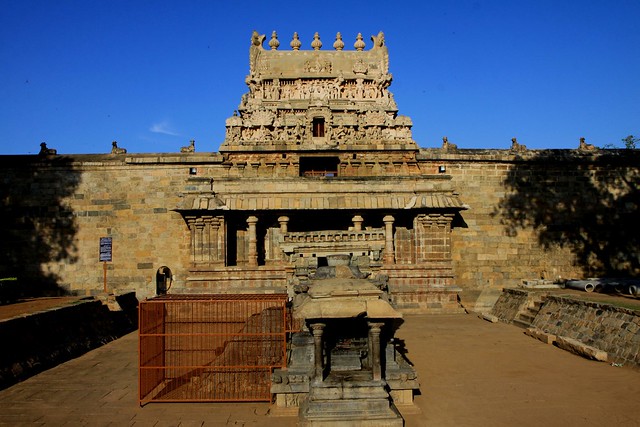 The steps, in the fenced enclosure, produce musical notes when tapped. 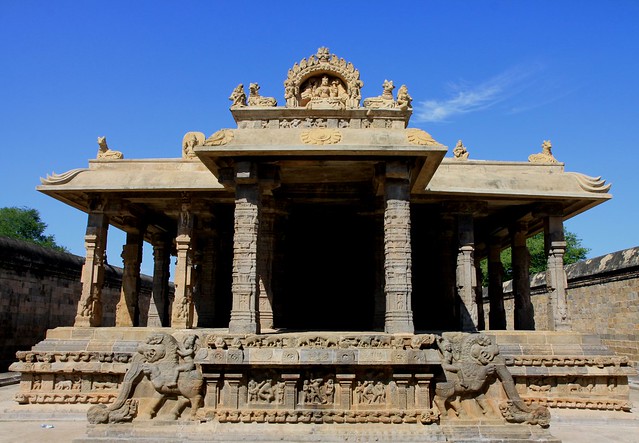 This temple is dedicated to Lord Shiva. Airavata, Lord Indra’s elephant with four tusks and seven trunks, was cursed by Sage Durvasa for disrespecting him. As a result the spotless white elephant ended up with skin discoloration, which was cured only after Airavata took a dip in the sacred waters of this temple. The temple and the presiding deity derive its name from this incident. 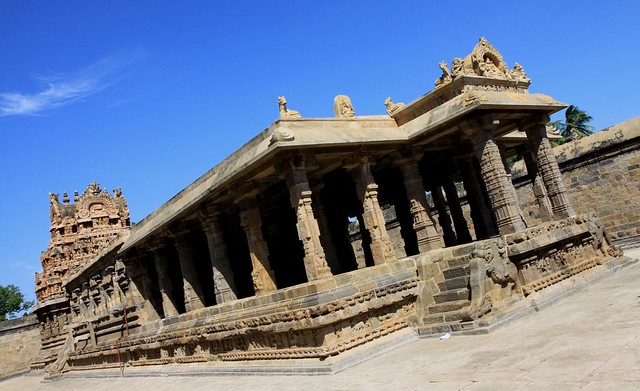 Yalis are mythical creatures often sculpted on the pillars of Hindu temples, particularly in South India. Yalis have the trunk of an elephant, body of a bull, head of a lion, horns of a ram, and the ears of a pig. 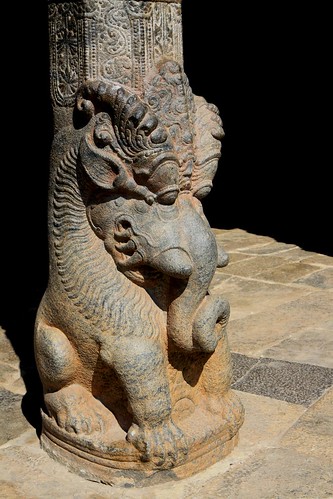 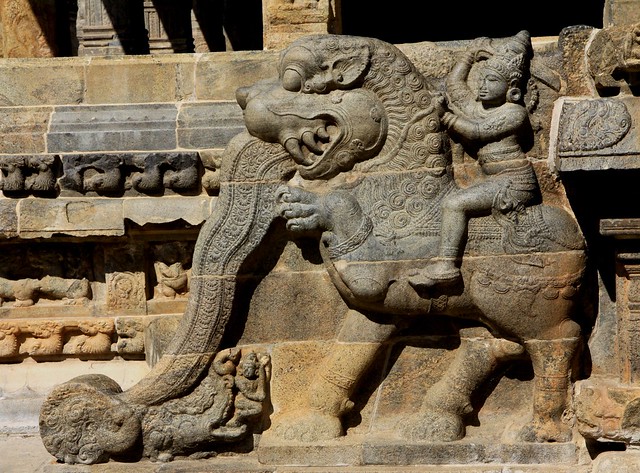 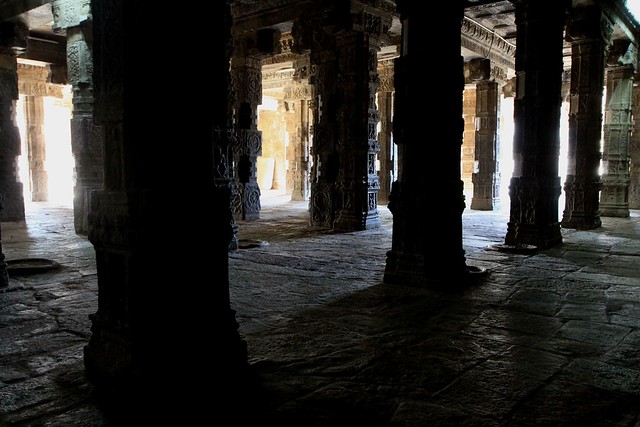 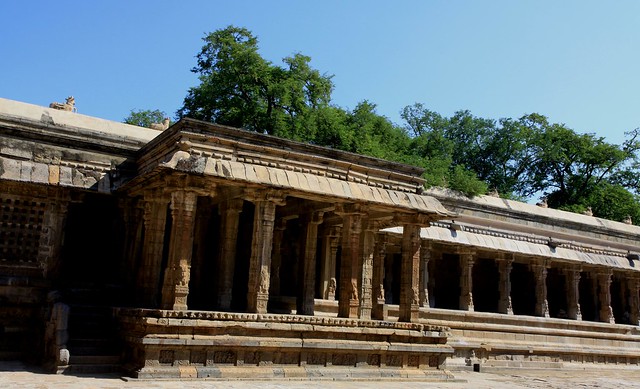 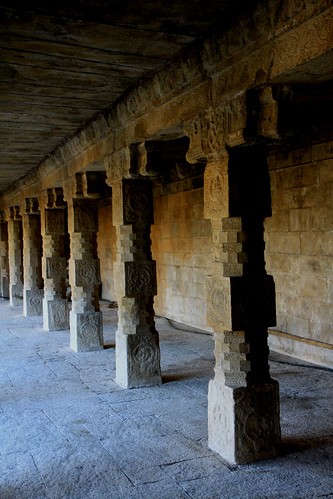 Although this temple is much smaller than the other two temples belonging to the group of Great Living Chola Temples , its sculptures are a lot more intricate. 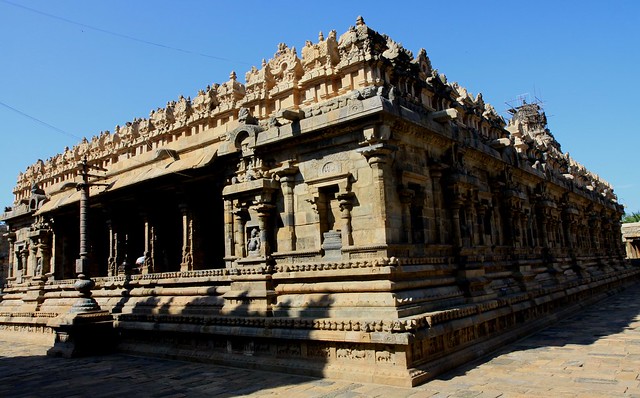 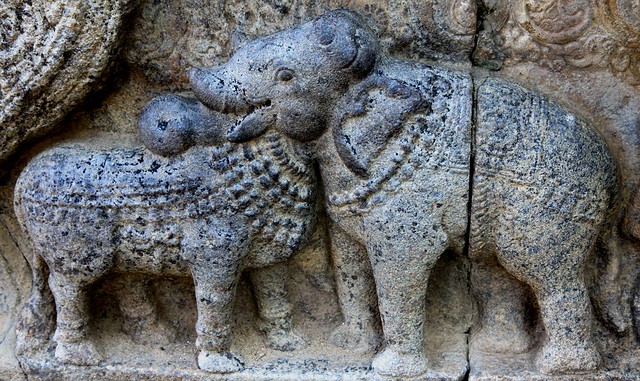 Is it a Bull or an Elephant? 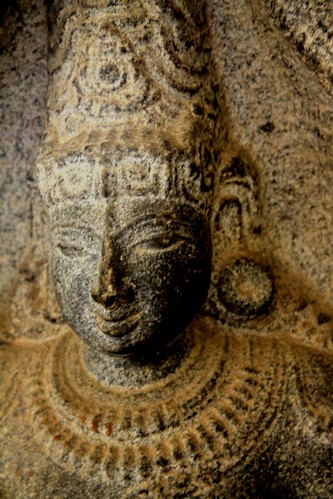