The Chidambaram temple, dedicated to Lord Nataraja (Lord Shiva in the form of a cosmic dancer), is a major pilgrimage site for both Shaivites and Vaishnavites since it is one of the few temples where both Shiva and Vishnu have been enshrined. 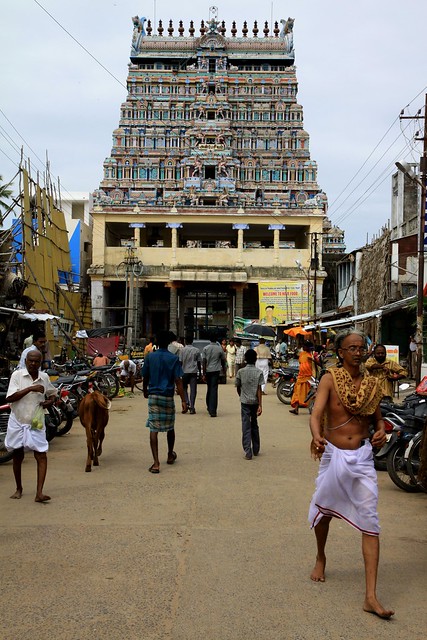 Walking towards to temple

It is also known Kanaka (Golden) Sabha, one of the five sabhas (Dancing Halls) of Nataraja. 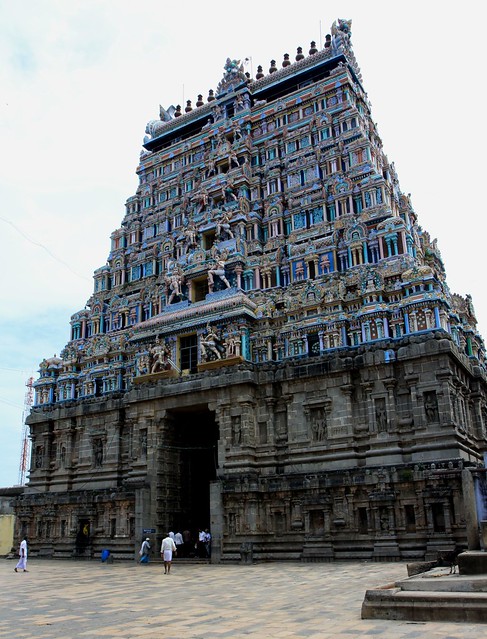 Devotees believe that the holy water of the Siddhamirtham Tank has the power to heal diseases. 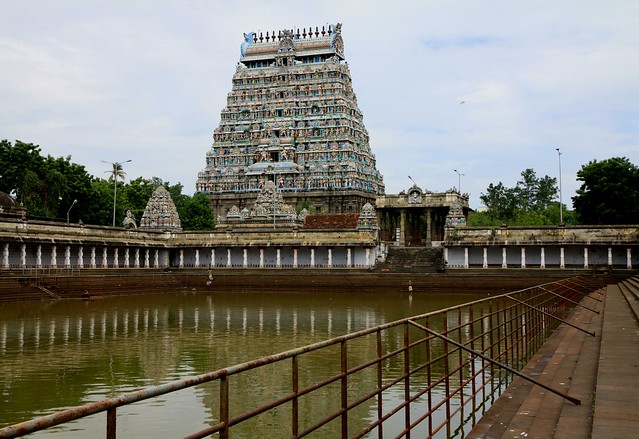 The temple complex spreads over 40 acres in the heart of the city. The temple’s earliest structures were designed and constructed by ancient craftsmen known as Perumtaccan. 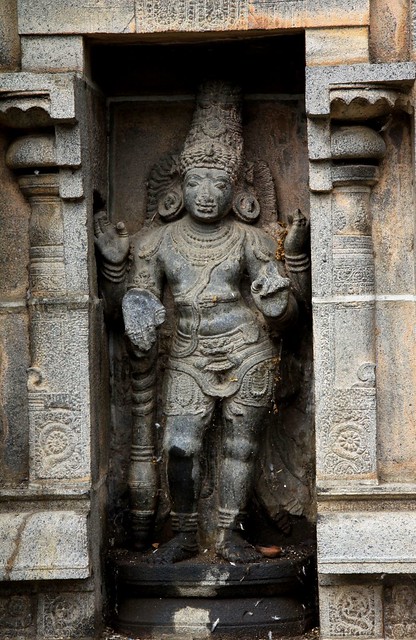 The Temples at Kalahasti, Kanchipuram and Chidambaram are along a straight line at 79′ 45″ East longitude – an engineering, astological and geographical wonder! 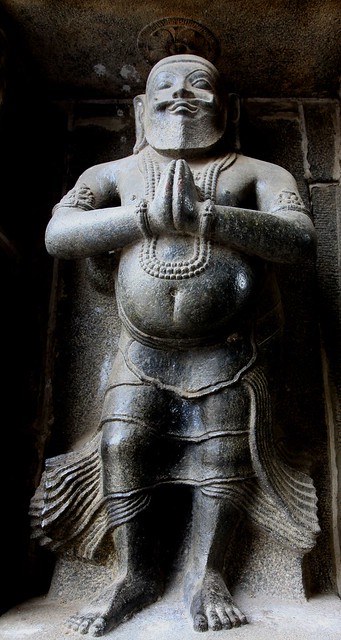 This temple, one of main shrines of Shiva worship since the classical period, has been through multiplerenovations by the Pallava, Chola, Pandya, Vijayanagara and Chera royals.