Located at Muttukadu, Dakshinachitra is a center for the living traditions of art, crafts and architectures of India with an emphasis on South India. The center occupies about 10 acres overlooking the Bay of Bengal. It was established in 1996 by the Madras Craft Foundation (MCF).

The center provides direct marketing opportunities for craftsmen through the craft bazaar. 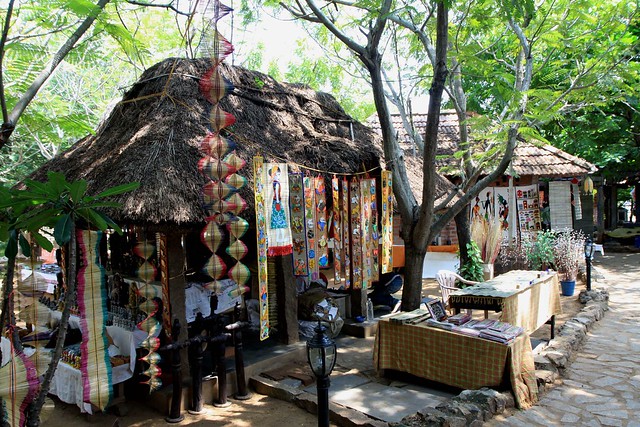 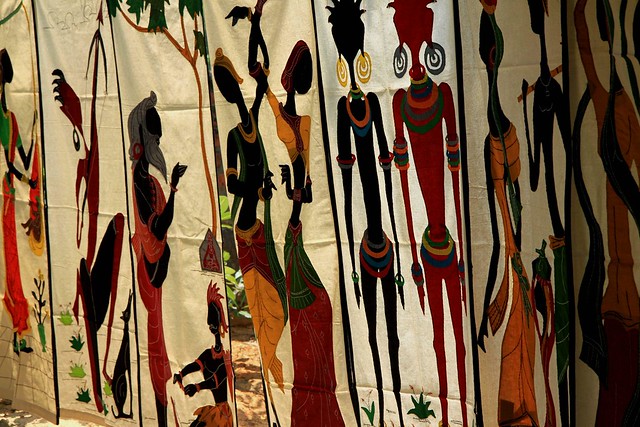 The center also allows visitors to interact with village artisans and watch folk performances set in an authentic ambience. 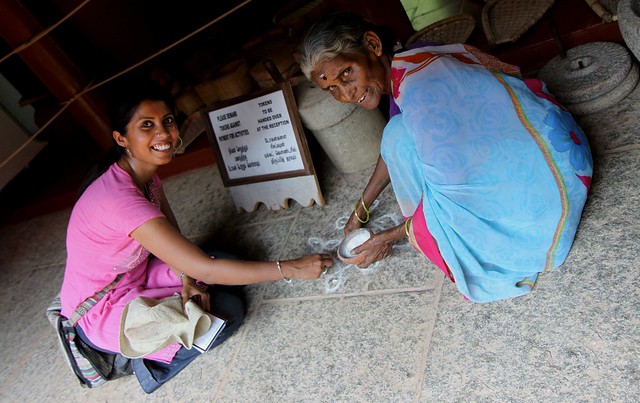 Savi trying her hand at Kolam

Kolam is drawn using rice powder by female members of the family in front of their homes. It is widely practised by Hindus in South India and are usually geometrical line drawings composed of curved loops, drawn around a grid pattern of dots. 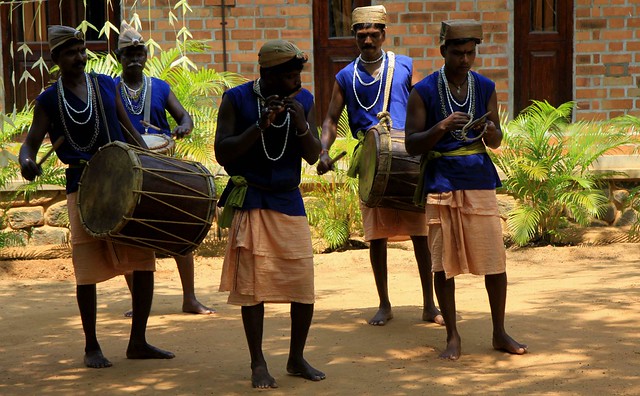 Koragas are a tribal group living in Karnataka. They have a unique drum beating folk dance to ward off evil and safeguard the forest ecology. 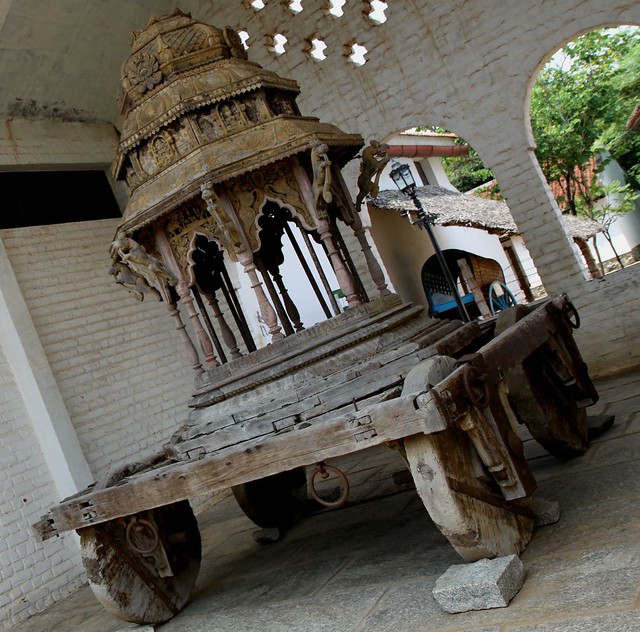 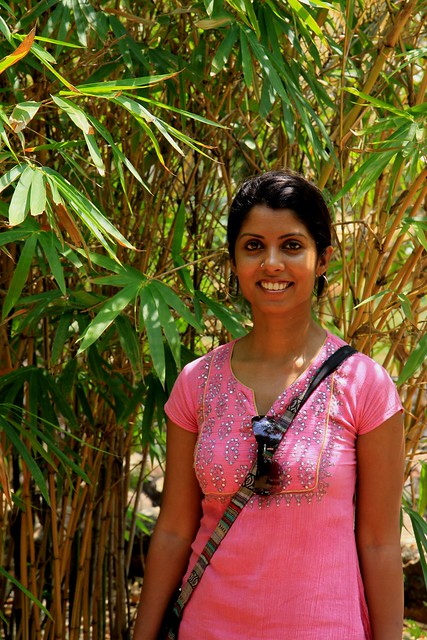 The center has transplanted 17 heritage houses from various parts of Southern India.

Chettinad is the home to the Nattukottai Chettiars , a prosperous banking and business community. 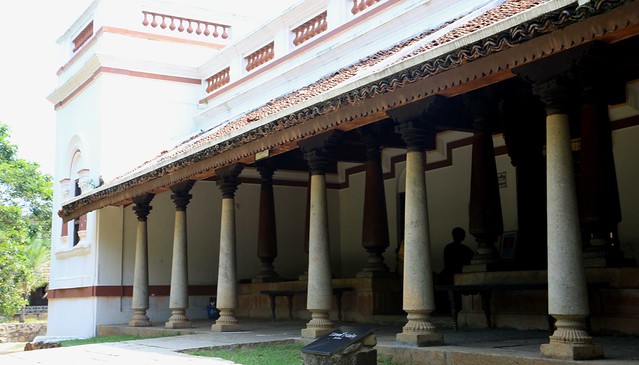 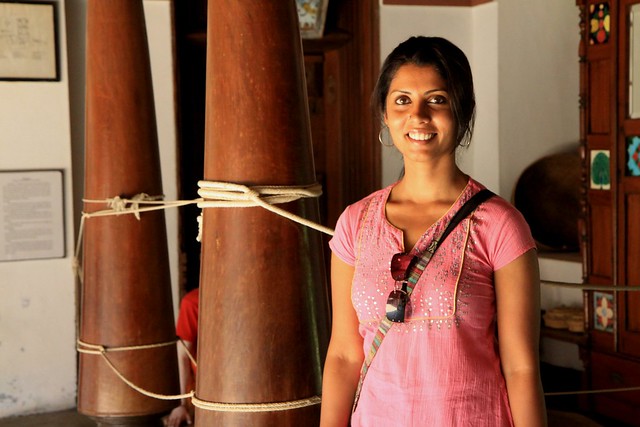 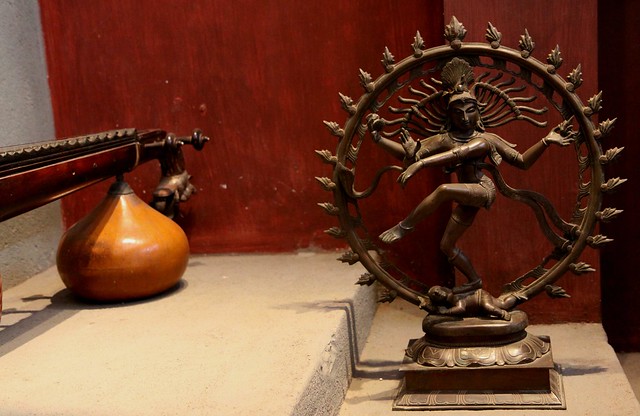 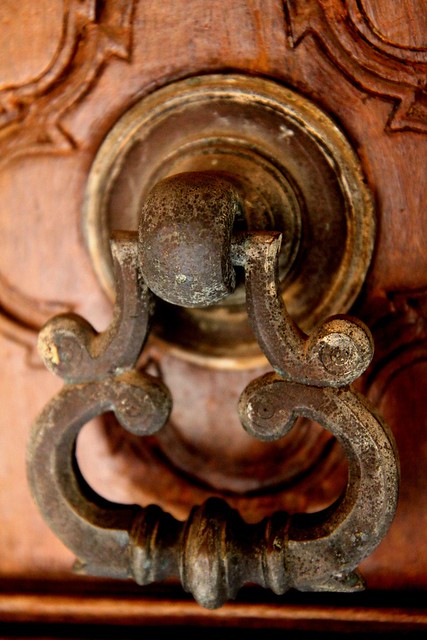 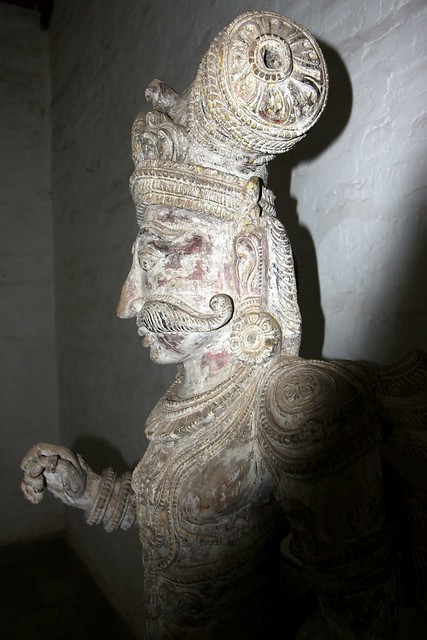 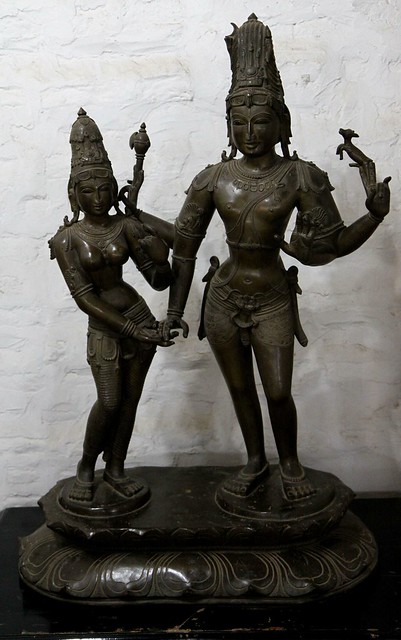 This wooden house is typical of houses in southern Kerala, where timber is the main building material. 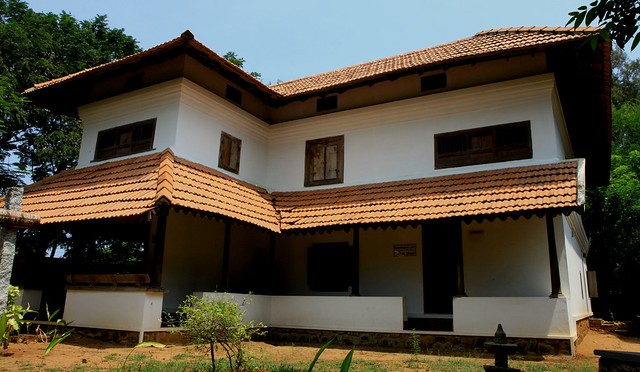 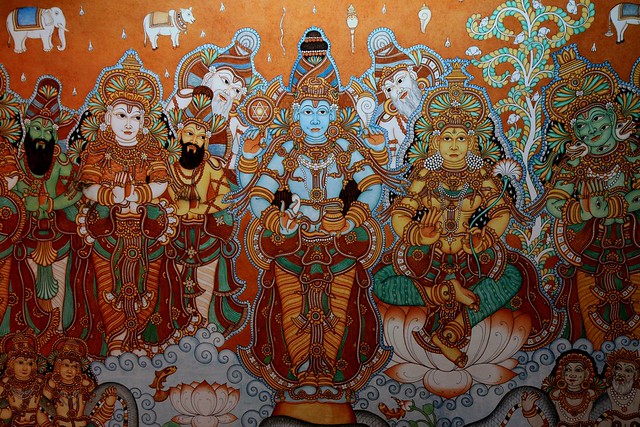 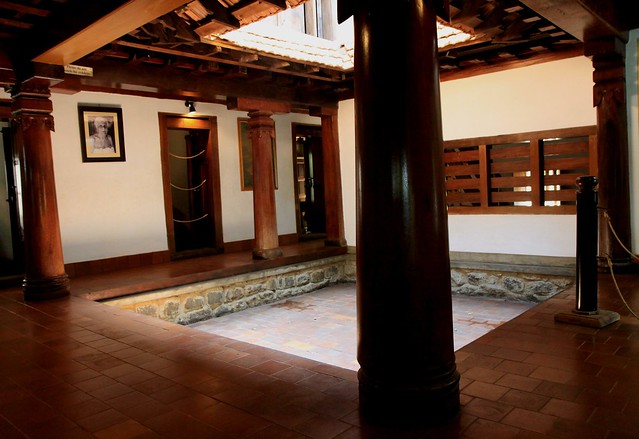 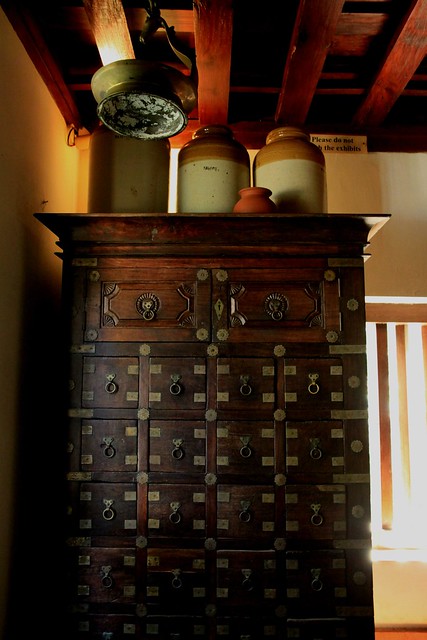 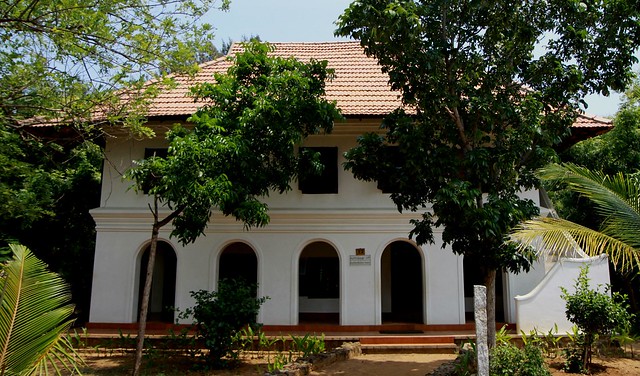 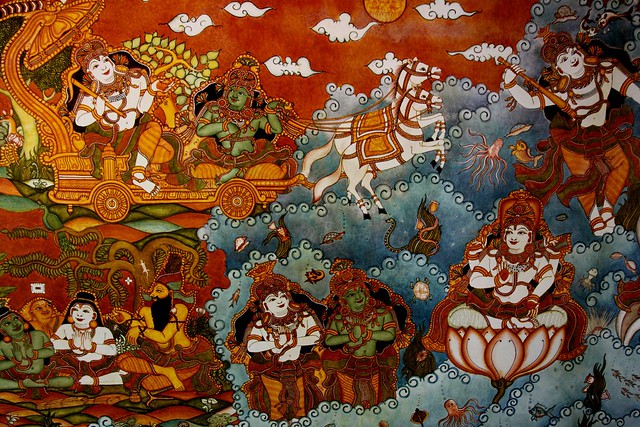 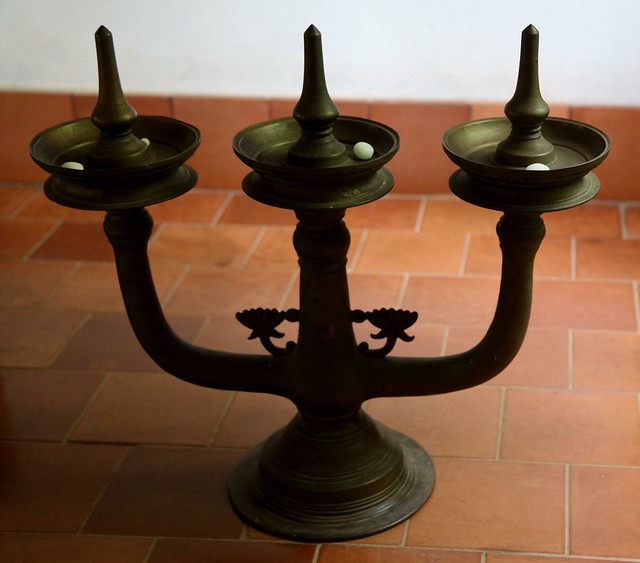 This house is representative of houses found in and around Kottayam, where the Syrian Christian community settled a few hundred years ago. 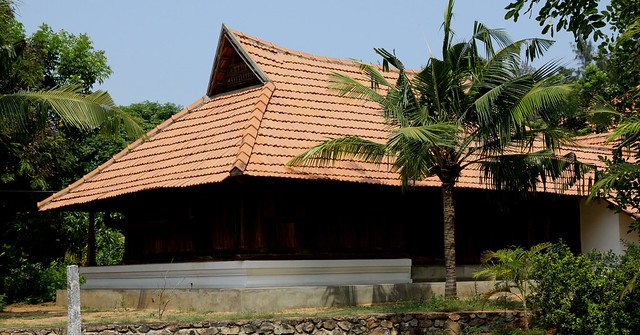 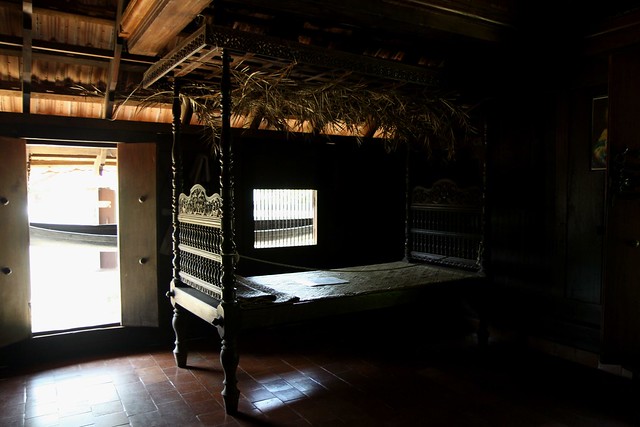 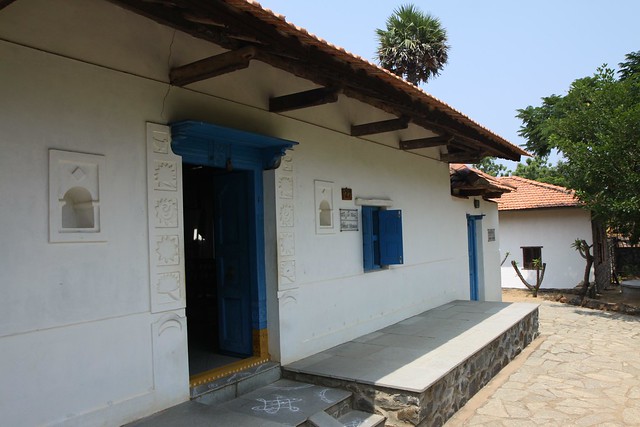 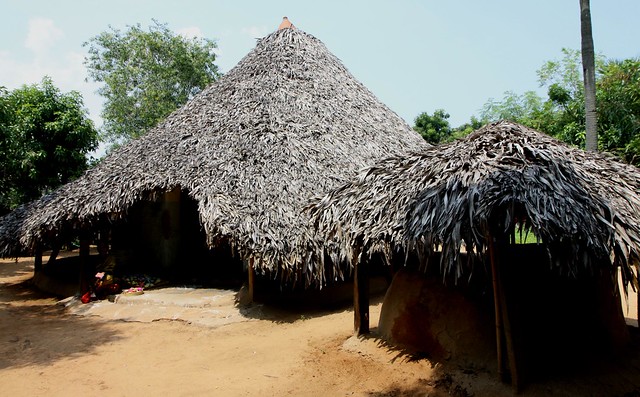 Open from 10 AM to 6 PM
Weekly holiday : Tuesdays.
Note : Open on all national holidays except for Diwali