Madurai the literary and cultural hub of modern Tamil Nadu, is home to the Sri Meenakshi Amman Temple Madurai dedicated to Lord Shiva and his consort Parvati who is also known as Meenakshi. 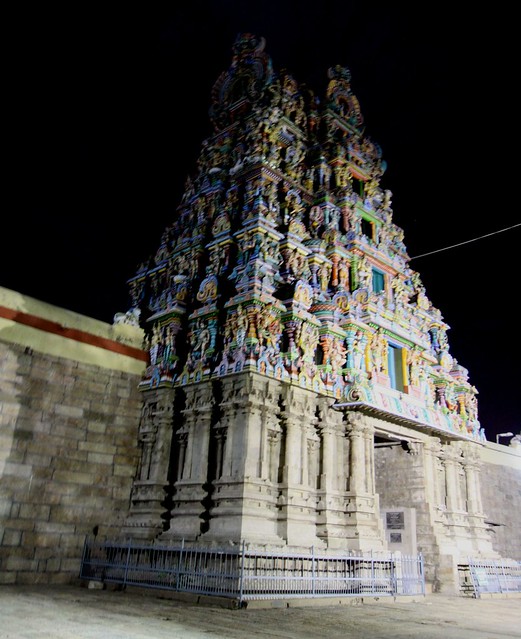 The temple is bound by a square outer wall with 12 gopurams (gates), with one major gopuram facing each of the four directions. 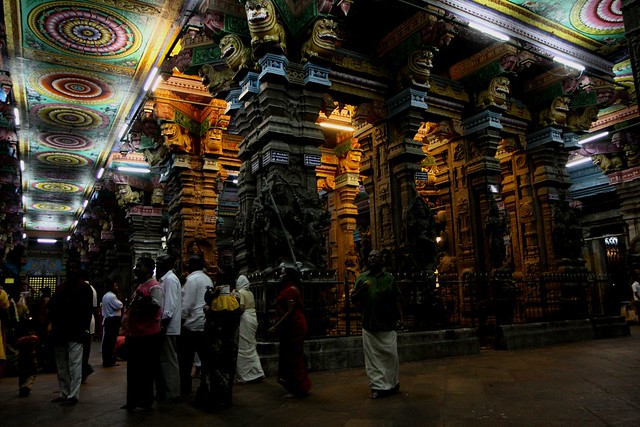 According to local legends, the sacred Suyambulingam discovered by Indira at Kadambavanam, was later enshrined by him in Madurai. 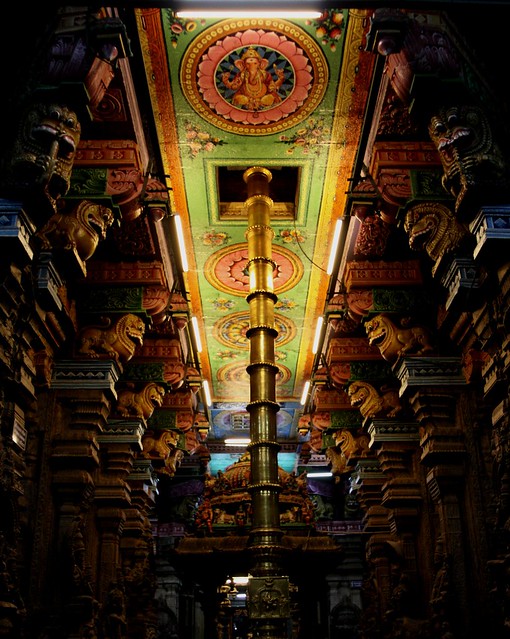 The name Meenakshi refers to the girl child which was born to a Pandyan king and his wife when they prayed for a son. The names means ‘Eyes like that of a fish’ which alludes to her beauty. She grew up to be a warrior who won many battles and conquered many lands till she reached Mount Kailash where she met Lord Shiva. 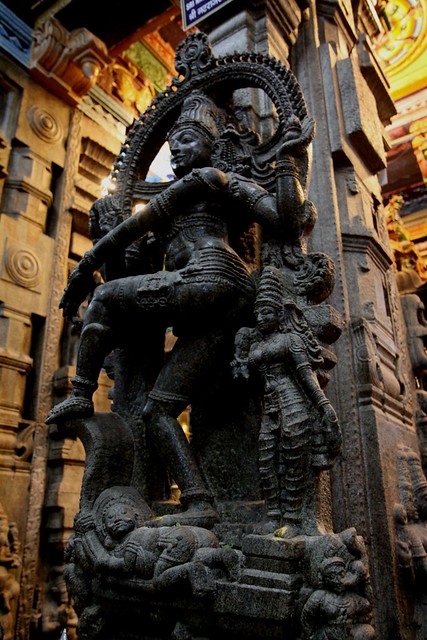 This is one of the more popular temples with about 20,000 people visiting it on a daily basis. 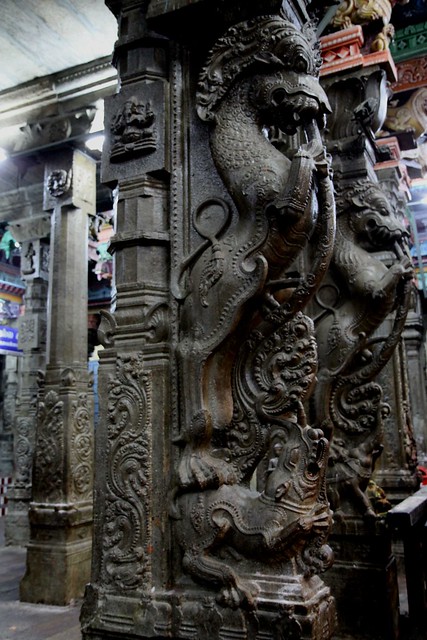 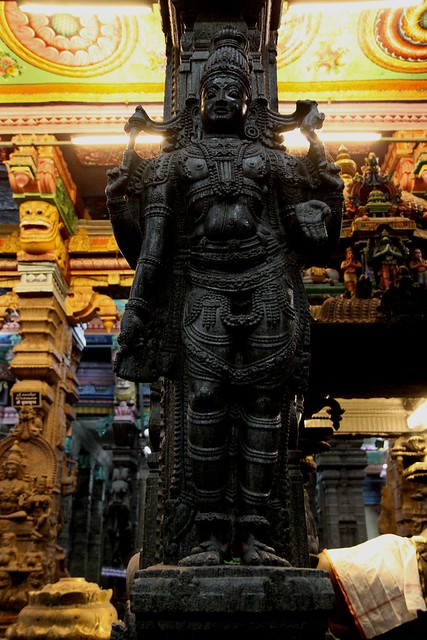