Sri Ramakrishna Math Chennai was established by Swami Vivekananda’s disciple Swami Ramakrishnananda in 1897. The Universal Temple was built so that followers of all religions could mediate in harmony. 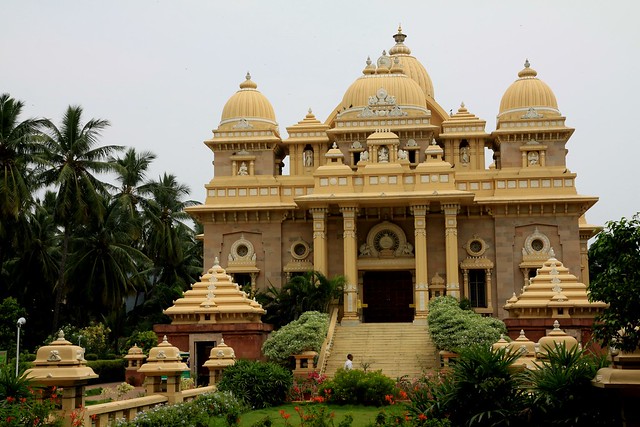 The architecture of this temple is an union of elements found in churches, cathedrals, and temples (Hindu, Buddhist and Jain). 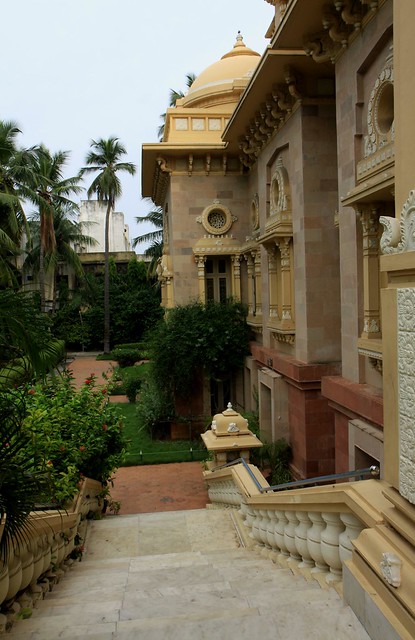 Exit to the courtyard

As per Swami Vivekananda’s wishes, Swami Ramakrishnananda came to Chennai in 1897. Initially he stayed at a rented house in Triplicane before moving to the Ice House. In the initial years, the Sri Ramakrishna Math Chennai was based out of the Ice House. In 1907 it shifted to a building in Mylapore, constructed on a plot gifted by Kondiah Chettiar, a close devotee of the Math.

The tranquil green grounds of the Ramakrishna Mutt are away from the din outside. 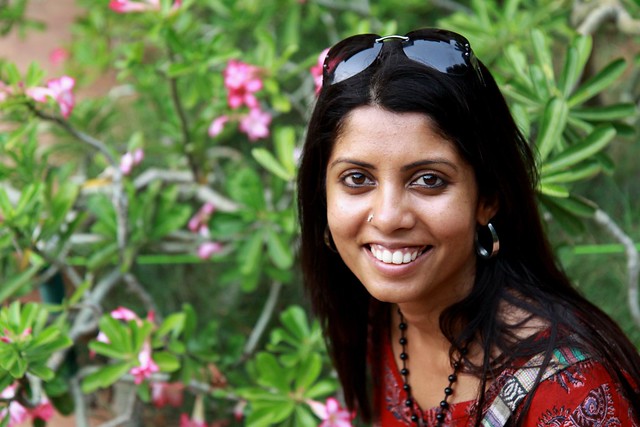 On the campus grounds