Fatehpur Sikri bears testimony to the unique architectural palaces of very high quality constructed between 1571 and 1585.

Jodha Bai was Akbar’s third wife and one of his three chief queens. The Jodha Bai’s palace shows Hindu influence and is built around a courtyard, with special care being taken to ensure privacy. 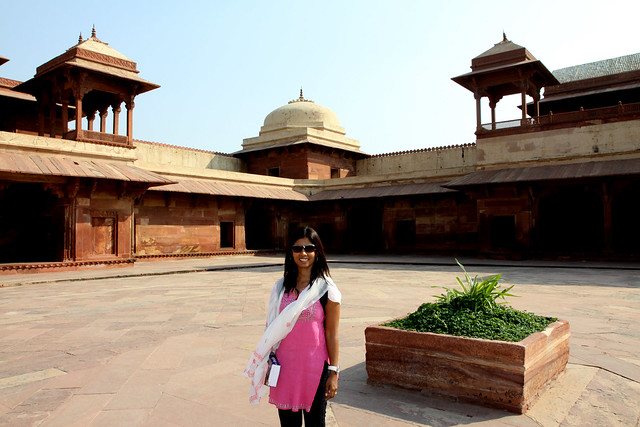 Birbal’s House stands near the northwest corner of Jodhbai’s palace. Notable features of the building are the horizontal sloping sunshades or chajjas and the brackets which support them. 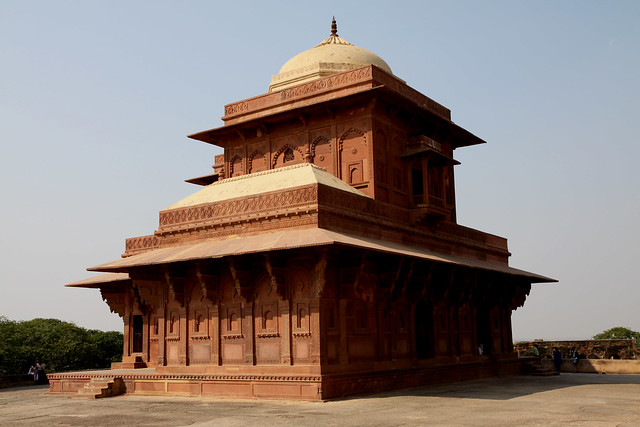 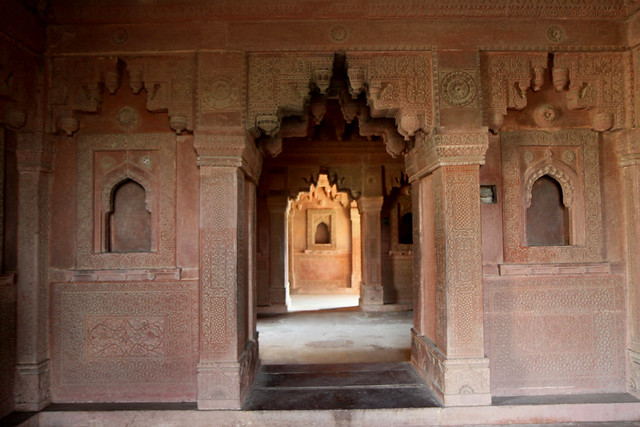 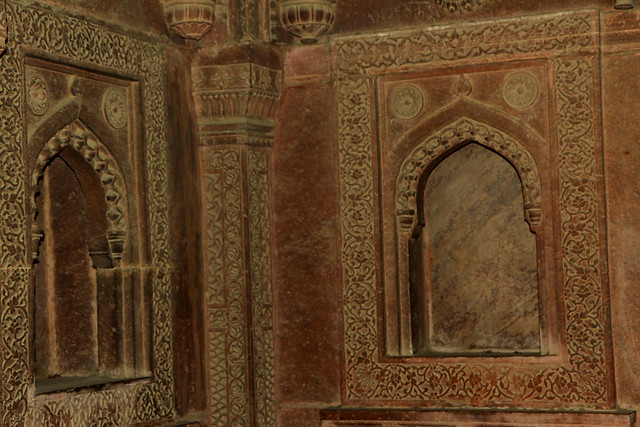 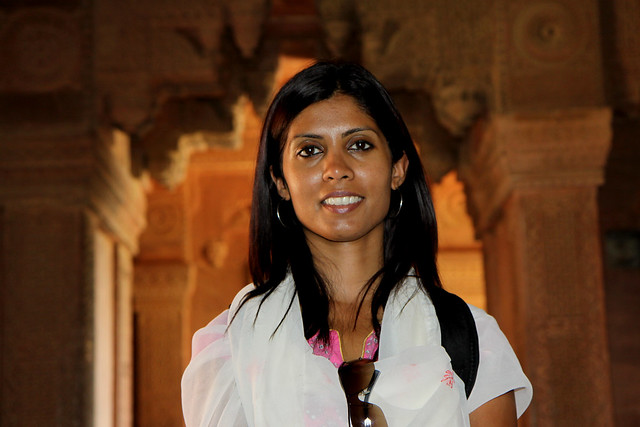 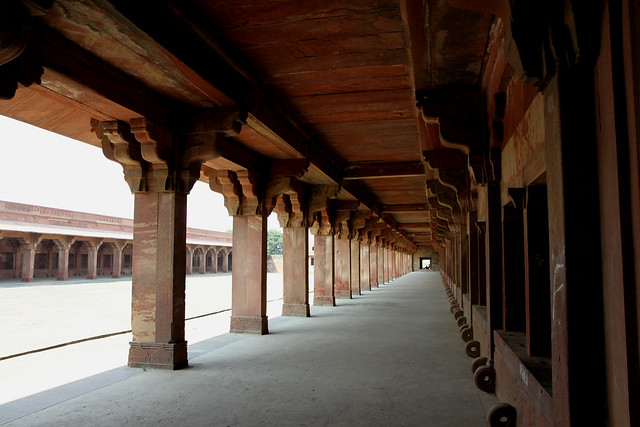 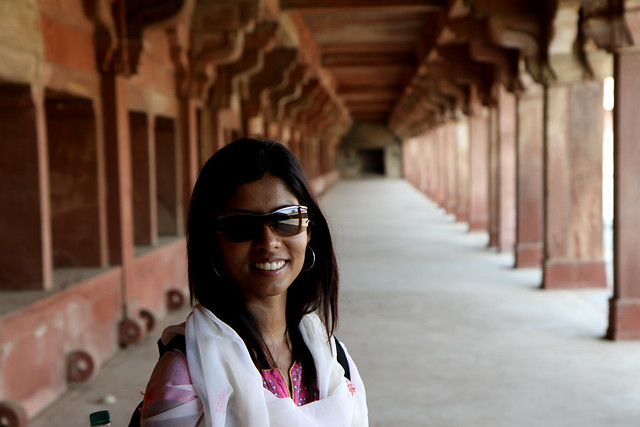 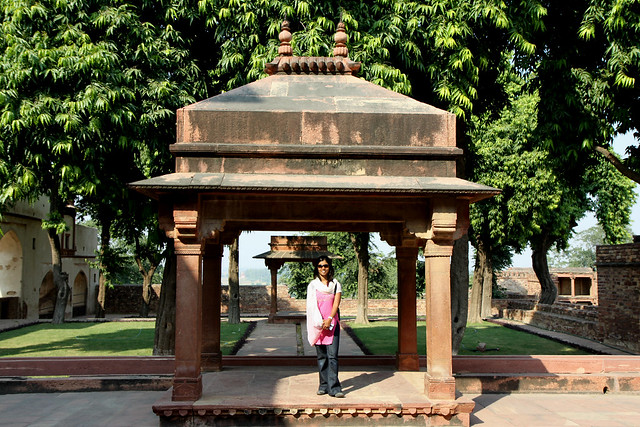 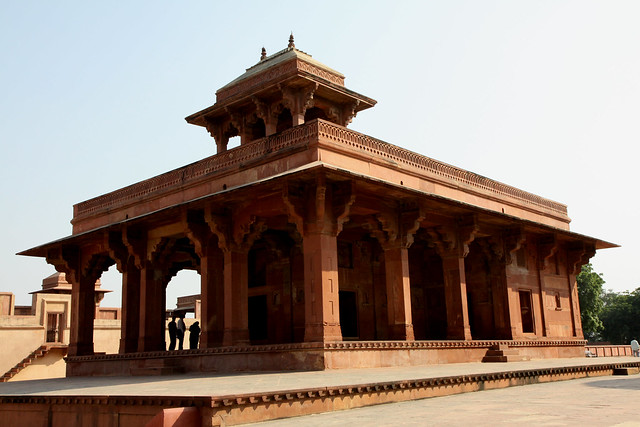 Panch Mahal also known as “Badgir”, which means windcatcher/tower. This is an extraordinary structure, entirely columnar, consisting of four storeys of decreasing size disposed asymmetrically upon a ground floor, which contains 84 columns. The pillars, that originally had jaali between them, support the whole structure. These screens provided purdah (cover) to queens and princess on the top terraces enjoying the cool breezes and watching splendid views of Sikri fortifications and the town nestling at the foot of the ridge. 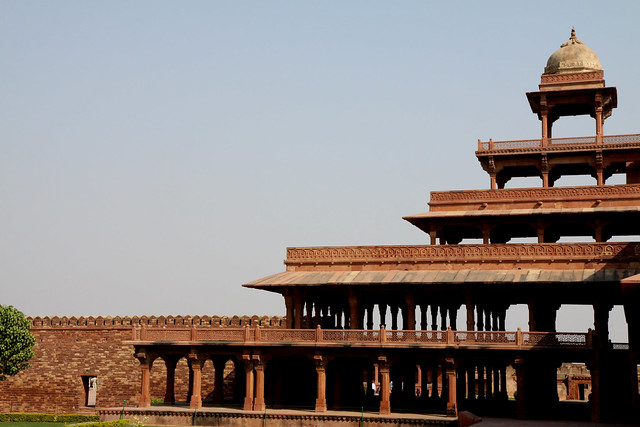 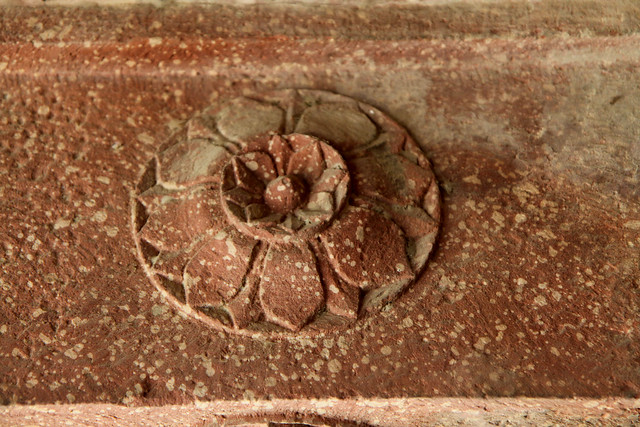 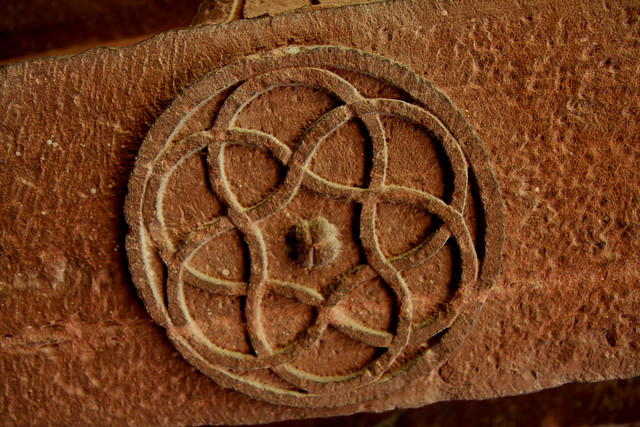 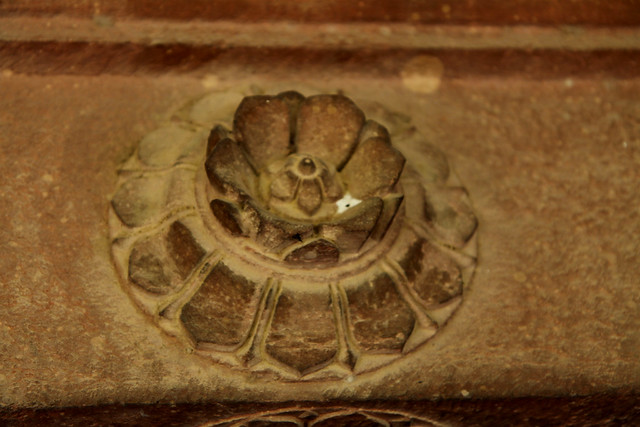 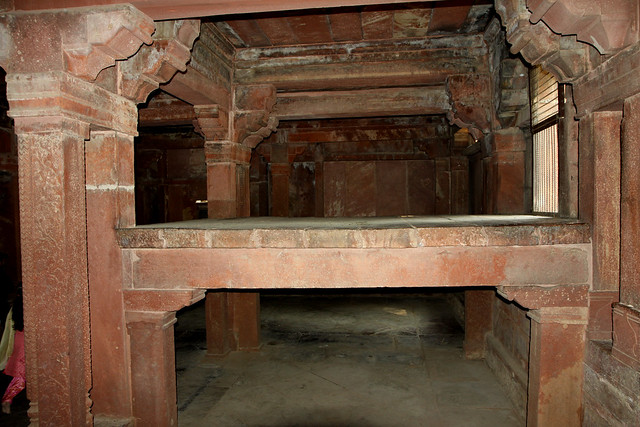 Diwan-i-Khas or the Hall of Private Audiences is where Akbar had representatives of different religions discuss their faiths. 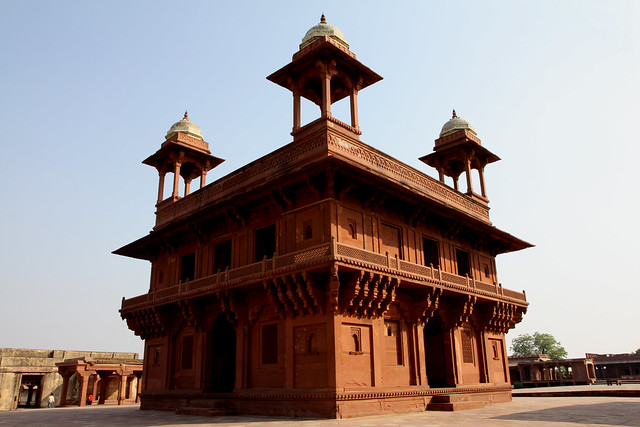 The Diwan-i-Khas is famous for its central pillar with thirty-six voluted brackets supporting a circular platform for Akbar. 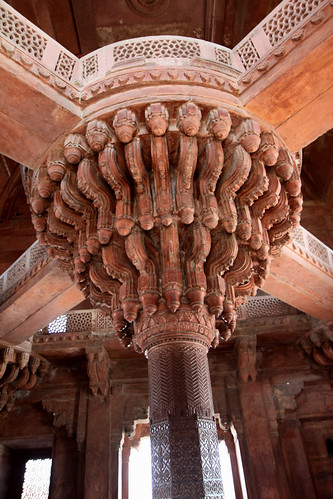 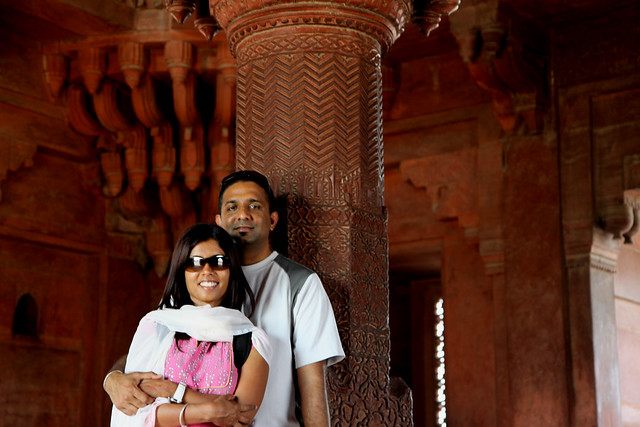