Nicknamed the Baby Taj, Itimad-Ud-Daulah is the exquisite tomb of Mirza Ghiyas Beg. 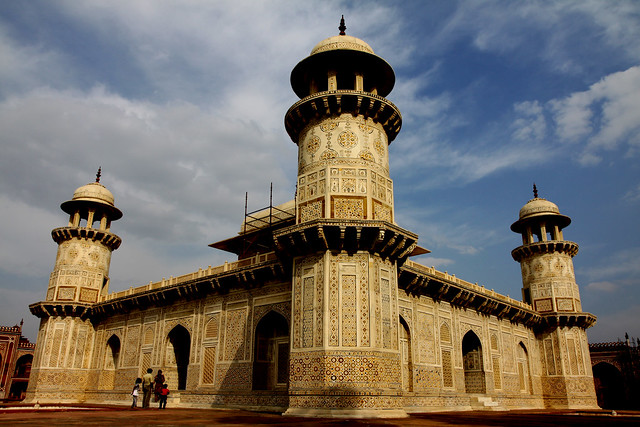 This persian nobleman was Mumtaz Mahal’s gradfather and Emperor Jehangir’s wazir (chief minister). His daughter Nur Jahan, who married Jehangir, built the tomb between 1622 and 1628 in a style similar to the tomb she built for Jehangir near Lahore. 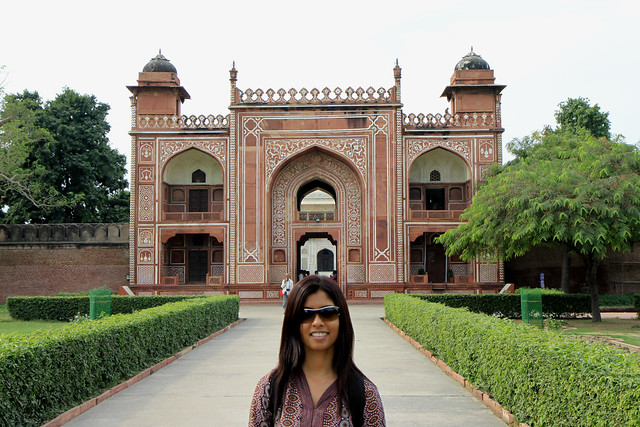 This was the first mughal structure to built completely from marble, the first to make extensive use of pietra dura and the first tomb to be built on the banks of the Yamuna. 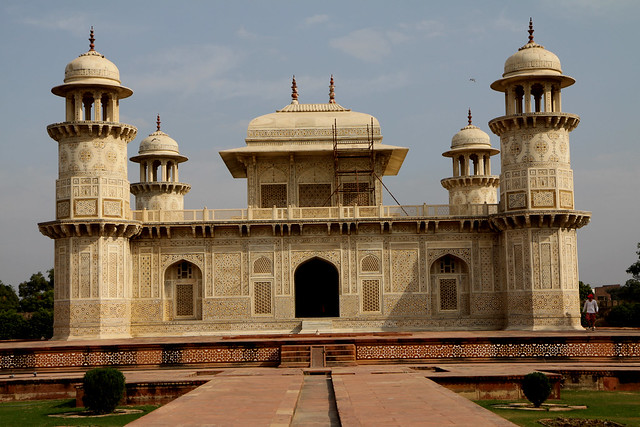 Jehangir lacked his dynasty’s leadership skills, but his wife Nur Jahan ruled the empire with the help of her family including her father, brother and uncle. Her father, Ghiayas-ud-din Beg was given the title Itimad-ud-daulah, Pillar of the Government.