Sikandra, a suburb of Agra, is known for the tomb of Akbar the Great. 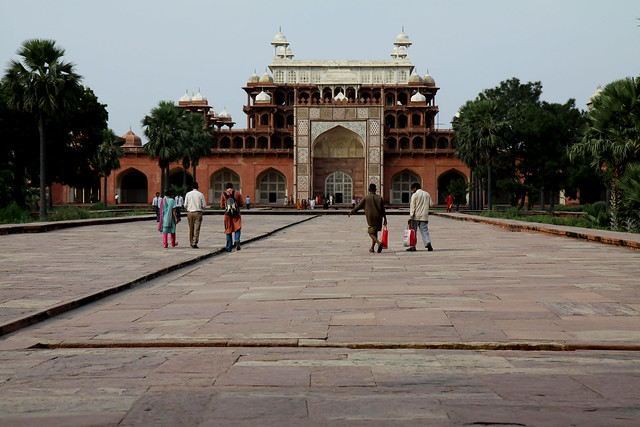 View from the entrance

This outstanding sandstone and marble tomb commemorates the greatest of the Mughal emperors. The huge courtyard is entered through a stunning gateway. It has three-storey minarets at each corner and is built of red sandstone strikingly inlaid with white-marble geometric patterns. The mausoleum is at sikandra, 10Km NW of Agra Fort. Construction of this aesthetic monument was planned and started by Akbar himself. But Akbar died before his mausoleum could be completed and his son Jahangir completed it. 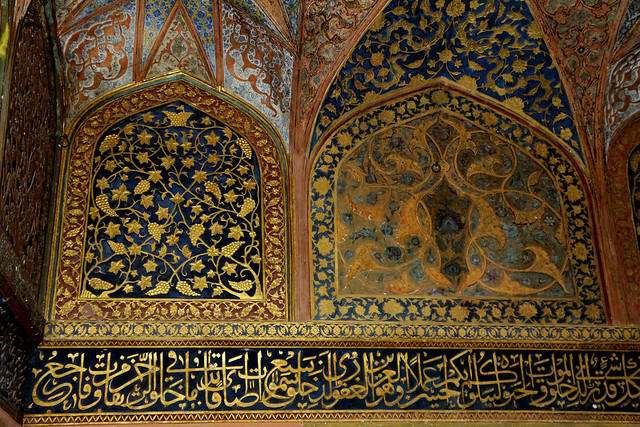 Intricate work inside the Mausoleum 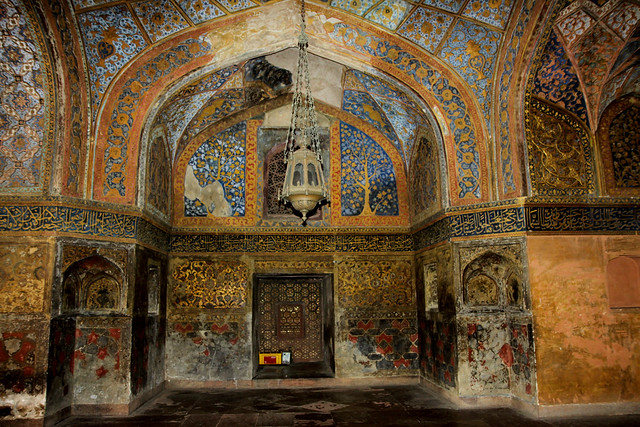 Intricate work inside the Mausoleum

Lord Curzon commissioned skilled workers to design a beautiful brass lamp fashioned after a model which hung in a Cairo mosque. 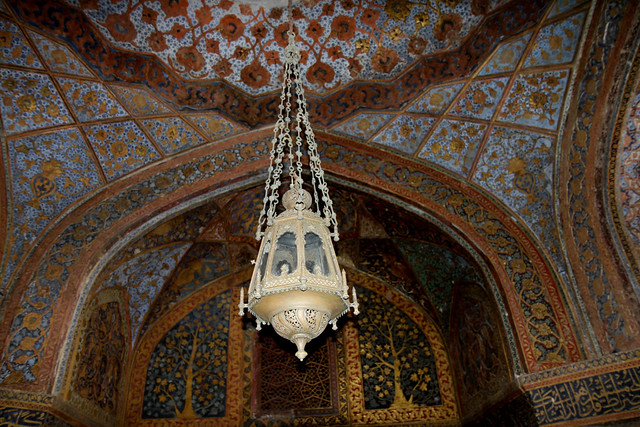 The custodian, makes ‘Allah O Akbaaarrrr’ echo around the chamber. It’s quite an experience to hear it echo. 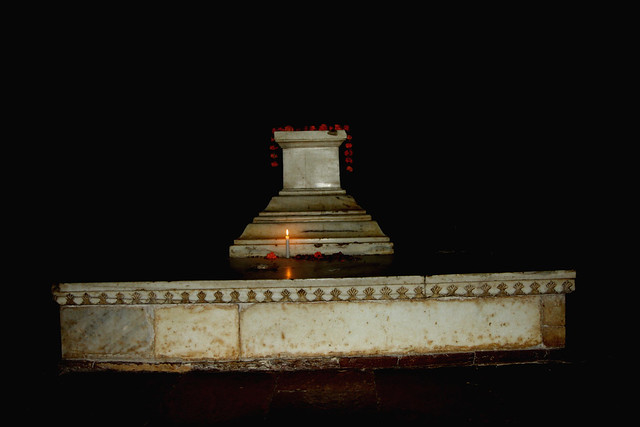 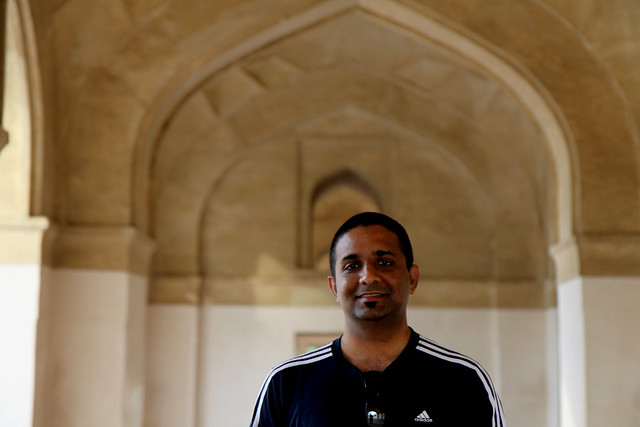 The walls are designed to carry sounds through the chambers. 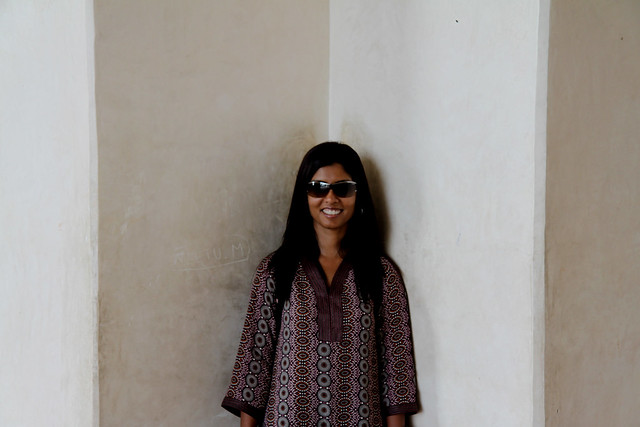 Savi at the ‘Phone Booth’ 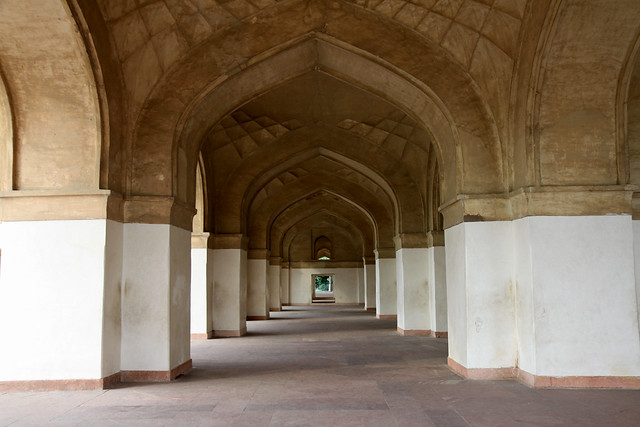 The mausoleum is surrounded by a beautiful garden, providing a tranquil ambience to the last abode of this great ruler. The British had introduced a few antelopes into this enclosure. This herd has thrived in this enclosure and now there are probably about 50-60 of them along with a few peacocks. 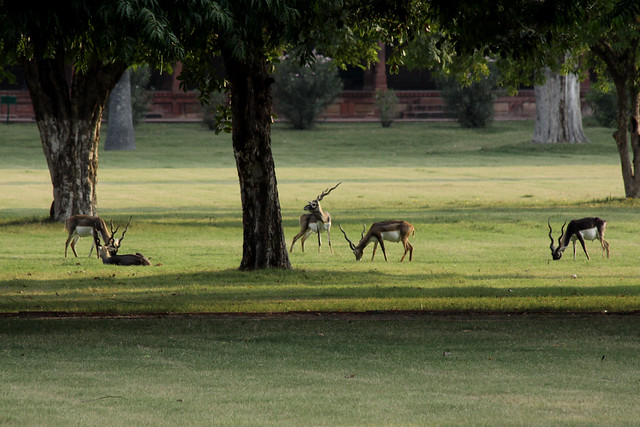 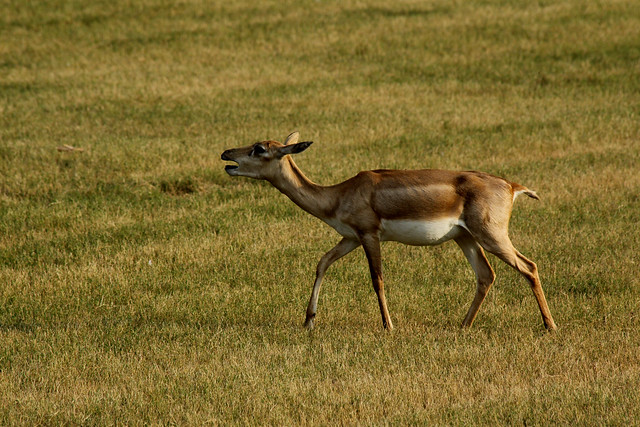 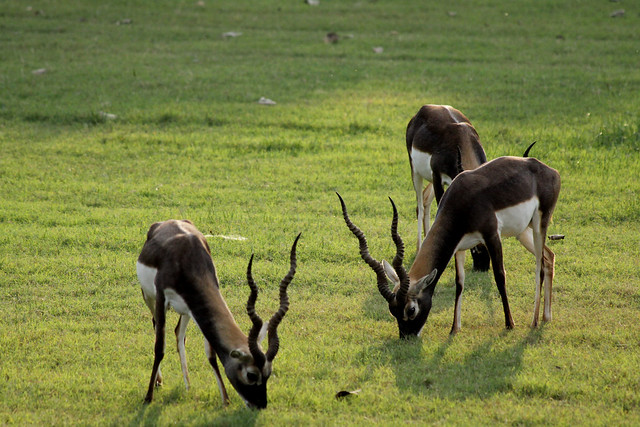 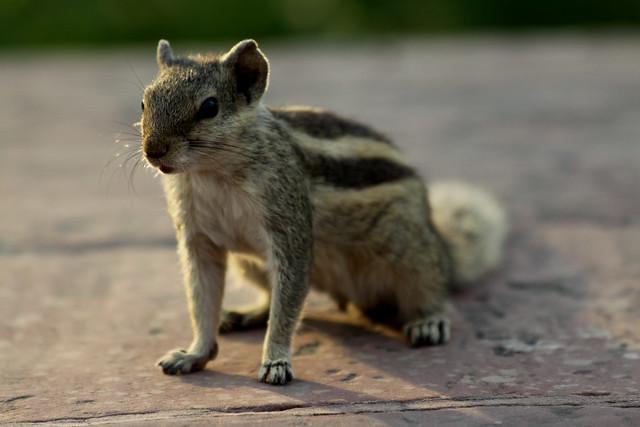 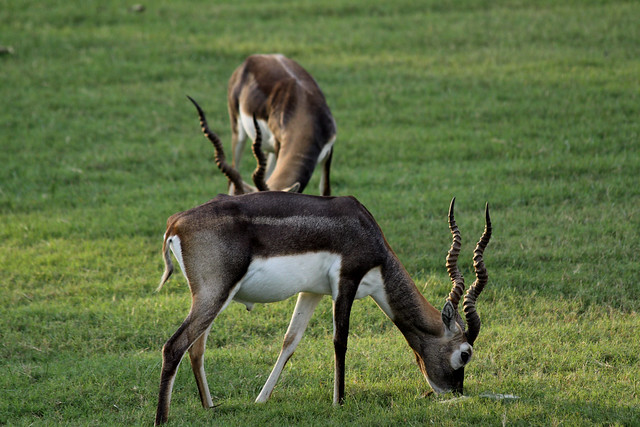